Be it his gangster avatar in John Woo’s A Better Tomorrow or Hollywood ventures like Crouching Tiger, Hidden Dragon and the Pirates of the Caribbean franchise, Chow Yun-fat has created a legacy like no other in the global entertainment scene. Chow’s journey to becoming the legend that he is, is nothing short of inspirational.

The Hong Kong native has starred in over 95 films, apart from taking on roles in more than 25 television series at the inception of his career. The charismatic star, with his easy-going style, stands at par with the likes of Bruce Lee, Jackie Chan and Jet Li. Here’s a compilation of some interesting facts about the modest megastar, who fans lovingly call ‘Big Brother’. 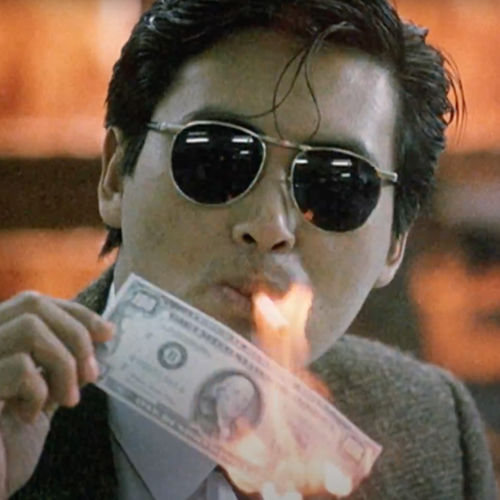 1. Where it all started: Chow’s humble beginnings

Chow was born on the tranquil Lamma Island in May 1955. His father worked on a Shell Oil Company tanker, while his mother was a farmer and did cleaning chores. In contrast to the wealth he would acquire, Chow grew up in a house with no electricity and had to take up menial jobs like that of a bellboy, postal worker, camera salesman and taxi driver. He even dropped out of school at the age of 17 to support his parents. However, destiny had other plans and Chow eventually found his calling.

In an interesting turn of events, Chow’s actor-trainee application was accepted by Television Broadcasts Limited, a Hong Kong-based broadcasting firm. The actor came into the spotlight after his first stint in 1976. However, it wasn’t till the mid-1980’s that Chow made a breakthrough.

Behind the glitz and glamour are the taxing hours that go into perfecting each scene, and filming came with a lot of on-set accidents for Chow. The actor had to be rushed to the hospital after being hit accidentally on the forehead by actor Kenny Wong. Despite his injury, Chow went on to complete the scene as if nothing struck him and later got five stitches at a medical facility.

It’s also known that Chow was nearly incinerated while filming the climax of the 1992 action thriller Hard Boiled. Lucky escape! Who needs a body double when you’ve got a knack for adventures like Chow? At 60, he performed his own stunts in the film From Vegas to Macau 3.

4. Chow’s collaborations with John Woo: recipe for a blockbuster

For those looking to familiarise themselves with the actor’s best works, all his collaborations with maverick director John Woo are a must-watch.  After receiving acclaim for his earliest projects, Chow came to the attention of Woo and the rest is history! Their first outing, the arousing gangster drama, A Better Tomorrow (1986), emerged as a blockbuster hit, putting Chow among the ranks of Asian honchos Bruce Lee or Jackie Chan.

Chow’s popularity grew manifold with the duo’s further alliances in – A Better Tomorrow II,  The Killer, Hard Boiled and Once A Thief.  It’s been over 3 decades since the duo churned magic on-screen, and we can’t wait for their next innings!

5.  Chow’s surprisingly modest lifestyle at the peak of stardom

Despite being one of the wealthiest actors in the world, what makes Chow stand out to his fans is his humility. It’s well-known that Chow loves hopping on public transport, eats at Hong Kong’s street food stalls and happily obliges fans with selfies and autographs.

Fun fact: The actor used a Nokia flip phone for the longest time, 17 years, before switching to a smartphone just a couple of years back. Even that happened because his well-trusted device stopped working. Bummer! According to a report in the Guardian, Chow has been spotted “lining up for tickets to watch his own movie.” We can’t get enough of his niceties!

6. Do you know Chow Yun-fat is one heck of a photographer too?

Adding to the endless list of Chow’s talents are his photography skills. Chow’s pictures first gained acclaim in 1997, thanks to his sister who dropped three of his works for a competition at a Hong Kong gallery under a pseudonym. The actor was surprised to learn that one of his shots bagged the third prize.

In 2008, Chow went on to release his first photo collection, containing snippets taken on sets of his films. The proceeds from the book sale were given to Sichuan earthquake victims. Luxury brand Louis Vuitton published the books, which were distributed across Paris and Hong Kong stores.

Chow Yun-fat was once married to Hong Kong actress Candice Yu, however, their brief encounter ended in just 9 months. The duo first worked together in Massage Girls (1976), with their romance finally culminating in marriage in 1983.

The short-lived marriage was at the centre of gossip mills. However, Chow soon found his life partner in Jasmine Tan. The couple started dating in the mid-’80s and tied the knot soon following a whirlwind romance. Tan was in for a surprise as the actor proposed to her out of the blue after an overnight shoot for An Autumn’s Tale. Chow and Jasmine have been enjoying marital bliss for over 30 years now.

8. Real vs reel: Chow Yun-fat has no martial arts training in reality

Oh, the irony! Despite being famous for acing those kickass martial arts moves on the screen, Chow hasn’t undergone any training. In an earlier conversation with Metro, the actor revealed that he relied heavily on stunt coordinators and wasn’t all as ‘athletic’ as it seemed. “I am not like Bruce Lee or Jackie Chan,” the actor mentioned while clearing the illusion common folk had about him.

9. Chow plans to donate most of his wealth to charity

The superstar has amassed massive wealth in his long-standing career, the majority of which he plans to donate to charity. As per Celebrity Net Worth,  Chow has a massive net worth of US$200 million. The actor, who also actively sponsors charity events, once remarked that he’ll give away 99% of his wealth to the needy by setting up a foundation.

Chow stepped out of his already-established reign in Hong Kong cinema and forayed into Hollywood.  Be it The Replacement Killers with Mira Sorvino or  Jodie Foster co-starrer Anna and the King, Chow was a force to reckon with among the who’s who of global entertainment.

His most lauded international project has to be Ang Lee’s Crouching Tiger, Hidden Dragon (2003), in which he starred alongside Golden Globe award recipient Michelle Yeoh. It was recently announced that the movie is being re-released in 4K – we can’t wait to watch these icons on the silver screen!

While you’re here, check out 10 facts about Michelle Yeoh you probably didn’t know!