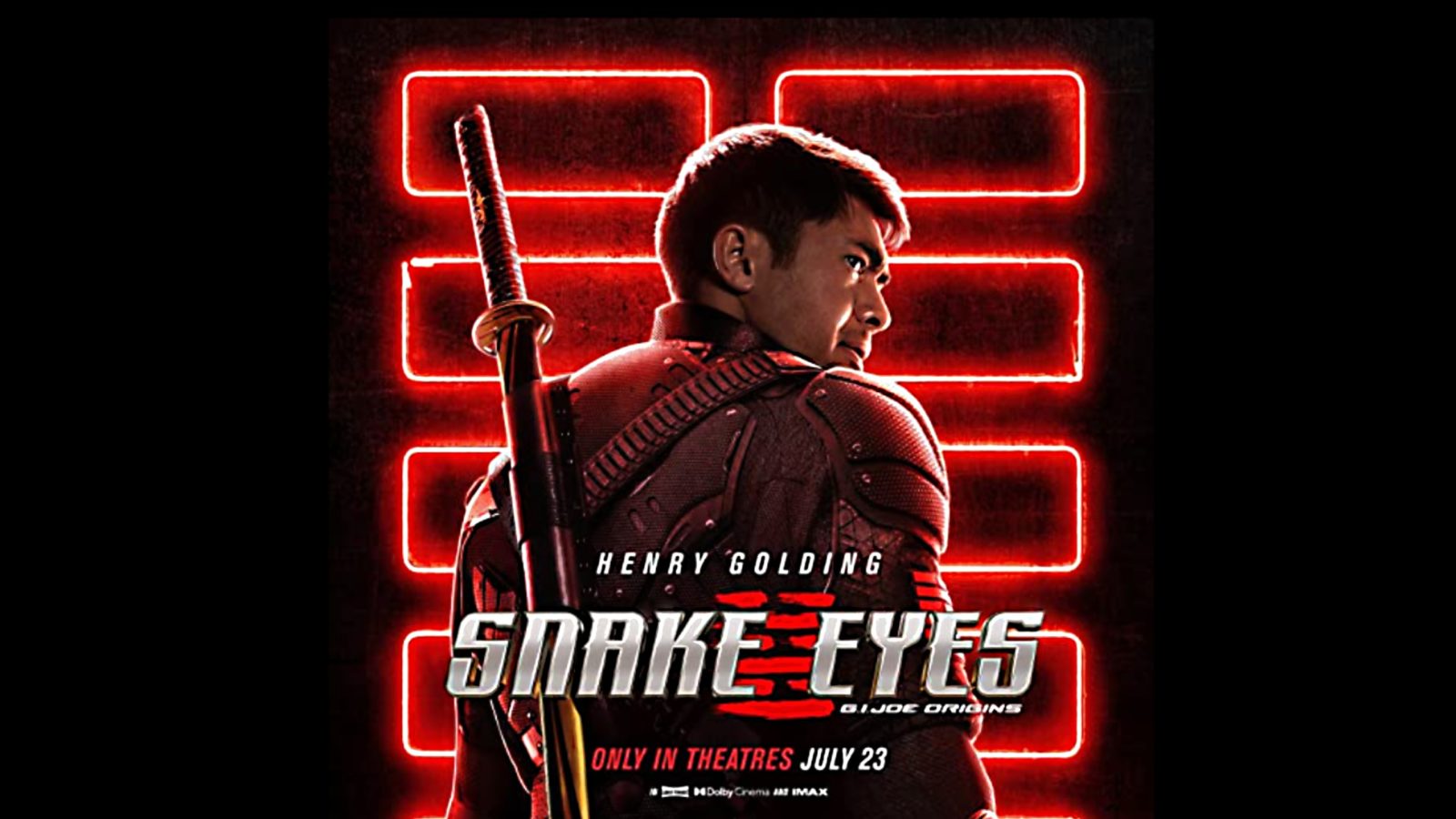 After a delay due to the pandemic, Paramount Pictures has finally revealed a first look at the Snake Eyes film. The standalone adventure and G.I. Joe spinoff stars Henry Golding as the titular character. The film also stars Andrew Koji (Warrior) as friend turned arch nemesis, Storm Shadow.

Fans of G.I. Joe are undoubtedly waiting for this film. After all, the ninja warrior has always been a fan-favourite character of the animated series. The character also featured in two previous live-action adaptations of the cartoon series.

Ray Park took on the mantle of the character in 2009’s G.I. Joe: The Rise of Cobra. He also reprised the role in the sequel, G.I. Joe: Retaliation, which starred Dwayne Johnson, in 2013. However, Snake Eyes: G.I. Joe Origins, seems to be far removed from this film continuity.

Just like Hasbro’s other franchise, Transformers, the new G.I. Joe spinoff seems to follow the path set by 2018’s Bumblebee. This reboot of sorts, paves the way to reset the action franchise based off the successful cartoon and toy line.

In this prequel/origins tale, Golding takes on the mantle of the G.I Joe warrior. Set years before his recruitment into the Joes, the story reveals how the tenacious loner is welcomed into an ancient Japanese clan called the Arashikage after saving the life of their heir apparent.

Upon arrival in Japan, the Arashikage teaches him the ways of the ninja warrior while also providing something he has been longing for: a home. But, when secrets from his past are revealed, Snake Eyes’ honour and allegiance is tested, threatening him to lose the trust of those closest to him.

Snake Eyes: G.I. Joe Origins is set for release on 23 July 2021. Check out the first look at the film below.