Home > Culture > Entertainment > The Batman to Top Gun: Maverick: 10 of the highest-grossing films of 2022 globally 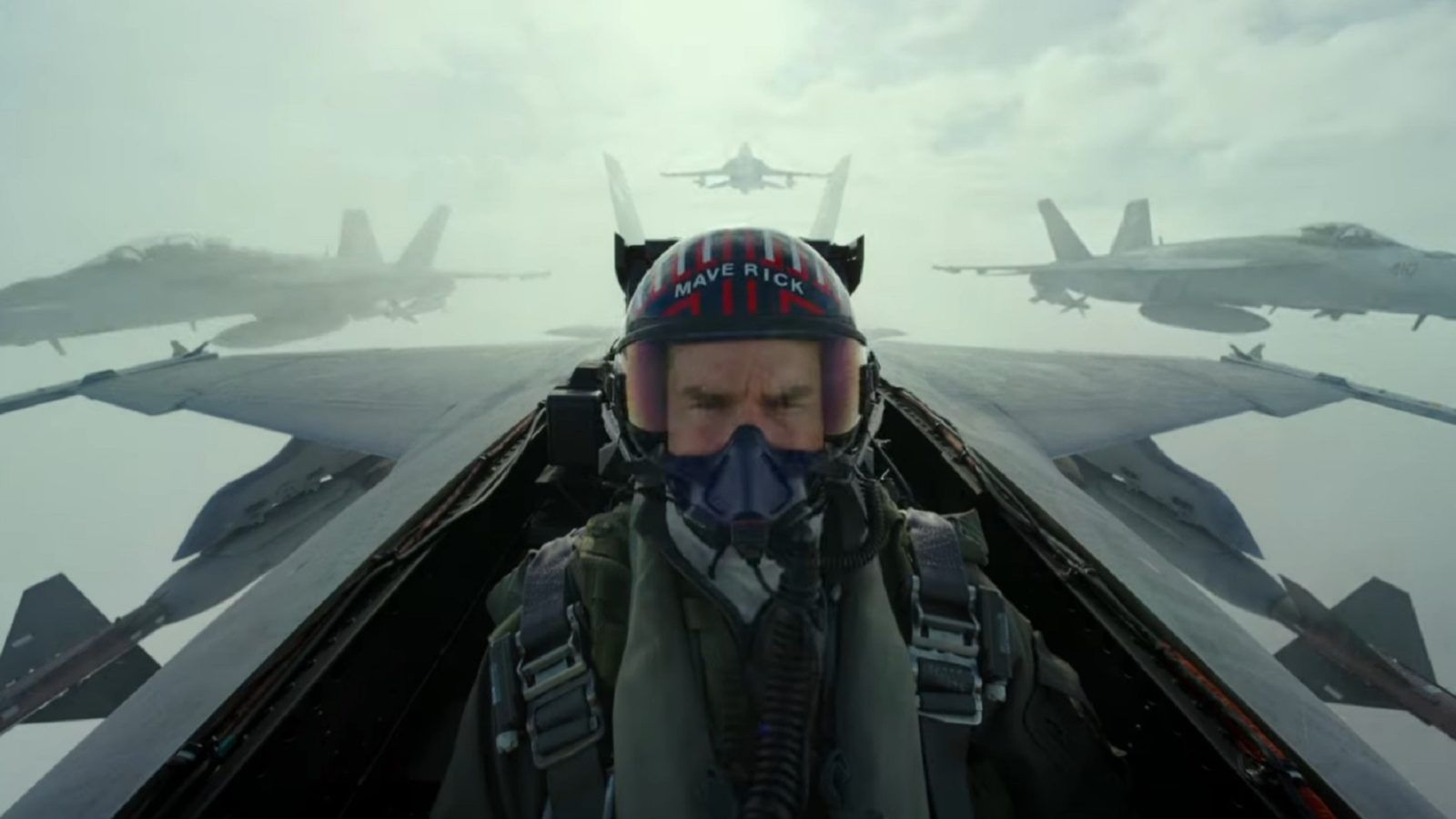 Culture
The Batman to Top Gun: Maverick: 10 of the highest-grossing films of 2022 globally
Share this article
Next article

With the year hitting the halfway point (where did the time go?), here are the ten highest-grossing films of 2022.

With the highest-grossing films of 2022 earning profits in millions, the future of theatre owners and production houses, relying on the big screen, looks bright indeed.

But this was not the case about two years ago. In early 2020, theatres were shut down because of the COVID-19 pandemic and the ensuing lockdowns. However, when conditions improved the following year, a handful of big-budget productions were released. Their promising performance on the screen raised hopes for both producers and cinema-goers.

Meanwhile, many of us who were stuck at home during the time flocked to our small screens to watch films on streaming platforms like Netflix and Disney+, keeping the joy of discovering outstanding cinema (and shows) alive.

But serious film buffs, who believe that the pleasure of watching a movie on the big screen is irreplaceable, eagerly waited for the theatres to fully begin operations, so that they can once again enjoy the latest releases.

Since the gradual re-opening of theatres, several big-budget films have earned millions at the box office. Marvel Cinematic Universe’s (MCU) Spider-Man: No Way Home and the James Bond film No Time to Die were among the highest-grossing movies of 2021.

The first half of 2022 has been promising. Five films managed to cross the USD 500 million mark and one is now in the billion-dollar club. One of the films is an MCU offering while another — a Chinese film — made most of its revenue in China.

With a flying start post its release on 27 May, Top Gun: Maverick scripted the biggest success story in Tom Cruise’s career at the US box office. While theatre audiences were captivated by the fighter jets screaming across the screen, critics highly praised the film during premieres and screenings at festivals such as Cannes. It is the second highest-grossing film of the pandemic era after Spider-Man: No Way Home, which earned USD 1.89 billion during its run.

One of the biggest films dominating the 2022 worldwide box office, the film is a sequel to Top Gun (1986). Its story is set over 30 years after the previous film’s events. Captain Pete ‘Maverick’ Mitchell (Cruise), one of the US Navy’s best fighter pilots, has to train a group of young pilots ahead of a mission. Among them is the son of Maverick’s late friend, whose death continues to haunt him.

Doctor Strange in the Multiverse of Madness

Doctor Strange (Benedict Cumberbatch) saves a teenager, America Chavez (Xochitl Gomez), who can travel between multiverses. Sensing a bigger threat to all the universes, Strange and Chavez seek help from other sorcerers, including Wanda Maximoff (Elizabeth Olsen), against an unknown adversary.

The third-highest-grossing movie in 2022, globally, The Batman marks the reboot of the franchise, headlined by the DC comic superhero. Critics describe it as a contemporary film noir, heavily inspired by the New Hollywood style of film-making from the 1960s through the early 1980s.

When a deranged psychopath named Riddler (Paul Dano) goes on a killing spree in Gotham, leaving behind cryptic clues, Bruce Wayne/Batman (Robert Pattinson) takes the charge. Digging deeper, the Dark Knight finds out about his family’s involvement in the city’s dark underbelly.

Other major stars in the film include Zoë Kravitz, appearing as Selina Kyle/Catwoman, and Jeffrey Wright, who became the first African-American actor to play James Gordon.

Four years after the events in Jurassic World: Fallen Kingdom (2018), dinosaurs and humans are forced to co-exist causing several encounters dangerous to both species. When the greed of humans creates a new threat, Owen Grady (Chris Pratt) and Claire Dearing (Bryce Dallas Howard) must risk their lives to save everyone they care about, including dinosaurs.

The film marks the conclusion of the dinosaur saga that began with Jurassic Park (1993), and is widely hailed for bringing together three of the prominent actors from the first film — Laura Dern, Jeff Goldblum, and Sam Neill.

Water Gate Bridge is a Chinese historical war film and a sequel to the major hit, The Battle at Lake Changjin (2021). Among the highest-earning movies of 2022, it continues the heroic story of Chinese People’s Volunteers (CPV) soldiers fighting against American forces during the Korean War (1950-1953).

According to one of the film’s producers, Yu Dong, Water Gate Bridge is based on true events. It shows how the Chinese forces prevented the Americans from retreating through the Sumun Bridge, also known as the ‘Water Gate Bridge.’

The film’s worldwide gross came from China and Hong Kong mostly, with Australia, the US and the UK contributing less than USD 200,000.

Nathan Drake (Tom Holland), a street-smart bartender with an impressive knowledge of history, is recruited by Victor ‘Sully’ Sullivan (Mark Wahlberg), to find the lost treasure of 16th century Portuguese explorer Ferdinand Magellan. Though Drake teams up with Sullivan, his suspicions about his recruiter grow as they face the dangerous billionaire Santiago Moncada (Antonio Banderas) and his mercenary associate Jo Braddock (Tati Gabrielle).

Uncharted is the first film based on the video game franchise of the same name. Although it received mixed reviews from critics, it became one of the highest-earning movies of 2022. According to Deadline, its blockbuster run during the opening weekend alone prompted Sony Pictures Motion Picture Group Chairman and CEO Tom Rothman to call Uncharted “a new hit movie franchise.”

Fantastic Beasts: The Secrets of Dumbledore

The third instalment of the Fantastic Beasts film series wasn’t received well by critics upon release. However, it made enough money at the box office, making a place for itself on the list of highest-grossing films of 2022.

Fantastic Beasts: The Secrets of Dumbledore revolves around two of the central figures of the film series Albus Dumbledore (Jude Law) and the powerful Dark wizard Gellert Grindelwald (Mads Mikkelsen). Dumbledore entrusts Newt Scamander (Eddie Redmayne), the protagonist, to form a team and go on a dangerous mission to thwart the plans of Grindelwald and his allies.

The sequel to Sonic the Hedgehog (2020) is about the superfast blue hedgehog named Sonic (voiced by Ben Schwartz) and his new friend Tails (voiced by Colleen O’Shaughnessey), who try to protect the earth from the evil Dr. Robotnik (voiced by Jim Carrey). However, Knuckles the Echidna (voiced by Idris Elba), who is known for his incredible strength, stands in their way.

Like the 2020 film, the sequel, too, is part live-action and part animation.

Based on the children’s book series of the same name by Aaron Blabey, The Bad Guys is currently the highest-grossing animation film of 2022.

When a gang of anthropomorphic criminals is caught, their leader, Mr. Wolf (voiced by Sam Rockwell), convinces the rest to play good to get out of prison. However, as they continue posing as transformed criminals, the gang, comprising Mr. Snake (Marc Maron), Mr. Shark (Craig Robinson), Mr. Piranha (Anthony Ramos) and Ms. Tarantula (Awkwafina), comes across a true villain who poses a bigger threat to their city than before.

Too Cool to Kill

Too Cool to Kill is the second Chinese film on the list of the highest-grossing films of 2022. Almost 100 percent of the film’s total earnings came from China, with the US, Australia and New Zealand contributing around 0.1 percent of the total gross.

The plot revolves around an amateur actor, Wei Chenggong (Wei Xiang), who is invited to play the role of the leading man in a film by a renowned actress Milan (Ma Li). But Wei is unaware of him being lured into a conspiracy, escaping from which requires his acting skills and luck.

marvel cinematic universe Top Gun Highest Grossing Films Box Office Doctor Strange
Manas Sen Gupta
Manas enjoys reading detective fiction and writing about anything that interests him. When not doing either of the two, he checks Instagram for the latest posts by travellers. Winter is his favourite season and he can happily eat a bowl of noodles any time of the day.
Travel Culture Entertainment Food
Sign up for our newsletters to have the latest stories delivered straight to your inbox every week.