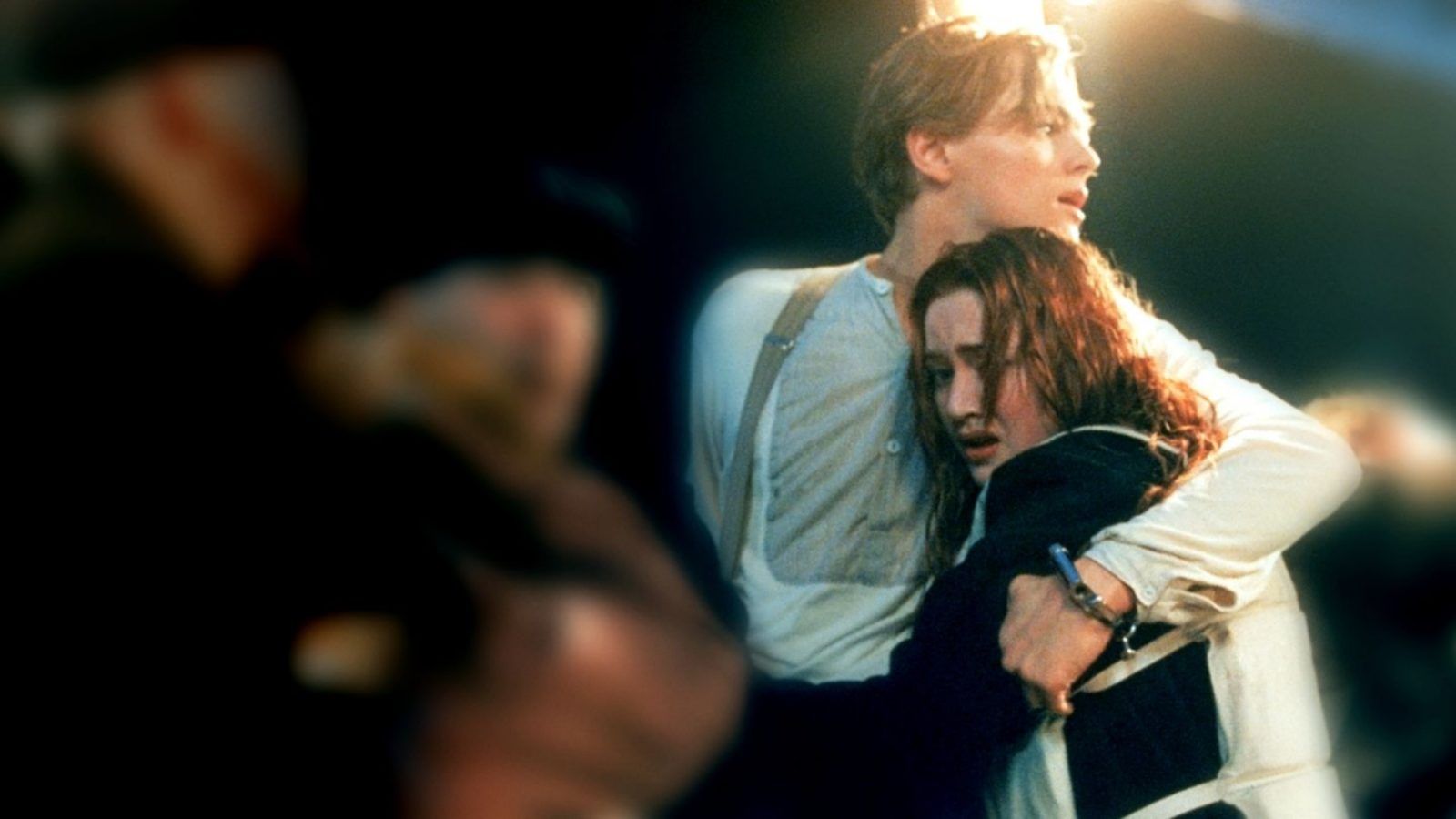 These movies made a lot of money.

What makes for some of the highest-grossing movies of all time? From the plot and the genre to cinematography and powerful performances, many factors contribute to making a film a hit and drawing earnest cine-goers to the theatres to watch the drama unfold on the silver screen.

Additionally, such is the craze around some renowned franchises, such as The Avengers or Star Wars, that all superhero and sci-fi movie enthusiasts flock to the cinemas to get every little detail of their fictional heroes, resulting in record-making opening weekends.

Taking a cue from this, we have outlined some of the top box office earners of all time (as per Box Office Mojo), including films from various genres such as sci-fi, romance and action.

Directed and written by Academy Award-winner James Cameron, this sci-fi fantasy is the highest-grossing film of all time. The story follows Jake Sully (Sam Worthington), a paraplegic ex-Marine, who is deployed on Pandora, an alien planet filled with exotic and evolved Na’vi beings.

During his tenure as an ‘avatar’, a human mind in an alien body, he falls in love with one of the Na’vi women, Neytiri (Zoe Saldana). However, Jake is conflicted about following orders given to him by his seniors and protecting Pandora and its indigenous people.

Avatar also stars Sigourney Weaver and Stephen Lang in prominent roles. Cameron, who has also co-produced the movie along with Jon Landau, wrote the first draft of the film’s screenplay in 1994, according to ABC News.

Avengers: Endgame is said to be the finale of 22 interconnected movies of Infinity Saga (2008-2019) in the Marvel Cinematic Universe.

In its previous instalment, Avengers: Infinity War, evil demigod Titan Thanos (Josh Brolin) misuses his powers to ruin the earth and the universe. The repercussions of the wreckage continue in Avengers: Endgame, where even the Avengers come together to undo the damage done by Thanos.

This second highest-grossing movie is directed by the famous Russo brothers, Anthony and Joe.

Another masterpiece by Cameron, Titanic follows Rose DeWitt Bukater, a centenarian, who shares her experience of being onboard the ‘unsinkable” R.M.S Titanic on 10 April 1912, with her granddaughter and the crew of the scientific research vessel, Keldysh.

When nineteen-year-old Rose (Kate Winslet) boards the ill-fated ship with her mother, fiancé and other aristocrats, she meets a drifter and artist named Jack Dawson (Leonardo DiCaprio), who wins third-class tickets to the luxury liner and boards with his best friend.

Through their journey, Rose gets close to Jack and learns to let loose. They eventually fall in love, but their feelings for each other are tested by the unprecedented collision of the Titanic with an iceberg in the North Atlantic.

Interestingly, it took about USD 200 million to make the classic film, which has etched its name among the highest grossing movies of all time.

The epic space opera movie portrays how a group of unlikely heroes come together to prevent a new threat from Kylo Ren, the grandson of Darth Vader.

Rey (Daisy Ridley), a desert scavenger, and Finn (John Boyega), a rogue stormtrooper, join hands with members of the Resistance to restore peace. To do so, they must find the legendary Jedi Master, Luke Skywalker (Mark Hamill), with the help of a droid, which carries the whereabouts of his location.

Since the first film released in 1977, Star Wars: Episode IV—A New Hope (later amended from its original title Star Wars), there have been 12 movies released in the franchise.

On the other hand, Thanos is determined to collect all the six Infinity Stones to realise his twisted goal. The fate of the planet lies in the hands of the Avengers, who must stop Thanos from implementing his evil plan.

Directed by the Russo brothers, the film casts Robert Downey Jr., Chris Hemsworth, Mark Ruffalo and other actors in prominent roles. It is the 19th film in the Marvel Cinematic Universe and the seventh instalment of Phase Three.

With his identity exposed as Spider-Man, Peter Parker (Tom Holland) asks Doctor Strange to help him restore his secret with an arcane ritual. However, when a spell goes awry due to Peter’s repeated interference, it results in ripping open the multiverse.

Peter then encounters villains from other Spider-Man movies like Dr. Otto Octavius/Doc Ock (Alfred Molina), Max Dillon/Electro (Jamie Foxx) and Norman Osborn/Green Goblin (Willem Dafoe), who are not only a threat to his future but also the multiverse.

Directed by Jon Watts, Spider-Man: No Way Home stars Tobey Maguire and Andrew Garfield, reprising their versions of the Spidey, along with Zendaya as MJ, Marisa Tomei as Aunt May, Jacob Batalon as Ned Leeds and Jon Favreau as Happy Hogan.

This thrilling sci-fi action movie revolves around Jurassic World, a dinosaur theme park, that shelters many genetically engineered hybrid dinosaurs, such as the ferocious yet intelligent Indominus Rex.

One day, the dinosaur escapes its containment, causing the other creatures to cut loose and join the killing spree. What follows is how dinosaur trainer Owen Grady (Chris Pratt) and the park’s operations manager Claire Dearing (Bryce Dallas Howard) race to save the tourists from a complete, prehistoric assault.

Jurassic World is directed by Colin Trevorrow. According to Hollywood Reporter, in 2015, he stated that the T-Rex featured in the film is the same as the one that appeared in the original Jurassic Park (1993).

The remake of the original 1994 movie of the same name, The Lion King (2019) received mixed reviews from audiences, especially those who had seen the earlier animated film.

The film follows Simba (voiced by Donald Glover), a young lion prince of the African Savanna, who is born to rule. But a conspiracy planned by his uncle Scar (voiced by Chiwetel Ejiofor) to take over the kingdom forces Simba to flee.

Simba finds new friends Pumbaa (voiced by Seth Rogen) and Timon (voiced by Billy Eichner) and learns about the desolate state of his formerly thriving kingdom in a chance encounter with a grown-up Nala (voiced by Beyoncé). He then decides to take back what is legitimately his.

This movie brings together Iron Man, the Hulk, Captain America, Thor, Hawkeye and Black Widow for the first time as Avengers to prevent the notorious Loki (Tom Hiddleston) and his alien army from invading the earth.

Directed by Joss Whedon, The Avengers had a phenomenal run at the Box Office. It earned a record USD 200.3 million in its opening weekend, setting in motion the dominance that Marvel Cinematic Universe movies are now widely known for.

Facing threats from faraway Abu Dhabi and at home in Los Angeles, the gang reunites to protect their families. They are offered help by a government agent in exchange for rescuing a kidnapped hacker who has developed a powerful surveillance programme.

Starring Dwayne ‘The Rock’ Johnson, Michelle Rodriguez, Tyrese Gibson and Ludacris, among others, Furious 7 is directed by James Wan. The film was the last time fans saw Paul Walker on the big screen before his death.

Star Wars Titanic the avengers the lion king Avatar
Moyena Parikh
Moyena loves exploring personal development and spirituality. She believes in the power of words. She is also passionate about food, dancing, finance, and her family.
Lifestyle Culture Entertainment Wellness
Sign up for our newsletters to have the latest stories delivered straight to your inbox every week.