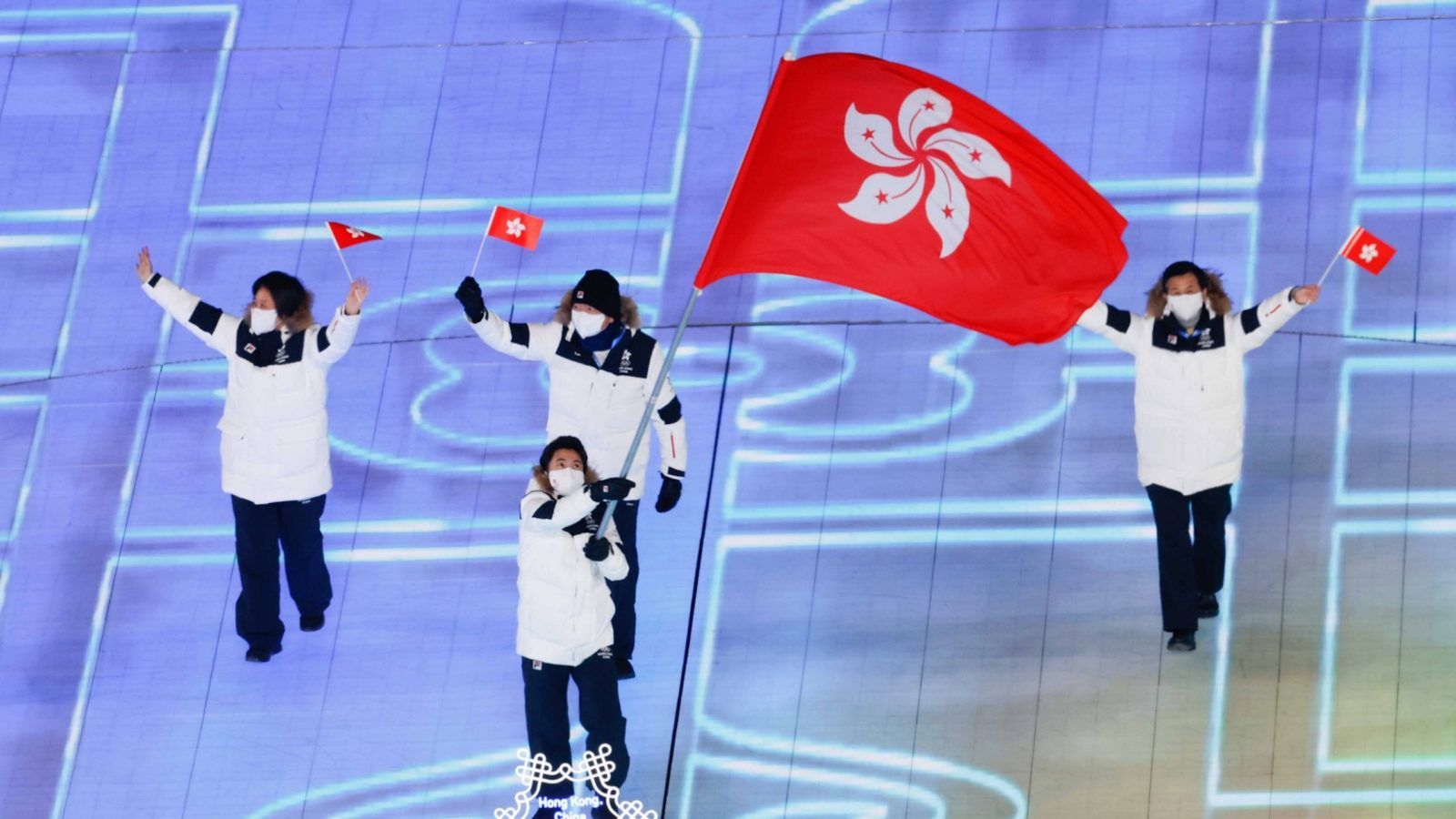 With the Winter Olympics underway, these are the athletes competing for Hong Kong in Beijing.

After our city’s stellar performance at the Summer Olympics in Tokyo last year, it’s safe to say we’ve been keeping our eyes out for the sight of a Hong Kong flag and athletes to cheer. The Winter Olympics kicked off on Friday, 4 February in Beijing (with a few preliminary events beginning on 2 February) and is set to see over 100 events before the closing ceremony on 20 February.

This year’s Hong Kong Winter Olympics team is our biggest to date, representing the city in alpine skiing and short-track speedskating — here’s who to look out for.

3 Hong Kong athletes to watch at the Beijing Winter Olympics

Team Hong Kong has been participating in the Winter Olympics since 2002, but this young trio is the most we’ve ever sent in and the first time we’ve had athletes across more than one sport. And they’re all debutants. Not bad at all for a city without snow.

Speed skater Sidney Chu’s already garnered some attention on Chinese social media — the 22-year-old (the oldest of the three) flag-bearer trended on Weibo for being “handsome” with a “cute Mandarin accent” after the opening ceremony. Chu is competing in the men’s 500m short-track heats on 11 February (quarterfinals, semifinals and finals will take place on 13 February). Previously, he won silver in the 100m and bronze in the 500m at the 2019 Asian Championships.

19-year-old Audrey King kicked things off for Hong Kong on Wednesday in the women’s slalom (alpine skiing), making her Olympic debut despite a Covid-19 scare. King is a former Youth Olympian, who deferred her entry to Harvard University to compete at Beijing.

At only 17, Adrian Yung Hau-tsuen is the youngest member of Team Hong Kong this year. He’s also the city’s first men’s alpine skier at a Winter Olympics. Yung is a former junior British Alpine champion, having grown up in the United Kingdom — his father is a Hongkonger. Watch him at the men’s giant slalom on 13 February and the men’s slalom on 16 February.

Olympics Winter Olympics hong kong athletes beijing 2022 olympics 2022 Beijing Winter Olympics
You might also like ...
Style
Winter Olympics 2022: Team outfits and the brands who designed them
Culture
These seven events will debut at the 2022 Beijing Winter Olympics
Culture
Set to Shine: These are the 5 athletes to watch at Beijing 2022 Olympics
Culture
Hong Kong athletes to watch at the Tokyo 2020 Paralympics
Sakina Abidi
History graduate and poetry person, Sakina is a recovering journalism student currently in editorial. You are most likely to find her hunting down new eats on Instagram (halal please!) and lusting after Korean skincare drops.
Sign up for our newsletters to have the latest stories delivered straight to your inbox every week.