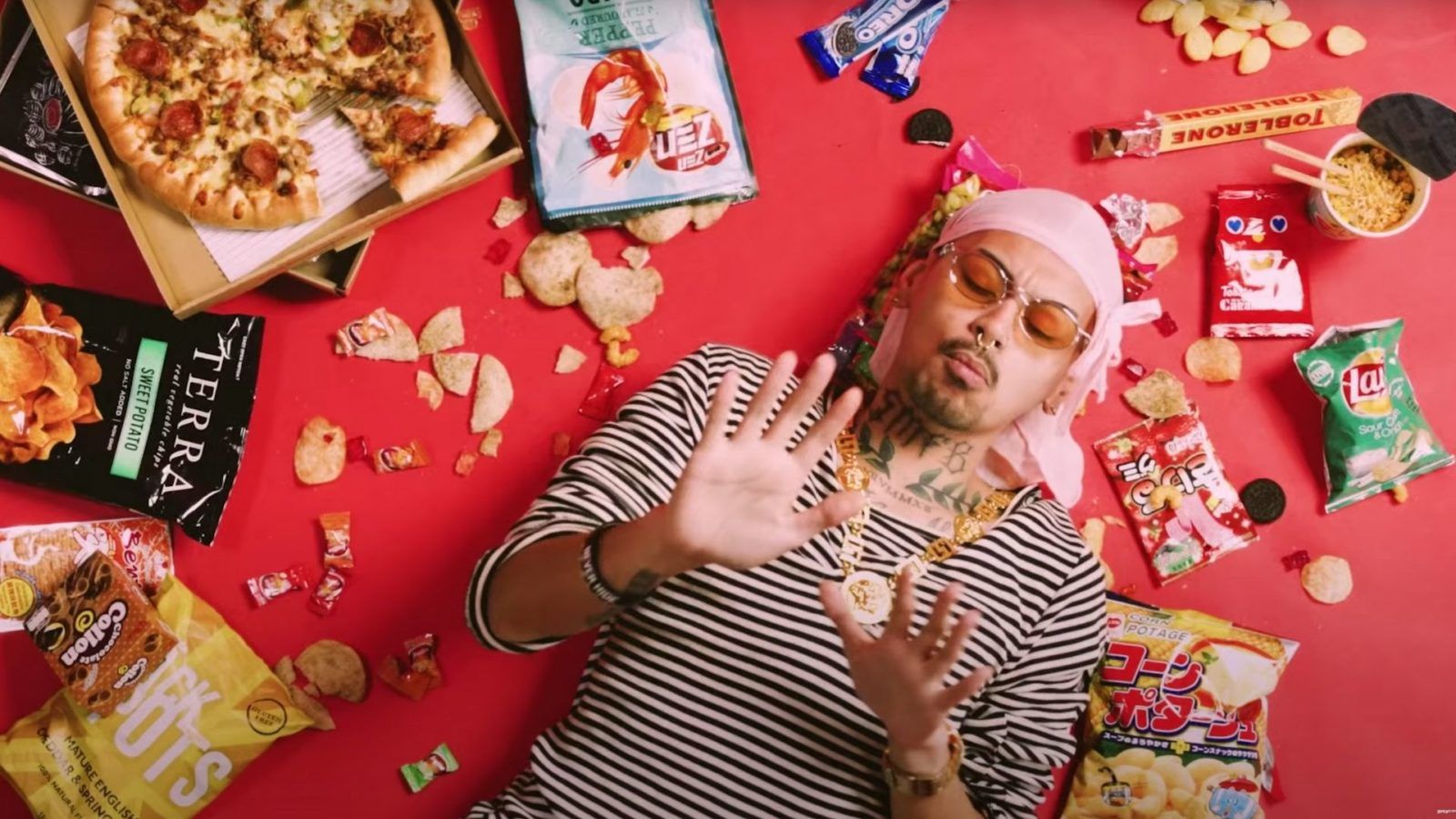 Humour and hip-hop in Hong Kong: A retrospective

Culture
Humour and hip-hop in Hong Kong: A retrospective
Share this article
Next article

From “Hollywood Grand Hotel” to “T.S.W Gang Gang”, humour — especially in the Cantonese tongue — has long been an element in Hong Kong hip-hop. Today, we have a look at classics through the decades to see what changed, and what didn’t.

Comedy and music — two distinct art forms. It takes talent to hone either, but mastering both takes dedication and a whole lot of trial and error.

On the international scale, we have household names such as The Lonely Island and LMFAO, the masterminds behind hits that not only dominated the charts, but also the collective memories of 2010s partygoers. The lyrics are both silly and unforgettable, and taking themselves seriously is the last thing on their minds.

Looking back at Hong Kong’s cultural history, it’s a common criticism that the scene is plagued by excessive amounts of sentimentality and romance — perhaps confirmation that artists and musicians alike do have an innate sense of poetry roaming through their veins. Either way, the audience wants more; the delicate feeling of butterflies is alive and well, yes, but what about the other emotions we experience daily? Representation matters, and all that.

Enter comedy as the Cantonese cultural contender. Gone are the melancholy lamentations of heartbreaks and destinies unfulfilled — in their place stand ridicule and satire that often hit a little too close to home. However, the line between “serious work” and mindless parody is so blurred, almost nonexistent — what distinguishes immersive storytelling and clever wordplay from stoned (hey, no shade) midnight musings? Life’s greatest insights can be just as clear through a playful lens. Consider this a reminder to us all.

Humour and Hip-Hop in Hong Kong

If you speak some degree of Cantonese, you’ll have heard of “Hollywood Grand Hotel”. No matter the year, this sing-song tale of three heavy-set ladies playing ball on the side of a river is someone in the group’s top go-to on karaoke night. It’s often said that certain things walked so their successor could run; in Wan Kwong’s case, he was sprinting all along.

Acclaimed for fusing vulgar puns and slice-of-life material into his works, Hong Kong’s beloved Temple Street Prince sheds the first ray of light that “music doesn’t have to be polished”. With subsequent hits such as “Counting Hair” and “Ignoring Father”, Wan Kwong’s experiments with taboo subjects ranging from sex and anti-filial piety, have formed a core memory for the average Hongkonger. Interestingly enough, the ’80s often had a way of being simultaneously more fun and conservative than today.

More than 20 years after “Hollywood Grand Hotel”, a video platform called YouTube was garnering popularity. This form of free entertainment made it possible for musicians and audiences to connect without the traditional one-way limitations of the past — and let Cantonese humour flourish in a way only hip-hop could allow.

As a curious middle schooler during this time, my favourite pastime? Logging onto the ‘net and clicking every video on YouTube’s front page — among which, the 144p lyric video (way ahead of their time) by disco group MP4 for the song, “Your Dad’s Smoking Crack (你老豆索K)”.

Negligence on my parents’ part aside, this track features fire bars about nightlife over an energetic dance beat, worth plenty of cool points when recited to your friends during recess. Despite its unrestricted accessibility to an immature audience, “Your Dad’s Smoking Crack” is not without merit: it paved the way of success for LMF, another Cantonese hip-hop group who grabbed attention with its penchant for profanities before later exploring more serious social issues with the song “2019”.

JB asks the question we’re all wondering in “This Guy Why So Fat (點解咁撚肥)”, and the audience is eating it up. With a stomping beat that features 8-bit influences, this 2018 hit hits you with a hook that repeatedly urges you to reflect on your dietary habits.

Enchanted by JB’s signature intimidating presence, “This Guy Why So Fat” tackles our everyday body image struggle by presenting us nothing but cruel, hard facts: you eat like a beast.

Haters will say the repetition of the hook is lazy writing, but when you’re having this fun and delivering an important, albeit crude message, emphasis is one of the best instruments in your employ — moreover, JB doesn’t have to take advice from nobody.

To put it simply, “T.S.W Gang Gang” was the height of Hong Kong rap when it dropped. No disrespect to other spitters in the biz, but nothing got a crowd warmed up two years ago like this TomFatKi hit, and best of all, it still holds up to this day.

A trap record depicting the everyday life of a juvenile triad from the distant land of Tin Shui Wai, “T.S.W Gang Gang” is not stingy in peppering in IYKYK references for residents of the district — “small 7-11, big 7-11”, “Grandeur Terrace” and more — somehow adding to the mystery of this City of Sadness.

Taking the humour to the next level, the music video spotlights the Chinese equivalent of Comic Sans and probably one too many triads in the mix. It’s crowded, it’s a banger, but most importantly, it showed aspiring Hong Kong trappers that life imitates art. Drawing inspiration from mundane moments may just be the way to go.

Hong Kong Music Hip Hop Hong Kong Musicians lsamusic tomfatki hong kong music
Michelle Chan
Hotel living enthusiast who is into anything remotely goth. Listening to Army of Lovers and HIM with noise-cancelling headphones in the streets of Wan Chai, juice in hand. Email me anything interesting!
Sign up for our newsletters to have the latest stories delivered straight to your inbox every week.