BTS member Jin started his mandatory military service on 13 December, becoming the first member of the acclaimed K-pop supergroup to do so.

The BBC reports that the 30-year-old BTS vocalist, who is the oldest in the group, entered an Army training centre in Yeoncheon, which is located around 60 kms from capital Seoul near the border with North Korea.

Culture
Looking to read something new? BTS members have some books to recommend 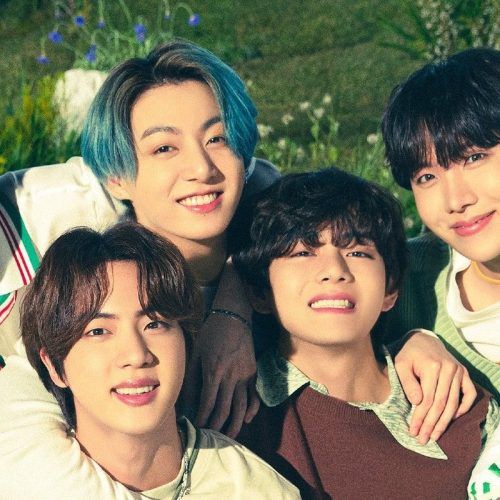 Jin has completed five weeks of basic military service training in South Korea. Jin shared pictures in military uniform for the first time since enlisting last month on the fan community app Weverse. He wrote, “I’m having fun. I’m posting a photo with permission from the military,”. He added, “Army, always be happy and stay well,” he added.

Jin, whose real name is Kim Seok-jin, underwent five weeks of military training at the boot camp along with 200 others, following which he will be dispatched to the frontline and attached to a unit near the North Korean border.

He will be serving a total of 18 months with the South Korean Army.

In anticipation of the significance of Jin’s enrollment, BTS’ label Big Hit Music had requested fans to stay away from the camp.

“We ask you to keep your heart-warming words of support and farewell in your hearts,” the label said in its message to fans.

But Yonhap news reported that the military placed 300 personnel, including police, medical and local authorities, on standby anticipating a gathering of journalists and fans. According to Associated Press, around 20-30 fans already arrived at the camp on the day of Jin’s enrollment.

What to know about Jin joining South Korean Army

What Jin said before his enrollment?

A day before the start of his military service, the K-pop idol posted a photo of himself showing his new military haircut on the online fan platform Weverse calling it “cuter than I had expected.”

In his last message to fans before joining the Army, Jin referred to a character called Jhin in the video game League of Legends.

“Now it’s curtain call time,” he wrote in Korean, adding “I wanted to do it when I went to the army.”

Jin’s enrollment marks the start of BTS’ official hiatus as a group. The other six members — RM, Suga, Jimin, J-hope, V and Jungkook — will also be following Jin in that order for their respective mandatory military service in the near future.

The group, which has been nominated in multiple categories at the 2023 Grammy Awards, will now reconvene sometime in 2025, once all members have completed their military service.

Before entering the military, Jin released his solo debut single “The Astronaut” with Coldplay on 28 October. It sold 700,000 copies on the day of its release.

Jin had left the ARMY — fans of BTS — in tears at the 2022 MAMA Awards in Osaka, Japan, on 30 November while assuring them of his safety in the military.

“I won’t be able to see you in public for a while, but I’ll come back with good music next time. Everyone, I’ll be back safely from the military,” Jin said after he was called on the stage by band-member J-Hope.

What happens at the boot camp?

As per BBC, cadets at the Yeoncheon boot camp share a tough life. They sleep on mats on the floor and share rooms with 30 people.

All conscripts are trained in firing live ammunition and handling weapons. They are also taught how to use grenades.

The report says that cadets are also trained in survival skills inside a sealed gas chamber.

Which frontline unit will Jin join?

There is no word on which of the many South Korean military frontline units BTS member Jin will be attached to. But the boot camp that he entered is of the 5th Infantry Division — one of the most forward divisions in the South Korean army.

The 5th Infantry Division is stationed at the Demilitarized Zone (DMZ) — the 4-km-wide and 250-km long strip of land that separates the North and South Korean borders.

The DMZ is one of the world’s most heavily guarded and extremely risky places, with a long list of border-related incidents since its establishment in 1953.

South Korean troops stand watch in all seasons, with live ammunition and weapons, behind fences separating them from the North at the DMZ. They can see North Korean troops in clear line of sight.

But the BBC says that Jin might not be sent to the DMZ itself and stationed somewhere away from it.

Wherever Jin may be assigned, the winter season is particularly harsh along the border with temperatures often plummeting to -20 degrees Celsius.