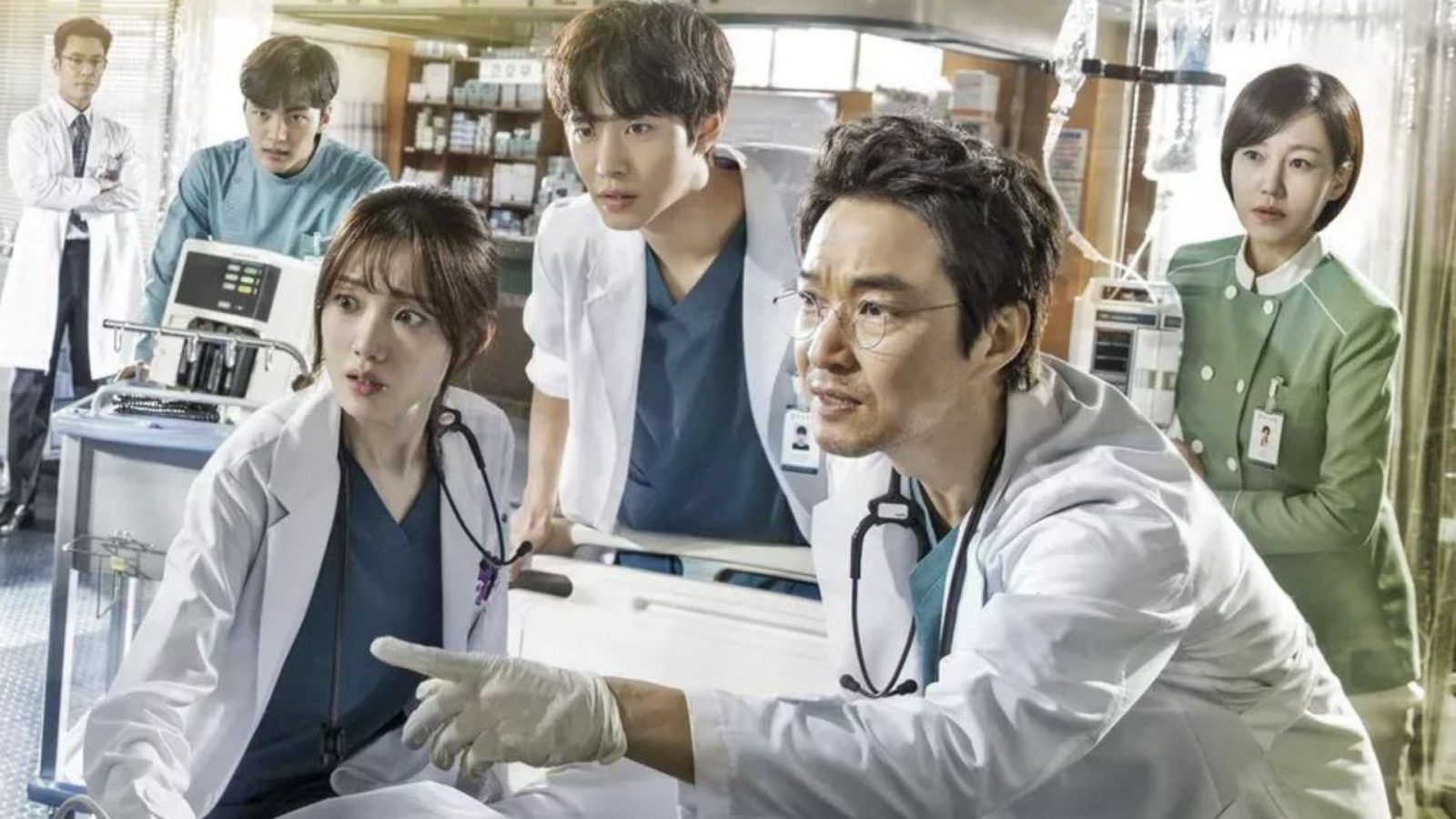 In the world of K-dramas, anything can happen. Nothing short of more, medical k-dramas are full of emergencies, jaw-dropping plot twists, eerie supernatural elements, and generous doses of romance. If you’re game for some good old-fashioned bingeing, add these titles to your watchlist.

Medical dramas made their debut in the world of entertainment in the 50s with City Hospital. The show spotlighted the professional and personal lives of doctors and was an absolute hit. Fast forward to several years later and Grey’s Anatomy captured the television screens of homes across the world, continuing to spark debates (team McDreamy or McSteamy?) and inspire memes to this day. Naturally, the allure of actors in scrubs as they deal with life and death situations is undeniable. K-dramas however kick things up a notch with dreamy romances, action-packed sequences, and supernatural sub-plots. Here’s our pick of the most entertaining titles.

Exciting medical K-dramas to add to your weekly watchlist

This show follows five doctors who’ve been friends since they first stepped foot into medical school. Now working in the same hospital, the group cope with everyday hurdles as well as their passion for music. The latter leads them to form a band, although the lead singer has little talent or experience for the position. Hailed for being one of the most heartwarming K-dramas, you can expect to laugh, cry, and root for the characters. Also vital? The underlying theme of honouring friendship regardless of the course life takes.

This highly-rated medical K-drama follows Boo Yong-joo, a board-certified surgeon at the top of his game, with a position at a respected centre. A traumatic incident, however, causes him to change his name and leave his former life to start practising at a small hospital in Gangwon province instead. Along the way, he teaches a set of young doctors to navigate the murky aspects of their profession – power and money – to focus on saving lives. Expect to get a glimpse into the lives of medical professionals with plenty of character development, heart-warming dialogues, and – as the title suggests – romance. Best part? Once you’re through season 1, there’s a whole new season to binge watch. That’s a win in our books!

Another highly-rated medical K-drama, Doctor John follows two talented doctors of anesthesiology who are quite good at their jobs. People with mysterious illnesses or chronic pain or ache often drop by to see them, hoping for a cure. As the two work together, they debate euthanasia, learn to tackle life’s most daunting questions, and fall in love. At once engaging and heart-warming, you’ll discover plenty of thought-provoking moments in the show. Expect the cases that come in to keep you on the edge of your seat as well.

Kidnapped by North Korea as a child, Park Hoon’s father – a popular doctor – learns medicine and earns a reputation for being a rather genius thoracic surgeon. He then tries to defect to South Korea with his high-school sweetheart Jae Hee only to lose contact in the process. The show follows a determined Hoon looking for the love of his life as he battles the challenges that come his way in the process. Expect riveting medical emergencies, mind-boggling plot twists, and well-executed character development. If reviews are anything to go by, this one makes for a captivating watch.

This romantic K-drama follows the life of neurosurgeon Yoo Hye Jung who’s had a rebellious past. Her life changes when she meets her mentor Hong Ji-hong, who inspires her to take up medicine. The two, however, part ways due to a report of their close relationship. Now on the path for justice after her grandmother passed away, Hye Jung is a unique, yet relatable character. She’s put up many walls to those around her due to her traumatic past, all while holding a ton of compassion for them. And as she ascends the ranks of medicine, she’s reunited with Hye-jung – a whopping 13 years later. Watch this title for the medical drama, stay for the romance and character development.

Adding a gory twist to this lineup, this fantasy K-drama follows a genius hepato-pancreato-biliary surgeon who practises at the best cancer research hospital in the country. The only catch to his life-saving journey? He’s also a vampire that needs blood to survive. Despite his outwardly cold and unfeeling demeanour, he yearns to form bonds with people – masking his trauma and soft heart in the process. Add to this storyline a slow-burn romance, exciting office politics, and intriguing medical cases. Prep for some gore in your viewing experience as well. That aside, this one’s a must-watch.

Descendants Of The Sun

Known for furthering the Hallyu (Korean) wave across the globe, this iconic show follows the life of Haesung Hospital surgeon Kang Mo-yeon as she grapples with the complications of her feelings for South Korean Special Forces agent Captain Yoo Shi-jin. Fate brings them to a fictitious war-torn country – Urk – where a team of doctors led by Mo-yeon help the army keep peace. Along the way are hair-raising surgeries and nerve-wrecking medical emergencies. This includes an infectious disease that requires quarantining. Combine that with action-packed sequences and dreamy romance you’re bound to stay hooked.

This K-drama follows a warmhearted emergency room doctor as well as the new president of one of Korea’s top-rated hospital. The former places life above material gain while the latter is keen on earning profits. Although this might set the stage for the classic ‘good’ vs ‘evil’ debate, the show explores the two concepts with sensitivity and wisdom – allowing viewers a peek into the more grey areas of the discourse. Expect intriguing cases, nuanced characters, and plenty of learning with this show.