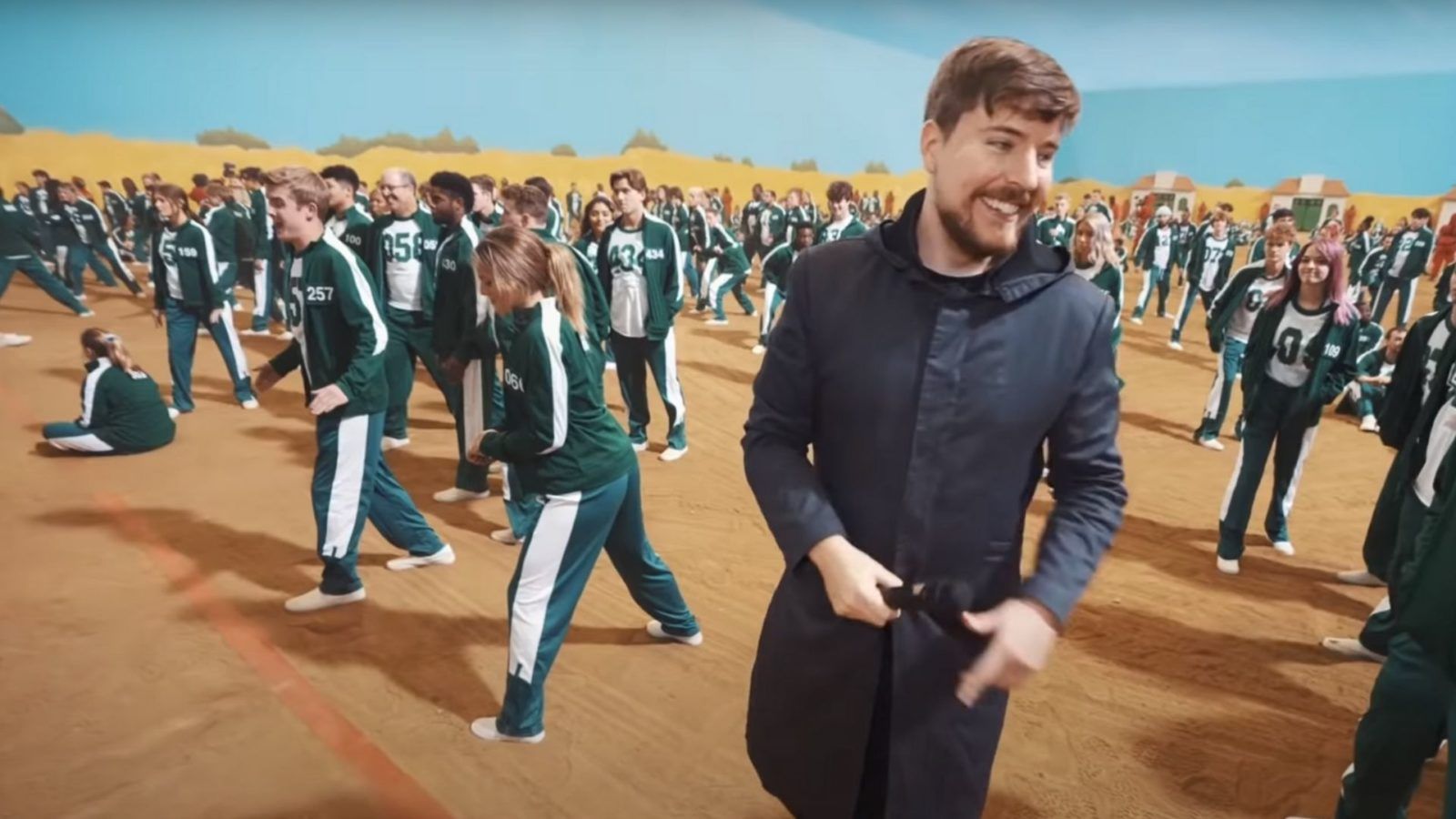 From platform celebs like PewDiePie and MrBeast to Bollywood and WWE Superstars, these are the most-subscribed YouTube channels in the world.

Since launching in 2005, YouTube has dominated any and all competitors to become the king of video. No, really: After parent company Google, it’s the second most-visited site on the entire internet. YouTube has given us laughter. It has given us news. It has taught us things. It has even — for better or worse — launched the careers for a number of celebrities, some who’ve gone from famous vloggers to household names. We hear there’s even a professional boxer or two.

If you’re here, it’s probably because you’re either bored, looking to get deeper into YouTube culture, or maybe you’re trying to settle a bet. From the bottom of our hearts, we hope you win. Why not check out the most-viewed YouTube videos of all-time, too? Without further ado, these are the most-subscribed YouTube channels and users from all around the world.

The most-subscribed YouTube channel is T-Series, and it’s been around since well before the Internet as we know it. Founded in 1983, T-Series is an Indian record label and film production house, famous for Bollywood soundtracks and Indian pop music. Their YouTube channel features music videos and film trailers, and has held the most-viewed title since 2017. Videos on the channel are available in English, Hindi, Bhojpuri, Punjabi, Tamil, Telugu, Malayalam, Kannada, Gujarati, Marathi and Rajasthani.

Popular for the “Bath Song” — with over 5 billion views on the platform — Cocomelon offers 3D animated videos of traditional children’s songs and nursery rhymes, plus a few of their own original tracks. Is this good for kids or not? We don’t know; that’s not our job! But as far as 133 million subscribers are concerned, whatever Cocomelon is doing is working.

Sony has a massive reach in India, as Sony Entertainment Television (SET) India comes in as the third-most subscribed and third most-viewed YouTube channel in the world. Airing a mix of dramas and reality shows such as India’s Got Talent and Indian Idol, SET India serves up 24 hours of entertainment each day for its 131 million — and growing — subscriber base.

The name Felix Arvid Ulf Kjellberg may not ring a bell, but we bet PewDiePie does. The online personality has become both famous and infamous for his online “Let’s Play” gaming content. His YouTube fame took him from episodes of South Park to TIME‘s “100 most influential” list, and he’s amassed over 28 billion views on his channel alone, making him the most-subscribed individual personality on the platform.

Jimmy Donaldson, better known as MrBeast, is on a real tear. MrBeast has been gaining and more and more attention since he first went viral for “counting to 100,000” in 2017. Since then, he’s done more viral stunts for his YouTube subscribers, including recreating the set from Netflix’s hit series Squid Game, where 456 people competed for a US$456,000 prize. He’s even opened a burger restaurant, with a new outlet right here in Hong Kong. It’s no surprise that MrBeast is recognised as the highest earner on the platform — according to Forbes, he earned as much as US$54 million in 2021 alone.

Kids Diana Show is an English-language series geared toward children, featuring a 7-year-old girl named Diana and her brother Roma, who has his own channel, Kids Roma Show. They play around, they do the usual kid stuff. It may not interest adults, but the channel has become so popular that the videos are dubbed in Hindi, Japanese, Russian, Spanish, German and Portuguese.

Like Nastya’s Anastasia Radzinskaya may only be 8 years old, but she’s already amassed a fortune through YouTube videos that have captured the attention of the world. Her parents used the family savings accounts to fund videos, which went from toy unboxing to amusement park visits, and the success of the channel helped them relocate from Russia to Miami, Florida.

In no surprise to your average wrasslin’ fan, World Wrestling Entertainment is one of the most-subscribed YouTube channels in the world. With highlights, interviews and exclusive content featuring the sports entertainment giant’s biggest superstars, wrestling fans from around the globe can’t get enough of WWE’s YouTube page. Woo!

With headquarters in Mumbai, Zee Music is a direct competitor of T-Series, YouTube’s most-subscribed page. Under the Zee Entertainment Enterprises umbrella, the label distributes hit songs from Bollywood and famous Indian artists.

In another series for kids, Vlad and Niki round out the top ten. Vladislav Vashketov and Nikita Vashketov live in Miami with their parents and create videos in 18 languages for over 200 million subscribers across 21 different YouTube channels. They went from opening toys on camera to creating their own toys after signing a deal with Playmates Toys, a company founded in Hong Kong. They even have their own app. Not bad for a couple of kids born in the 2010s.

Social Media youtube youtube producers YouTube Music bollywood celebrity artist the rock Youtubers most-viewed youtube videos pewdiepie mrbeast
You might also like ...
Culture
The 10 most-viewed YouTube videos of all-time
Culture
The 10 highest-paid YouTubers in the world
Living
Hong Kong YouTuber Taylor R is putting a spotlight on struggles with fertility
Culture
The 10 most-followed Instagram accounts in the world
Nathan Erickson
Editor-in-Chief
Made in Seoul and based in Hong Kong, Nathan has covered food, fashion and music from New York to Paris to Oaxaca. He enjoys street photography, buying too many hooded sweatshirts and he'll never turn down a tequila soda. Catch him on weekends hiking trails all over Hong Kong in hopes of finding his idol, Chow Yun-fat.
Sign up for our newsletters to have the latest stories delivered straight to your inbox every week.