Netflix unveils 2023 line-up of Korean drama series and movies, including The Glory Part 2

Netflix has revealed the titles of Korean drama series, movies, and reality shows planned for 2023, including the highly-anticipated sequels to The Glory, Sweet Home, and D.P.

On January 17, Netflix announced a total of 34 upcoming Korean titles, 11 shared for the first time, scheduled for broadcast in 2023. The offerings, both original productions and returning favourites, include K-drama series, Korean films, and reality shows.

This will certainly satisfy viewers who are hungry for more K-content, as proven by audience data provided by the streaming giant. They also shared that “over 60% of all Netflix members” viewed Korean titles in 2022 alone.

Remember stellar hits like All of Us Are Dead, Extraordinary Attorney Woo, and Alchemy of Souls? These are the most-watched and highly-rated Korean dramas last year. Soon, viewers can look forward to more exciting projects, up from approximately 25 Korean titles announced for 2022.

Brace yourself for season two of both Sweet Home and D.P. Of course, there’s the second part of The Glory starring actress Jun Ji-hyun. Part one of the revenge drama achieved Netflix’s most-watched non-English TV show for the first week of January, clocking at 82.48 million viewing hours.

Then there are the upcoming buzzy debuts too. Gyeongseong Creature, a period monster thriller starring Park Seo-jun and Han So-hee, and Doona!, a romance series based on the webtoon The Girl Downstairs which stars Bae Suzy (Anna).

Below are all the announced Netflix Korean titles for 2023. 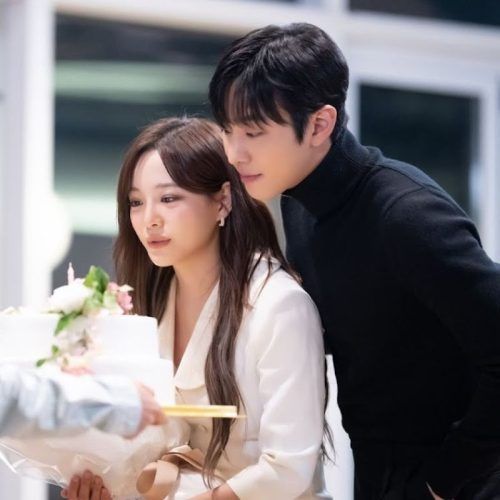 Set aside time to indulge in 21 Netflix Korean dramas this year. Besides sequels of The Glory, Sweet Home, and D.P., look forward to unexpected cast pairings like 2PM’s Lee Jun-ho and Girls’ Generation’s Lim YoonA for King The Land and Kim Woo-bin and Song Seung-heon for Black Knight.

Furthermore, get psyched for stirring performances by Cannes winner Jeon Do-yeon with Jung Kyung-ho on Crash Course In Romance plus acclaimed actress Ra Mi-ran opposite Lee Do-hyun on The Good Bad Mother.

From the dystopian sci-fi JUNG_E to crime-thriller Unlocked and mental sparring games in The Match, these flicks will have you on the edge of your seat.

No doubt Single’s Inferno and its follow-up Single’s Inferno 2 became the talk of the town when they aired. But Netflix decided to step away from romance and explore physical and mental survival genres for 2023 instead.

(Credits for all images: Netflix)