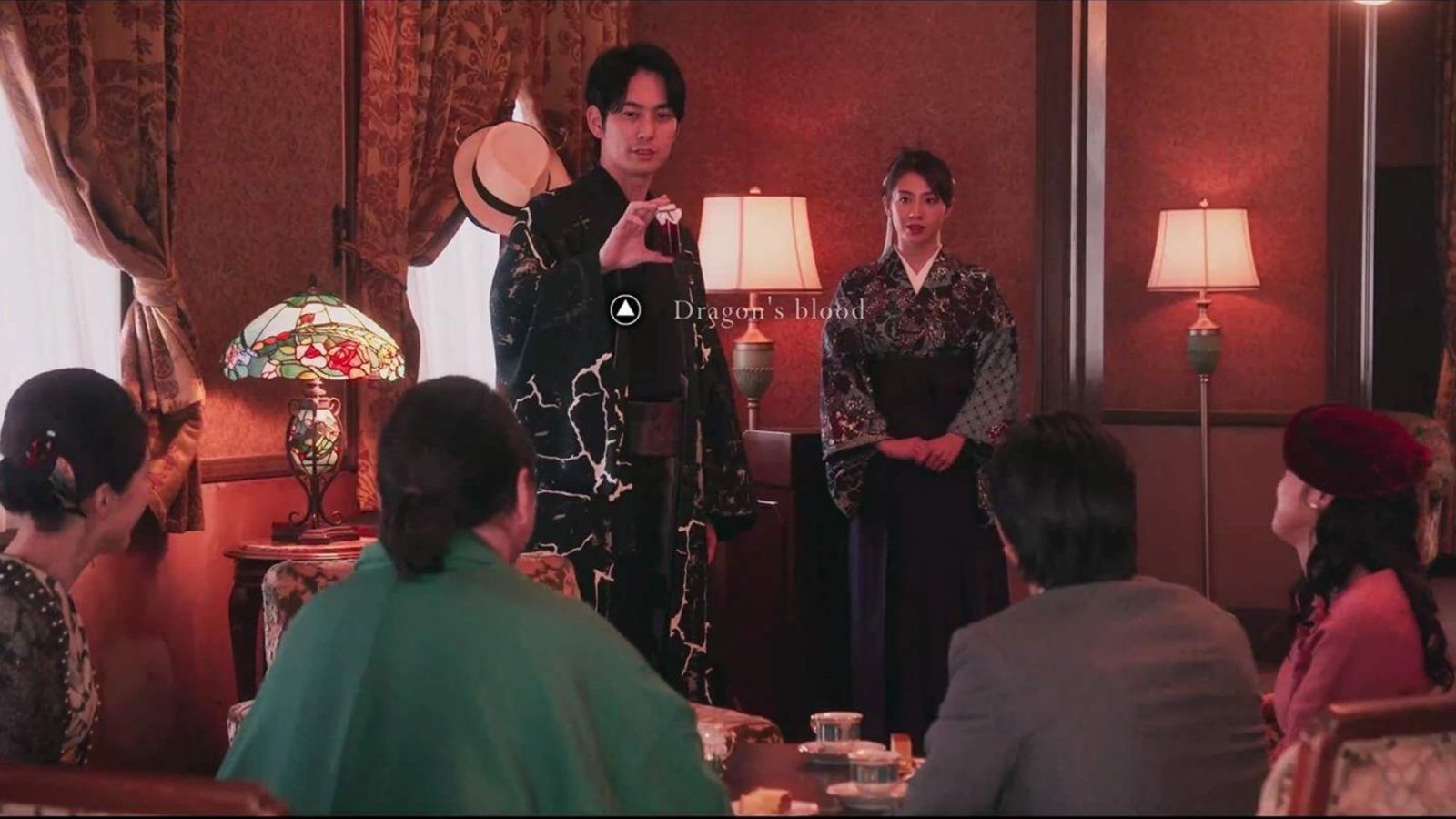 There’s a lot for gamers to look forward to this month. Here are all the new video games releasing this May 2022.

The video game landscape in April 2022 was quite busy with new games and old classics making their comebacks on Xbox, Xbox One, Switch, PC, and PlayStation. Games like LEGO Star Wars: The Skywalker Saga, STAR WARS: The Force Unleashed, Nintendo Switch Sports, and Zombie Army 4: Dead War were a big hit last month. Dune Spice Wars was another highly anticipated game that released in late April. Looking forward, a host of new video games are all set to release in May 2022 on various platforms.

The coming month may not have too many big names but Vampire: The Masquerade – Swansong is a title that gamers are looking forward to. Game releases like Sniper Elite 5, Trek to Yomi, Salt and Sacrifice, and Evil Dead: The Game are some of the major highlights for the upcoming month. SD Gundam Battle Alliance is a big title which is scheduled to roll out in 2022 but doesn’t have a specific release date.

With role-playing games (RPGs) and action platformers that are power-packed with graphics and combat styles, May has an amazing lineup that is sure to entertain the console addict in you. Add to it, the closely lined video game release dates too.

Packed with thrilling sounds, large scale cinematic presentation and highly stylish combat techniques, this is one of those video game releases, which is sure to make one impatient. The game traces the journey of a young swordsman named Hiroki, who is bound to protect his town and folks from all dangers and threats.

To honour the vow given to his dying Master, the lone samurai has to set on a journey “beyond life and death” to fight all evil forces and protect those he loves the most. These heroic endeavours take place in feudal Japan, which is brought out in the most authentic and simulating way in this upcoming video game. Stunning camera angles and an engrossing mythical storytelling are some of the major features of this game.

You can visit the official Trek to Yomi website to pre-order.

Continuing the action and RPG series of Salt and Sanctuary, Salt and Sacrifice seems to add the right amount of heat and set a bar for the video games releasing in May.

In this game, the peaceful Altarstone kingdom is on the verge of being ripped apart by herds of Mages, who are “merciless embodiments of elemental chaos”, as described by the game’s developer Ska Studios. And, a marked Inquisitor stands against these magical threats. The order of The Inquisition is the governing force but playing as a marked Inquisitor, the ultimate choice remains with the player. You can journey through the western frontier alone or join your friends in tackling the Mages.

One of the most unique features of the game is that it allows the player to take up the powers of the Mages by making weapons out of their bones and flesh. This online multiplayer game allows you to explore a layered world full of scavengers, secrets and traps.

The Centennial Case: A Shijima Story

The Centennial Case: A Shijima Story developed by Square Enix is one of the top games to roll out in May. Offering a unique and immersive, live-action experience, replete with mystery and adventure, this video game is based on the life and history of the Shijima family who has suffered a series of deaths. Interestingly, these events have no rational explanations. When a mystery novelist, named Haruka Kagami, visits the family, she takes on four murders together that occur at different points in time — 1922, 1972, and 2022.

Players are to join Kagami and use their deduction powers, gather clues and evidence to establish a logic behind the sequence of events and unearth the truth. Directed by Koichiro Ito with Yasuhito Tachibana as the cinematographer and scenario director, the game takes the players through a number of mystery episodes. Each episode comprises three parts — the incident phase, the reasoning phase and the solution phase, which enables the player to get a thorough understanding of the incident and logically arrive at a conclusion.

Based on the three original Evil Dead films and Ash vs Evil Dead, the popular STARZ original television series, the game lets players step into the role of Ash Williams or his friends. They can go all out — looting, hunting and exploring in an attempt to bridge the gaps between the various worlds in the game.

You can play as a team in this co-op player-versus-player (PvP) game or even go solo. Players can either side with Ash or control the Kandarian Demon to hunt Ash and his friends “while possessing Deadites, the environment, and even the survivors themselves as you seek to swallow their souls!” reads the game website.

Some of the game specifics include 25 weapons, including a chainsaw as it won’t make sense to have Ash without his broomstick. To take things a notch higher, the game features some of the iconic characters besides Ash — Kelly and Pablo. Adding to this, the show actors, including Bruce Campbell, have provided voiceover dialogues. You can pre order the game from the website.

Step into the alleys of Boston and New York, with this game, where humans and vampires reside together and the latter disguise to fulfil their desires and activities. It was initially slated for a 2021 release but got delayed due to the pandemic.

In this RPG, players can switch roles among three main vampires who have their individual history and abilities. Galeb is skilled in using his power of domination to coax answers out of victims and effortlessly break a few necks if needed. Leysha has an obfuscating ability. It helps in master disguise and aids in entering crime scenes for investigations. And, then there is Enem. She is a celebrity who uses her fame to access restricted areas and manipulate others to reveal answers.

When the vampires’ secret society, Boston Camarilla, is attacked, players need to go lengths to uncover the truth. With three alternative outfits and a thrilling dark story, “Swansong puts emphasis on the consequences of your actions in both the investigation and your social interactions with characters. Analyse each situation carefully because your decisions can have huge consequences on your heroes’ lives and the fate of the Boston Camarilla,” reads the game website.

Developed by Massive Work Studio, Dolmen seems like a fusion of sci-fi elements and classic scuffle-based fights. The upcoming new video game’s website reads, “Dolmen casts players onto a hostile alien world known as Revion Prime,” thus setting the stage for what one can expect.

As a player, you’re supposed to hunt and bring back samples of a crystal with very unique properties — the Dolmen. Though it is a term associated with archeology, referring to megalithic tombs with a flat stone slab on vertical ones, here it refers to these crystals which are capable of “interaction between realities, revolutionising space exploration and changing the known world forever.”

While fighting, players can grow strong and their weapons, too, are upgraded and boosted. Here, the Energy Mode is crucial for winning the game. While switching between ranged combat and scuffle fights, players encounter some of the most fierce extra-terrestrial nemesis that Revion Prime has.

After giving players an early access, in June 2020, the game is finally headed for a full PC release in the upcoming month. The sci-fi game takes players into the realms of outer space, where they can literally take apart large spaceships and extract as much value from them as possible.

In the course, players can pay their debt to their in-game employer, LYNX Corporation, by obtaining “salvaging rights” for even larger spaceships. The challenges are as extreme as the conditions themselves. Tackling atmospheric pressure, fire, fuel and coolant lines, make ripping apart each spaceship a dangerous task. As you continue to play, players can get opportunities to upgrade their suits, improve cutters, increase oxygen and more.

The stealth shooter game, developed by Rebellion Developments, takes players to 1944 France, where sniper Karl Fairburne is to unearth the Nazis’ Operation Kraken.

Featuring some extraordinary third-person tactical combat moves and an enhanced kill cam, the game offers some of the most immersive maps and real world locations that are adapted to give the simulations a more authentic feel. The game involves sliding on zip lines and rolling down hilly slopes and incorporates several detailed gunplay physics that affect shooting. Wind direction, heart rate, gravity and other specs are also monitored throughout.

Other game specs include extensive customisation and PvP options. The player can use workbenches, upgrade weapons and host of other things to improve shooting and gameplay. The Invasion Mode allows a player to invade another player’s territory “in a deadly game of cat and mouse,” as Rebellion describes it. Its multiplayer co-op gaming mode, makes Sniper Elite 5 one of the most awaited upcoming games releasing in May.

A compilation of all the Pac-Man games, Pac-Man Museum™+ offers the best of the series and comprises the old maze games, puzzle games as well as some new ones too. An arcade hub will serve as the player’s home base, which has a new interactive interface.

The collection, an upgraded and reprised version of the original 2014 Pac-Man Museum, will also have five new games bringing the total to 14. Though scoring high points will be the most authentic way of going ahead in the game series, designing and redecorating this new 3-D arcade is also a new way of displaying progress in the game.

The coins, figures and collectibles earned by playing each game, allows players to buy new decorations, machines and features to customise the arcade. A nostalgic game series of sorts, it is never a bad idea to return to the good old classics.

Developed by Tate Multimedia, Kao’s first adventure was launched on SEGA’s Dreamcast console in 2000. Now, after two decades, new and some of the biggest adventures await in this video game coming in May.

On a mission to find his missing sister and mother, as well as solve the mystery around his lost father, Kao embarks on a journey, armed with his magical boxing gloves. Players can join the kangaroo on his quest and encounter fighting masters and overcome obstacles, while crossing various landscapes.

Video Game nintendo switch PlayStation video games Xbox may 2022
Trinetra Paul
An ardent foodie, Trinetra seeks every opportunity of travelling and writing. Storytelling and slam poetry are her go-to jam. Her lazying around ideas includes binge watching and whipping up some snacks or searching the next place to visit.
Sign up for our newsletters to have the latest stories delivered straight to your inbox every week.