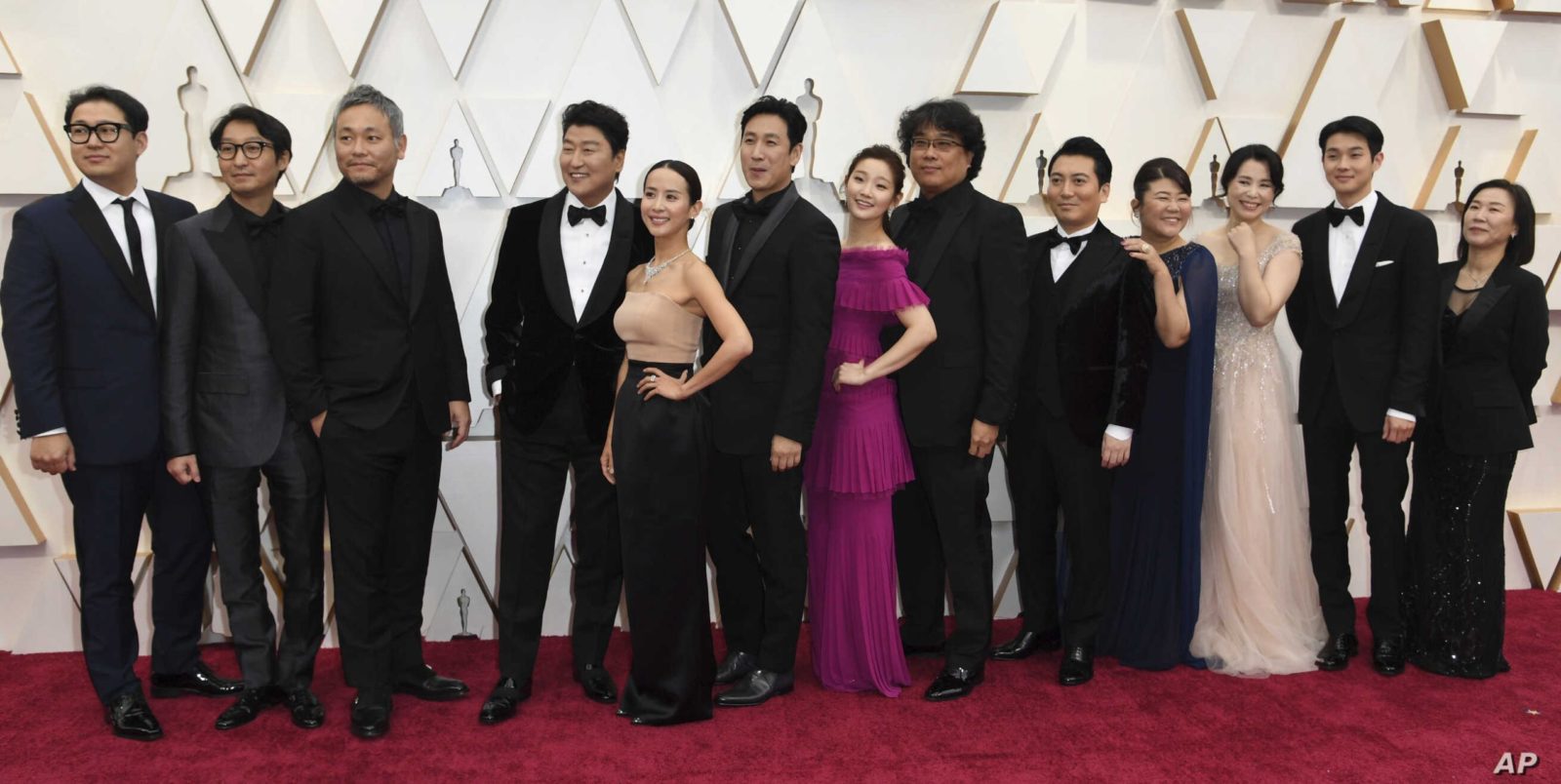 For the first time in Oscars history, a stage full of Asian actors and filmmakers were able to celebrate a truly triumphant win at the Dolby Theatre in Los Angeles.

It’s the first time ever that a non-English-language film has won Best Motion Picture at the Academy Awards, as well as the most awards ever in a single evening. With four new statues under its belt (out of six nominations), the feat has only been tied by Walt Disney in 1954, when it also reaped four wins with ‘The Living Desert’ (Best Documentary Feature), ‘The Alaskan Eskimo’ (Best Documentary Short), ‘Toot, Whistle, Plunk and Boom’ (Best Short Subject Cartoon), and ‘Bear Country’ (Best Short Subject Two-Reel).

Bong Joon Ho’s ‘Parasite,’ centred on a destitute family in Seoul that develops a symbiotic relationship with a wealthy family, is a dark comedic caper turned thriller that deftly encapsulates class struggles in South Korea. While having us on the edge of our seats throughout the film with surprise after surprise, it’s also a thought-provoking original story that demonstrates jaw-dropping cinematic technique in foreshadowing and symbolism. Winning the Cannes Palme d’Or earlier in May 2019, the movie’s four Oscar wins this year are extremely well deserved, and if you haven’t seen it in theatres yet, you most definitely should.

Despite no female directors being nominated this year (and becoming a subject of criticism for many women filmmakers and actresses on and off the red carpet), ‘Parasite’’s win signifies a long awaited move of the Academy to consider achievements in filmmaking on a more global scale. After winning the Oscar for Best International Film, director Bong Joon Ho remarked, “The category has a new name now, from ‘Best Foreign Language’ to ‘Best International Feature Film.’ I’m so happy to be its first recipient under the new name.” He added, “I applaud and support the new direction that this change symbolises.”

Check out below for the full list of winners for the Oscars 2020 and their categories won, and places to watch the films if you haven’t yet done so already.

Available at Broadway Cinemas in colour and in black and white

Performance by an actor in a leading role: Joaquin Phoenix

Once Upon a Time… In Hollywood

Performance by an actor in a supporting role: Brad Pitt

Watch it at Broadway Cinemas

Performance by an actress in a leading role: Renée Zellweger

Performance by an actress in a supporting role: Laura Dern

Available for rent on Amazon

Learning to Skateboard in a Warzone (If You’re a Girl)

Film what to watch on netflix what to watch Oscars 2020 Bong Joon Ho Parasite
Evelyn Lok
Managing Editor
When not trying out the latest beauty and wellness trends, Evelyn is likely enjoying a perfectly balanced negroni or exploring some of Hong Kong's best new places to eat and drink. At Lifestyle Asia she covers everything from the biggest events in town to interviews with Hong Kong specialists, with topics spanning art, food and drink, health, tech, and travel.
Beauty Wellness Events Art Drinks