Home > Culture > Entertainment > BLACKPINK, Justin Bieber and BTS are among the most subscribed artists on YouTube 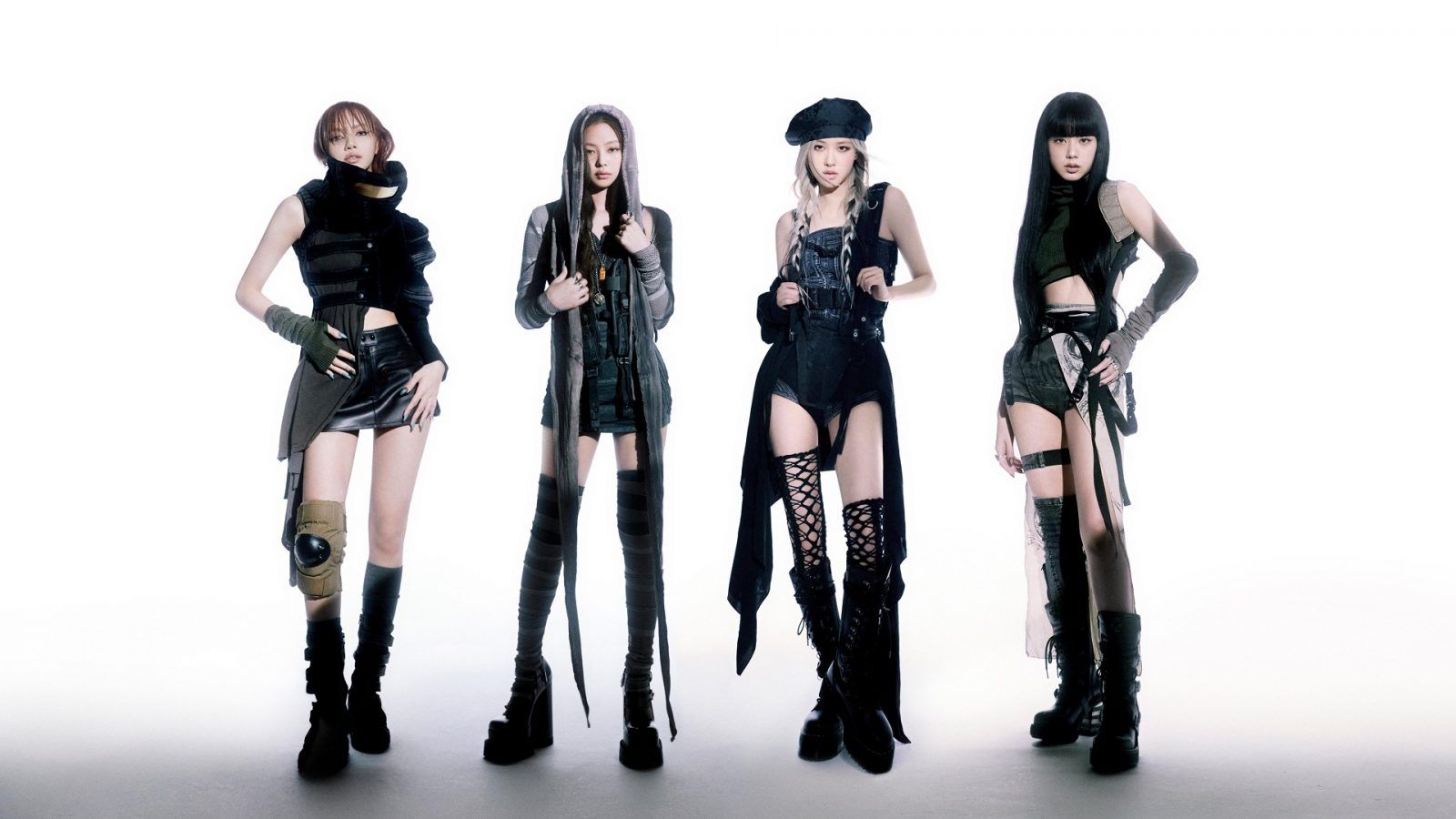 BLACKPINK, Justin Bieber and BTS are among the most subscribed artists on YouTube

The most subscribed artists on YouTube include not just American celebrities but also some of the top musical bands from South Korea that have taken the world of music, fashion and much more by storm.

While these individual artists and group acts have garnered both critical and commercial success over the years, they have created a fanbase both in the physical as well as in the virtual world. Thus, fans from anywhere across the globe can keep a tab on their favourite celebrities through social media platforms such as YouTube (especially for the release of music videos), Instagram, Facebook and Twitter.

When it comes to Korean pop music, this all-girl band — comprising Lisa, Jennie, Rosé and Jisoo — has become a household name. Formed by YG Entertainment, BLACKPINK debuted in 2016, and have garnered a massive global audience with hits including “Ddu-Du Ddu-Du” (2018), “Kill This Love” (2019) and “Pink Venom” (2022).

Along with being the first K-pop girl group to perform at 2019 Coachella and surpassing Canadian singer Justin Beiber’s YouTube followers, the quartet has had many firsts over the years.

In July 2018, the music video “Ddu-Du Ddu-Du” surpassed 36.2 million views on YouTube to become the most viewed Korean music video on the streaming platform.

In another instance, the video “Kill This Love” became the most viewed music video by a K-pop group in April the following year and had 56.7 million views in its first 24 hours of debuting, which was the biggest ever to debut on YouTube at the time.

Its other feats on YouTube alone include the first K-pop group video with 1 billion views in November 2019, the biggest music video premiered with 1.66 million peak concurrents in June 2020, the most subscribed artist in September 2021, and the first artist to reach 75 million subscribers in June 2022.

Additionally, with “Pink Venom” from their sophomore studio album Born Pink, BLACKPINK made the biggest music video debut of 2022, garnering 90.4 million views on the first day on YouTube.

Even if you aren’t a fan of everything Korean, you could not have missed the mention of South Korean boy band BTS.

They recently released the anthology album Proof, which has been well received by not just their fandom ARMY but also by music lovers across the world. In August 2022, they reportedly became the most-viewed artist in YouTube history with over 26.7 billion views (including official accounts), followed by Justin Bieber and Ed Sheeran taking the second and third places, respectively.

The Canadian singer is one of the best musical artists to follow on YouTube, with a massive over 70-million subscriber list. All this started when Bieber was merely 13 years old and spotted by talent manager Scooter Braun on YouTube. Yup, the “Yummy” singer has been on the streaming platform much before he shot to fame.

In 2010, Bieber debuted with My World 2.0, and a single in it, titled “Baby,” catapulted him to become one of the world’s best-selling music artists. Everything — from his hairstyle to his tattoos later on and music (of course) — was lapped up by his devout fans across the world. Undoubtedly, he is among the most influential stars globally.

The American electronic music producer and DJ is known for his collaborations with Justin Bieber for the latter’s “Where Are Ü Now” remix (2015), “Wolves” (2017) with Selena Gomez and “Happier” (2018) with Bastille. He also has a series on YouTube named “Cooking With Marshmello,” where viewers can learn how to create some of the most delectable dishes with the masked artist.

Known for hard-hitting meaningful lyrics, the American rapper needs no introduction. Eminem topped the best-selling music artists (based on sales of singles in the US) list in 2022, with 166 million certified single units, according to the Recording Industry Association of America (RIAA).

Although he debuted in 1996 with Infinite, Eminem struggled to make his mark in the music industry until he collaborated with Dr. Dre to release The Slim Shady in 1999. The single “My Name Is” won him two Grammys and four MTV Video Music Awards.

While he continued to make chart-topping music, the artist’s life was rife with controversies. However, in 2002, his semi-autobiographical film 8 Mile garnered commercial and critical success, and he went on to win an Oscar the following year for the song “Lose Yourself” from the movie.

The Grammy award winner has many more hits to his name, which has created a devoted fanbase beyond the real world. Today, Eminem has over 53.4 million subscribers, who follow his solo works and collaborations on the channel.

Sheeran made his debut in 2010 and collaborated with many world-famous artists including Khalid, Chris Stapleton, Cardi B and Camila Cabelo. The Grammy winner garners a following of over 52.4 million on YouTube.

Among the most streamed and subscribed female artists on YouTube is Ariana Grande. She has a mammoth of over 51.8 million followers.

The singer is known for her soulful echoing voice and hits such as “Side to Side” (2016) and “The Way” (2013). Heavily inspired by Mariah Carey and Imogen Heap, her love for music lends a typical uniqueness to her songs making her win Grammys, Bambi Awards and Billboard Music Awards, among other accolades till now.

Grande is also among the most followed celebrities on Instagram.

Debuting in 2006 with an eponymous album, Swift became the youngest person in history to win Album of the Year at the Grammy Awards in 2010. She was 20 years and 49 days old when she won the gramophone trophy for Fearless (2008). With this honour, she was also the first woman to win in the category three times. Today, the American singer-songwriter has 11 Grammys and 42 nominations to her name.

Recently, she received three awards — video of the year, best long-form video and best direction for “All Too Well (10 Minute Version) (Taylor’s Version)” at the 2022 Video Music Awards.

With over 46.6 million followers on YouTube, the American singer-songwriter is known for her illustrious music career, which she shares with her brother FINNEAS.

The “Ocean Eyes” singer debuted with the song in 2015. At 18 years old, she replaced Taylor Swift to become the youngest artist to win the Album of the Year for “Bad Guy” at the 2020 Grammys. So far, she has won 7 of these prestigious awards and has been nominated 17 times.

She has joined Jennifer Lopez, Madonna, Rihanna, Selena Gomez and other celebrities who have their own beauty brands with her line of perfumes called Billie Eilish Fragrances.

Rounding off this list is one of the best-selling musical artists in the world. With over 43 million copies of her albums sold worldwide and songs streamed over 30 billion times, the multi-faceted celebrity has surpassed 43.3 million followers on YouTube.

Additionally, she is among the highest-paid female judges, not to mention one of the most loved as well, on the ABC reality TV show American Idol (2002- ).

Having worked with some of India's top media houses and publishers, Anurupa found her passion in food, music and storytelling. Although she loves to explore all sorts of foods, the ambivert's fluffy pancakes, minced meat alfredo pasta and kosha mangsho are a hit among a close-knit group of friends. At other times, she is usually found perched on the sofa, kicking back with a cup of coffee and binge-watching light comedy.