Home > Culture > Entertainment > ‘The Princess Diaries 3’: Characters we wish to see in the new sequel

‘The Princess Diaries 3’: Characters we wish to see in the new sequel

Tiaras at the ready: the royal family of Genovia is returning to our screens. The adaptations of Meg Cabot’s The Princess Diaries are nostalgic pick-me-ups for every millennial. If there is better news, we’re still determining what is!

While there was talk of a sequel for years, the film never came to fruition. So finally, the wait is over, as a third movie is in the early stages of work at Disney (someone pinch us!). We can’t wait for The Princess Diaries 3.

The Princess Diaries: The dreamy plot

For some context, The Princess Diaries follows a shy American teenager, Mia Thermopolis (Anne Hathaway), who learns she’s heir to the throne of a small European country. With the guidance of Genovia’s Queen and her grandmother (Julie Andrews), Mia must decide if she wants to claim the crown she inherited. The film featured a stellar cast of Julie Andrews, Mandy Moore, Heather Matarazzo, Erik von Detten, Hector Elizondo and Sandra Oh. It became an instant box office hit and quickly entered the pop culture hall of fame. 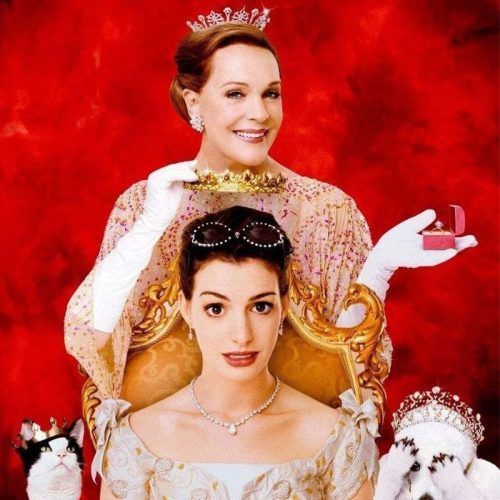 Characters we wish to see in The Princess Diaries 3

Mia is one of the most loved characters in The Princess Diaries. And while we see her slipping off in several occasions, her clumsiness is largely endearing. We love how Mia remains true to herself despite acquiring fame and stunning tiaras overnight.

While Disney has yet to confirm whether Hathaway will reprise her role as Mia, we hope she will return for the third instalment. Hathaway has previously expressed interest in reprising the character. “I would more than entertain it. I’m pulling for it,” she told Entertainment Tonight.

Despite having few lines in The Princess Diaries, Jeremiah is a standout character in the franchise’s first film. Jeremiah is a magician in training, and we love his little tricks, like finding a coin in Lilly’s hair. Not missing a beat, Lilly tells him she’s not a vending machine. But, of course, this line wouldn’t seem half as hilarious if it wasn’t for Jeremiah’s antics.

Introducing Lilly Moscovitz, Mia’s best friend and an activist icon. Lilly Moscovitz is the friend we need in our life! She’s quick to say what’s on her mind, “Are you sure you can’t help me with my spotted owl petition today?” However, she has great intentions, and fans can totally relate to her flaws.

Everyone loves Queen Clarice, thanks to the legendary actress Julie Andrews. While it’s evident from the beginning that the Queen loves Mia, every scene with the Queen is full of cheerful spirit. Clarisse is unsparing in her initial assessment as Mia returns to the Genovian embassy for princess lessons. In addition, Clarice is a wealth of knowledge, and many fans still take royal classes from her to this day.

This royal journey introduced fans to an epic love story between Queen Clarisse and Joe, her bodyguard. Yes, Mia and Michael’s romance may get most of the attention, but the true love story throughout this narrative has always been between the Queen and Joe. Besides, Joe has some of the best dialogues in The Princess Diaries. He left us in splits when he said, “This is a non-riot hearse. And if it were a hearse, there would be silence in the backseat.”

As the Queen’s assistant Charlotte Kutaway probably has a lot to do. However, Charlotte is kind and gracious and oversees Mia’s lessons with Queen Clarice without judgment. In addition, Charlotte is the person anyone would want by their side should a relative ever summon them to a royal ball.

Fat Louie, Mia Thermopolis’s cat, turns in one of the most fabulous feline performances in cinematic history. Naturally, we would love to see more of Fat Louie in the third instalment.

Everything we know about ‘Emily in Paris’ season 3