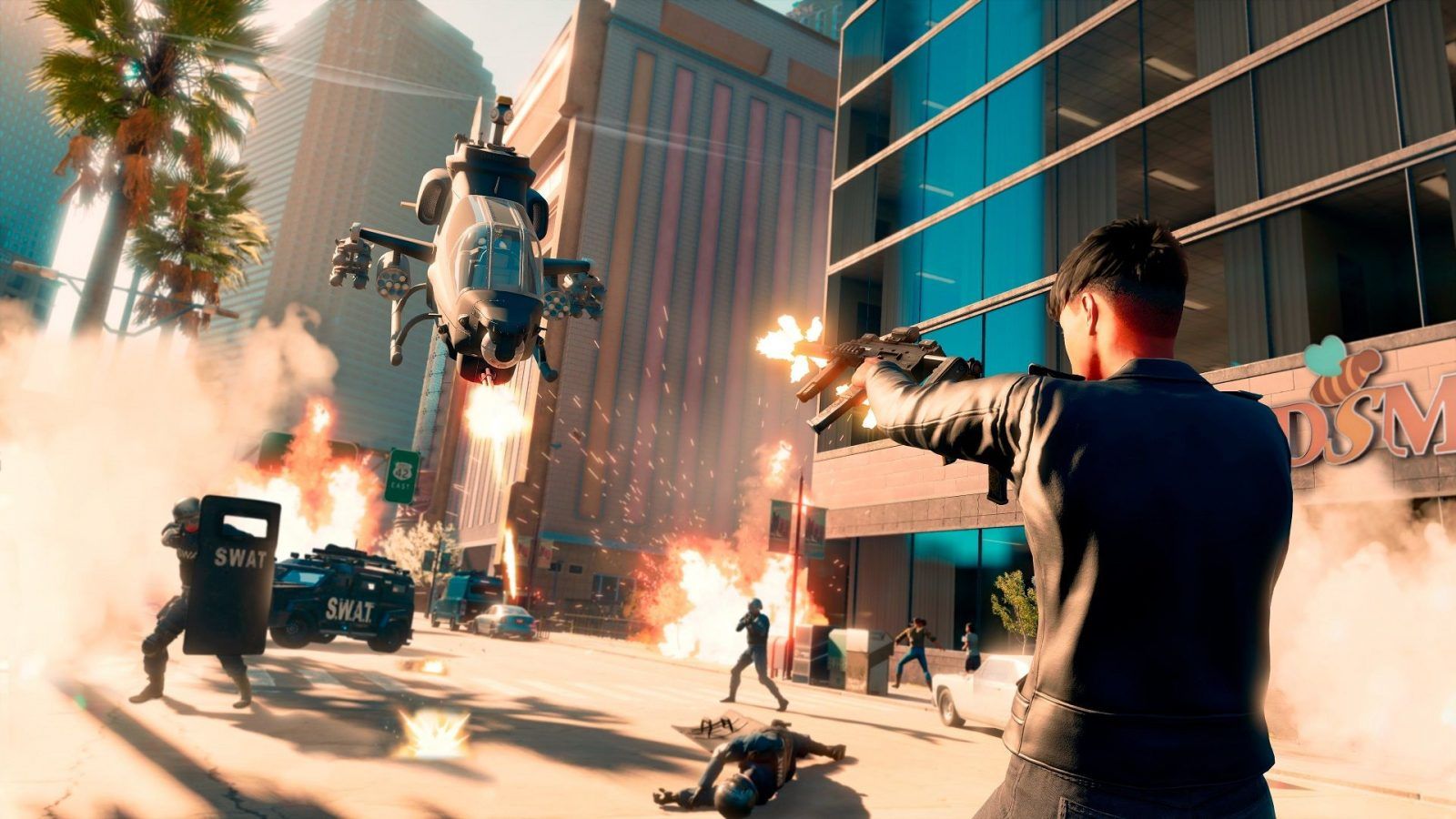 Fans of video games have had a rather drab July. Yes, there were a few good releases, but the month produced nothing exceptionally exciting. However, things are now looking upward with a series of exciting video games releasing in August 2022.

Several promising titles across genres, including sports simulations and action-adventure, are ready for release — quite a departure from the limited offerings that arrived in July.

Among them is a reboot of an iconic game franchise alongside long-running cult sports classics. Besides, some games offer light-hearted fun and go easy on the PC, as well as those that can be better enjoyed on consoles because of the graphics.

August is also a special one for fans of Formula 1, or F1. If you loved F1® 22, which was released in July, then you might be more interested in August’s F1 Manager 2022. The game lets players take more charge of the racing arena while helping them understand what actually goes on away from the track in the pit stops and the team headquarters.

However, one video game whose release date fans would be most looking forward to in August is Marvel’s Spider-Man Remastered. The excitement is obvious since it features Spider-Man and comes under the Marvel brand, whose film franchise is one of the most profitable ever at the box office.

While all video games coming up in August will be available on PC, the good news is that most of them will also be offered on all five of the major consoles — PlayStation 4 (PS4), PlayStation 5 (PS5), Xbox One, Xbox Series X/S and Nintendo Switch.

The video game release dates run through the entirety of August 2022, starting from the second day of the month to the last day.

Here are the video games coming up in August 2022

The old-school, action-adventure game might remind one of Mario and other similar editions from the 1990s because of its colourful pixel art.

The main character in FROGUN! is named Renata. She is a young girl who wants to follow in the footsteps of her renowned archaeologist parents. One day, she gets the golden opportunity to become an explorer when her parents leave her at the base camp of the Beelzebub ruins and do not return for three days.

Curious and alarmed, Renata leaves the camp in search of her parents among the dangerous ruins. She carries with her a unique invention by her parents — the Frogun, a frog-shaped gun, which acts like a grappling hook.

In terms of gameplay, Two Point Campus is among the upcoming PC games that are closer to the real world. It is a simulation where players are tasked with building a university.

Everything, from planting trees and creating a green campus to getting the best academic talent to teach at the university, is done by the players. The fun part? Courses can be as wild as jousting in the Knight School to something as niche as gastronomy classes.

Personalities of the students can be explored, clubs and societies can be formed and summer breaks can be woven into the game. Virtual fountains, libraries, benches and sculptures — everything that makes some of the world’s best university campuses more attractive in the real world is present for building the in-game campus.

Cult Of The Lamb

At first glance, the artwork of Cult Of The Lamb might seem like a beautiful game of light-hearted adventure. But is that what it is?

The game’s official synopsis reads: “Start your own cult in a land of false prophets, venturing out into diverse and mysterious regions to build a loyal community of woodland worshippers and spread your Word to become the one true cult.”

Cult Of The Lamb’s main character is a possessed lamb who is saved by a mysterious force. In return, the lamb, who is armed with a magical sword, must build a cult in the name of the saviour. The player is tasked with building structures and performing occultist rituals to increase the faith of followers.

Among the most significant video games to be released in August 2022, Cult Of The Lamb is worth mentioning on this list because it comes from the house of acclaimed game publisher Devolver Digital, which is behind highly successful franchises such as Serious Sam and Shadow Warrior.

Our friendly neighbourhood superhero, Spider-Man, headlines one of the most important video game releases on PC in 2022.

Marvel’s Spider-Man Remastered has been developed by Insomniac Games in collaboration with Marvel. It has been optimised for PC by Nixxes Software.

The game comes with 4K graphics and a unique feature known as ray-traced reflections, which give the sharpest details of the New York City protected by Spider-Man. This is also the reason only the most advanced hardware will be able to smoothly run the game at the highest level of 4K 60 FPS, with Very High ray tracing enabled. According to PlayStation, a system should have Intel Core i7-12700K or AMD Ryzen 9 5900X CPU with NVIDIA GeForce RTX 3080 or AMD Radeon RX 6950 XT GPU for the best graphics output.

The game’s features include unlockables such as three Spider-Man suits — the tech-heavy Iron Spider Suit, the Spider-Punk Suit and the original Velocity Suit.

The story revolves around Peter Parker saving his city as Spider-Man from a group of iconic supervillains. In doing so, he is forced to make a tough decision that would change his life forever.

Though it will be released on multiple platforms, Madden NFL 23 is perhaps among the best video games for PS5. The reason is the all-new FieldSENSE™ Gameplay System for the game on the platform, which makes gameplay more realistic and offers better controls for the players.

Named after John Madden, the game is also one of the most awaited video games of 2022 because it is the first to be released after the demise of the legendary coach in December 2021. Publisher Electronic Arts Inc then decided to put Madden’s face on the cover of the game for the first time since 2000.

Madden NFL 23 continues the long-running franchise which began in 1988. It is essentially a game centred on the National Football League (NFL). Players can enter any of the multiple modes in the game to chart their rise as star American footballers or manage franchises (clubs) as NFL head coaches.

They can also build a dream team, comprising current NFL superstars and Hall of Fame legends, among others. The game lets players purchase items using an in-game virtual currency as well.

Are You Smarter Than A 5th Grader?

Based on the renowned television series of the same name, the quiz show game is designed for a fun-filled experience.

The objective is, of course, to correctly answer multiple-choice questions across 24 different subjects to win. Are You Smarter Than a 5th Grader? also contains minigames to further test the mettle of the players.

There are over 6,800 questions in the game. So, the chances of a question being repeated in a replay are slim. Developed by Massive Miniteam and published by HandyGames, it is a perfect game for all-family fun as it lets up to eight players participate at a time in couch co-op multiplayer mode.

Saints Row is the reboot of one of the most acclaimed game franchises which began in 2006 but came under criticism by the time of its last major release, Saints Row IV, in 2013. The game has been developed by the original series creator Volition and is being produced by Deep Silver, the company which acquired Volition in 2013.

The game is set in a fictional city in the American SouthWest where crime is rampant. According to the official synopsis, the quest for power makes “a group of young friends embark on their own criminal venture, as they rise to the top in their bid to become Self Made.”

One of the upcoming games in August, the Saints Row reboot allows players to build their characters in their own imagination from an impressively wide range of in-built customisation options. Among other features are heavy weaponry, such as rocket launchers and machine guns, for effective combat for player characters. Vehicles, including police cars, monster trucks and helicopter gunships, are showcased in the game as well.

Pac-Man is undoubtedly one of the most famous gaming characters in history. The original Pac-Man World was released in 1999 on PS1 and marked the character’s debut on the 3D platform.

In the game, which has been created by Bandai Namco, players will have to help Pac-Man rescue his family who have been kidnapped by ghosts from Ghost Island on his birthday.

The reboot version comes with enhanced graphics and features such as butt-bounce, rev-roll and hover-jump. Pac-Man can also transform into Mega Pac-Man to take on the ghosts.

Among its most notable aspects is an extra polish in the game which prevents Pac-Man from falling off the edges as he goes on to face the final boss, Toc-Man.

Published by SEGA and developed by Atlus, the role-playing game (RPG) is set in a futuristic Japan where neon lights reflect the decadent consumerism of society. Yatagarasu and Phantom Society, two groups of Devil Summoners, are engaged in a war against each other.

When a sentient hivemind named Aion discovers that the world is heading towards an impending crisis, it creates Ringo and Figue, two special agents, to help prevent the catastrophe.

Soul Hackers 2 is a direct sequel to Devil Summoner: Soul Hackers, which was released on SEGA Saturn in 1997. As such, it is a spin-off of the long-running Shin Megami Tensei franchise.

The most significant video game releasing in August 2022, the game lets players control Formula 1 teams and chart a course to victory for both the constructor and driver.

Players are in charge of the entire team. This means that finances, driver performance, pit strategy, driver callouts, scouting of engineering staff and anything that happens between races are in the hands of the player.

It is the first official F1 game from Frontier Developments, which is both the developer and publisher, following their licensing agreement in 2020.

nintendo switch console PlayStation video games marvel Xbox
Manas Sen Gupta
Manas enjoys reading detective fiction and writing about anything that interests him. When not doing either of the two, he checks Instagram for the latest posts by travellers. Winter is his favourite season and he can happily eat a bowl of noodles any time of the day.
Travel Culture Entertainment Food
Sign up for our newsletters to have the latest stories delivered straight to your inbox every week.