10 events not to miss during Le French May

This year marks the 26th anniversary of Le French May — that’s more than a quarter-century of the distinguished annual celebration of French culture in Hong Kong; a two-month-long arts festival which brings hundreds of artists, luminaries and maestros to the city. While Hong Kong’s dining scene is paying homage to Gallic cuisine on the occasion of Le French GourMay, our culture radar is particularly on fire this month, with everything from opera, theatre and jazz concerts to French pop art retrospectives and some of the hottest urban dancing ever seen in Hong Kong. Check out our picks for what’s not to miss in the coming weeks. 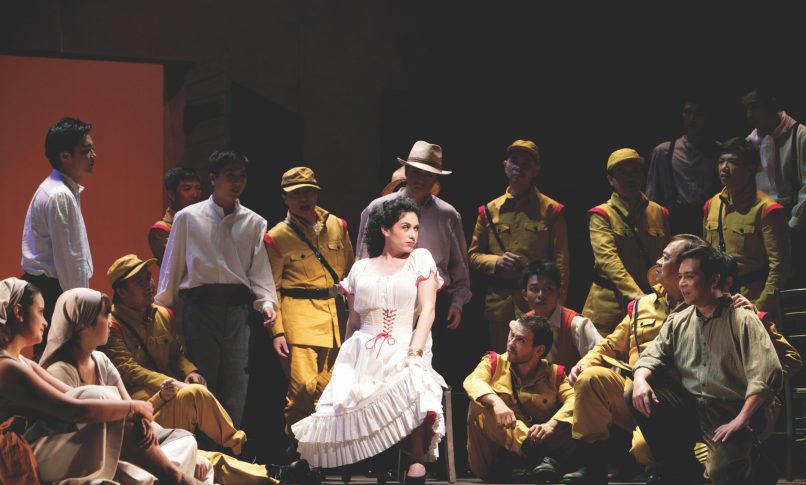 One of the headlining performances throughout Le French May this year is Carmen. It’s one of the most-performed operas in the world, but it remains a show-stopping classic for a reason. Set in southern Spain, the French libretto centres on the naive soldier Don José, who throws his life away — even his childhood sweetheart Micaëla — as he falls for the wiles of a passionate gypsy woman Carmen.

The sultry, smoky sexiness of “La Vie en Rose” belted through trumpet might just be one of finest riffs to listen to for any jazz lover. With French jazz trumpeter Eric Le Lann, Paul Lay on the piano, Sylvain Romano on the double bass and Donald Kontomanou on drums, this is one performance you won’t want to miss.

The ballet Les Forains debuted in 1945 as an expression of artists taking back their natural rights after World War II, and the story is revisited in the contemporary age by eight hip-hop dancers reckoning with what the piece means for performing artists today. Combining acrobatics, ballet and hip hop — featuring everything from bendy contortionist acts to slick manipulations of rhythm and flight, Le Ballet Urbain surely won’t disappoint. 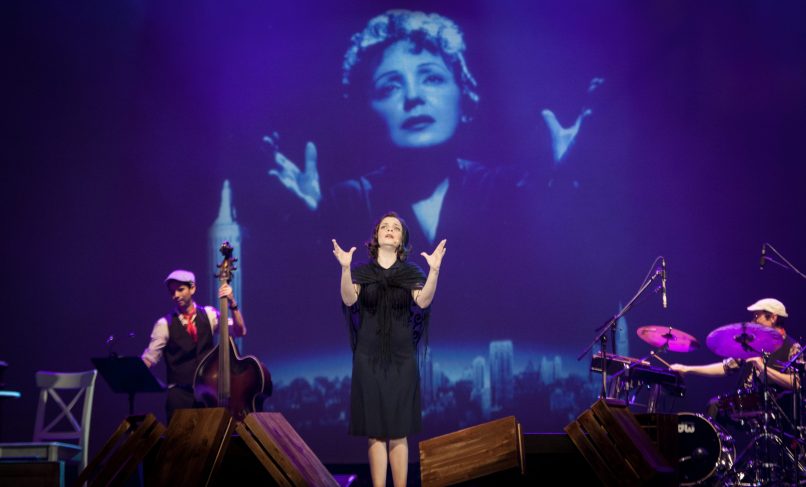 If you enjoy true classic renditions of works by the exalted Madame Piaf, you’ll want a seat in this retrospective performance, with storytelling inspired by the 2007 film La Vie en Rose. Telling the story of Edith Piaf’s rise to fame in two 45-minute acts, the production is part concert, part theatre, conceived and directed by Nice-based artist Gil Marsalla, and stars Anne Carrere — who we hear cuts a mean Piaf, and is even considered to be “Edith Piaf’s legitimate musical heiress.”

Culture
10 must-see exhibitions in Hong Kong this May 2018

There are hundreds of fascinating associated projects at Le French May, but perhaps none so relatable as this dual exhibition at La Galerie Paris 1839 featuring Hong Kong and French photographers Almond Chu and Cyrill Delettre. Showing off their crossed perspectives about Hong Kong, Chu directs his gaze onto whimsical shots of Hong Kong Dance Company star Su Shu, while Delettre hunts down the most unusual light in town after dark.

School of Nice – From Pop Art to Happenings

Think all pop art was Andy Warhol? Think again. Opening the Le French May festival is this major art exhibition put together by the Museum of Modern and Contemporary Art (MAMAC) in Nice, which documents the evolution of the last major art movement in postwar France. Considered only second to Centre Pompidou, the MAMAC collection brings works by influential, even pioneering, artists of the French pop art movement — Martial Raysse and Arman — who used consumer goods and referenced mass media and culture long before the likes of Andy Warhol and James Rosenquist.

While Opera Gallery is hosting ‘French Maze’, a group exhibition featuring works by 20th-century art legend Marc Chagall, fans of the painter who want a closer look at his works will want to take a hop across the pond to the Macao Museum of Art for this striking retrospective. Settling in the south of France in the ’50s, the work Chagall created during his time there captured a vibrant world exemplifying the dazzling beauty of the Mediterranean — despite having lived a life marked by war and strife. Paying special attention to Chagall’s use of light and colour, this first exhibition of Marc Chagall in Macao features paintings, gouaches, lithographs, and even costumes and tapestries.

First performed in France under the name of Isis’ Mysteries in 1801, The Magic Flute emerged at a time of heavy fascination with Ancient Egypt. It’s considered as one of Mozart’s best-loved and recognised operas, and was a fabulous success upon its debut in Vienna, not to mention in France. The Zaïde Quartet brings Hong Kong audiences on a journey from The Magic Flute to Mozart’s fourth quartet — written at age 17 — and rounds off with the sheer romantic impressionism of Claude Debussy’s string quartet opus 10, which allows them to experiment and play with imitating other instruments and describing the natural elements through the traditional string quartet repertoire.

Le French May in the Valley 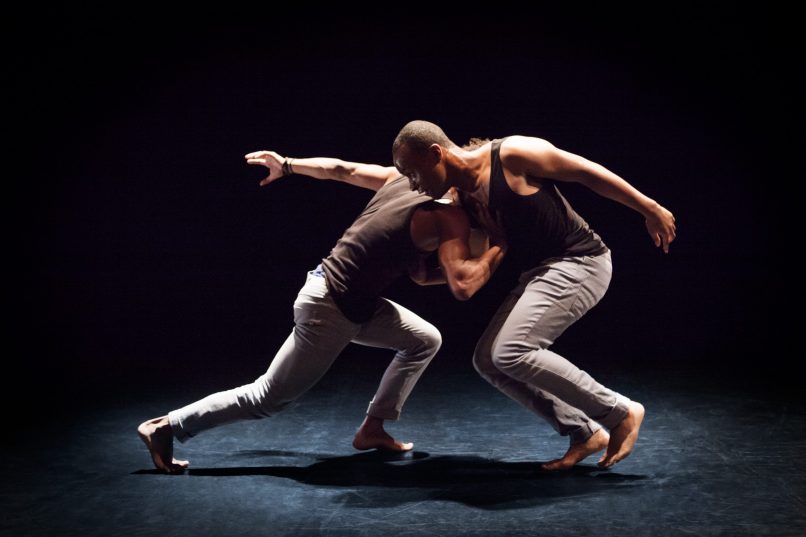 When you’re at the Happy Valley races on a Wednesday, chances are your eyes will be on your winning horse — but for three weeks during Le French May you’ll want to direct your attention to the stage instead. On the 9th, look forward to a performance by the talented a cappella band OMMM, which performs popular covers as well as their original tunes; on the 16th, watch out for part beatboxing, mind-bending hip-hop dance duo The Elem’ants; and on the 23rd, Le Syndicat du Chrome French Brass Brand will turn on the funk with Afrobeat melodies that are sure to make you want to get up and dance. 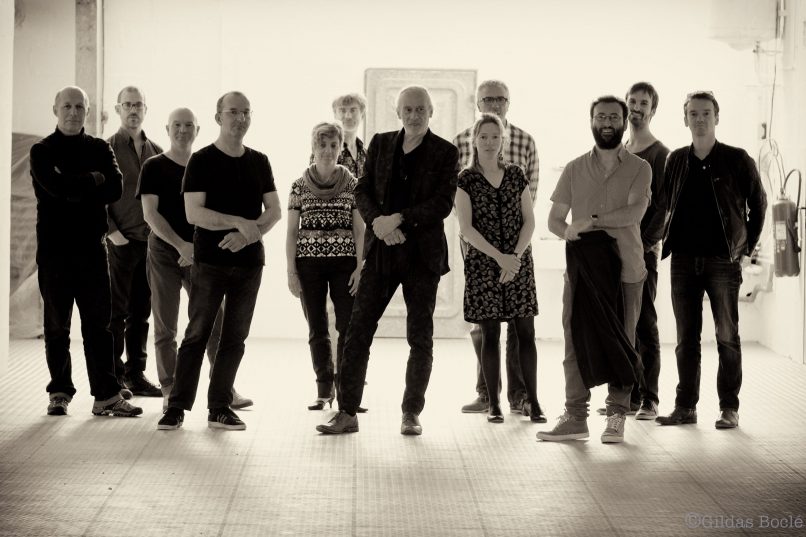 Headed by Jean-Christophe Cholet, La Diagonale du Cube uniquely plays as a jazz orchestra as well as a concertino for two pianos and orchestra. This night is dedicated to the intricate masterworks of one of the most creative composers at the turn of the century: Francis Poulenc.