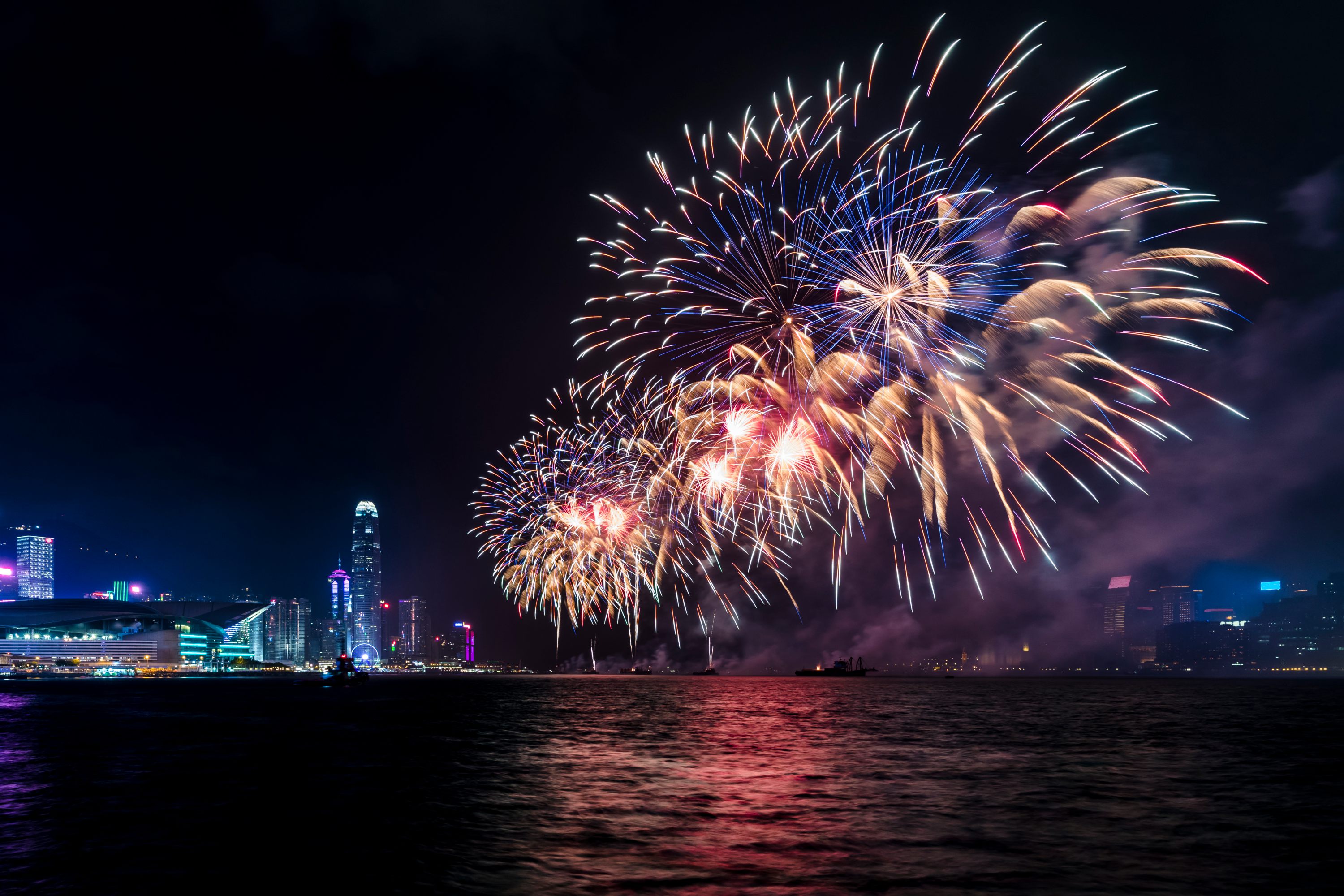 Who wants to stare at the New Year’s Eve fireworks from your TV at home when you can spend the last moments of 2017 living it up? This New Year’s Eve has the most eclectic parties yet, from dancing to star DJ acts to jazzy black-tie affairs and mysterious masquerades. Check out our list below for Hong Kong’s best New Year’s Eve blowouts. 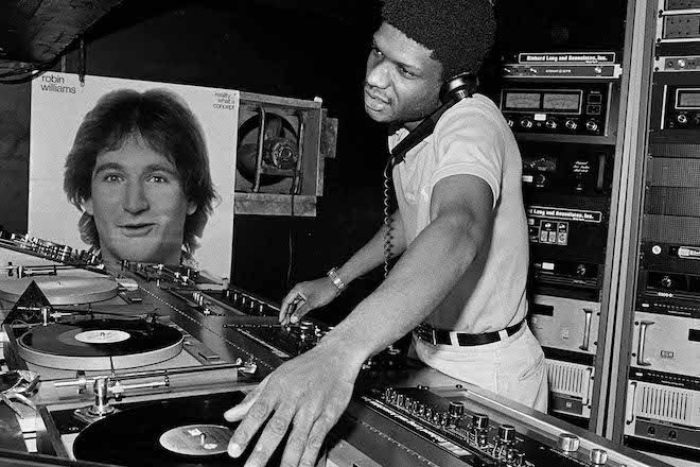 Three party promoter and DJ crews FuFu, Like Minded People and ROAM join forces in the Southside for the ultimate LGBT discotheque featuring the pure sounds of a Funktion 1 Sound System. They’ll be bringing back the days of the storied ‘Paradise Garage,’ also fondly known as the ‘Gay-rage’ or ‘Garage’ — New York City’s noted nightclub that ran from 1977–1987 and arguably gave birth to the genre stateside. Tunes and drinks flow from early until late. 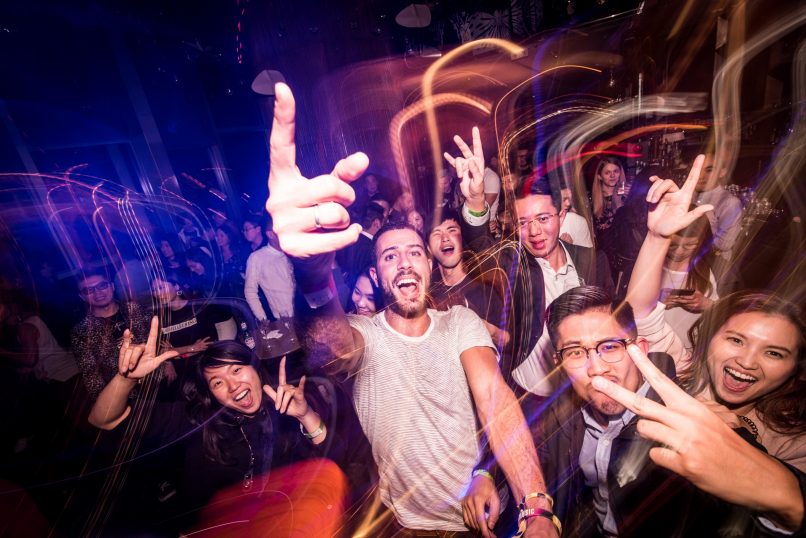 Price: HK$680 (before 24 December) – HK$880 from Ticketflap; HK$980 at the door, all including 2 glasses of Dom Pèrignon champagne or standard drinks.

The W Music Curator Olivia Dawn, also the mastermind behind new party series Woo Studio, brings her very own team Until Dawn to the fray this NYE. Expect Dawn’s live violin talent and vocals to meld with the deep progressive sound of Dutch DJ Philip Didier. The duo have previously made their debut at the global stages of Tomorrowland and Café D’Anvers to rave reviews. They’ll be supported by international DJ Amare and her exotic, funky tunes. There’s also rumours of a surprise performance that night. Winding back the clock to the era of art deco, Duddell’s pairs up with Shanghai Tang this NYE for a celebration themed after the glamorous cinematic experiences in 1930s Shanghai. Sharp suits, silk dresses, slicked back hair, pin curls and bold lips were the name of the game — so dress your best to look the part. The package includes free-flow Ruinart, cocktails, and a wide selection of drinks until midnight. After the clock strikes twelve, Duddell’s will be serving its signature Michelin-starred canapés for hungry guests for the classiest first meal of 2018.

4) Midnight in Tokyo at Foxglove 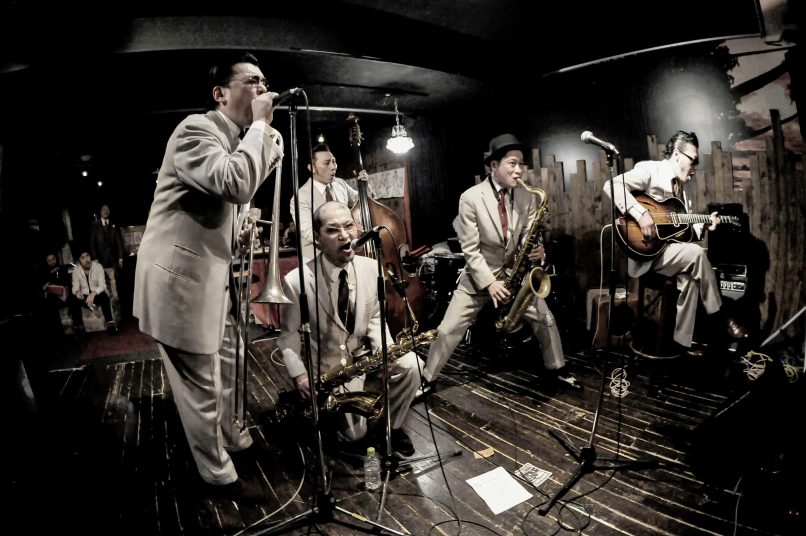 What’s a Tokyo-themed party without Japanese highballs? You’ll be sipping plenty at Foxglove’s jazzy affair this New Year’s Eve, with a free-flow package that also includes wine, beer and premium spirits. Return performers, Tokyo jazz bebop six-piece Bloodest Saxophone will be bringing their eclectic vibes to the countdown. The band will also be playing a sneak peek show on 30 December, with two showings at 7pm and 10pm. Moving beyond its Miracle bar pop-up this New Year’s Eve, Lily & Bloom is going full winter celebratory mode with free-flow Veuve Clicquot (perfect for toasting away 2017), spirits, beer and two specialty cocktails to fuel you into the next year. 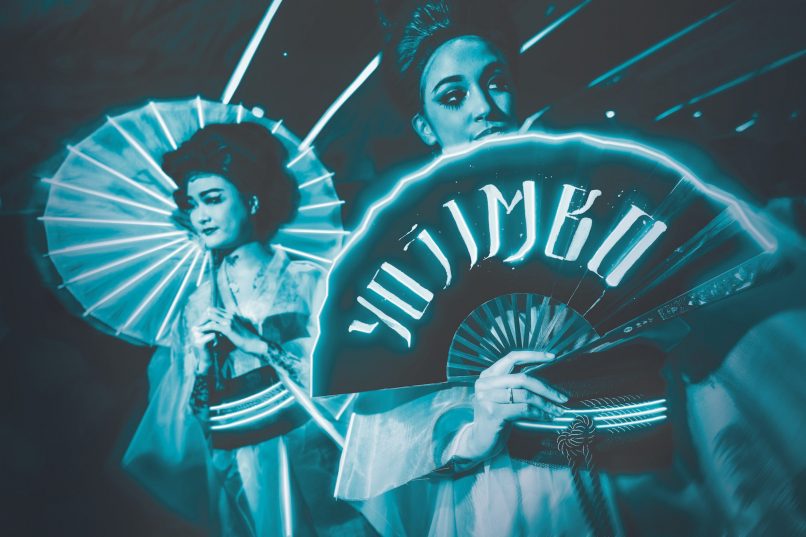 If there’s anything that truly hammers home a countdown party where we hurtle into the future, it’s the newest, cyber-punk Japan themed club in town, Yojimbo. Its New Year’s Eve bash will feature sexy underground deep house and futuristic remixes thanks to Fab D. Verse, Will Power and Miles Slater on the decks. Avant-garde performances are promised from 10pm onwards, and holographic hues and luminescent dancers are sure to add to the tron-like atmosphere… 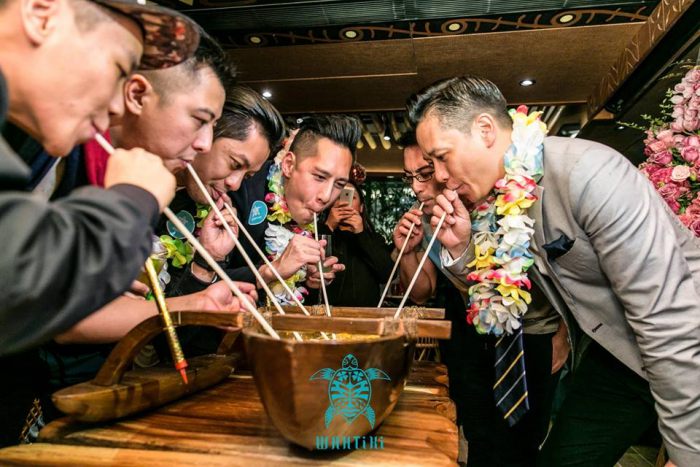 Price: HK$300 early bird, book with enquiries@wahtiki.com; HK$400 at the door, both include two cocktails.

In addition to perhaps being the best place to avoid the LKF road block on the hill, it’s not every day that you’re encouraged to dress black-tie to a tiki bar. While we love any excuse to dress up, Wahtiki also boasts one of the most epic ways to party with Champagne: from an entire canoe of it. Dress to impress, as judges will keep their eyes peeled for the King and Queen of the Wahtiki pageant, who will receive a complimentary ‘Tiki Treasure Chest’ on the night. Private table bookings are available with a minimum spend of HK$2,000.

Unlike your regular masquerade ball, Zuma’s shogatsu affair will feature live performances from drum master Barnaby and John Campo on the trumpet, while the signature Japanese bar bites will be flowing all night alongside Veuve Clicquot bubbly, cocktails, sake, wine and beer. 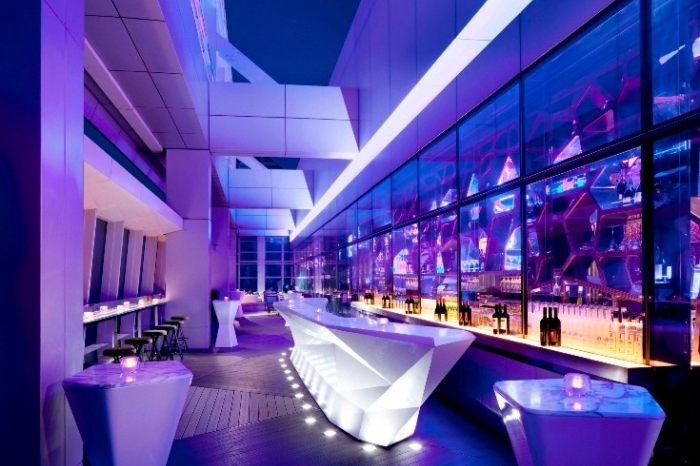 Counting down to 2018 at the highest bar in the world should be a must-do on anyone’s bucket list, especially when the year’s most special fireworks displays are to be let loose right outside the windows. Choose Ozone this year for its opulent, flamboyant themed NYE party harking back to 17th century France, transforming the venue into the Palace of Versailles to bring guests a land of excess. Dress in your Baroque-inspired costumes and party on with rhythms by Roche Musique’s French DJ Cherokee, supported by France’s DJ Mouna and Hong Kong’s DJ Mabu Hi. Each ticket gets you a glass of Dom Pérignon 2009. 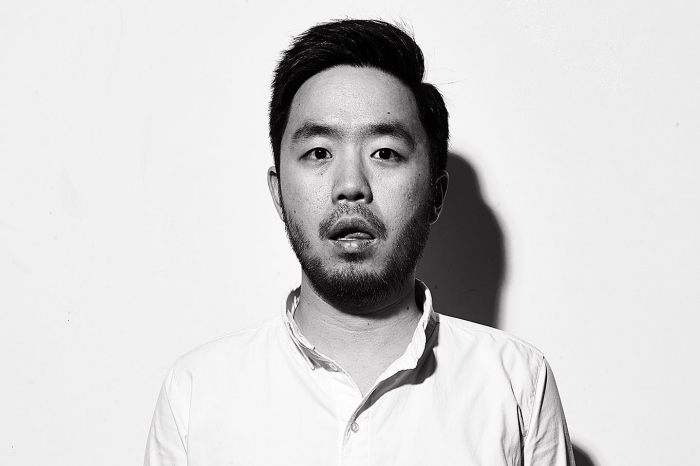 For a tropical vibe this New Year’s Eve, head to Potato Head for its dedicated agenda of eclectic house and disco. Lubricate the night with free-flow Perrier-Jouet, wines, beers and more for just HK$480. For true discerning audiophiles, book into the Music Room for an elevated sonic experience, featuring international DJs Airbear and Jesse You (pictured) from Seoul. If you miss out, fear not: the two return on New Year’s Day for a redux. 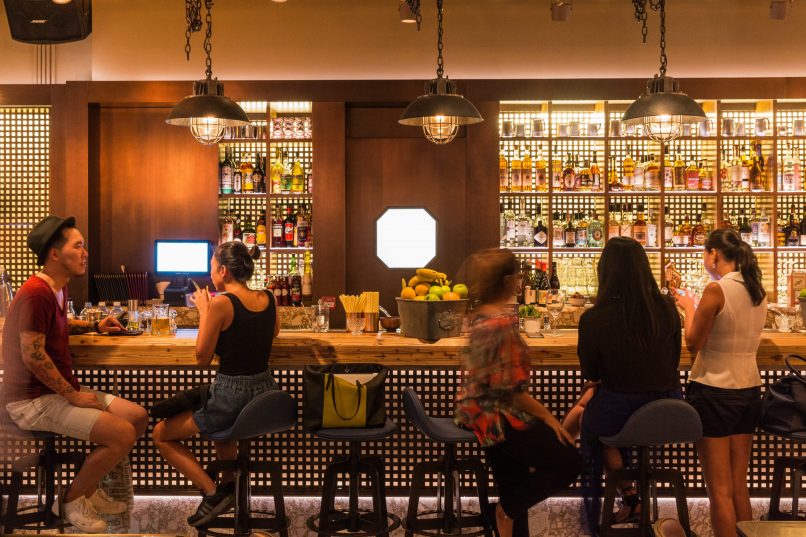 Price: HK$350 for free-flow and two sliders from Pelago; Cash bar after midnight

After regular service from 6–10pm, the clock will start ticking down to 2018 with live DJs Arnaud D and Arun R on the decks. Munch on two complimentary sliders and free-flow drinks until countdown for a laid-back, but no less raucous NYE. Beef & Liberty snacks and nibbles will be on the menu throughout the night. 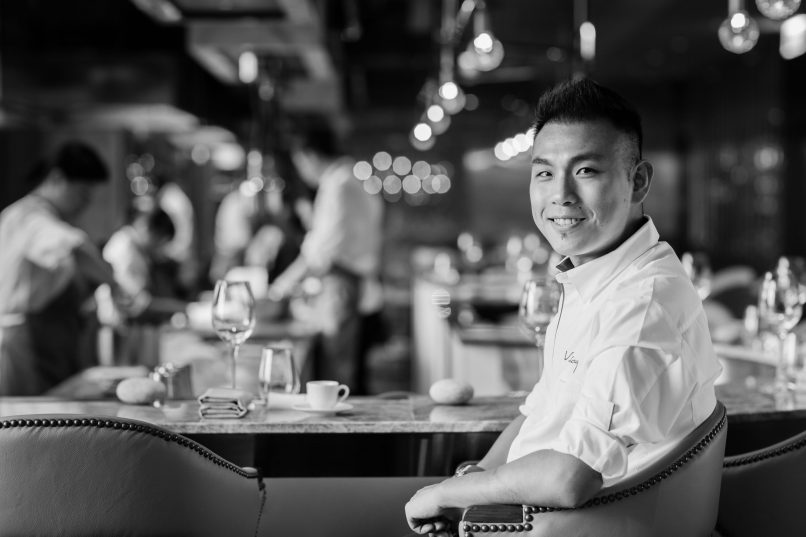 While VEA continues to baffle us with their fantastic cooking and mixology, their countdown party is one not to be missed, taking on a dizzying kaleidoscopic theme this year. With a DJ on the decks, master mixologist Antonio Lai will be fixing up a free-flow of special cocktails and shooters, in addition to a menu of wine, beer and spirits. Groups of five or more get a complimentary bottle of Perrier-Jouët Brut. At 10:30pm, executive chef Vicky Cheng will dole out midnight snacks through to 12:30am to keep the party flowing until late.

A special prize will be awarded to the best-dressed patron. 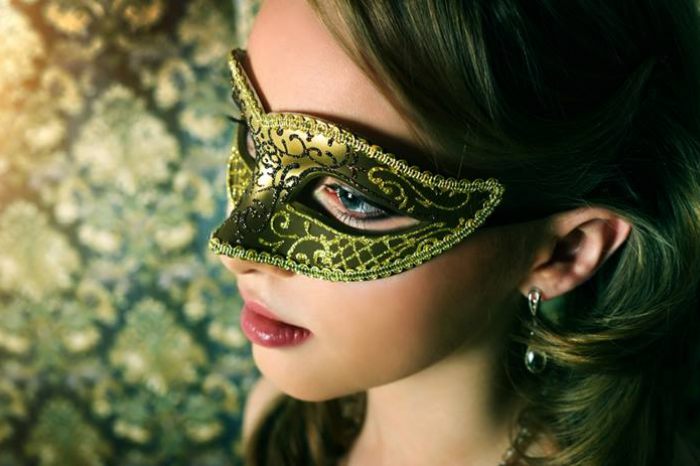 When: All night; Portico terrace party starts at 7pm with free entry

It’s time to don your best mask and glam up for a dark and romantic masquerade to ring in the new year in style. HK$888 per person gets you a beautiful five-course dinner while seated in Spiga’s magnificent black and gold décor. Once the clock strikes twelve, you’ll be treated to an Italian tradition of lentils and pork sausage: lentils, with their coin-like shape, represent prosperity, while pork represents the fat of the land. Non-diners can also join the party at Spiga’s Portico terrace, where the dancing starts from 7pm until late with free entry. 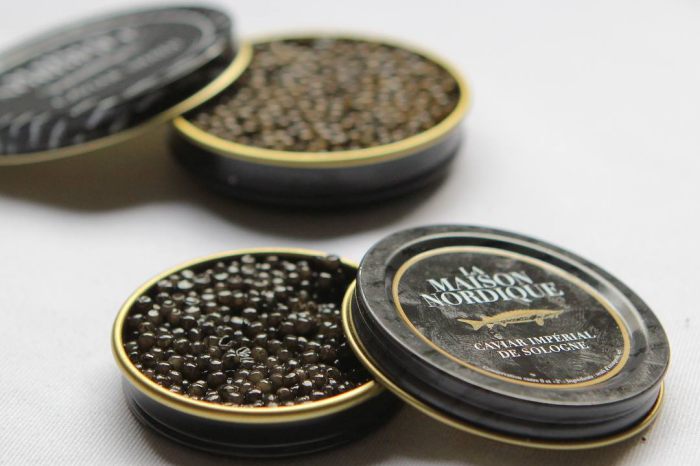 Seafood fanatics will be flocking to this NYE party purely on their delicious offerings alone. A ticket gets you two and a half hours of free-flow caviar, oyster, foie gras, lobster and canapes, on top of champagne, wine, gin cocktails and more. Things will heat up as the countdown nears with a stunning acrobatic acts, while DJ Neo-B spins on the decks.

This isn’t a New Year’s Eve party where you can just roll up at the door, but if you’re the type who loves to jetset away to new exotic locales any time there’s a major holiday, you’ll want to sign up for Crystal AirCruises’ latest all-inclusive itinerary. From 30 December to 4 January, the AirCruise will allow passengers the ability to travel back through time — starting by being the first in the world to ring in the new year at the iconic Sydney Harbour Bridge. You’ll get to celebrate New Year’s Eve one more time again as the cruise heads past the International Date Line to Hawaii, where you can count down on the beaches of Honolulu. Aboard the only twin-aisle private jet in the world, the roomy 88-seater features spacious lie-flat seats, luxury bathroom amenities, an extensive selection of on-board entertainment, as well as Michelin-grade meals and the largest wine cellar in the sky.