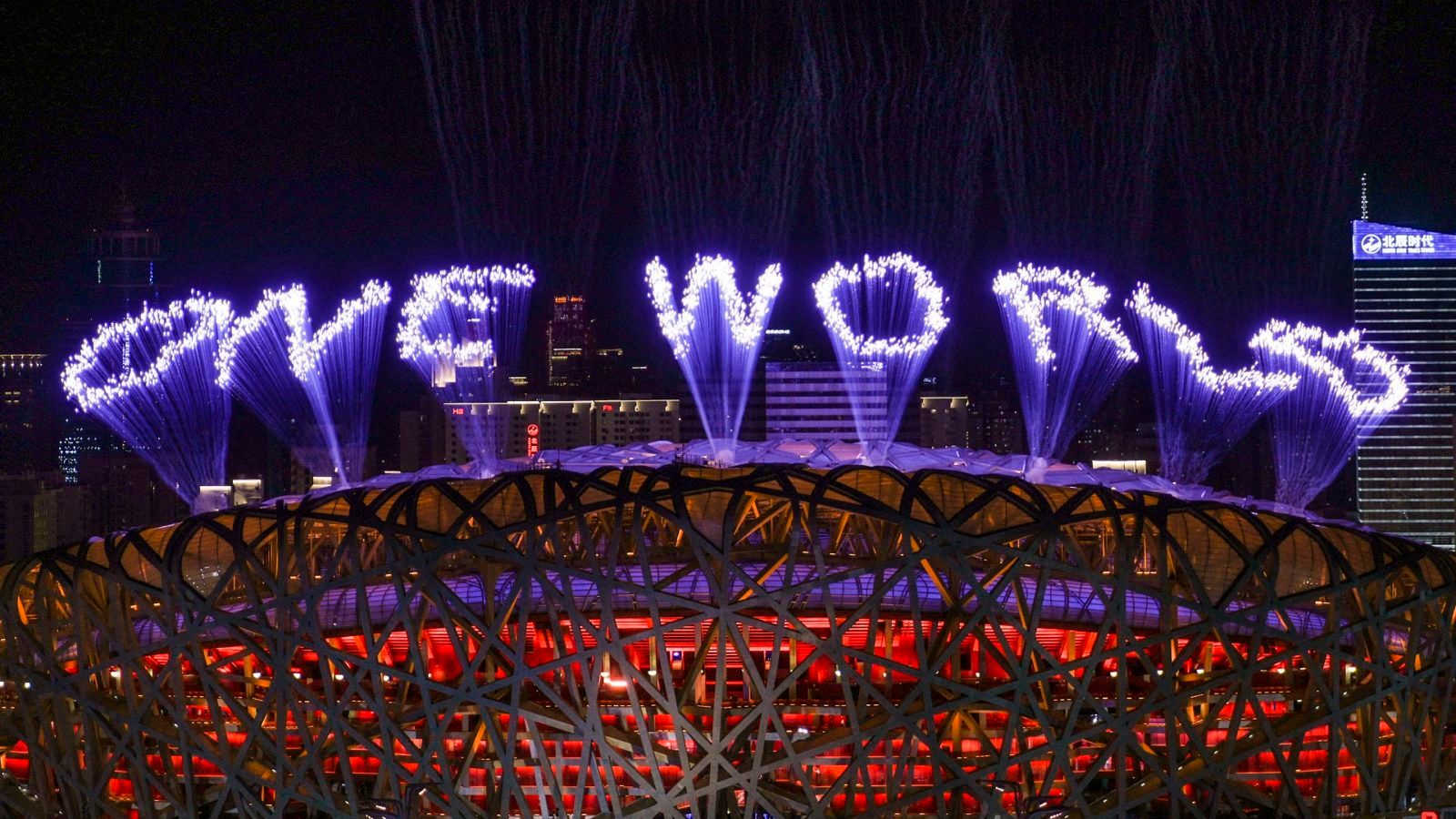 “The truly exceptional Olympic Winter Games Beijing 2022 were the beginning of a new era for global winter sport,” Bach said in his speech

“You embraced each other, even if your countries are divided by conflict,” the IOC president said, adding, “The unifying power of the Olympic Games is stronger than the forces that want to divide us: you give peace a chance.”

Fireworks and music at closing ceremony

A total of 2,871 athletes participated in the Games and, according to Chinese state media CGTN, over 2,000 attended the closing ceremony.

Olympic athletes entered the LED-screen lit floor of the stadium to the music of “Ode to Joy”. Xi and First Lady Peng Liyuan were reportedly seen joining in the applause.

Red Chinese lanterns were placed on one side of the stadium, where social distancing was maintained.

The Olympic flame was doused as snowflake-themed ceremony was capped with a 90-second fireworks display ending with the words “One World”. A rendition of “Auld Lang Syne” was also performed.

The next Winter Olympic Games are scheduled to be held in the Italian cities of Milano-Cortina in 2026.

As Bach declared the Games closed, the Olympic flag was lowered and handed over by Beijing mayor Chen Jining to Beppe Sala and Gianpietro Gedina — the mayors of Milan and Cortina d’Ampezzo, respectively.

The Beijing 2022 Winter Olympics started on 4 February. A total of 109 events in 15 disciplines of seven sports were held during the two weeks of the competition.

Norway emerged as the best team with 16 golds out of 37 of its medals followed by Germany with 12 golds of its total 27. China won nine golds among 15 medals, ranking third on the medal table. The US followed with eight golds of 25 medals.

Beside the host city of Beijing, Yanqing and Zhangjiakou also hosted some of the events.

The Games were held in a “closed loop” to prevent an outbreak of COVID-19. But it was also hit with politics, with prominent democracies staging a diplomatic boycott over the human rights issues.

Beijing 2022 Winter Games saw numerous successes, especially that of Chinese freestyle skier Eileen Gu. Born in San Francisco and playing for China, Gu, who is one of the most famous faces of top luxury brands, won two golds and a silver.

Beijing 2022 Winter Olympics Xi Jinping Milano-Cortina 2026 Closing Ceremony
Manas Sen Gupta
Manas enjoys reading detective fiction and writing about anything that interests him. When not doing either of the two, he checks Instagram for the latest posts by travellers. Winter is his favourite season and he can happily eat a bowl of noodles any time of the day.
Travel Culture Entertainment Food
Sign up for our newsletters to have the latest stories delivered straight to your inbox every week.