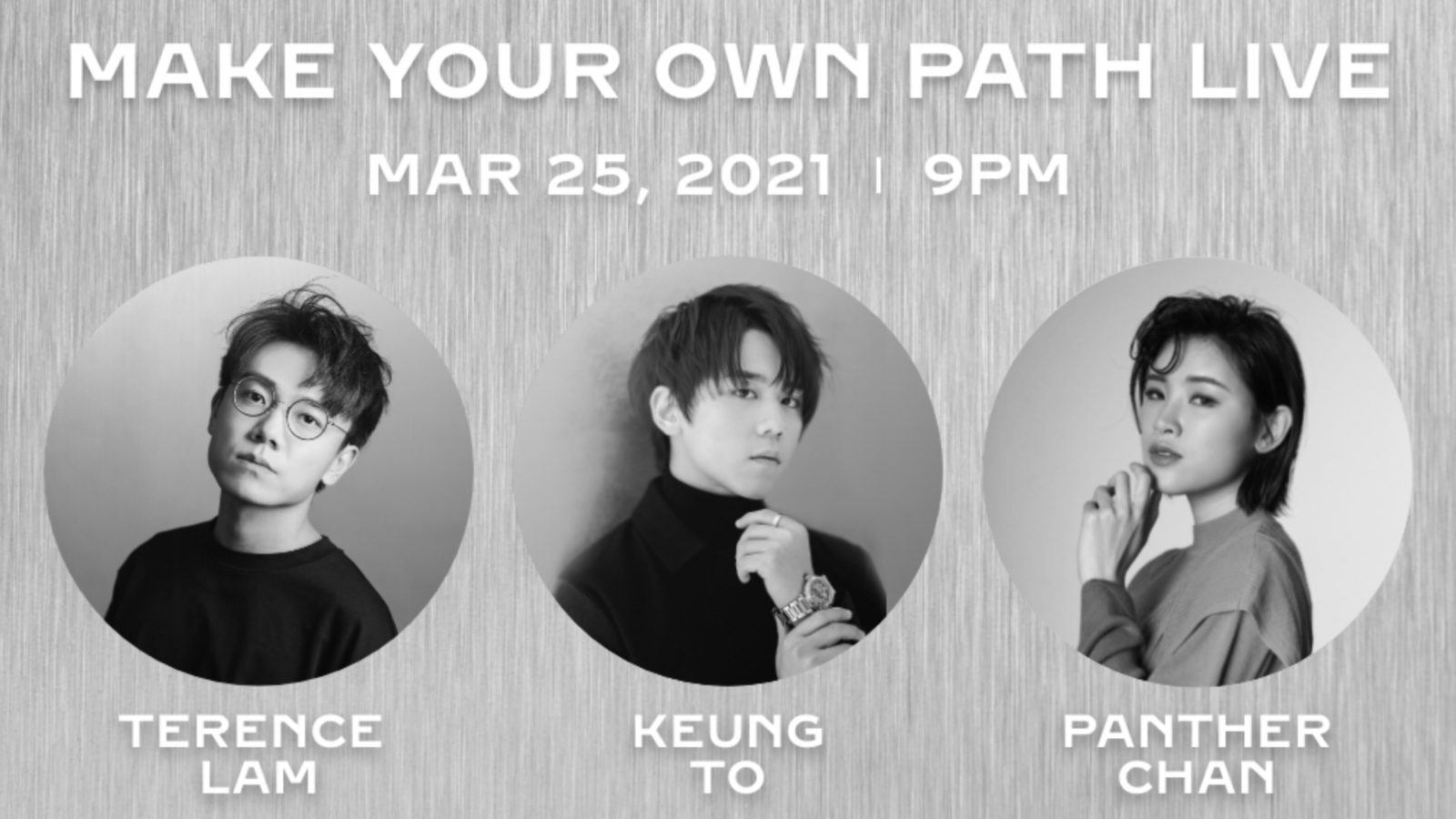 A Cartier performance starring the musical talents of Keung To, Terence Lam and Panther Chan.

Originally launched in 1985, the Pasha de Cartier watch was conceived around the notion of a ‘square inside a circle’; a design feature highlighted by a circular case surrounding a squared-off railway minutes track. Resurrected from hiatus last year through a star-studded campaign fronted by Rami Malek, Troye Sivan, Willow Smith, Maisie Williams and Jackson Wang, the Pasha de Cartier spotlights the individualist. The one of a kind. The square-peg-in-a-round-hole, realised and personified.

The five ambassadors — each, respectively, at the top of their careers as actors, musicians and artists alike — were chosen to represent a new generation of creatives. New blood, new perspectives and new pathways to self-discovery and expression.

“Since its creation in the 1980’s, the Pasha watch has embodied a certain idea of success directly linked to its extroverted design, power and graphic nonconformism,” said Arnaud Carrez, International Marketing and Communications Director of Cartier International. “It is as edgy as ever and in tune with today’s new generation of creators. These new Pasha ambassadors owe their success to their differences, creativity, connection, multidisciplinary talents and generosity.”

This same spirit of boundless creativity is brought forth for the Hong Kong audience with a streamed performance ‘MAKE YOUR OWN PATH Live’, curated and presented by Cartier, featuring a trio of local talents: pop icon Keung To, singer-songwriter Terence Lam and recording artist Panther Chan on 25 March, 9pm Hong Kong time. The six-song playlist will include the debut performance of ‘Master Class‘ by Keung To.

Tune into the Cartier MAKE YOUR OWN PATH Live performances here on 25 March at 9pm, or on Keung To, Terence Lam and Panther Chan’s respective Instagrams.

pasha de cartier
You might also like ...
Style
Appreciate the intricacies of the tourbillon in these new Rotonde de Cartier watches
Style
A first look at the new high jewellery creations from Cartier, Bulgari and more
Style
Weekly Obsessions: Sacai’s Einstein t-shirt, an 1989 Cartier Tank Louis and more
Style
A hundred rare vintage clocks by Cartier are going under the hammer this month
Joey Wong
Editor
Constantly in pursuit of a multi-hyphenated career, Joey has written her way through fashion trends, youth culture and luxury retail in New York and Hong Kong. Beyond internet adventures tracking down the perfect vintage find, you can probably catch her sipping on her third oat milk latte of the day in the city’s newest café. She’s currently mourning the loss of TikTok in Hong Kong.
Style Culture Drinks Hong Kong Art