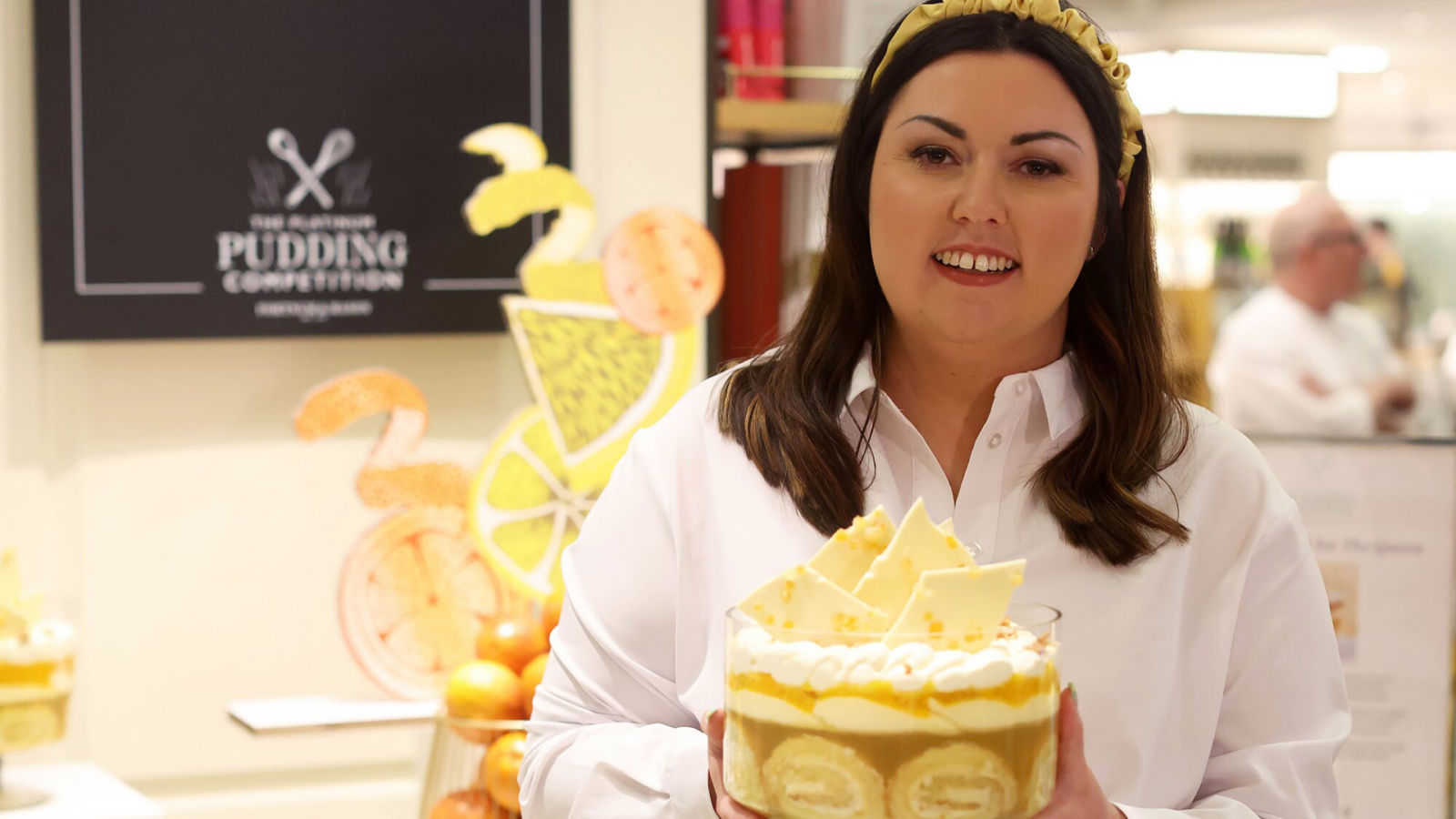 Jemma Melvin might not have entered the competition to create the official dessert for Queen Elizabeth II’s upcoming Platinum Jubilee at all had a friend not encouraged her to send in a recipe. The 31-year-old copywriter credited her friend Sammy with sending her the link to apply, and she decided she’d give it a shot.

According to the BBC, more than 5,000 people, ranging in age from 8 to 108, submitted their best dessert recipes to the competition, and a team of judges somehow had to narrow that down to just a handful of finalists. The potential winners included a four-nations pudding, a Victoria sponge Bundt cake, a passionfruit and thyme frangipane tart, a rose falooda cake, and Melvin’s own seven-layer lemon Swiss roll and amaretti trifle.

Earlier this week, the five amateur bakers had a mini-bake off and prepared their desserts for a team of judges, including former Great British Baking Show judge Mary Berry. The winner was announced during a BBC program called The Jubilee Pudding: 70 Years in the Baking and yes, Jemma Melvin’s trifle is now the official pudding — or dessert, in more American terms — to commemorate the Queen’s 70-year reign.

“This particular trifle is a tribute to three women: it’s my Gran, my Nan and the Queen herself,” Melvin said, according to the Associated Press. “My Grandma taught me to bake, she taught me all the elements, everything from scratch. My Nan’s signature dish was always a trifle; we used to call her the queen of trifles. And the Queen had lemon posset at her wedding.”

And, perhaps even better than having your recipe become the Queen’s official celebratory dessert is having Mary Berry tell you that you “nailed” your entry. “That was the moment,” Melvin said.

One of the judges, an Executive Pastry Chef at royal grocer Fortnum & Mason, said that he thought that Brits would be making Melvin’s dessert “for at least the next 50 to 100 years.” He might not be wrong, as two other Royally Inspired recipes have since become British staples: A buttercream and raspberry jam-filled sponge cake went from being Queen Victoria’s fave to being known as the “Victoria sponge,” and “Coronation Chicken” was created for the current Queen’s Coronation Day banquet in 1953.

“For a month or more, I was cooking a chicken a day and we had to alter the balance of the spices in the sauce to get it right,” Angela Wood, who helped co-write the recipe when she was a 19-year-old student at Le Cordon Bleu’s London school, told the BBC earlier this year.

So who knows? Maybe that lemon Swiss roll and amaretti trifle will be on the menu for Queen Elizabeth’s next jubilee, too.

You can find the winning lemon Swiss roll and amaretti trifle recipe at bbc.co.uk.

queen elizabeth ii best desserts Platinum jubilee
Jelisa Castrodale
Baking
Sign up for our newsletters to have the latest stories delivered straight to your inbox every week.