Top 10 things to do in Hong Kong this December

Holiday engagements tend to take over our social schedules in December, but amidst the numerous festive cocktails, White Elephant exchanges and tree lighting ceremonies, there are plenty of arts and cultural events happening around town that shouldn’t be missed amongst the holiday hoopla. From one of the biggest Broadway musicals of all time to French cinema taking over our city, here’s where to head when you need a break from singing Christmas carols around the tree. 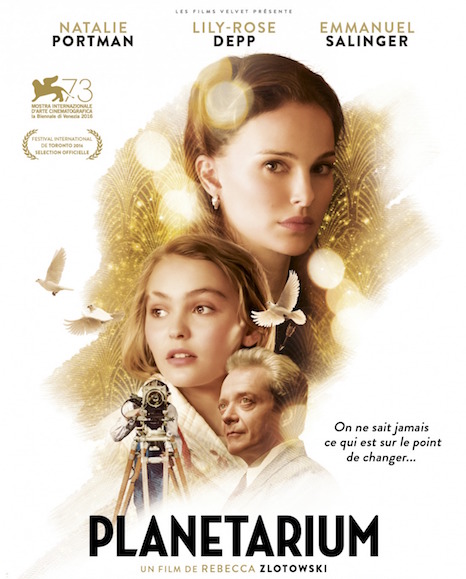 The 45th annual Hong Kong French Film Festival runs through 14 December this month, bringing the best of French cinema — both old and new — to our doorstep. Organised by Alliance Francaise, the event features showings of more than 48 films with 130 screenings in cinemas around Hong Kong. Along with old classics, the film festival brings the best of new releases to our city, with premieres including “Mal de Pierres”, a story of forbidden love starring French darling Marion Cotillard; “News from Planet Mars”, a quirky comedy; and “Planetarium”, a tale of two sisters in pre-war France starring Natalie Portman and Lily-Rose Depp. Why pay for all-you-can-eat at just one restaurant, when you can gorge at 14 different venues instead? This month, restaurant booking platform Chope is organising an all-access “restaurant crawl”, where you can enjoy unlimited signature dishes and drinks all night long from 14 restaurants and bars around town. Naturally, you’ll need to know just how close these restaurants are so you can optimise your food marathon accordingly, so here’s the full list: Azure Restaurant Slash Bar, Jinjuu, Ciao Chow, Porterhouse by Laris, Gaucho, Bungalow, Amazake, Common Room, Check-In Taipei, The Diner, Soi 7, Tipping Point Brewing Co., Cafe Siam and Havana. 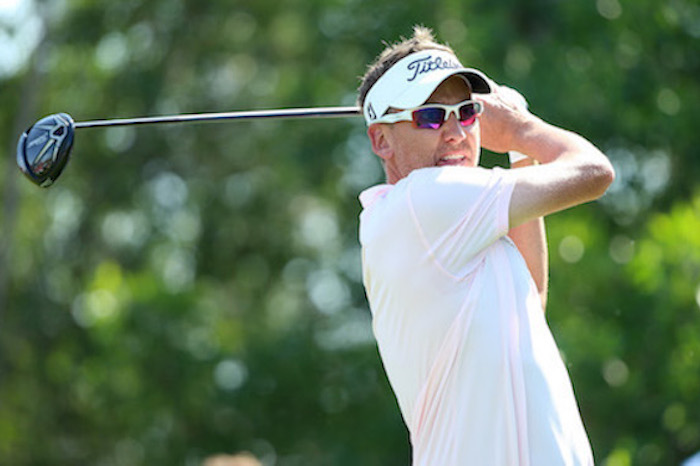 Tee off with international golf stars including Danny Willett, Patrick Reed, Ian Poulter and Yue Yin-Ho at the UBS HK Open, taking place at Hong Kong Golf Club this year. One of the headlining opening acts of the 2017 European Tour season, the UBS Hong Kong Open is one of the longest-running professional sporting events in the city, attracting some of the best players around the world every year for a gruelling four-day tournament. After catching all the action on the green, don’t miss the off-course activities including live music performances, picnics in the Spectator Village, a virtual reality experience centre, and a Santa’s corner for the junior attendees.

Tickets: Free on 8–9 December; register at eventbrite.co.uk. HK$400 on 10–11 December from ticketflap.com 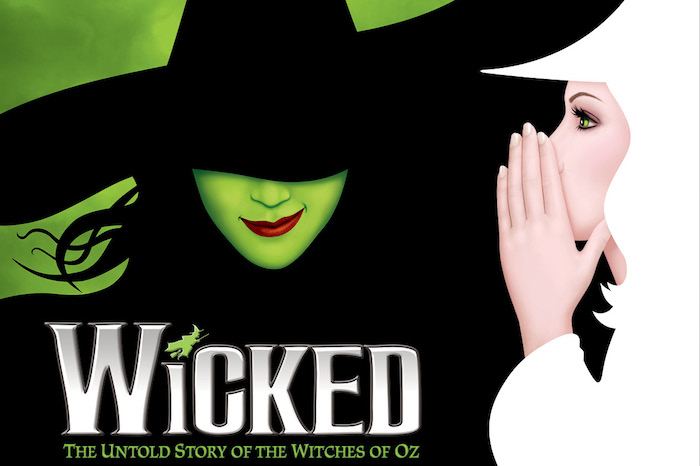 One of the best-loved Broadway shows of all time has landed — broomsticks and all — on Hong Kong shores for an extended run, after selling out the original slot of shows in record time. The untold story of the Wicked Witch of the West takes audience members into a green-tinted world of witches, wizards, sorcery and magic, while commenting on universal lessons of love, acceptance and bravery. From the glittering green lights of the Emerald City to the heart-wrenching love tale between Elphaba and Fiyero, Wicked has all the ingredients for an entertaining night out at the theatre. 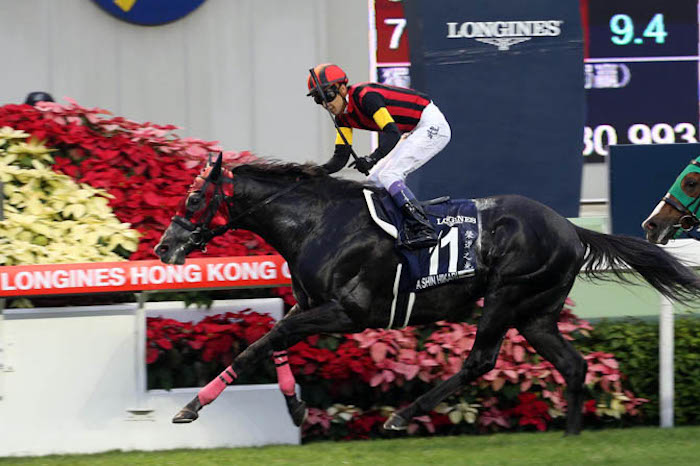 Get swept up in the world of horse racing at one of its most celebrated occasions — the LONGINES Hong Kong International Races, taking place at Sha Tin Racecourse. The event kicks off with a special performance from Hong Kong Cantopop singer Leo Ku, followed by Ban’s Gig Drums pumping up the crowd with a mass drum performance. Expect a heart-pumping race as elite horses from around the world battle it out on the track, with a spectacular fireworks show to cap off the night and honour the race’s champions. Looking for an activity the whole family can enjoy this holiday season? If you can’t make the trip out of Hong Kong, you can still escape the hustle and bustle of the city with a journey to Winter Wonderland, a European-themed winter fantasy land complete with giant ice slides, an ice rink, ice sculptures, gingerbread candy houses, sky-high Christmas trees, and an immersive Northern Light theatre. Covering 24,000 square metres, the “Ice Hall” will house six different themed zones with a variety of winter-themed activities for kids and adults alike.

Tickets: Starting from HK$90 from winterwonderland.asia Georges Bizet’s famous opera, Carmen, lights up the stage this month with its rhythmic Latin dance, mesmerising arias, and brightly-coloured costumes — including Carmen’s signature flaming red dress. The most popular work from French composer Georges Bizet, the opera was originally written for a French audience to entice them with exotic tales of Spain, with the story set in 19th-century Seville amongst bullfighters and gypsies. A riveting performance imbued with passion and sensuality, Carmen is one show everyone can enjoy, from first-time opera-goers to long-time fans. Performed in French with Chinese and English surtitles.

It’s not Christmas until the Sugar Plum Fairy and the Mouse King make an appearance. A holiday tradition, The Nutcracker is a magical journey into a realm of marching toy soldiers, mischievous rats and glittering, super-sized doll houses. The HK Ballet puts on another enchanting performance this year, complete with snowflakes and sugar plums. Acclaimed Australian choreographer Terence Kohler directs this visually arresting masterpiece to Tchaikovsky’s well-known score. German theatre group Schaubühne Berlin brings the thrilling and unconventional Shakespearean production of Richard III to life this month with a new translation, changing English verses into German prose. The story of the Machiavellian ruler’s rise to power in the late 15th century, Richard III reveals the dark side of human nature, as depicted by the actions of the infamous hunchback king. The performance by Schaubühne Berlin incorporates live video, drum music and puppetry for an avant-garde take on the famous Shakespearean play. In German with Chinese and English surtitles. The debut design exhibition of M+, “Shifting Objectives: Design from the M+ Collection” showcases the museum’s groundbreaking design collection featuring more than 120 works spanning from 1937 until now. Running through February 2017, the exhibition is the second show to display at the new M+ Pavilion, a space that has been constructed on the West Kowloon site of M+ to host the museum’s exhibitions until it officially opens in late 2019. The ‘Histories’ section features everything from Mao-era propaganda posters to an early example of the world’s first electric rice cooker, while ‘Constellations’ leans toward contemporary works by internationally recognised artists.

Art Culture Museum Carmen Arts & Culture top 10 things to do what to do in hong kong cultural events hong kong wicked richard III M+ Pavilion
Leslie Yeh
Editor in Chief
Having worked as a lifestyle editor for almost 10 years, Leslie is thrilled to be writing about the topic she loves most: wining and dining. When she's not out pounding the pavement for the latest new restaurant opening or tracking food trends, Leslie can be found at home whipping up a plate of rigatoni vodka and binge-watching Netflix with a glass of Sauvignon Blanc in hand.
Dining Restaurants Food Trends Drinks Travel