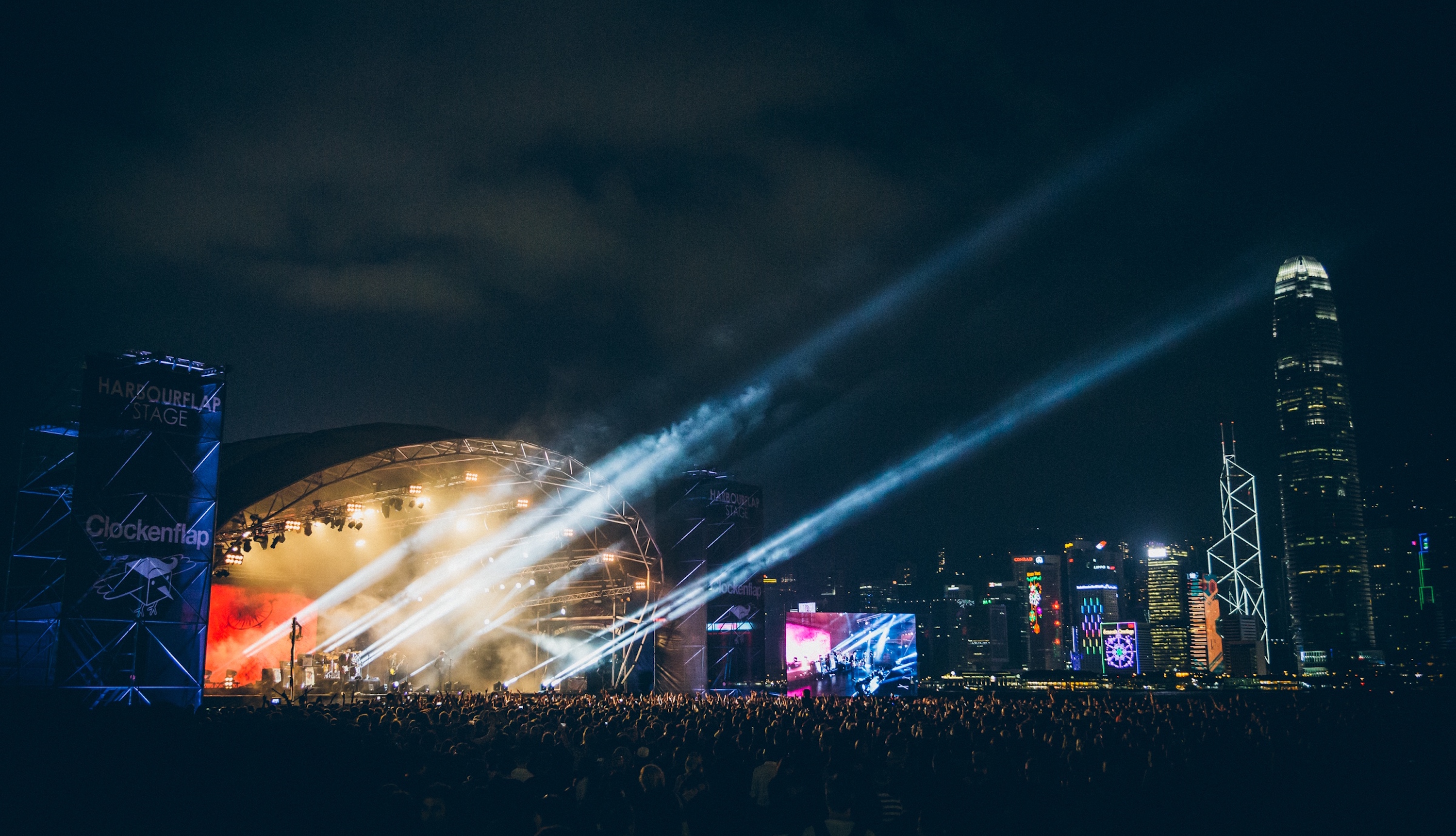 Top 15 things to do in Hong Kong this November

November is a big month in the 852, so much so that we couldn’t give you only 10 things to do. Bookworms will flock to the Hong Kong International Literary Festival, beer lovers will rejoice at Beertopia and just about everyone will be heading to Clockenflap. Meanwhile, Hongkongers will be pushing their physical limits at the Spartan Race, and a surplus of special exhibitions will offer opportunities for a quieter kind of cultural appreciation. No matter where you end up, it’s going to be a busy month ahead, so start planning now.

The Gallery Walk for Charity at Hong Kong Art Week

Hong Kong Art Week is well underway, but if you haven’t planned your itinerary of art gazing and exhibition hopping yet, here’s one to mark down: The Gallery Walk for Charity, which offers access to more than 40 galleries across Central, Sheung Wan and Sai Ying Pun, with all proceeds going to support Hong Kong Art Gallery Association (HKAGA) programmes. Doors will open late as the city’s creative set come together, with music and dance installations as well as food and drink from Hong Kong’s top kitchens (Aberdeen Street Social, Bayta and Tartine, to name a few). Quench your thirst with drinks provided by Absolut, Peroni and Pont des Arts wines.

Off the Record: W Hong Kong Music and Art Festival

W Hong Kong is kicking off the month with a four-day music and art extravaganza which will feature top DJs and artists from around the globe. With a mix of daytime and evening events, and free and ticketed performances, this festival presents live art installations soundtracked to a variety of beats. Highlights include rising Chinese star DJ Wordy, drum ‘n’ bass legend Goldie, airbrush artist Rob Prior, street artist Wais and more.

Prices vary according to event and can be purchased here.

Jazz composer and pianist Leszek Możdżer shows off his lightning-fast fingers this week, stopping by Hong Kong as part of the Jazz World Live Series. Trained in classical piano since the age of 5, Możdżer became interested in jazz music at the age of 15 and has since gone on to win numerous awards and accolades, regarded by many as Polish jazz’s greatest revolution of the last decade. Catch the virtuoso in action during his one-night performance at Sheung Wan Civic Centre.

Instead of spending all day at your desk looking at cute puppy videos, why not do something in support of our local canine heroes? Kir International has partnered with local artists to present the Living Eyelands pop-up art exhibition this month, a silent auction with all proceeds going to support the non-profit organisation Hong Kong Guide Dogs Association (HKGDA). The themes are related to visual impairment, commenting on our senses and perception of the world around us.

Bookish minds should head to the Hong Kong International Literary Festival this month, the annual event where writers, poets, authors and literary luminaries converge in a 10-day panel of literary discussions, lunches, workshops, debates, book signings and readings. A festival for both established authors and those just starting out putting pen to paper, HKILF celebrates creative writing in English but also emphasises works with an Asian connection, highlighting everything from poetry to nonfiction to scriptwriting.

Tickets are available here with prices ranging according to event.

“The World of Tim Burton”

Though he’s best known as a film director, Tim Burton is more than that — he’s an artist and a visionary. Featuring more than 500 works spanning Burton’s life, from childhood drawings to pieces related to his recent motion pictures, “The World of Tim Burton” is an immersive exhibition which has travelled to Prague, Tokyo, Osaka, Brühl, São Paolo, Shanghai and, now, Hong Kong. The exhibition features nine thematic sections that explore Burton’s one-of-a-kind artistry, and the director himself will be coming to Hong Kong to launch this very special show.

Tickets vary in price according to the day of the week and can be purchased here.

Looking to challenge yourself this month (and perhaps burn a few calories before the holiday eating marathon begins)? The world’s leading obstacle race is coming to Hong Kong, with a number of different race types to test your endurance and physical limits. This is no weekend walk in the park — Spartan Race is known globally as one of the most difficult race courses in the world, with the shortest course, Spartan Sprint, starting from three miles and 20-plus obstacles, and the ultimate Spartan Beast course covering more than 12 miles and 24-plus obstacles across rough terrains. Come ready to fight tooth and nail — and pray that all those sessions at PURE or XYZ have paid off.

The days of British rule are long gone, but that doesn’t mean we can’t enjoy all that British culture has to offer. The first-ever Best to British festival features a series of dining and cultural events designed to highlight, well, the best that Britain has to offer. Taking over Tamar Park for six days, Best of British will include an open-air cinema, eight local restaurants’ takes on classic British dishes, and themed nights focusing on different beverages such as whisky and beer — all culminating in a day-long British garden party on Sunday 13 November.

Entry to all events is free to the public, though films require registration and cost HK$40 each.

Discover your favourite new wines and sample hard-to-find vintages at the Hong Kong International Wine & Spirits Fair, taking place this month for the ninth year running. While primarily a trade fair, the last day of the convention is open to the public, with ticket prices going for HK$200. This year will see more than 1,060 exhibitors from 36 countries, with over 60 special events occurring over the three-day period (ticket holders may also attend specially marked events on Day 1 and 2). If you enjoy exploring new grapes and discovering varietals from all over the world, this is an event to put in your calendar.

Overlapping with Best of British, the city’s first-ever Belgium Week will bring the art, music and cuisine of another European nation to our shores. Work from Belgian artists will appear at various locations around town, while KEE Club will host a DJ night and several culinary events relating to the festival. In addition, Belgian singer Filip Jordens will perform songs written by the legendary singer-songwriter Jacques Brel at Ping Pong Gintonería in Sai Ying Pun.

Featuring more than 70 donated works of art, Asia Art Archive’s annual auction helps the organisation continue its mission of promoting and supporting art in Asia. Online bidding begins 7 November and will run until the live auction and dinner at the China Club on 19 November. Meanwhile, the artworks up for auction will be available for public viewing for four days starting 15 November.

An extended part of the 4th Hong Kong International Photo Festival (an ongoing series of events and exhibitions through 11 November), World Press Photo 2016 is a photography exhibition displaying over 150 compelling images from photojournalists all around the world. Founded in 1955, the competition attracted a total of 82,951 entries this year from nearly 6,000 photographers; the winning photographs will be displayed at the exhibition this month, divided into eight categories which depict crucial moments in news, human issues, nature, and arts and entertainment throughout the year.

Prepare to guzzle your weight in beer at Beertopia 2016, taking place along the Central Harbourfront. With over 13,000 attendees last year, this year’s event aims to attract an even larger crowd with four new decorated theme areas, including a shisha garden, and more than 500 different beers from all over the world, highlighting international and homegrown favourites. Expect a weekend of great food, live musical performances and DJs, beer games and plenty of new brews to expand your beer-drinking horizons.

Hailing from the hipster hotbed of Shoreditch in London, graffiti artist and interior designer Szabotage is now based in Hong Kong and will be exhibiting his finest street art for three days in the heart of Lan Kwai Fong. Inspired by urban architecture and streetscapes, his work features bold colours and explores issues of personal freedom.

It’s that time of year again, Hong Kong — the city’s largest music and arts festival is just a few weeks away. If you haven’t snagged your tickets yet, what are you waiting for? This year, the all-day festivities have moved across the water to Central Harbourfront, where three main performance stages will be set up along with all the bells and whistles — silent disco, an outdoor film tent, theatre and cabaret at Club Minky; sculptures and street art; and a lineup of the city’s best F&B vendors.

For those genuinely interested in the music (and not just there for the drinks or commingling), there’s a lot to look forward to this year, including hip-hop performances from British rapper M.I.A. and The Sugarhill Gang, invigorating guitar sets from return performers post-rock band TFVSJS, indie-rock tunes from American band Yo La Tengo and English band Foals, and a bit of South Korean pop from Hyukoh. The list goes on with more than 70 performers scheduled to hit the stage, so get ready for a marathon weekend of dancing, partying and rocking out.

Tickets are available here from HK$810.