Home > Culture > Events > What to do in Hong Kong this August 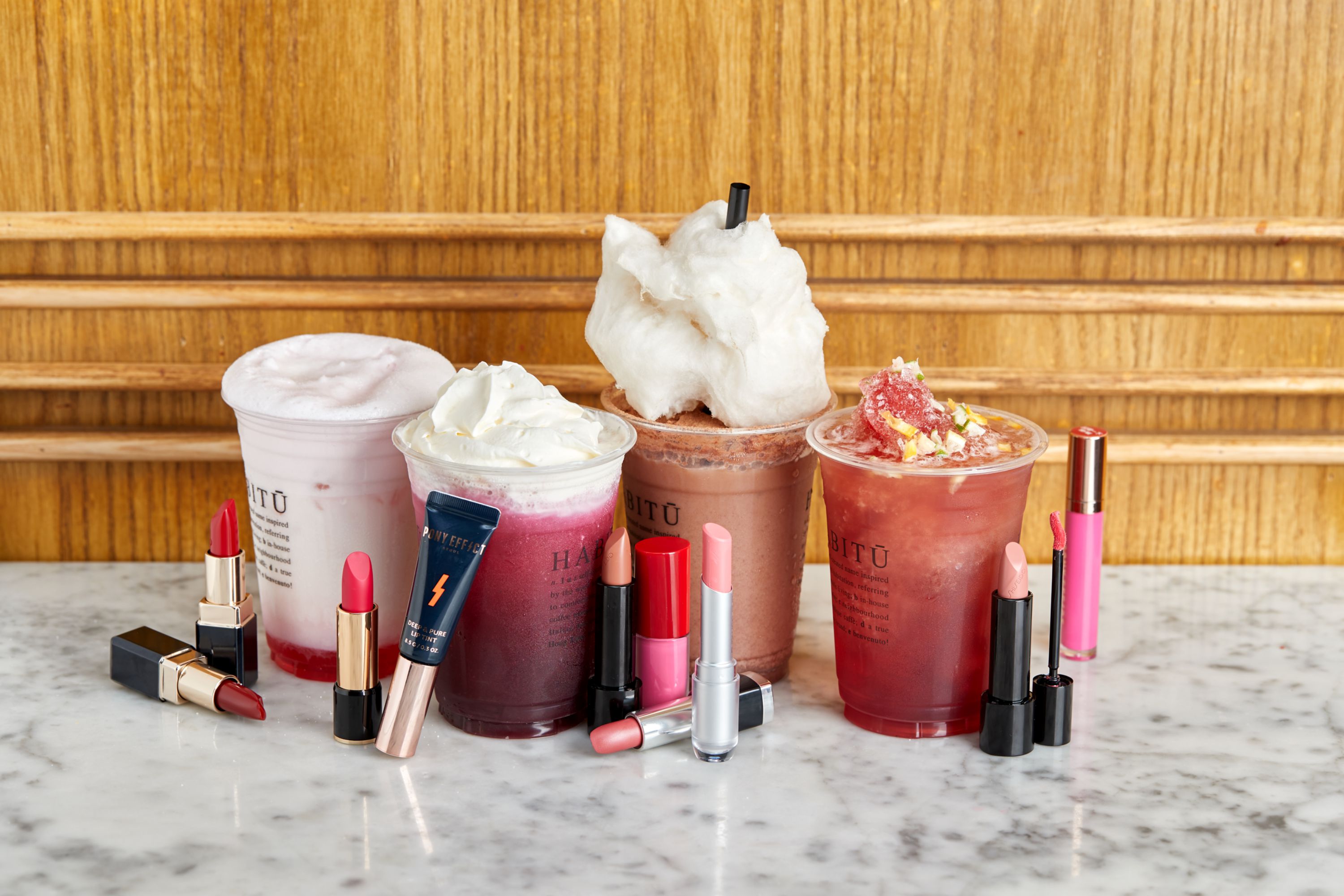 What to do in Hong Kong this August

If you’re anything like us, you’re looking at a calendar and wondering how it got to be August already. But as they say, time flies when you’re having fun, and this month will be no exception. It’s still summer, of course, but we’re easing into festival season, with fairs and special events emerging all over town and cater for everyone from culture vulture to petrolheads. At the same time, it’s also the time of year when cultural institutions are kicking off the 2017-2018 season, so you’ll want to pay attention to what’s in store. To perk up a dull week in this heat wave, we’ve got you sorted with these events all over town. Here’s what to do in Hong Kong this month. If you love makeup and you have a sweet tooth, pay attention: T Galleria Beauty is celebrating its fifth anniversary this August by pairing up with HABITU to create a pop-up cafê worshipping all the best summer lip colours in the form of super ‘grammable sweets. Inspired by different looks, you can now pair fabulously colourful desserts with your makeup, whether it’s rouge cake rings or sultry cookies, cotton candies and purple, tropical drinks. No matter what, you’ll want to stop by for a refreshment and a snap. 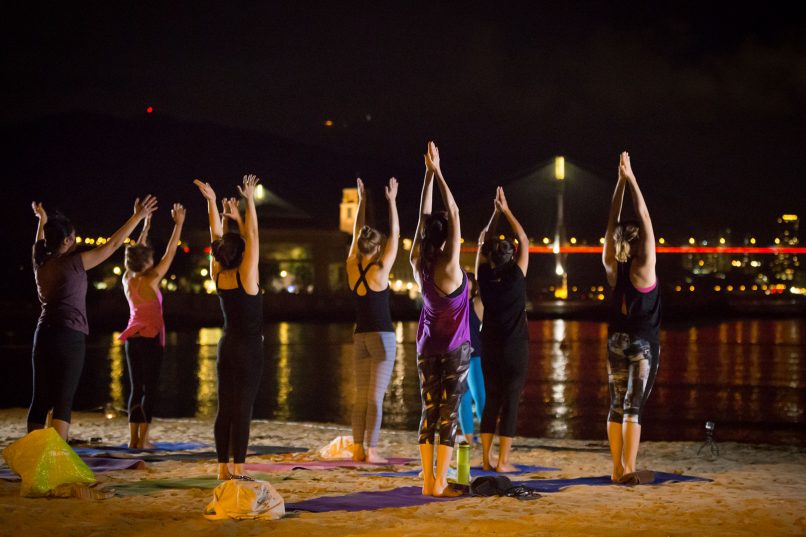 New month — time to try new things. To add a touch of exploration and wellness into your routine, why not sign up for a session of restorative yoga on the beach? You’ll be led by Bryce Yoga-trained and certified Acrovinyasa instructor Jessica Lee through an hour-long dynamic flow, with the majestic backdrop of Tsing Ma Bridge at twilight. After the yoga, included in the registration fee is a healthy dinner at Café Roma, which will serve an array of summer salads and gazpacho to help you cool down.

Hong Kong design whizzes Stanley Wong (Anothermountainman) and Alan Chan have teamed up to host two exhibitions on creativity and homegrown talent this month, showcasing over 200 items across 11 themes. The first leg of the exhibition will be held at City Hall, focusing on unique Hong Kong culture, while the second leg spotlights the Hong Kong spirit — our ways of living and thinking, and creative excellence that have informed original design, concepts and products over the years. To complement the exhibitions, there will also be guided tours, talks, workshops, film screenings and musical performances.

Find out more from VeryHKVeryHK. It’s the time of the year for Hong Kong cinephiles to get excited again. The SIFF brings a varied programme of mesmerising masterpieces, high-octane action as well as heart rending local gems to local cinemas. The festival opens with Wilson Yip’s Paradox, the third film of his beloved SPL action series. Starring Louis Koo as a policeman looking for his abducted daughter in Bangkok, the story loops in Thai martial arts hero Tony Jaa with choreography by Sammo Hung. It’s basically an Asian Taken, and it sounds like a goof time. The festival’s closing film couldn’t be any more different: 24 Frames, the moving and hypnotic posthumous work of Iranian master Abbas Kiarostami. You’ll also be able to take part in a masterclass with Iranian director Mohsen Makhmalbaf, who is screening his film The Nights of Zayandeh-rood, which was banned in his country for 26 years due to its critique of Iranian society. Other sections include spotlights on comedy and restored Hong Kong classics from the ’90s. Returning for its second edition, the IDFF brings together some of the most respected names in the international design and architecture worlds for three days. Themed ‘Redefining Luxury,’ the fair will see five design exhibitions by various design studios. One of the highlights is from Zaha Hadid Design, which presents its travelling installation, City of Towers, which explores new ways of building high rises. Other presentations examine the way of life in Hong Kong and how it shapes the way we build our surroundings, from architect William Lim’s ‘18㎡’ capsule apartment to 10 designs pertaining to daily life in the city.

At the fair, you’ll also find Gallery Showcases displaying the latest pieces from luxury lifestyle brands such as Baccarat, Everything Under the Sun, Knoll, Steve Leung Collection and more. Eager to learn more about the current design scene and design appreciation? Sit in on one of 18 talks by distinguished designers and architects throughout the duration of the fair. 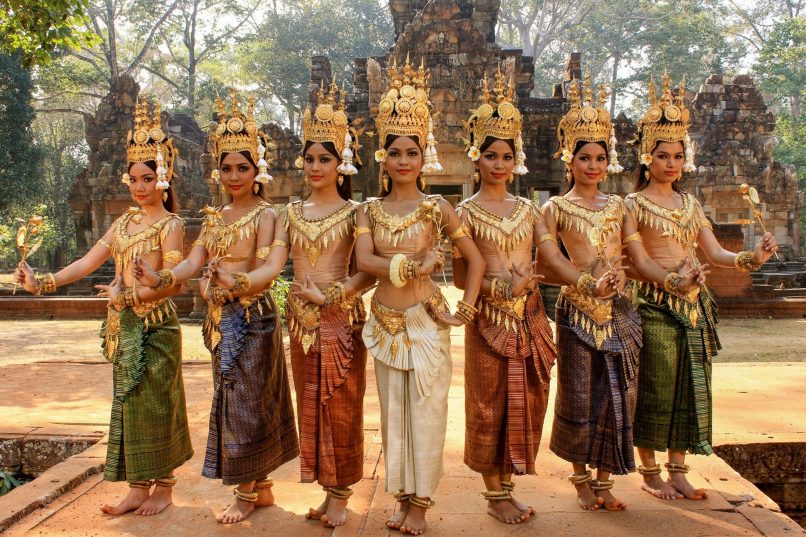 Revered as a UNESCO Intangible Heritage, the Royal Ballet of Cambodia is a thousand-year tradition, having been revived many times throughout history despite the country’s tragedies in more recent decades. The company graces the Hong Kong stage for the very first time with Les Etoiles du Ballet, performing its unique Khmer take on Western ballet with deliberate, slow and symbolic movements especially in the hands and feet, retelling old legends and stories of the Khmer people that haven’t changed since ancient times. Staunch patrons of Khmer arts, Princess Norodom Buppha Devi and Prince Sisowath Tesso will also be attending the performances in Hong Kong. 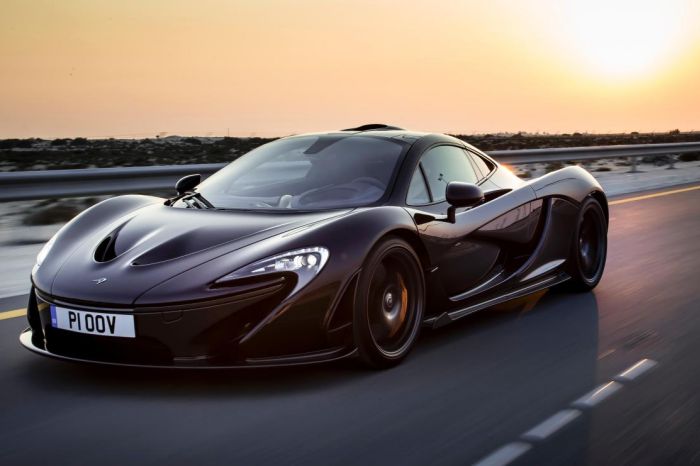 Round up your petrolhead friends because Hong Kong’s first supercar and hypercar festival is here this month. On top of a world-class drifting showcase featuring racecar drivers from Hong Kong, China, Macau, Australia, Italy, Japan, Indonesia and Finland, the show itself will feature a huge roster of high-end cars including the Mclaren P1, Hummer H1, Japanese autos such as the Honda NSX NA1 R, the Mazda RX-7, and models by Lamborghini, Porsche, Supra and GTR models. As it rolls into the evening, DJs will emerge: an EDM party will be headlined by the likes of Dash Berlin, Ruby Rose (who knew?), DJ Chetas, Dannic and Da Tweekaz.

The Hong Kong Ballet opens its 2017-18 season this month with none other than Don Quixote, based on Cervantes’ classic novel; the comedic ballet is known for its rapid pace, quick steps and exuberance (as well as plenty of physically taxing pirouettes, jetés and lifts). It’s also the first production under new reins, with new Artistic Director Septime Webre at the helm. This production of Don Quixote features guest ballerina Iana Salenko, the Principal Dancer of the Staatsballett Berlin, and is one of the most respected dancers for the role of Kitri today, who will be dancing two performances with Hong Kong Principal Dancer Shen Jie. 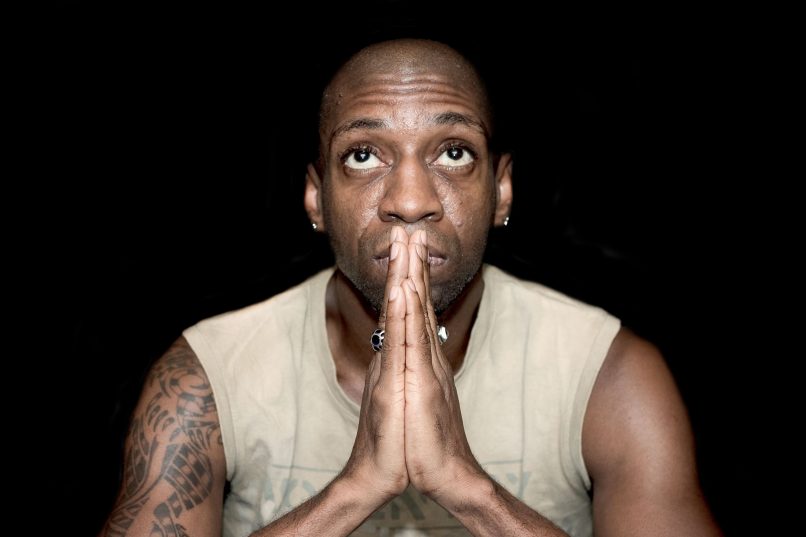 Quality music lounges seem to be popping up in Hong Kong ever more frequently, and the latest addition is the recently rewired lounge at Duddell’s, now known as the KEF Music Gallery. Debuting at the end of July and continuing through September will be a series of mini “music festivals” that aim to show off the new immersive sound and state of the art music experience. For August, Chicago producer, singer and songwriter Robert Owens will be flying in from Chicago for the evening. This dog-friendly, family-friendly weekend block party brings all the convivial neighbourhood vibes to Sai Ying Pun’s coolest hangout: Warehouses on West. Vendors located at the warehouse spaces here will be participating, offering a free, fun day of food, drink and live music. Be sure to check out a complimentary hip hop yoga lesson by IAM Yoga IAM, ice-cold craft beer courtesy of Bestbev, as well as delicious bites by Test Kitchen.