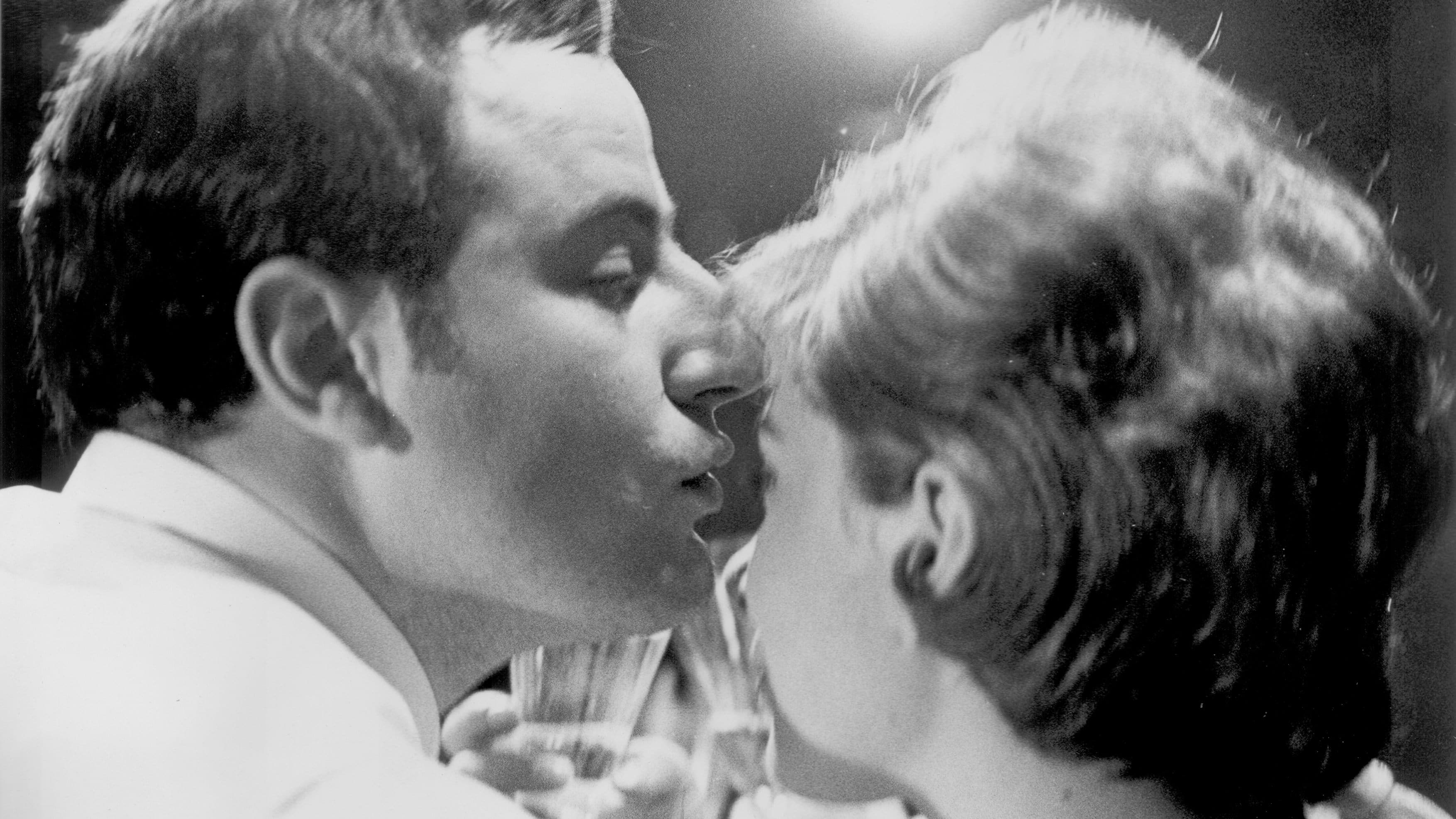 Culture
What to do in Hong Kong: 1–15 January 2019
Share this article
Next article

Planning that new health kick for 2019, or still nursing that inevitable hangover? Whatever your plans are for the new year, you’ll want to make the most of it by filling your calendar with the most intriguing events happening in town this month. As we welcome 2019 with open arms, scroll through to find the best things to do in Hong Kong for the next fortnight. Macau’s hottest new entertainment following in the footsteps of “The House of Dancing Water” is none other than Studio City’s newest live performance, Elekron. Based in a post-apocalyptic setting, Elekron is an all-electric indoor theatrical stunt extravaganza, featuring daredevil acts involving 70 electric vehicles from customised buggies to sports cars, and even a biplane. With a set designed by Stufish Entertainment Architects — the team behind some of the most spectacular concert designs for Jay-Z, Beyoncé and Lady Gaga not to mention the 2008 Beijing Olympics opening and closing ceremonies — it’s sure to be a world-class spectacle you won’t want to miss! 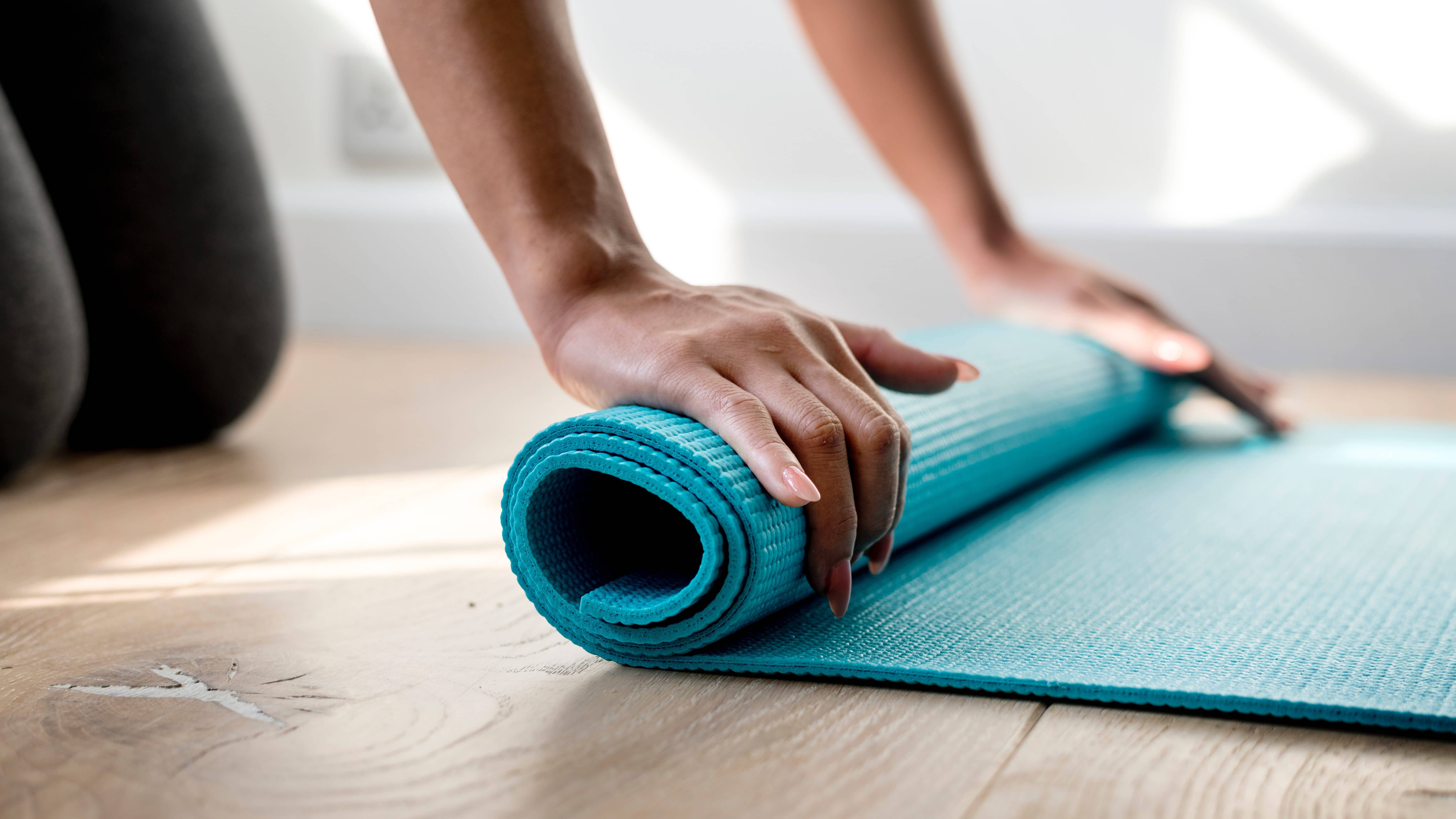 Lululemon’s ambassadors regularly host free sessions all across the city, and this month’s first session kicks off on 7:45am, 6 January with Adalynn Lee from Santi Space Yoga and Wellness, hosted at the Lululemon Hysan Place store. Waking up bright and early for a yoga class might seem like one of the hardest things to do after the previous week of raucous celebrations, but no doubt those of you on a brand new health kick will find the motivation. Expect a gorgeous stretch to start off the morning, accompanied by a crystal singing bowl session. Sign up at the EventBrite link below. 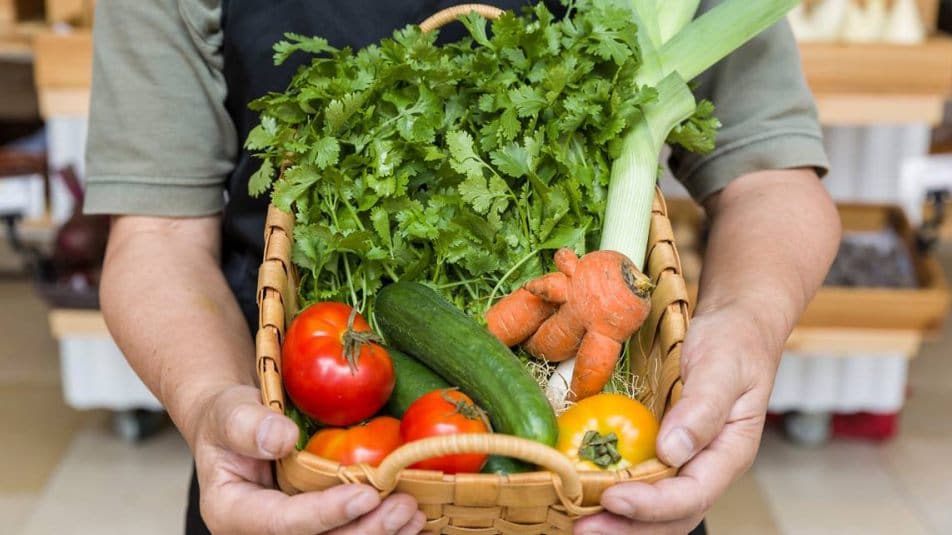 Nothing like a salt-of-the-earth connection to our food to get 2019 off to a positive start. Themed ‘Healthy Eating,’ the Tong Chong Street market returns with unconventional F&B vendors and an array of local farmers selling fresh seasonal organic produce to give you inspiration for a healthy and delicious new year. Round out the day with the roster of live music and game booths! 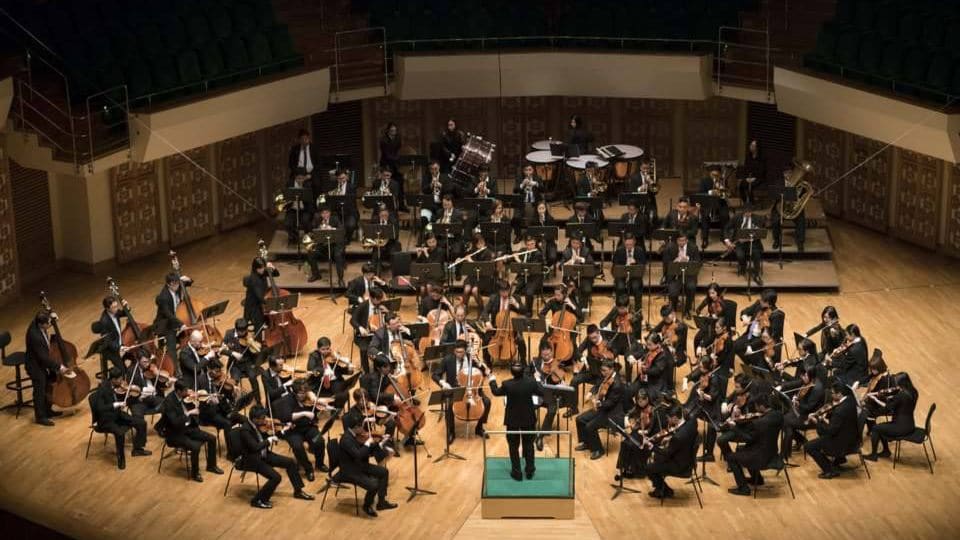 The HKMPO take us on a whimsical ride exploring the grandeur of man versus castle in three incredibly varied pieces and odes to magnificent fortresses from fiction and reality: From Hogwarts School of Witchcraft and Wizardry to Nelahozeves Castle, in Dvořák’s hometown of Zlonice; to the Spanish wonder that is Segovia’s Alcázar Castle, said to have inspired Walt Disney’s iconic castle — three pieces in the programme aim to instil wonder and magic in the imagination.

A partnered film programme between the Hong Kong Arts Centre and the Goethe-Institut, this series is one for staunch arthouse enthusiasts who are keen to learn more about historic German cinema after the war. The four-day programme presents six East German film classics from The German Democratic Republic (GDR)’s Deutsche Film-Aktiengesellschaft (DEFA). As a state-owned film studio, works were created as heroic propaganda films to turn former Nazis into socialists in the post-war era, but it has also created an impressive oeuvre that has become a treasure trove of historical insight, not to mention historically significant in its artistic style and storytelling methods in an era of new possibilities. 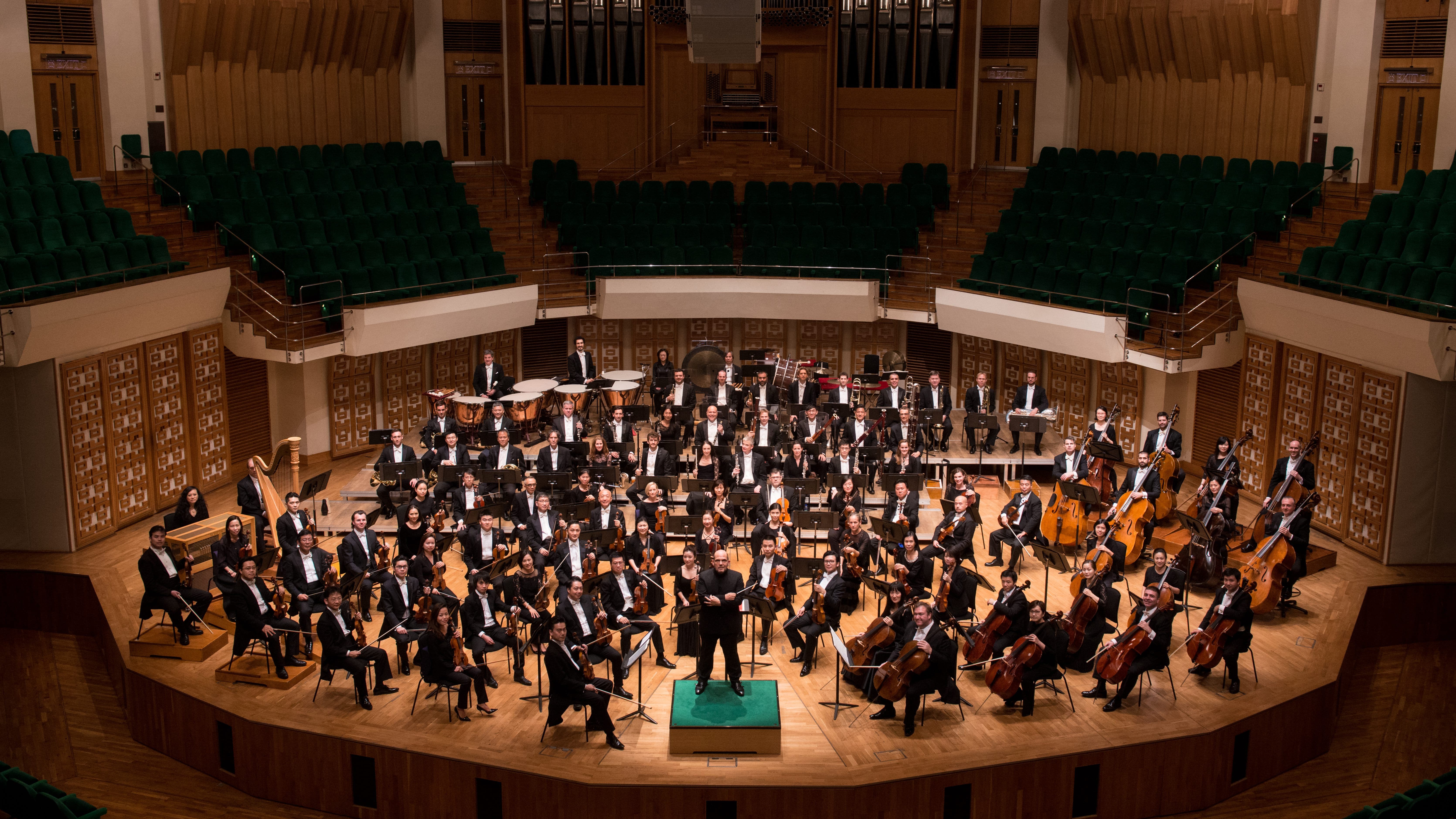 Kicking off a year of fantastic orchestral performances (despite the unfortunate cancellation of a concert featuring Oscar award homages by Alexandre Desplat), the Hong Kong Philharmonic brings a dedication to the Classical and late Romantic periods in Austria. It starts with none other than the sweeping Mozart masterpiece — the Don Giovanni Overture, of course. This is followed by a stunning show by the HK Phil’s principals for the Sinfonia Concertante, displaying Rott’s influence on Mahler’s later symphonies with some marked similarities, as well as his Symphony in E. The same programme will be later performed under the baton of David Stern at Zhuhai’s cpaa Grand Theatre. Hong Kong’s inaugural art book fair is housed in Tai Kwun’s Herzog & de Meuron-designed JC Contemporary and reflects its dedication to quality contemporary art programmes. Presenting up to 60 booksellers, items range from works by artists who use books as a medium of expression to share their art; published art books; as well as publications that have been created as artworks. Expect a programme of live performances, talks and special projects. 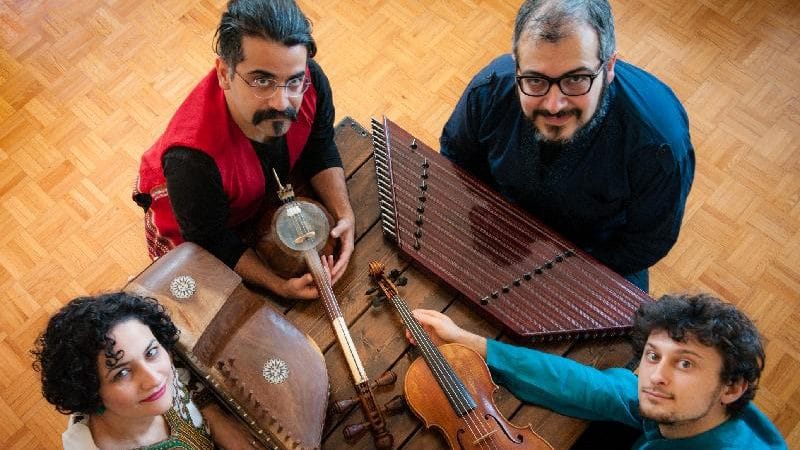 Get ready to get transported into the richness of Persian music and culture far beyond the Arabian Nights stereotypes most of the world might be familiar with. With this rare gem of a programme, Ensemble Kamaan revives bewitching Persian melodies of old, played through the traditional instruments of santur, kamancheh, rabab and viola. It’s paired with a trancelike traditional dance performance by Shraddha Blaney, the whirling dervish (“doorway”) representing an entranceway between the material world to the spiritual world. The host of his own late late-night comedy show on Comedy Central and with his third Netflix hour “This is Me Now” hot out of the oven, Aussie comic Jim Jefferies is beloved for his razor sharp commentary of our times and no-BS attitude to international news. See him this January at an unusual but apt location, the Applause Pavilion at Ocean Park. 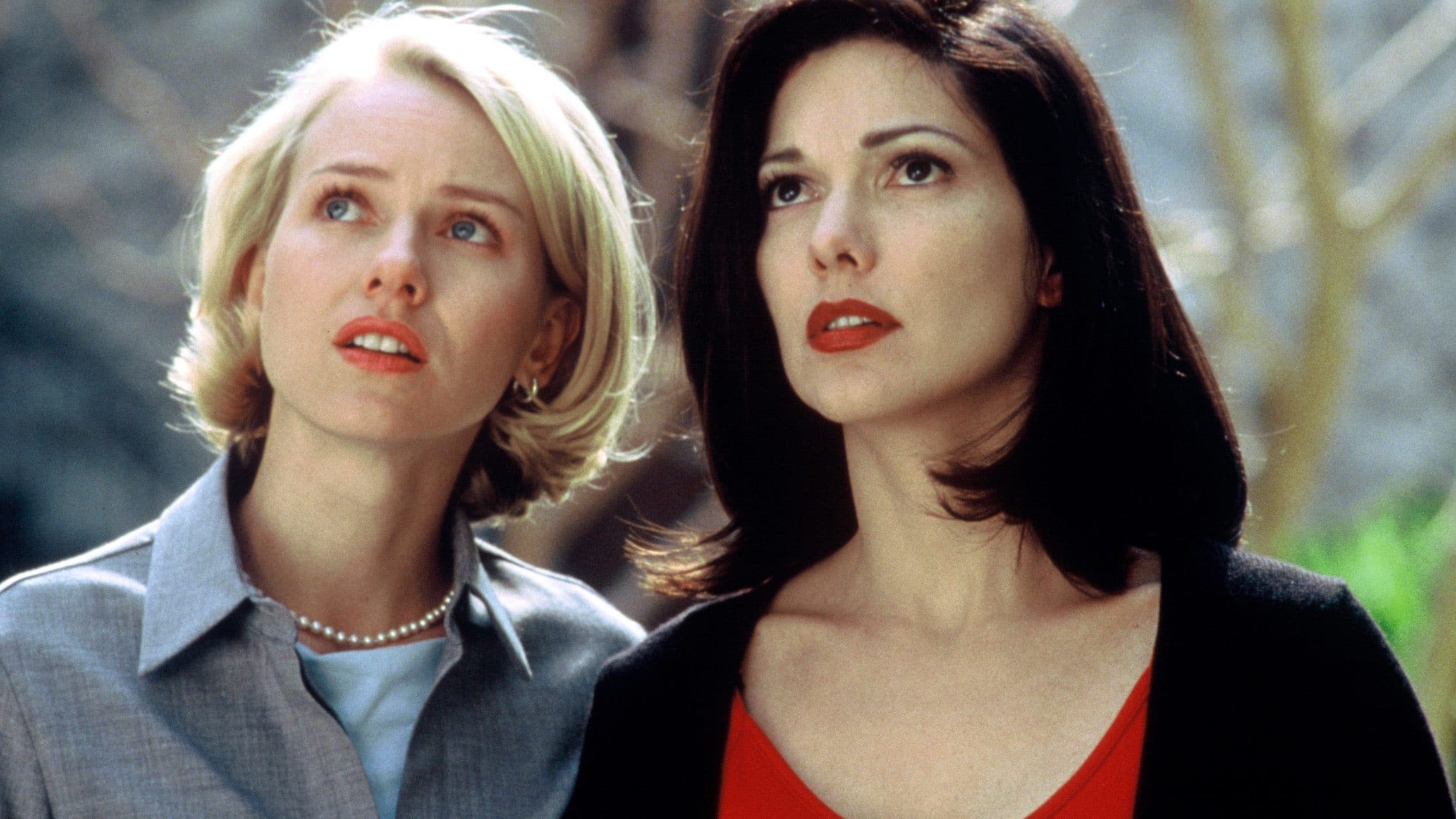 Film lovers and cineastes will delight at this array of thought-provoking cinematic gems kicking off 2019, ranging from French New Wave director Eric Rohmer’s Six Moral Tales to homages to Hollywood ingenuity in its golden age, as well as the opportunity to revisit recent classics on the big screen. See “The Player,” Robert Altman’s comedy about a Hollywood studio exec murdering the screenwriter he believes he is receiving death threats from; as well as David Lynch’s much accoladed neo-noir “Mulholland Drive,” about a woman suffering from amnesia, whose search for her identity soon weaves in and out of dreams and reality.

Website
Cine Fan
things to do in hong kong what to do in hong kong
Evelyn Lok
Managing Editor
When not trying out the latest beauty and wellness trends, Evelyn is likely enjoying a perfectly balanced negroni or exploring some of Hong Kong's best new places to eat and drink. At Lifestyle Asia she covers everything from the biggest events in town to interviews with Hong Kong specialists, with topics spanning art, food and drink, health, tech, and travel.
Beauty Wellness Events Art Drinks