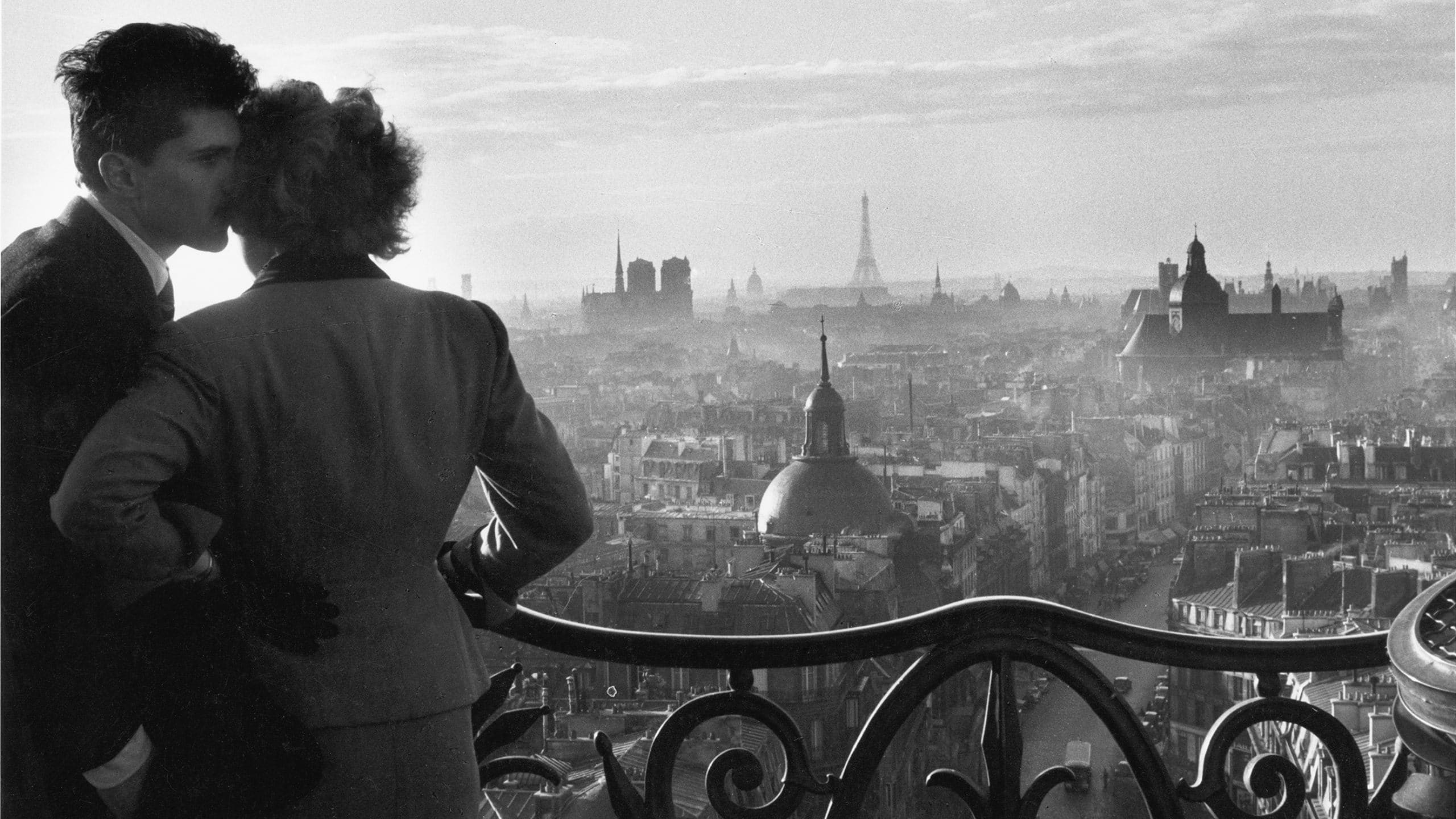 Culture
What to do in Hong Kong: 1–15 May 2019
Share this article
Next article

Many of us may be feeling a little lost in the aftermath of April’s pivotal pop culture moments (and if you’ve been living under a rock, I’m mainly referring to the monumental end of an era that is Avengers: Endgame — now officially the first movie to break US$1 billion during opening weekend). While in May, many of us Thronies are still keeping on the edge of our seats for the conclusion to Game of Thrones, we assure you, there’s plenty more to distract beyond the screen this month — regardless of whether or not your favourite characters have met their ends. From Mother’s Day to the return of Le French May, these are the best things to do in Hong Kong in the next two weeks.

An illustrious annual festival celebrating all forms of French culture and arts, Le French May toasts to its 27th edition this year under the theme of “Voyage.” With an eye-widening programme of over 120 events happening through June, the festival kicks off with an exhibition by 20th century feminist artist Niki de Saint Phalle. Events span the genres of performance, music, art and gastronomy, with highlights including a dance ensemble exploring North African dance and contemporary hip hop; a time-twisting tale about a withdrawn teenager told via interactive performance on stage; and a spotlight on French design figureheads and brands such as Philippe Starck, Hermés, Ligne Roset and more. Check out the full programme details at Le French May.

Wellness warriors still jonesing for the rush of exercise-induced endorphins following last weekend’s IRIS: Your Escape will want to turn their eyes on IFC Mall’s spring wellness pop-up. For 20 days through to mid-May, the shopping mall has curated 25 exclusive wellness and beauty workshops, ranging from a rooftop meditation session by Lululemon and John Masters Organics to a barre fitness class by Calvin Klein Performance, a DIY craft session by luxe Italian hair brush makers Acca Kappa, and a lesson on customising fragrance by Diptyque. Best of all, they’re all free! Check out the full workshop details and register here.

You may have noticed a peculiar, shockingly realistic mechanical horse wandering around Hong Kong lately: It’s none other than Joey, the star of War Horse, the Tony Award-winning Broadway Play set during the First World War, very soon coming to the Hong Kong stage. Featuring the groundbreaking feat of puppetry by Cape Town’s Handspring Puppet Company, the story of war-torn loyalty between a horse and its owner is gorgeously brought to life.

Jo’berg-born and Australia-bred Troye Sivan went from child screen star to bedroom musician, but proves he’s much more than just a pretty face with his songwriting chops. Debuting in 2015, Sivan landed in the Billboard top ten with his singles “Wild” and “Youth”, before thrilling audiences with his Ariana Grande-featured single “Dance to This” released last year. One of seven stops on his Asian Bloom tour, his one-night-only gig in Hong Kong is most definitely worth the effort to score those ever-elusive tickets.

There are copious ways to make the mums in our lives feel special for Mother’s Day: feasting, pampering, and a day to relax — you can have a little bit of everything at Komune, the Southside’s favourite al fresco lounge. Tuck into a decadent spread of fresh salads, seafood, charcuterie and cheese, followed by mouth-watering mains and classic brunch fare before ending on a dessert buffet. Pairing with Benefit Cosmetics for the occasion, mums can get a mini makeover complete with brow waxing services and tips and tricks from the Benefit team. With live music and a 90-minute free flow drink package, the afternoon will have mums swinging in no time.

Proving that you can have gorgeous things without devastating the planet, Hong Kong designer womenswear reseller HULA has recently launched its brick-and-mortar retail space in Wong Chuk Hang. Founded in 2016 by former lingerie and swimwear designer and 9-year Lane Crawford veteran Sarah Fung, HULA was formed in an effort to reduce fashion waste — sellers are handpicked from a list of industry fashionistas so that the quality can be ensured. For those looking for a wardrobe pick-me-up and who want to explore the treasure troves of pre-owned designer fashion at up to 95% off the retail tag, HULA is one to watch, especially for its monthly panel discussions and styling talks. Interested to consign your own items? HULA also offers wardrobe detox services at HK$600 per hour with the opportunity to resell your unwanted pieces.

RuPaul’s Drag Race All Stars Season 2 Finalist and Miss Congeniality Katya Zamolodchikova is debuting in Hong Kong with a brand new show and a night of riotous fun. Best known for her show-stopping personas and contagious energy, the fan favourite won the title of Miss Congeniality of Season 7 of the show, whilst also managing a podcast, a YouTube channel, and her 1.5 million adoring fans on Instagram in between.

Opening its doors to the public finally with the recent Louis Vuitton Objets Nomades exhibition, the former Central Magistracy in Tai Kwun is a 1914 building that was decommissioned in 1979, before being used as a Supreme Court annex later on. The space is now open to public exploration, and one of the original holding cells and a former courtroom have been transformed into Heritage Storytelling Spaces. While visitors can wander and explore high profile cases previously heard in this courtroom, a periodic educational programme The Court Rises will invite students to role play famed cases of the past, in an effort to teach the new generation about the judicial system and policy development.

Skincare and delectable bites always make for an afternoon well spent. The newest afternoon tea sensation to grace the scene is a limited collaboration between Mandarin Oriental Hong Kong and luxury K-beauty brand Amore Pacific. Created in collaboration with the beloved Hong Kong cinema veteran Cherie Chung, the set is centred around green tea from Jeju Island — a key ingredient of the skincare brand prized for its antioxidant power. With an impressive smoky entrance, the afternoon tea set features delicate desserts as well as refined sandwiches and pastries — and of course, fresh scones, this time featuring a special green tea rendition paired with Devon clotted cream and MO’s famous rose petal jam. Each set comes with a Time Response Introductory Kit and an Intensive Renewal Masque to try at home, plus a gift voucher worth HK$370 to redeem at the Amore Pacific boutique at the hotel. The set is offered from 2:30pm on weekdays; 2:30pm and 4:30pm on Saturdays and public holidays; 3:30pm on Sundays.

Craft beer fiends won’t want to miss out on the second edition of the Young Master Ales’ invitational beer festival, where the homegrown brewery brings leading peers from around the world to Hong Kong. A much larger event this year held at House 1881, you’ll get to discover over 180 incredible beers from 22 breweries, spread over 13 countries around the globe. There are four free-flow sessions available themed around hop-forward beers; sour beers; lighter, sessionable beers; and finally, a “freestyle” section of category-defying brews. There will also be bites by House 1881’s culinary team to complement the beer extravaganza.

The Jesus and Mary Chain

Alt-indie music geeks and fans of Lost in Translation alike (the most notable appearance of the hit song “Just Like Honey” being in the 2003 Scarlett Johansson film) won’t hesitate to get in on this rare chance to see the forefathers of shoegaze.

Iliza Shlesinger is one of America’s hottest comedians today, appearing across Mark Wahlberg in last year’s Instant Family and with four Netflix stand-up specials under her belt. You’ll want to nab seats to her newly added live show in Hong Kong before tickets run out (again)!

Missed the K-pop girl group sensation when they visited Hong Kong last year? Now fresh from their Coachella debut (and the first K-pop group to do so in history), make sure you catch Jisoo, Jennie, Rosé and Lisa when they arrive on the Macau stage this June.

Narcos Live: A Conversation on DEA

Still enthralled by the capture of Pablo Escobar in Netflix’s hit series Narcos? You’ll want to sit in for this rare session with the real-life DEA agents Steve Murphy and Javier Peña, whose work on the Medellín and Cali cartels inspired the show. Listen to their unrevealed stories and stay for the Q&A with the audience.

The Irish pop kings of Westlife celebrate their 20th anniversary with not one but two nights at The Venetian Macao — with a second night recently announced after the tickets for their 27 July concert date sold out within 48 hours. Get ready to croon along with all 14 of their number one hits — from “Swear It Again” to “You Raise Me Up”.

The 90s nostalgia is strong this year, with the long-anticipated arena tour of none other than the Backstreet Boys, now touring their latest and 10th album release, DNA. Quit playing games with your heart and get your tickets pronto.

Le French May Broadway things to do in hong kong what to do in hong kong ifc mall amore pacific Tai Kwun Mother's Day 2019 War Horse Gluestick Fest HULA RuPaul's Drag Race Afternoon Teas
Evelyn Lok
Managing Editor
When not trying out the latest beauty and wellness trends, Evelyn is likely enjoying a perfectly balanced negroni or exploring some of Hong Kong's best new places to eat and drink. At Lifestyle Asia she covers everything from the biggest events in town to interviews with Hong Kong specialists, with topics spanning art, food and drink, health, tech, and travel.
Beauty Wellness Events Art Drinks