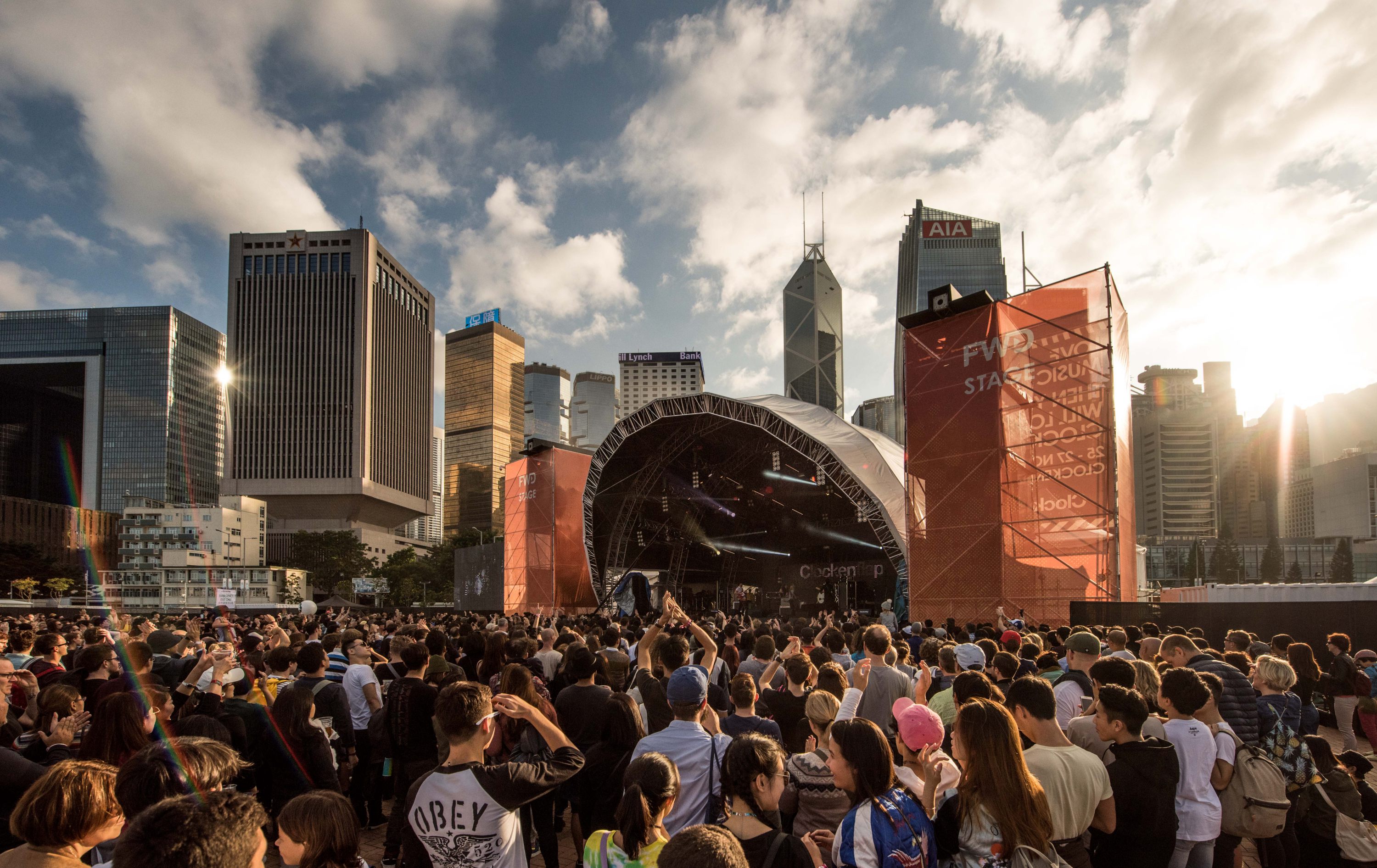 Culture
What to do in Hong Kong: 1–15 November 2018
Share this article
Next article

From celebrating men’s health this month with the Movember campaign to some of the world’s greatest music stars descending on Hong Kong for Clockenflap, the city’s largest outdoor music festival — November’s shaping up to be quite the busy month. Here’s what to look out for in the coming weeks. 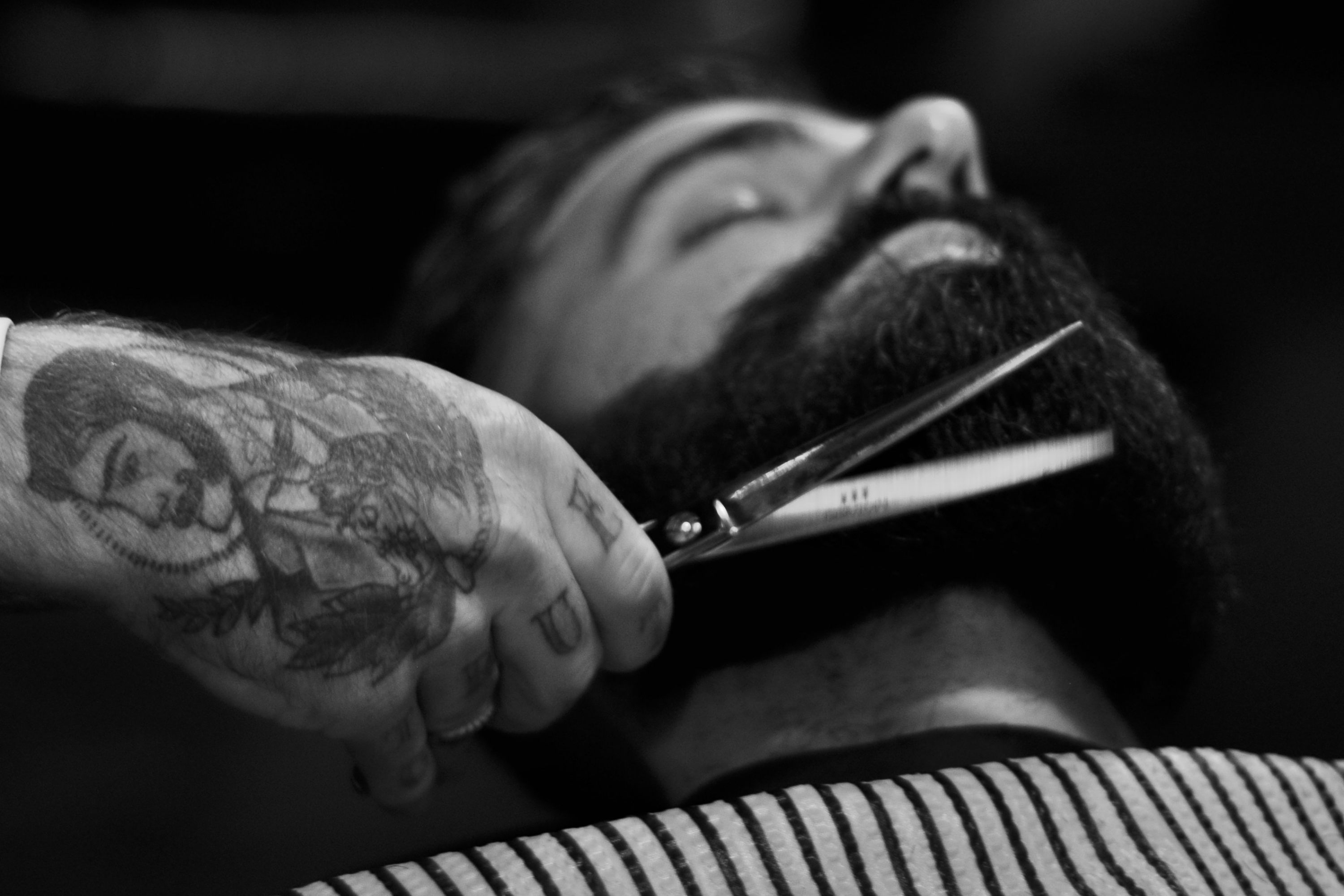 November is the month of the moustache, with the annual Movember campaign dedicated to raising awareness for an array of men’s health issues, from prostate cancer to testicular cancer to men’s suicide. This month, beloved Hong Kong barbershop Selvedge Barbers is helping men grow their best mo’ with a slew of events. It all kicks off on 1 November with a one-day ‘shave-a-thon’ — that’s right, complimentary wet shaves for all those who register with the barbershop for Movember. Men who grow their beard all month in support of the campaign can get weekly complimentary beard trimmings by appointment, and hopefully, inspire donations and further dialogue. Participants who post to Instagram with the tags @selvedgebarbers, @movember, #selvedgemo18 and #movemberhk will get a chance to win some fantastic prizes from Selvedge, ranging from staycations to fancy dinners at Arcane and more. Winners will be announced in early December. 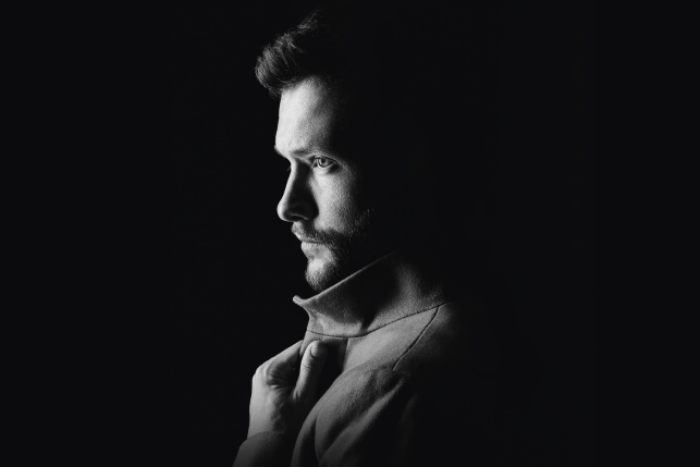 Bringing Robyn’s iconic “Dancing on my Own” to the fore with his stunning performance on Britain’s Got Talent just three years ago, singer-songwriter Calum Scott now makes his way to Hong Kong touring his debut album. You won’t want to miss this one-night-only concert of his heartfelt, cathartic music performed live. 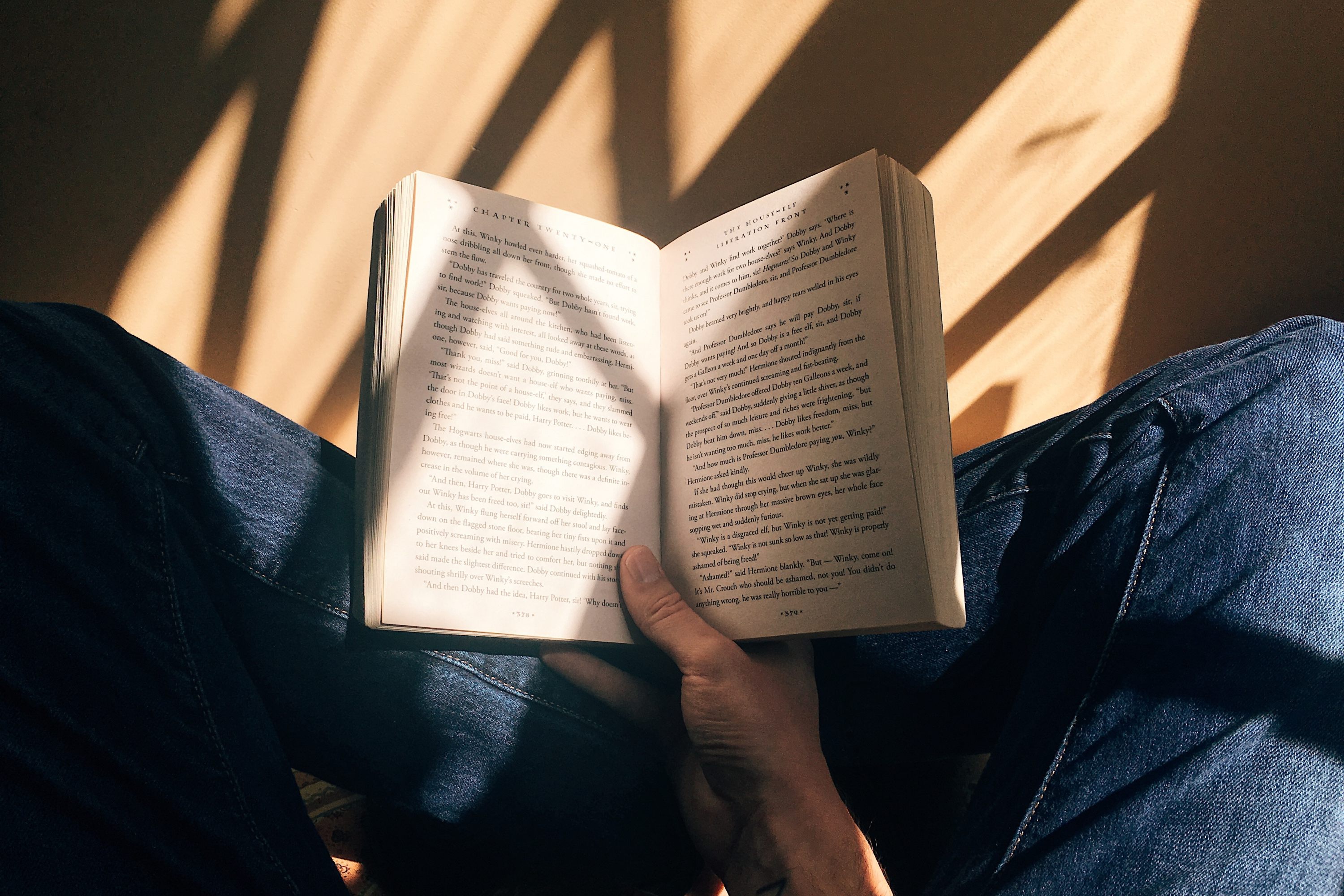 In just a few days, Hong Kong is set to welcome some of the world’s most eminent and up-and-coming writers during the annual Hong Kong International Literary Festival. Inspired by the global impact of the #MeToo movement, this year’s festival celebrates the women in the literary arts lending their voices to a powerful cause. The festival includes a whole host of literary talks and workshops, and this year’s guestlist features the likes of Cheryl Strayed (“Wild”), Susie Orbach (“Fat is a Feminist Issue”), Irvine Welsh (“Trainspotting,” “Filth”) and more, exploring discourse-provoking themes such as feminism, LGBTQ+ and travel writing.

For burgeoning artists looking to further their craft with pen and paper? Various storyteller workshops are available, such as Jenny Zhang and Intan Paramaditha’s talk about the female gaze and writing intimate scenes; a Literary Editing Workshop by Voice & Verse editor and poet Chris Song; a workshop for starting your own podcast with Jarrod Watt and Mercedes Hutton of the South China Morning Post; as well as a writing workshop with the venerable Hong Kong author Xu Xi. 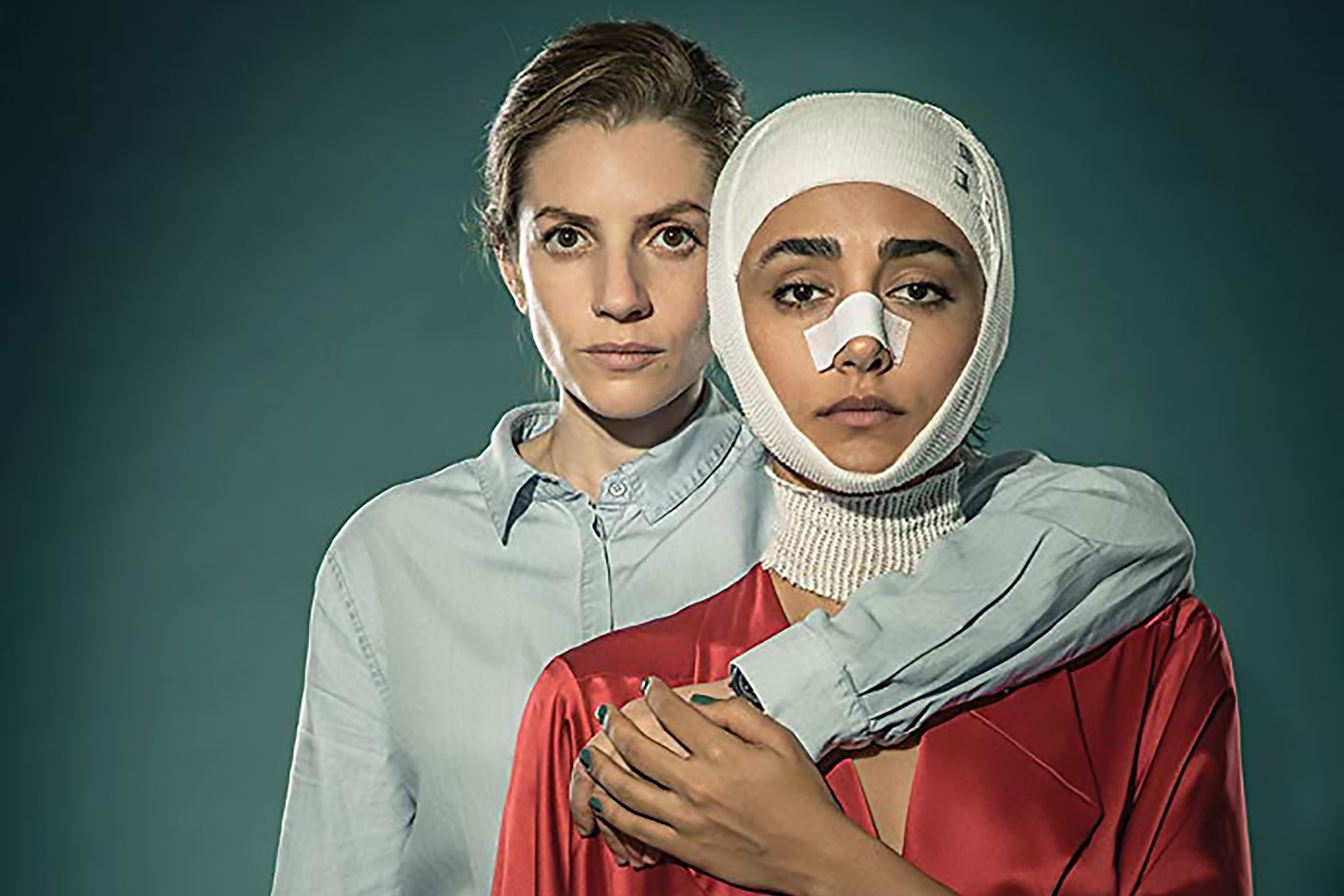 For 19 years, the Jewish Film Festival has brought a diverse programme of cinematic gems to Hong Kong, and this year’s event is no exception. Spanning drama, comedy, thriller, musical and documentary, this year’s festival features an array of award-winning movies. Highlights include The Cakemaker, a bittersweet romance about a young German baker that swept seven awards at the Ophir Awards — Israel’s answer to the Oscars — and will represent the country in contending for the Academy Awards this year. Documentary aficionados will also enjoy Back to Berlin, which follows the intriguing story of 11 motor bikers taking the Maccabiah torch from Israel to where the 1936 Berlin Olympics once stood — to hold the very first Jewish Olympic Games on German soil. 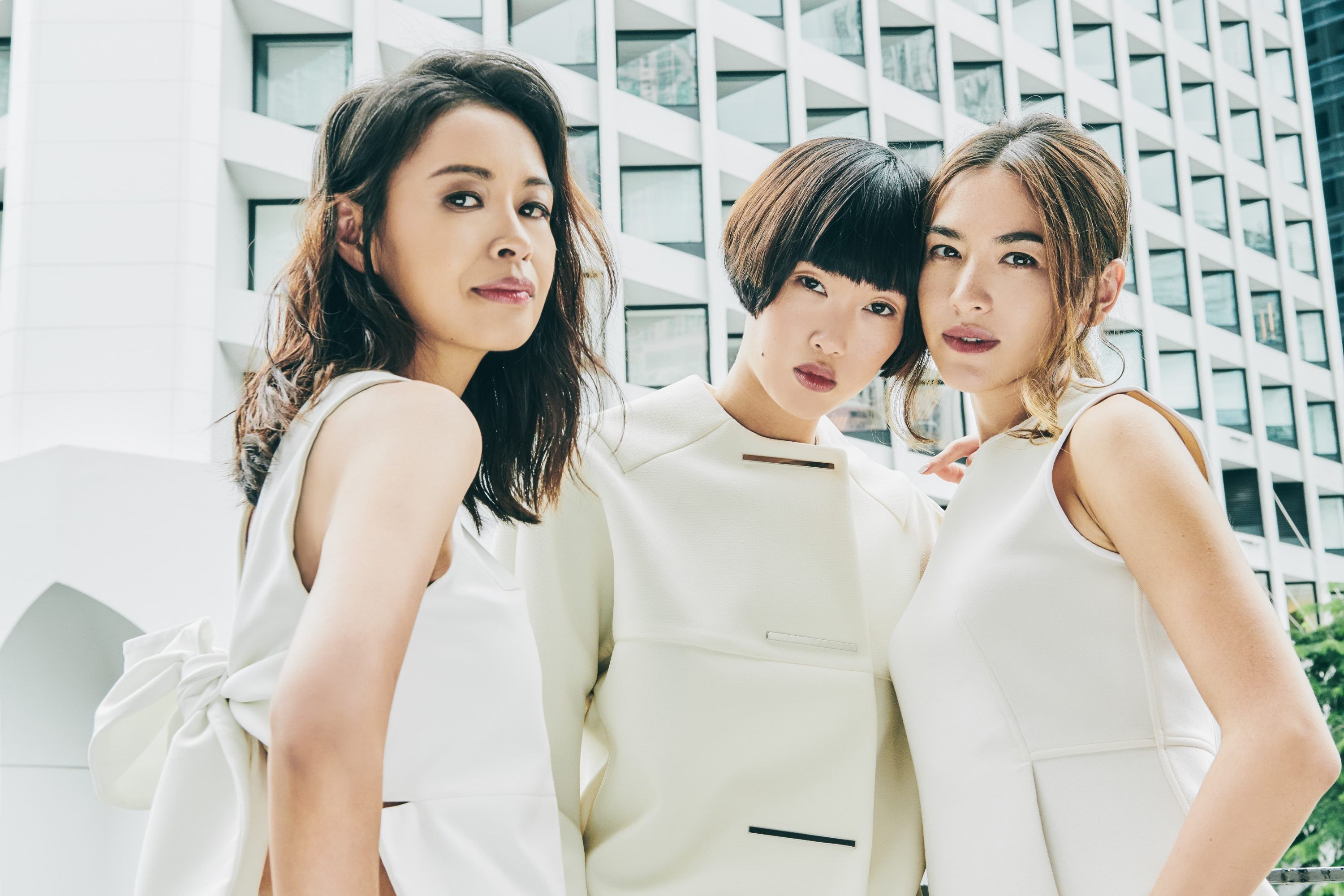 Luxarity is a sustainable fashion pop-up organised by Lane Crawford Joyce Group which sells pre-loved luxury clothing and accessories at a fraction of the original price, while also spreading social responsibility when it comes to shopping for fashion. Presented in partnership with OnTheList and ConsenSys Social Impact which offers blockchain technology, customers at Luxarity will be able to track exactly where their money goes: In this case, all proceeds from the Luxarity Pop-up this year will go towards projects and educational grants focusing on UN-recognised goals of responsible consumption, health and wellbeing, and quality education, namely to Parsons School of Design and Savannah College of Art and Design. Funds will also go to a research project on textile recycling at The Hong Kong Research Institute of Textiles and Apparel (HKRITA).

It’s all about transparency in the fashion world, and this worthwhile initiative gives a great opportunity to breathe new life into your wardrobe without compromising environmental ethics.

With neo-soul queen Erykah Badu dusting off the final confirmed lineup for Clockenflap 2018, the city’s largest music festival once again looks to be the greatest weekend out in Hong Kong. There’s literally something for every music taste under the sun: Headliners include international legends such as New York indie rockers Interpol, former Talking Heads frontman David Byrne, and former Pulp lead singer Jarvis Cocker and his new band, Jarvis Cocker Introducing Jarv Is… Meanwhile, Indie lovers will get a kick out of Brooklyn dream pop outfit Cigarettes After Sex and London garage rockers The Vaccines ; while hip hop fans will be bobbing to Khalid and Oddisee & Good Compny, and the sultry voiced ballads of Rhye.

Let’s not forget the Hong Kong talent also sharing the stage, with local math rock girl group GDJYB and hip hop collective The Low Mays. A thrilling programme of electronic acts and pioneers in music-making round out the weekend, keeping you on the dance floor well after the stars come out. As usual, an exciting roster of food and beverage vendors, art installations as well as art and wellness workshops will be there to provide sustenance and entertainment to fuel you through the party. A premium VIP lounge experience is also available — email premiumlounge@clockenflap.com for more information.

Still don’t have your tickets yet? Be sure to use the promo codes below before midnight 31 October to catch Phase One ticket prices. 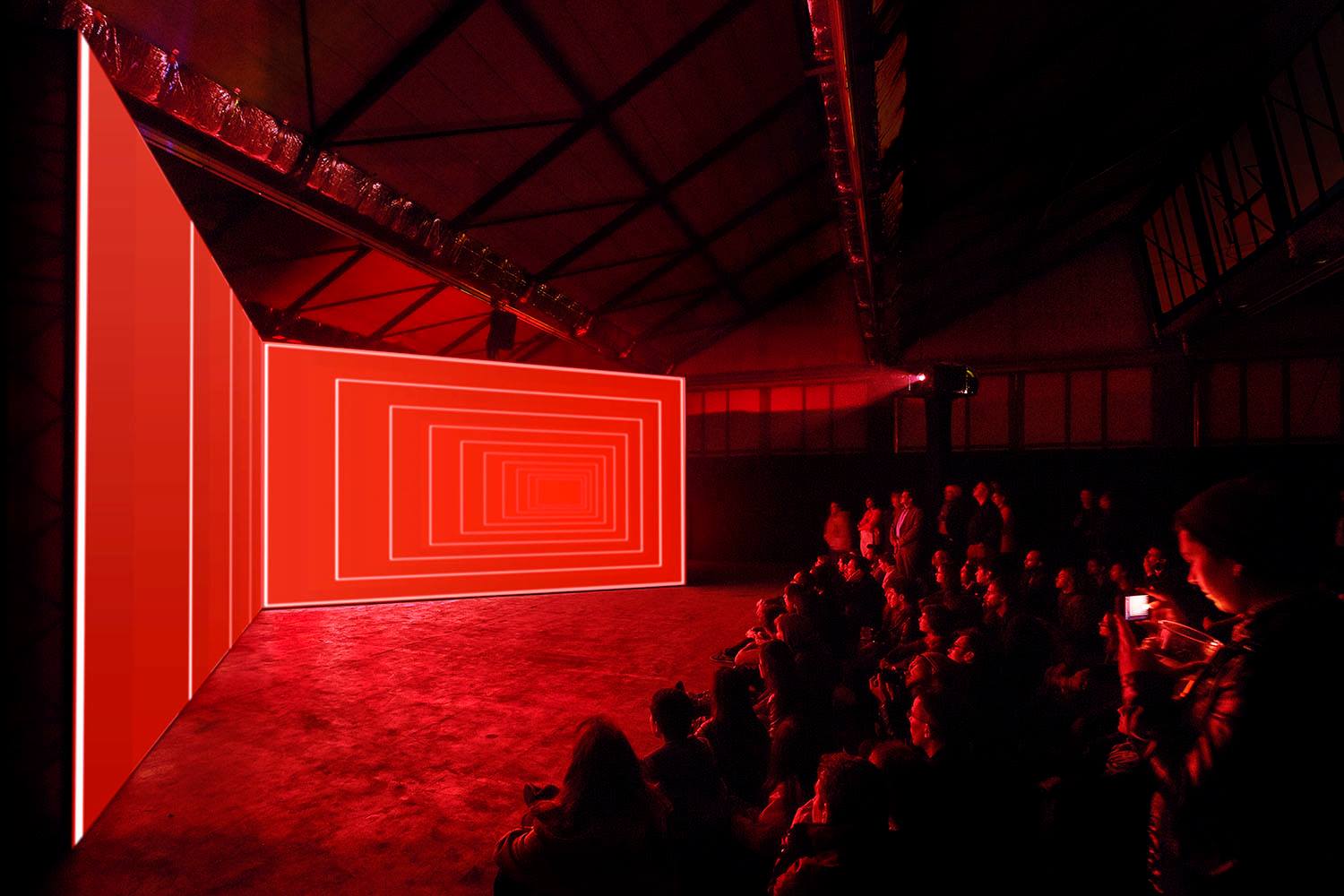 For something a little more thought-provoking this month, check out the yearly Microwave New Media Arts festival, which brings an eclectic roster of electronic arts and performances to the fore. Held every year since 1996, the festival this year brings installations, performances and film screenings all ruminating on the themes of cognition, identity, and trust in a post-internet world. Most exhibitions will be held at the Hong Kong City Hall, while a satellite Project Room in Sham Shui Po will play host to more experimental works (virtual reality will make an appearance) and intimate screening events. 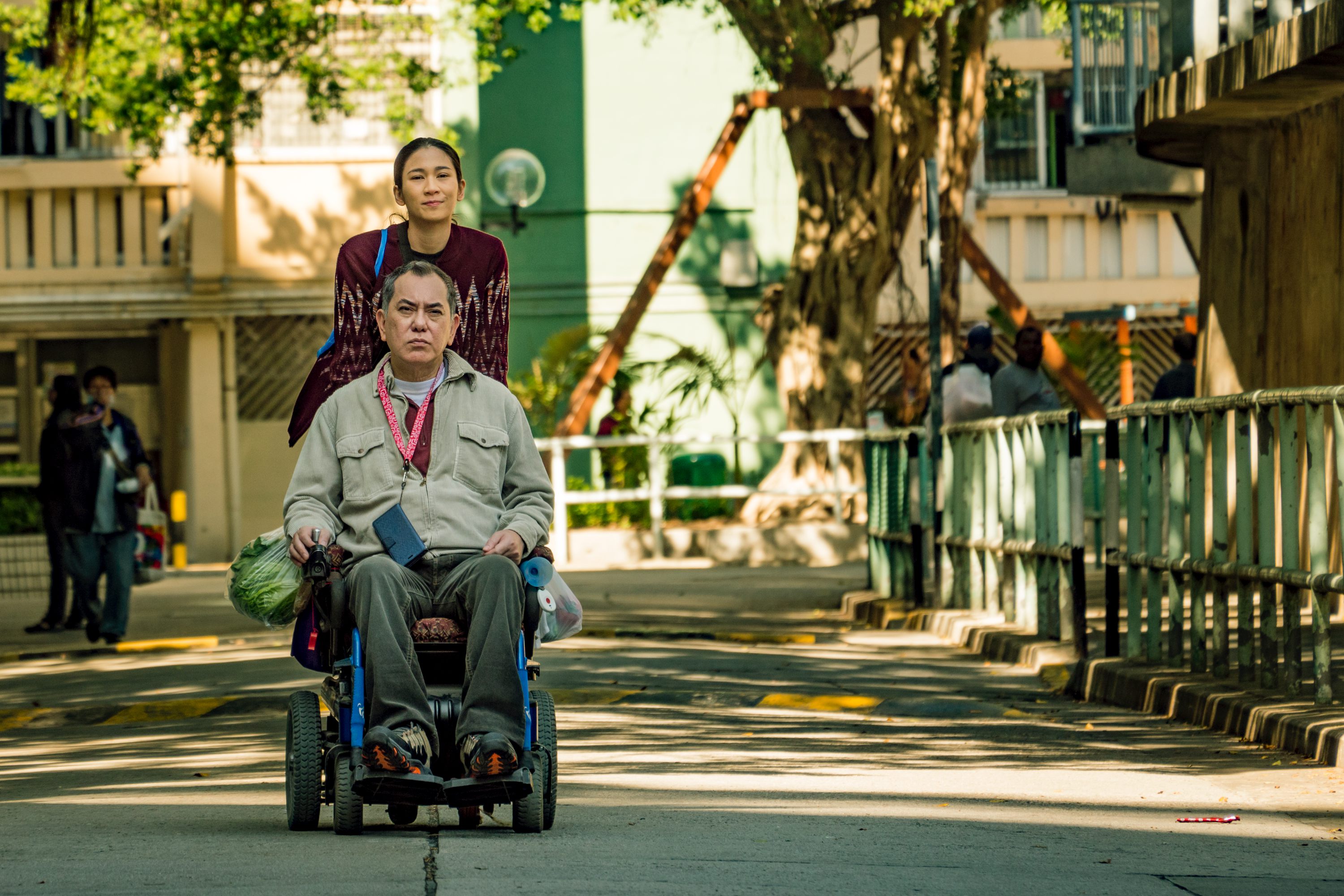 More exciting cinematic excursions await this month with the return of the Hong Kong Asian Film Festival, now celebrating its 15th anniversary. Always demonstrating keen support of the Hong Kong film industry, the opening and closing films tip their hat to local filmmakers: Tracey follows the journey and challenges a transgender woman in Hong Kong faces as she transitions. New director Oliver Chan Siu-kuen’s Still Human is a highly anticipated watch: tracing the friendship between Anthony Wong Chau-sang as a paralysed, depressed middle aged man and a Filipino domestic helper, played by Crisel Consunji. A section of the festival is dedicated to Ten Years: Feeding off of the success of the 2015 film short anthology that imagined Hong Kong’s future in a decade, Ten Years has also spread across the region as an international project. This year’s festival will also screen responses from Thailand, Taiwan and Japan. Various screening venues city-wide. 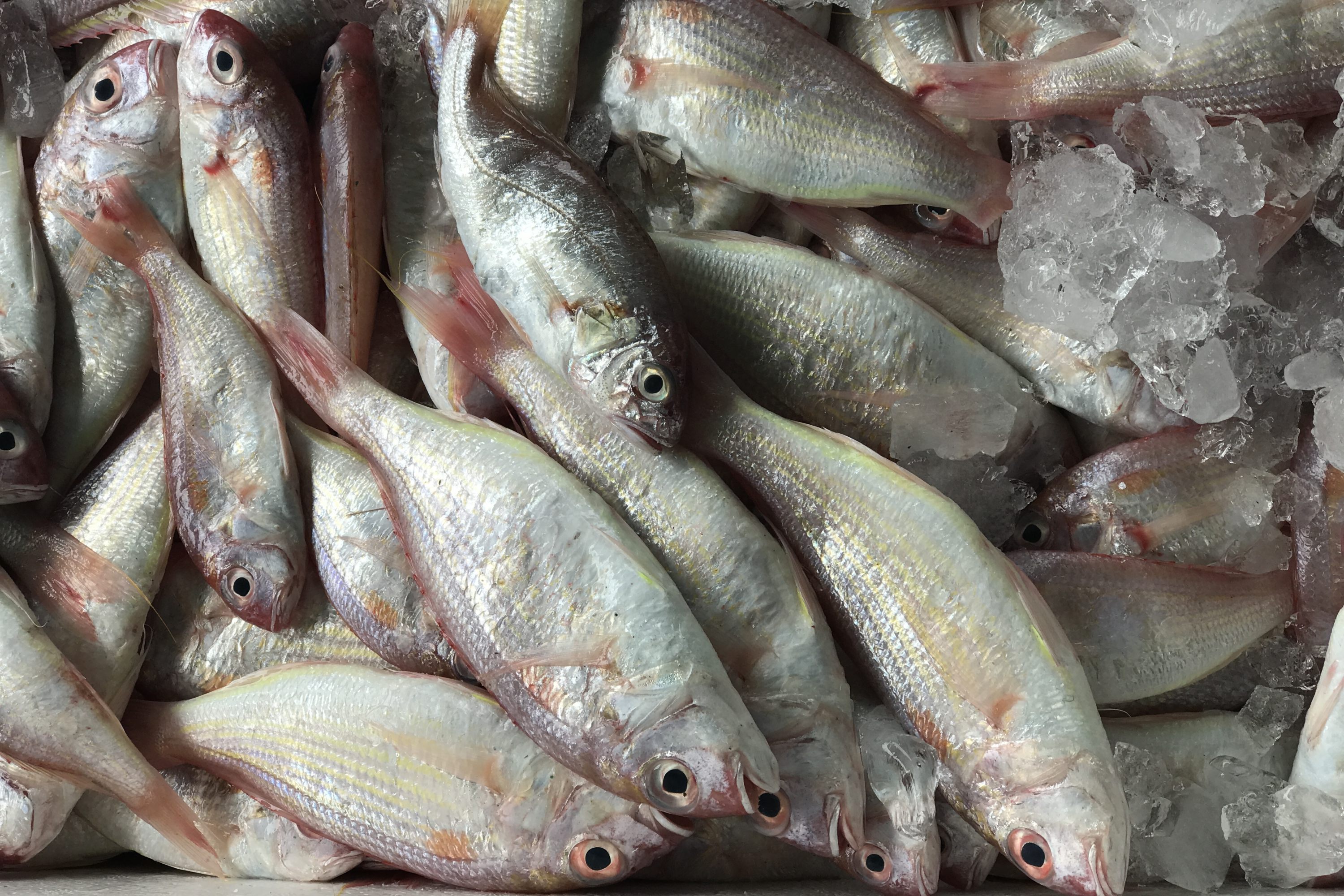 Hongkongers consume an average of 65.5kg of seafood each year, making us the second largest per capita consumer of seafood in Asia. With the exacerbating plight of marine life going extinct each year, whether by man-made plastic waste or by overfishing, the way we consume seafood is a hot-button topic more than ever before. One easy way to help save the situation, according to the World Wildlife Fund (WWF), is to avoid over-exploited species such as swordfish or wild-caught squid; and go for seafood caught in an ecologically friendly way, such as wild caught Pacific salmon and indoor farmed giant grouper from Hong Kong.

The WWF Sustainable Seafood Week aims to spread awareness on creating positive change for our oceans, through various public events and a city-wide Ocean Friendly Menu (10–18 November) at participating F&B outlets. On 9–11 November, you’ll want to head to the Savour Local Flavours Market at Kwun Tong Promenade, a vibrant street food market with local favourites such as Hong Kong-style fish balls made using local, sustainably farmed fish. A VR exhibition and stalls peddling eco-friendly wares make it a worthwhile weekend day out for all ages. Aquaculture Tours will also be held across two weekends (17–18; 24–25 November) for those looking to deep dive into the intricacies of the seafood industry, with visits to fish farms and wholesale fish markets on the agenda. 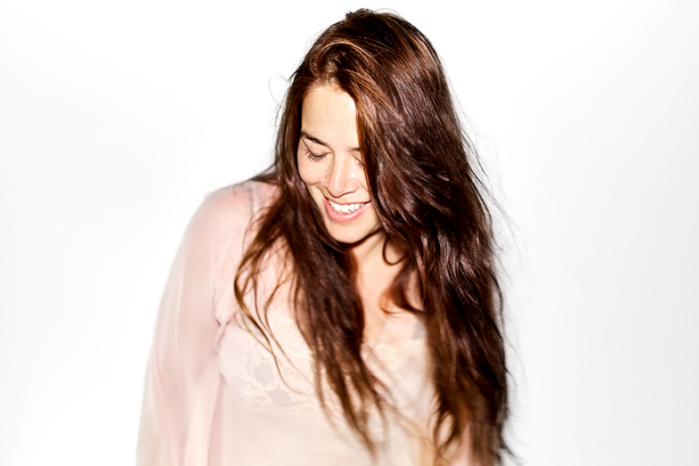 Following Rachael Yamagata’s enthralling performance at Clockenflap 2015, the smoky-voiced American songstress returns for her 2018 Asia tour. Her heartfelt songwriting and vocals captured universal appeal ever since her 2004 hit single “Be Be Your Love” appeared in the hit series One Tree Hill, and her music has gone on to appear in countless TV shows and movies — including, most recently, Korean Netflix Original drama Something in the Rain. Hopeless romantics and weary-hearted souls are sure to fall for her iconic piano ballads and gorgeous acoustic talent.