Culture
What to do in Hong Kong: 1-15 November
Share this article
Next article

In addition to the Hong Kong Asian Film Festival, which runs through mid-November, this month is chock-full of cultural events, including the Hong Kong Literary Festival, a secret theatre show, and the arrival in town of an Indonesian jazz prodigy. Fill up the next two weeks with our best picks below. When: Various dates all month

November marks the season for growing moustaches, not just because the temperature’s dropped, but to raise awareness for men’s health issues such as prostate cancer, testicular cancer and men’s suicide.

Beef & Liberty is once again one of the key supporters of the worthy cause, collaborating with Selvedge Grooming to host fundraising events including a special edition calendar exhibition shot by fashion photographer Paul S., featuring models such as Jessica C., Ana R., Louise Wong, Zelia and Angie Ng. Calendars can be purchased at The Hive and Oldies. Beef & Liberty will also donate HK$5 to The Movember Foundation Hong Kong for every purchase of its brand new El Cabrón burgers (HK$118), Brooklyn lager, or the special Movember Set Lunch. On 14 November, you can also sign up for one of its infamous quiz nights, Let’s Get Quizzical: The Movember Edition, with Brooklyn Beer on tap and prizes from Selvedge Grooming and Antipodes Scientific Organic Beauty, with all proceeds donated for the cause.

JIA Group is also a staunch supporter of Movember, with all 10 of its venues, including Commissary, Rhoda and Duddell’s participating. For dudes aiming to grow a full beard this month, they can start with a clean slate at 208 Duecento Otto’s Movember Hong Kong launch on 1 November — piggybacking on the restaurant’s weekly Wednesday highballs and meatballs promotion. HK$50 gets you a highball and bar snack, while Afer Law from Handsome Factory Barbershop will be offering complimentary wet shaves. 10% of sales will go to the Movember Foundation. All of JIA Group’s other venues will be selling a slick ‘Espresso Mo’Tini’ for HK$90, where HK$30 will go to the cause. You’ll even get a complimentary moustache to selfie your support. 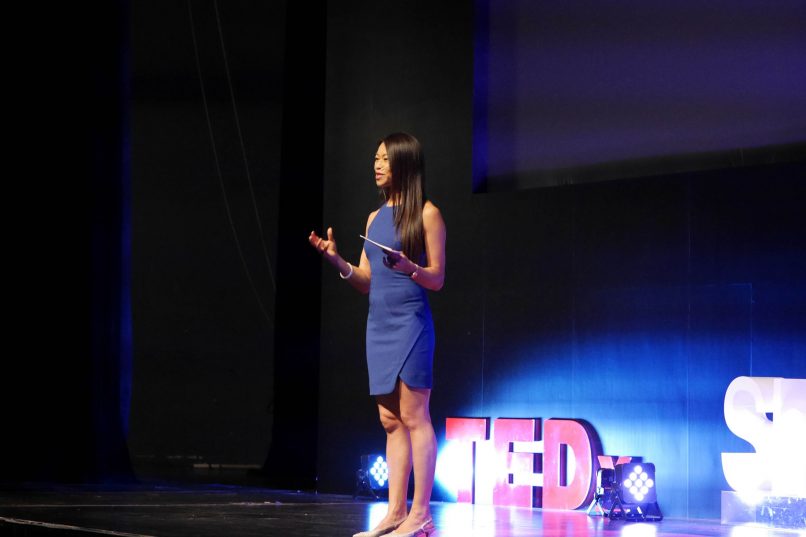 A brand new TEDx chapter opens in Hong Kong. The inaugural TEDxTinHauWomen is the only women-centric TEDx event in Hong Kong, named after Tin Hau, the Goddess of the Sea. It coincides with New Orleans’ TEDWomen event, aiming to inspire and motivate, as well as connect like-minded women and men in Hong Kong with a localised take on the official theme of ‘Bridges.’ The half-day event will feature six women speakers talking on a range of issues from how nutrition affects your mind-body connection, to persevering through hardship towards success, and in particular, reflections on the Hong Kong education system, from none other than 12-year-old Hillary Yip, the founder and CEO of her own education startup, MinorMynas. 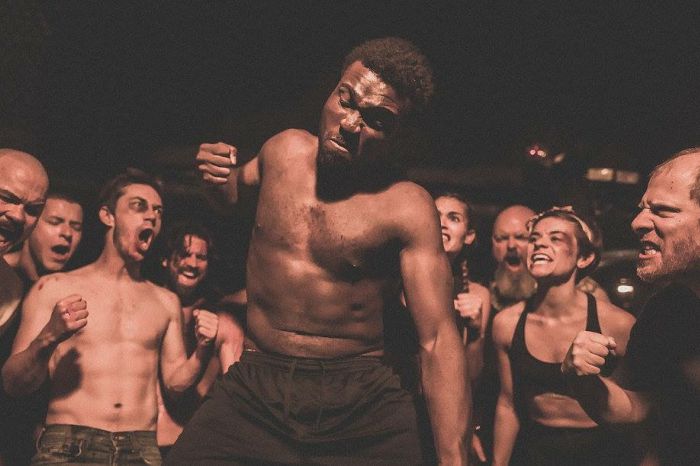 The Secret Theatre collective is known for their truly unique immersive storytelling, and their shows in London, New York and Hong Kong are constant sell-out events. They return this November and take a leaf out of 1999 film/1992 novel Fight Club for a tale of brotherhood, psychological games and presumably, a lot of soap to be made. The audience will be brought into a secret location where everything is designed to offer an interactive experience. As fight club hints, we hope things don’t get too bloody… The team has also added a ‘Dinner and Show’ option for the first time, with a three-course dinner catered by The Butchers Club, with pre-order wine and beer packages available.

Secret location to be revealed once you buy your ticket A poisoned rose, colourful pasha officers, gorgeous maidens and a dashing fable of a pirate’s love for a harem girl roll into a swashbuckling Asian premiere of Le Corsaire by the Hong Kong Ballet, choreographed by former Boston Ballet Artistic Director Anna-Marie Holmes. Guest ballet superstar Maria Kochetkova from the San Francisco Ballet partners up with Hong Kong’s principal dancer Wei Wei to take the leads on selected performances as slave girl Medora and pirate captain Conrad. For the other performances, Dutch National Ballet principal Matthew Golding pairs with Hong Kong’s principal ballerina Jin Yao to star for the other performances. For the first time this tale by Lord Byron is taken to the Hong Kong stage, you won’t want to miss it. 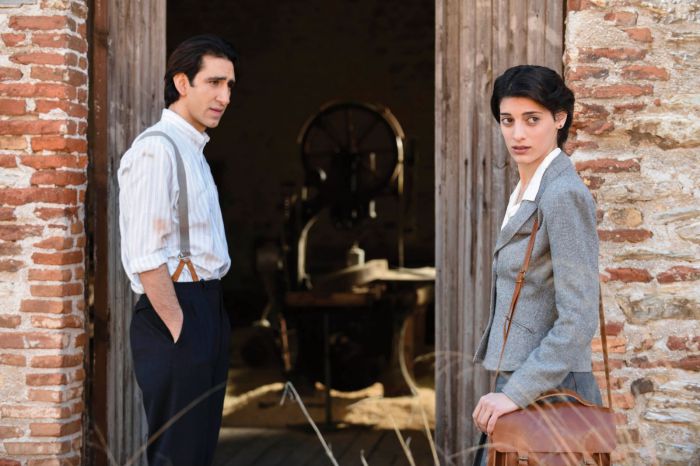 18 years of any organisation is a hefty feat and a challenge in Hong Kong. Celebrating this incredible milestone, the Hong Kong Jewish Film Festival will be screening 28 films themed around ‘celebrate’ this year, looking back at the achievements of Jewish cinema across the planet from history, present and future. The festival opens refreshingly with the documentary “On the Map,” on how the underdog Israeli basketball team won against the odds, while the programme ranges through comedies, dance-musical jams, coming-of-age dramas, and other inspiring movies, among the crucial selection of films considering the trauma resulting from WW2, as well as films that deal with the consequences of war. In the mood for a step back in time? Explore this cinematic exhibition held at the Cultural Centre, which not only has insightful exhibits on iconic films from Hong Kong’s golden era of cinema, but also has two replicas of set locations commonly used in local films. One is of a public housing flat, the other is of a cha chaan teng booth. Fans of 2000 film In the Mood for Love will recognise these as the exact seats where Mr. Chow and Mrs. Su flirted over their ‘soy sauce western’ meal — it’s no Goldfinch Restaurant, but you’ll probably still want to stop by to snap a photo. For those who live and breathe storytelling, it’s about to become a very exciting time of year as some of the world’s best writers descend on Hong Kong for the 17th Hong Kong International Literary Festival. The festival is a yearly regional meeting point for world-renowned authors and up and coming regional and local talents, most of whom are touting new novels and works. This year, the programme features visitors including crime writer Ian Rankin, Chinese-American fiction forerunner Amy Tan, Chinese British writer Jung Chang, British Poet Laureate Carol Ann Duffy and Pulitzer Prize-winning journalist Ian Johnson, among others, participating in thought-provoking talks and interviews on topics ranging from the technological future, to nationalism, poetry and the perfect crime novel. See the full programme of special events here, and do your reading before the festival with this official reading list. When: 9 November, two showings at 7pm and 9pm

14-year-old Indonesian jazz pianist and prodigy Joey Alexander taught himself piano at age six, after delving into his father’s classic jazz albums. Since then, he’s played at the Lincoln Center at the urging of Wynton Marsalis, the jazz artistic director there; he released his debut album at age 11, and even performed at the 58th Grammy Awards and at the White House. Alexander’s appearance as any normal teenager doesn’t do his incredible talent justice: close your eyes and you’ll hear the mature sound of a musician seasoned by decades of passion and practice for jazz. Kids and young jazz pianists hoping to learn a thing or two from Joey Alexander himself can also take part in a unique masterclass held on the morning of 9 November.

This unusual double bill performance takes you through a dance and theatrical performance by a Swiss production, one that muses on the shackles of day-to-day society and urges us to break free. The first performance, “Komplizen RELOADED” features multicultural dancers and musicians performing to embody the struggle of modern life. This segues into “Fight! Palast!” which is inspired by Chuck Palahniuk’s Fight Club (awfully popular these days), where performers take out their suppressed desires on each other in a fighting ring. Be sure to take part in the free additional programme, “Full Service” by performance artist Daniel Hellmann (10 Nov 6-8pm; 11 Nov 2-3pm and 4-8pm only), who will offer any service — any errand, any favour — as long as the performer and participant agrees on a price. 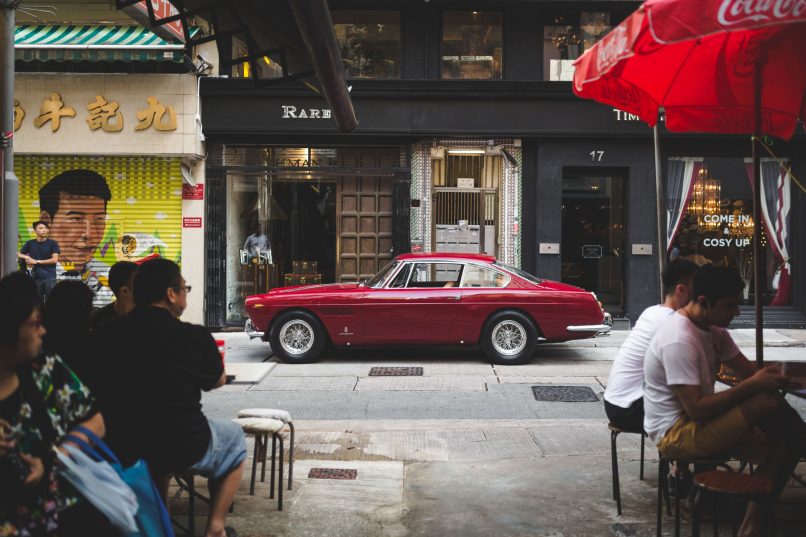 Aspiring to become Hong Kong’s own take on the world-famous Pebble Beach Concours d’Elegance, the Gold Coast Motor Festival is set to return for its second iteration this November. Behind its theme “Rare and Special Editions Around the World,” on display will be more than 80 exclusive supercars, hypercars, as well as classic icons from private collectors. Petrol heads will want to keep their weekend free to catch highlights such as viewing one of the 20 Lamborghini Sesto Elementos ever to be produced in the world; the Bugatti Chiron, making its Hong Kong debut; the iconic McLaren F1; and the one-of-a-kind Pagani Zonda Fantasma Evo. Between carspotting, you can sit back and enjoy some live music, gourmet al fresco offerings, or several family-friendly entertainment zones on-site.

TEDx movember Movember Parties Hong Kong International Literary Festival what to do in hong kong
Evelyn Lok
Managing Editor
When not trying out the latest beauty and wellness trends, Evelyn is likely enjoying a perfectly balanced negroni or exploring some of Hong Kong's best new places to eat and drink. At Lifestyle Asia she covers everything from the biggest events in town to interviews with Hong Kong specialists, with topics spanning art, food and drink, health, tech, and travel.
Beauty Wellness Events Art Drinks