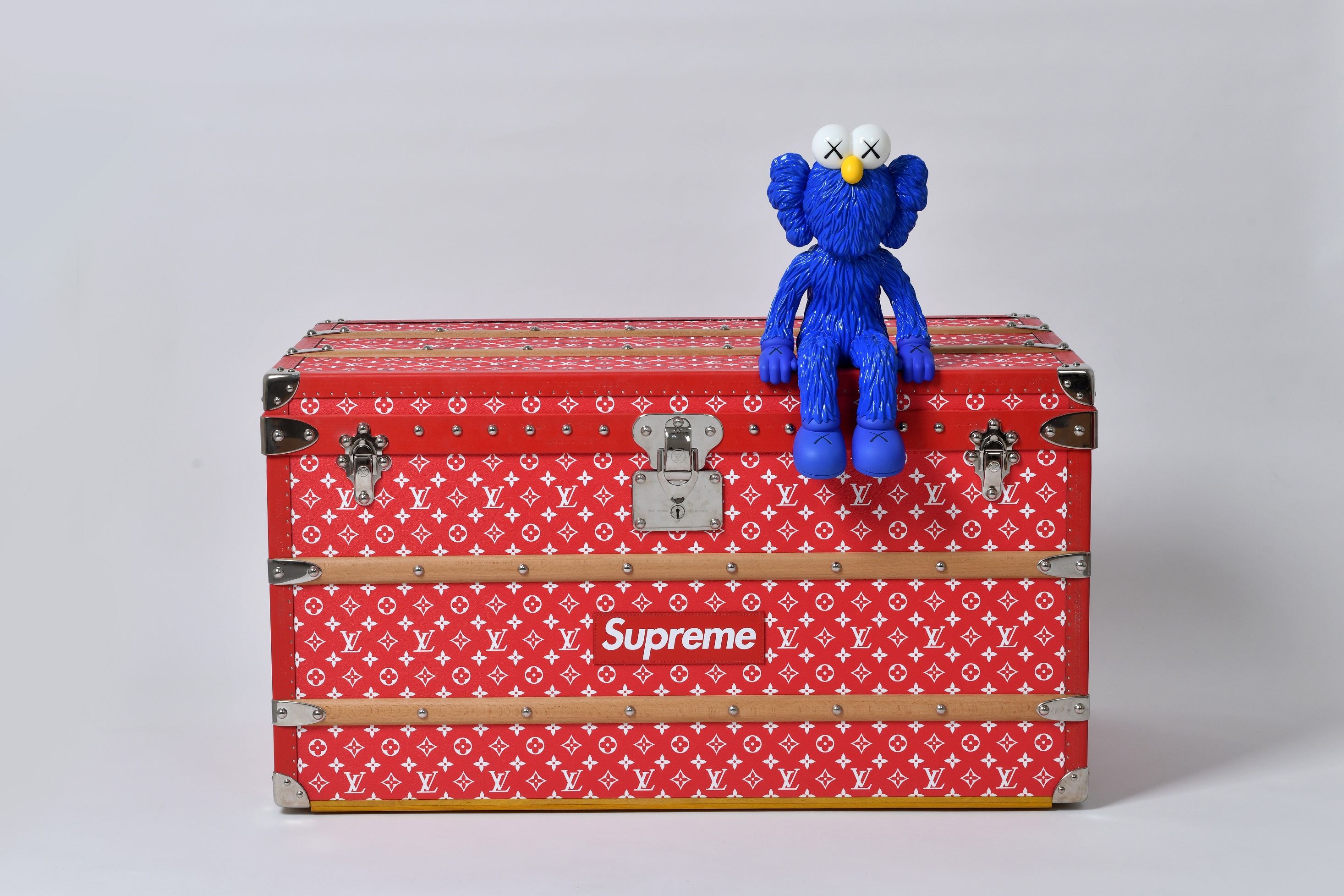 Culture
What to do in Hong Kong: 1–15 October 2019
Share this article
Next article

Culture festivals abound this fortnight as we ease not only into Hong Kong’s annual Pink Season but also Breast Cancer Awareness Month. Meanwhile, learn heart-rending stories from freedom fighters around the world at the Human Rights Documentary Film Festival, or learn all about Korean culture at the 9th iteration of Festive Korea. For our picks of the best things to do this October, read on below.

October each year marks the return of Pink Season, Asia’s premier LGBT+ festival, and this year the event also celebrates the 50th anniversary of the Stonewall uprising. This year, over 20 exceptional events fill the calendar, ranging from Drag workshops to a book launch, a wine-pairing dinner to seminars, all underpinning categories of entertainment, arts and culture, wellness, as well as social engagement and education. Most events are free or accessible by donation through Eventbrite.

October is also dressed up in a pink hue each year for a second cause: Breast Cancer Awareness Month. Sharing signature colours is none other than The Langham Hong Kong, which returns as a proud supporter with the launch of the Magic Pink Afternoon Tea. Held at the iconic Palm Court lobby lounge, the classic three-tier English afternoon tea is presented in traditional Wedgwood teaware, and each set sold donates HK$10 to the Hong Kong Breast Cancer Foundation while also raising awareness. A host of pink sweet and savoury delights are served, and if you select the Deluxe menu, you get to pair your afternoon treats with a cocktail or a glass of Perrier-Jouët rosé.

The awareness for human rights is more pressing than ever in this turbulent political climate, and just in time, the Amnesty International Human Rights Documentary Film Festival this month showcases ways that activists from all over the world have been able to fight for their freedom of expression. Highlights include The State Against Mandela and the Others, centring on the events leading to the South African Anti-Apartheid movement; the opening film The Silence of Others, which reveals the wounds resulting from Franco’s fascist dictatorship as it ended in the 1970s; as well as the closing film, The Poetess about Saudi Arabian writer Hissa Hilal, who shocked the Arab World as she persisted with her talents against a dangerous patriarchy.

Part sculpture, part functioning food truck, the new Hot Dog Bus by Austrian artist Erwin Wurm is a brand new outdoor public art installation taking place outside K11 MUSEA. The whimsically modified vintage Volkswagen Bulli was loaned to Public Art Fund by Adrian Cheng, and is part of Wurm’s continuing efforts in his craft to challenge assumed understandings and uses of common items. The Hot Dog Bus is a fun addition to the K11 MUSEA’s ubiquitous and broad art collection, and will be serving hot dogs created by The Butchers Club through 27 October. The Classic Hot Dog (HK$68) is a Westaways hot dog topped with maple bacon, cheddar cheese, fresh tomato and served with pickle chips; the Beyond Hot Dog (HK$68) is a plant-based alternative topped with a side of homemade kimchi. Soft drinks are also on offer, with sets priced at HK$80. From 11–27 October, the Hot Dog Bus will only be open on Fridays to Sundays.

Lush has recently opened its very first Naked Shop in Causeway Bay. With efforts to  help reduce unnecessary packaging when we shop, the new store is all about encouraging healthy and sustainable habits that are good for the environment. As such, the store is hosting a #CarrytheCup Coffee Pop-up for 21 days — bring your own reusable cup to enjoy fair trade and vegan coffee (or tea) by Fairtaste and Oatly. By reducing the reliance on disposable cups, Lush hopes to help instill a positive impact to the environment.

Lane Crawford Joyce Group’s social initiative Luxarity hosts a highly anticipated preloved fashion pop-up each year, not only inspiring responsible consumption, but also collection of highly sought after pieces. Check out items previously in the wardrobes of celebrities, fashion industry insiders and some of the most stylish fashionistas in town: from singers Joey Yung and Charlene Choi to fashion designers Gabriela Hearst and Phillip Lim. All the information is available on each item via a simple QR code scan, which will reveal a handwritten note by the item’s previous owner. All proceeds from the pop-up will go towards a fund that helps fuel further sustainable design.

Sneakerheads have a right to get excited, because this Phillips exhibition will be showcasing some of the rarest collectible kicks designed by artists such as KAWS, Damien Hirst, Dave White, Swizz Beatz and more. Unlike any other congregation of art, fashion and commodities, this exhibition reveals just how culturally significant a pair of shoes can become. Phillips has also invited Hong Kong artist Ernest Chang to create an original site specific artwork. The sneaker collection will also be exhibited alongside pieces from Phillips’ first-ever online-only auction in Asia, ‘24/7’, which lists a range of Supreme accessories, neo-pop works by Takashi Murakami, toys by KAWS as well as other highly hyped artworks. The auction will be open for bidding from 9–18 October.

The Food’s Future Summit is a yearly event that addresses the sustainability of food in upcoming generations. Held on 11–12 October this year with a spotlight on San Francisco, the conference this year brings a host of speakers, chefs and changemakers to Hong Kong. At the Cocktails and Conversations evening reception, expect canapés cooked up by chefs Tanya Holland of Brown Sugar Kitchen, and Brendon Jew of Michelin-starred Mr Jiu’s, as well as desserts by Belinda Leong of B Patisserie. There’s also going to be a tasting of Glyph, the world’s first molecular whisky, 3D-printed chocolates by Ryan L Foote, and presentations of aquaponic edible plants, microgreens, low-GI rice as well as omnipork.

When: Throughout October and November

We all love a great bowl of traditional pasta, a Tuscan wine, or Italy’s rich talents in art and design — and this inaugural festival celebrates all the delights of Italy to Hong Kong and Macau. Hosted by the Consul General of Italy in Hong Kong, the festival features a slew of events spanning film, opera, food, wine, design and entertainment. The festival opens with an exhibition of Leonardo Da Vinci’s genius, and continues with various occasions such as the RunItaly fun run — followed by a post-race tasting of Italian wines and snacks — and a music-fueled white truffle tasting dinner. Check the full programme here.

When: Throughout October and November

The 9th edition of Festive Korea is back, this time presenting more than 30 events that showcase the best of Korean culture, whether it’s K-pop, dance, art, food, film and beauty. There’ll be movie screenings and seminars, cooking classes, as well as performances introducing Korean folk arts to Hong Kong. Don’t miss a session with the Kimchi Grand Master Lee Ha-yeon, as well as other monthly recipe reveals. Check out the full programme here.

Breast Cancer Awareness Month things to do in hong kong Phillips Auctions what to do in hong kong Pink Season Human Rights Documentary Film Festival
Evelyn Lok
Managing Editor
When not trying out the latest beauty and wellness trends, Evelyn is likely enjoying a perfectly balanced negroni or exploring some of Hong Kong's best new places to eat and drink. At Lifestyle Asia she covers everything from the biggest events in town to interviews with Hong Kong specialists, with topics spanning art, food and drink, health, tech, and travel.
Beauty Wellness Events Art Drinks