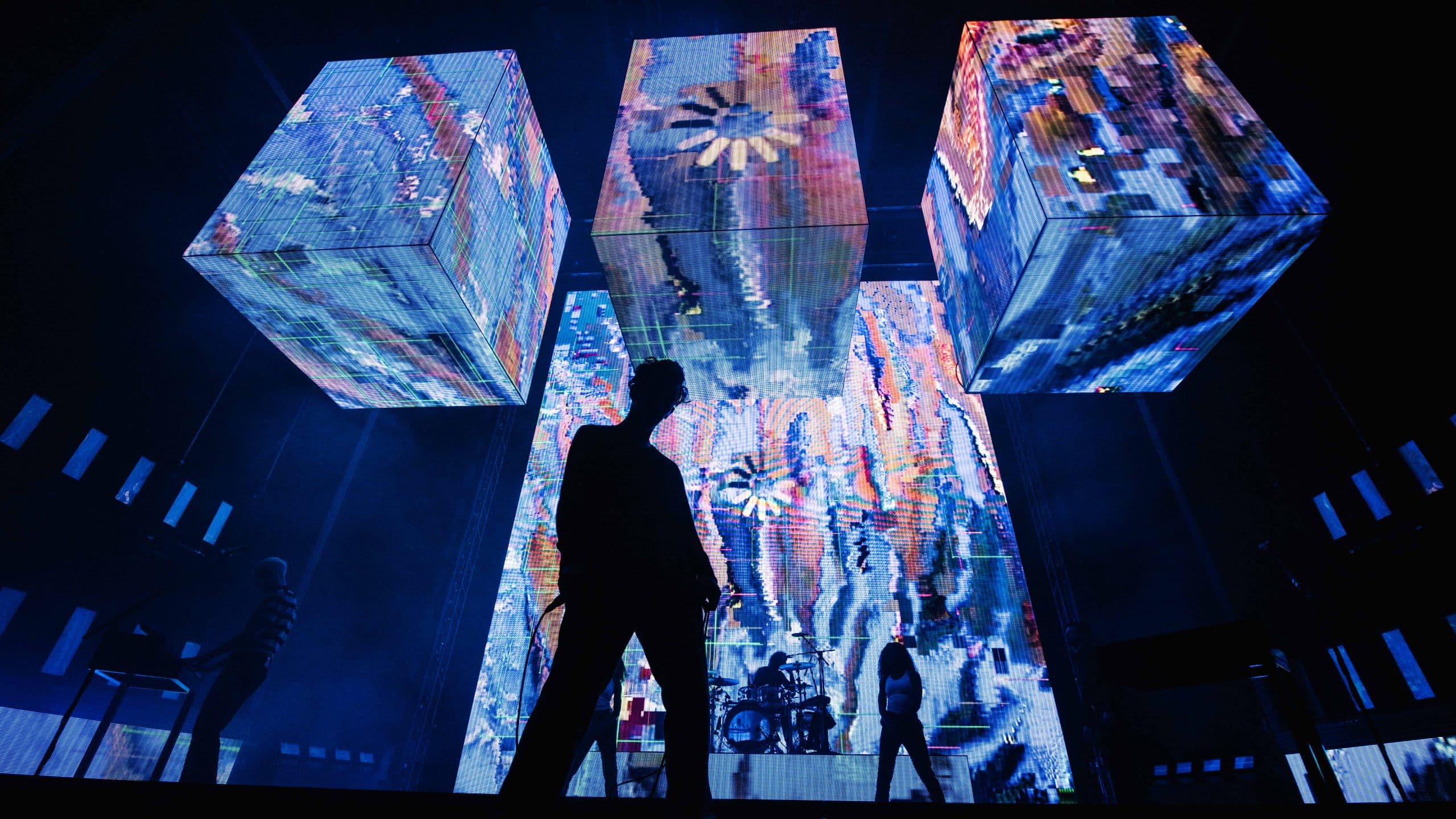 Culture
What to do in Hong Kong: 1–15 September 2019
Share this article
Next article

The first half of September holds plenty of opportunities to delve into connoisseurship — whether it’s a tranquil tea ceremony; a chance to tuck into dishes by some of Hong Kong’s greatest chefs; or the opportunity to enjoy a film or three, with stories told by some of the leading LGBT voices, and documentaries about some of the greatest artistic talents that have ever lived. Read on for our picks of the best things to do in Hong Kong this September.

Price: From HK$525 per person with meal packages available

Feeling a sore need to reconnect with nature? Fivelements Habitat is hosting a range of Tea and Song Workshops by visiting Tea Master Baelyn Elspeth (Tien Wu). Ceremonies help to explore feminine energies and our relationship to Mother Earth, whilst also helping to bring stillness, and open hearts for Hong Kong’s hectic population. Learn all about Cha Dao, Gongfu Tea Ceremony, hone your daily meditative practices or enjoy a cup of tea with song, drum and dance. Book your spot at wellnessts@fivelements.com.

A Feast for the City

When: 7–8 September
Price: HK$680 per adult; HK$380 per child (3–11 years old) from Ticketflap
A brand new food festival is here to whet the appetites of hungry Hongkongers: Head to Feast at PMQ for all you can eat and drink over the course of two afternoons, with delectable bites delivered by eight of Hong Kong’s most eminent chefs. The first of a series of innovative food-themed pop-ups organised by Pyjama and Magnetic Asia, you’ll get a chance to sample the talents of chefs such as Aaharn’s Boonyapat ‘Dtoy’ Pariyasakul; Baking Maniac’s prodigal patissier Ankrish Gidwani, Francis’ Asher Goldstein; Franks’ Darnell Fields; Chris Grare and Aaron Rhodes of Kinship; Nicolas Borteyru, head chef at Le Meridien Cyberport; Antonio Oviedo at Relish Kitchen, and Tam Tung from 1-Michelin-starred Yat Tung Heen. Find out more at Feast HK.

When: 7 September
Price: HK$400–888 or HK$500–988 at the door, with free-flow bubbly and standard drinks until 12am for ‘WIP’ guests
A stunning harbour view, electrifying beats and delicious bubbles — the ideal makings of a high-octane weekend in the SAR. W Hong Kong’s yearly ultimate poolside bash returns for its last run of of 2019 this September, the perfect send off to the summer over at the hotel’s Wet Deck. This year the theme is ‘Twisted Tiki’, bringing on a decidedly tropical spin.

The inaugural ‘F!t Edition’ of Zouk At Sea’s weekend extravaganzas brings on the ultimate mini-getaway for fitness fiends aboard a Dream Cruises ship: It’s a five-star weekend cruise experience filled with workouts, morning raves and dance fitness parties all weekend long, all for the price of a night of boozing it up in Hong Kong. Check in on Friday evening at Kai Tak Cruise Terminal, enjoy at least four fitness classes and parties designed to help you work up a sweat, and enjoy HK$1,178 worth of food and beverage credit in between. The ship docks back in Hong Kong on Sunday morning, in time for you to hit your favourite brunch in town. For those looking for a healthier alternative to a typical two day bender, this cruise is something new to try. Currently the event is ‘invite only’ — but just register to receive your invitation. More information here.

The Hong Kong International Laugh Festival began as a Cantonese comedy event in 2017. Last year it grew to be an even bigger hoot, with stand-up acts in English as well as Tagalog. This year it returns for the international crowd, with the promise of an assortment of languages and eclectic events spanning improv to open mic, laugh workshops to roast battles. Don’t miss the debut of new monthly live show, ‘Hong Kong As F*ck’ on 8 September, which brings a rotating cast of comedians to a gag-filled game show format, where audiences will get the chance to win prizes. More info here.

From YouTube b-boy to multi-platinum R&B artist, Jay Park is one talent that K-fans go wild for. The RocNation-signed Korean American artist has gone on to start two of his own music labels, spinning out one catchy hit after another. Catch the man in the flesh in Hong Kong during his ‘Sexy 4Eva’ tour this September.

Price: HK$200-300 from Ticketflap; HK$350 at the door
The Magician lands in The Landmark Mandarin Oriental, Hong Kong this Saturday. Part of the MO Sound-bites live DJ series at MO Bar, this month’s highly anticipated evening brings Belgian DJ and producer Stephen Fasano to the decks. Following his departure from Balearic disco duo Aeroplane in 2010, he’s now highly sought after for his enchanting ‘Magic Tapes’ series on SoundCloud, and loved for his danceable disco beats. Catch hits such as ‘Sunlight’ featuring Years & Years and his spin on Lykke Li’s ‘I Follow Rivers’, which has attained platinum status.

Price: HK$988–1,188 from Stubhub
UK indie crooners The 1975 are fresh from a 2019 Brit Awards win for Best British Group and Album of the Year, and are now touring their latest acclaimed album, ‘A Brief Inquiry into Online Relationships’ — the band’s third album to reach the top spot on the UK charts. Catch hits such as ‘Love It if We Made It’ — awarded song of the year from The New York Times — at their second time appearing in Hong Kong this September.
Hall 2, AsiaWorld-Expo, Chek Lap Kok, Hong Kong

The HKLGFF is the longest-running LGBT film festival in Asia, now celebrating its 30th anniversary. You can expect a specially curated programme of films and special events for the occasion, starting with opening film How I Felt When I Saw That Girl, the first LGBT romance in all of Bollywood history, starring veteran star Anil Kapoor and his daughter Sonam Kapoor. The second opening film, French comedy The Shiny Shrimps, is the uplifting tale of a gay water polo team vying for qualification of the upcoming Gay Games — a fitting addition to your watch list ahead of Hong Kong’s own Gay Games in 2022.

Closing the festival are The Daughters of Fire, a sexually charged story of two female ex-lovers who reunite after going on a road trip during a crossroads in their lives; and My Big Gay Italian Wedding, a comedy adapted from the 2000s off-Broadway play by Anthony Wilkinson, about a newly engaged couple Antonio and Paulo meeting the parents for the very first time. Show an opening film ticket stub to get free admission and a complimentary drink at W Hotel Woobar on 7 September for the opening party. More details here.
Various locations.

The opening film is an homage to the great Pavarotti, one of the world’s greatest tenors, while other highlights focus on legendary talents such as fashion designer Jean Paul Gaultier and Impressionist painter Edgar Degas. Food lovers will want to check out ‘Kampai! Sake Sisters’, about women asserting their place in the male-dominated sake industry; and ‘Ramen Heads’, about the quest for the ultimate ramen in Japan. Music fiends will also not want to miss a rare sing-a-long screening of the Julie Andrews classic, The Sound of Music. More details here.
Movie Movie Cityplaza, Cityplaza, 18 Tai Koo Shing Road, Quarry Bay, Hong Kong, +852 2388 0002

things to do in hong kong what to do in hong kong Fivelements Tea Ceremony
Evelyn Lok
Managing Editor
When not trying out the latest beauty and wellness trends, Evelyn is likely enjoying a perfectly balanced negroni or exploring some of Hong Kong's best new places to eat and drink. At Lifestyle Asia she covers everything from the biggest events in town to interviews with Hong Kong specialists, with topics spanning art, food and drink, health, tech, and travel.
Beauty Wellness Events Art Drinks