Culture
What to do in Hong Kong: 15–30 April 2019
Share this article
Next article

The second half of April is shaping up to be two thrilling weeks of entertainment: film buffs will no doubt be giddy with the so-called conclusion of the Marvel Avengers timeline with “Endgame”, releasing in theaters on 24 April. At the same time, Game of Thrones’ highly anticipated final season is also set to hold keen watchers captivated at home for the next six Monday evenings (read on to see where to watch it and where you can take a seat on the Iron Throne yourself). Aside from these couch comforts, there’s also plenty in terms of wellness to look forward to in honour of Stress Awareness month, all before International Jazz Day closes out April with a bang. Check out our list below for the best things to do in Hong Kong this April. 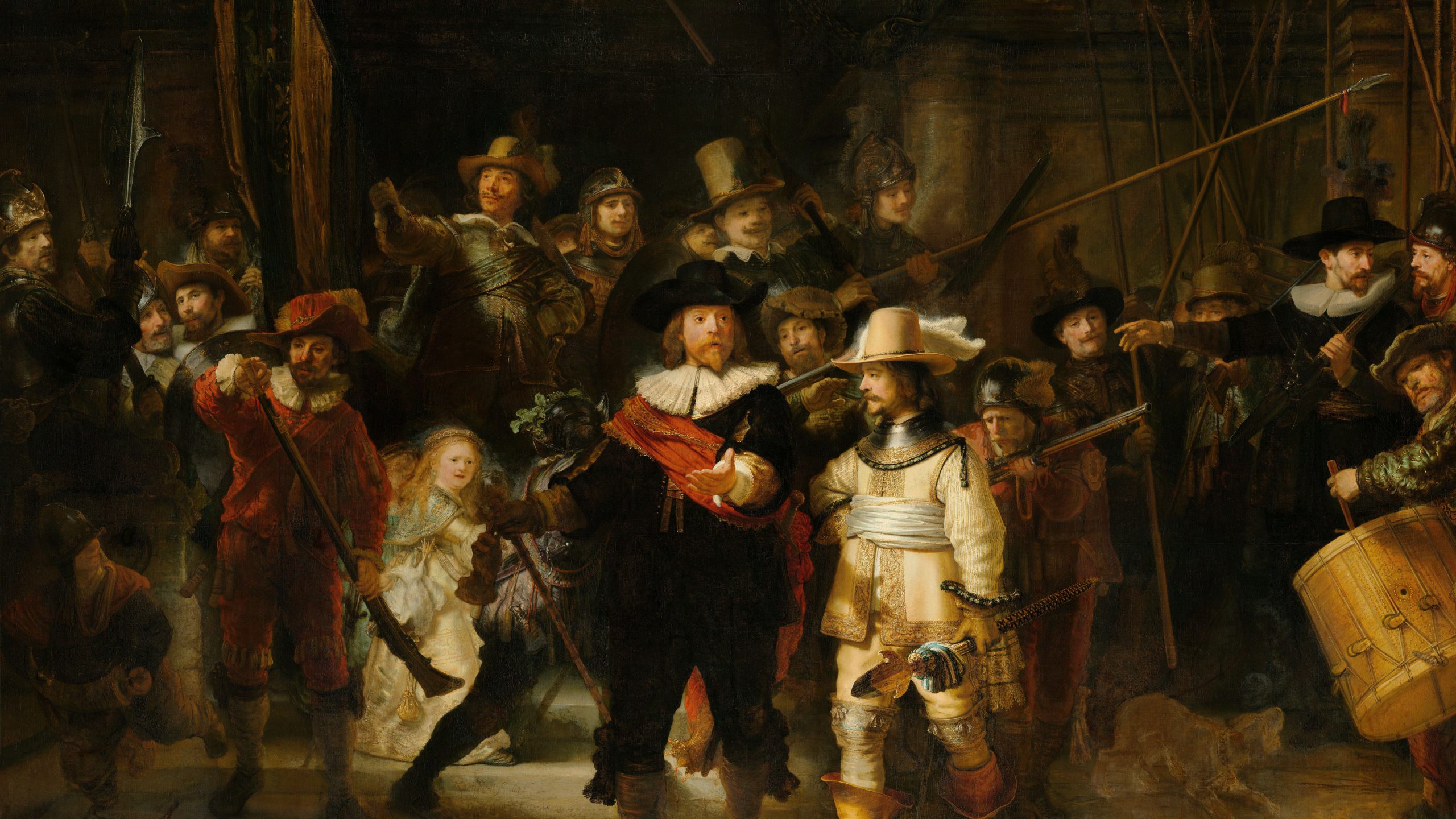 Themed “Rembrandt as Innovator,” this year’s 5th edition of the Dutch cultural festival commemorates the 350th year of Dutch master painter Rembrandt’s death. A range of exhibitions, music and film screenings will bring the Netherlands to Hong Kong, all showcasing the uniqueness of Dutch innovation. Apart from spotlighting the Netherland’s leading innovation in sectors of water management and recycling in various seminars, cultural events also include exhibitions of Rembrandt-inspired artwork by Hong Kong artists, a treasure trove of shipwrecked ceramic gems from 19th century trade ships to and from China, as well as a showcase of acclaimed Dutch movies from recent years. 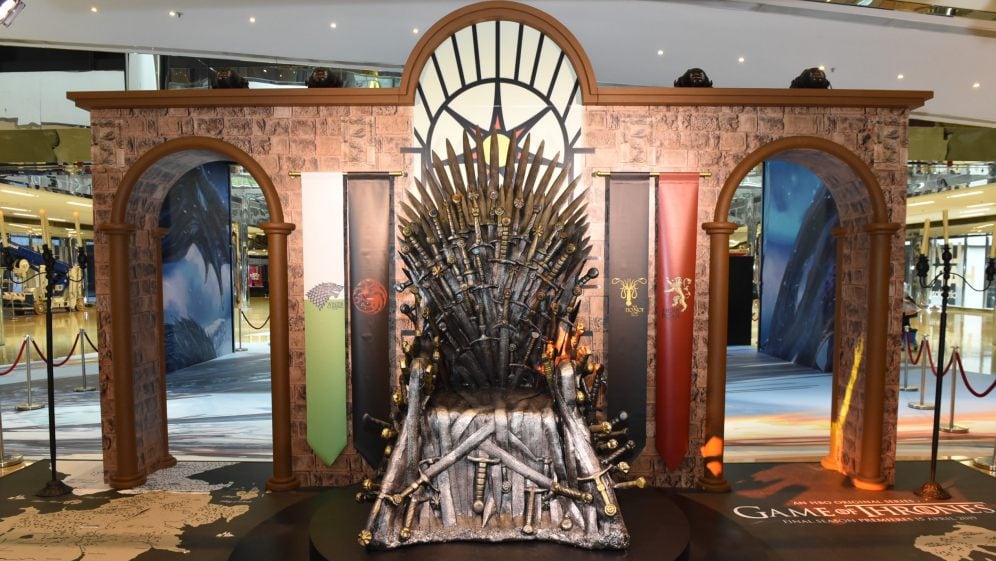 The final season of HBO’s most popular series lands in Hong Kong today. To fuel the flames of keen fans ecstatic about the show’s return, Now E and HBO Asia have recreated the Iron Throne in an exhibition at Cityplaza — a centrepiece with eight interactive zones brimming with activities for visitors to win exclusive collectibles. There’s also a 6-metre-long ice dragon, also known as Viserion, sure to make plenty of cameos in selfies in weeks to come. Still unsure where to watch the new season at home? Now E’s HBO GO monthly plan is only HK$68 a month, or a three-month pass (HK$178) gives you access to the show the same day it’s screened in the US. 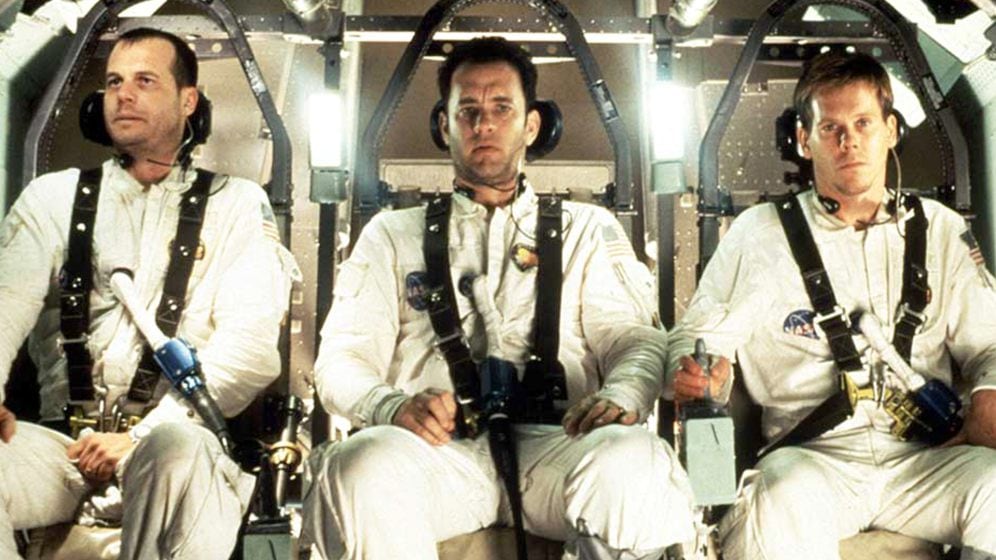 The LCSD is screening three Sci-Fi cinematic hits uniquely at the Hong Kong Space Museum and Hong Kong Science Museum to celebrate the 50th anniversary of the first manned Moon Landing this year. Catch the upcoming screening dates on 21 April at the Space Museum; 19 and 26 April at the Science Museum. Films featured include 1995’s Apollo 13 starring Tom Hanks (aka the source of Hollywood catch-phrase “Houston, we have a problem”); 2014 Oscar-winning “The Theory of Everything,” featuring Eddie Redmayne in a heartfelt tribute to Professor Stephen Hawking; and 2016 film “Hidden Figures,” about the African American female mathematicians whose code helped put the first men in space. 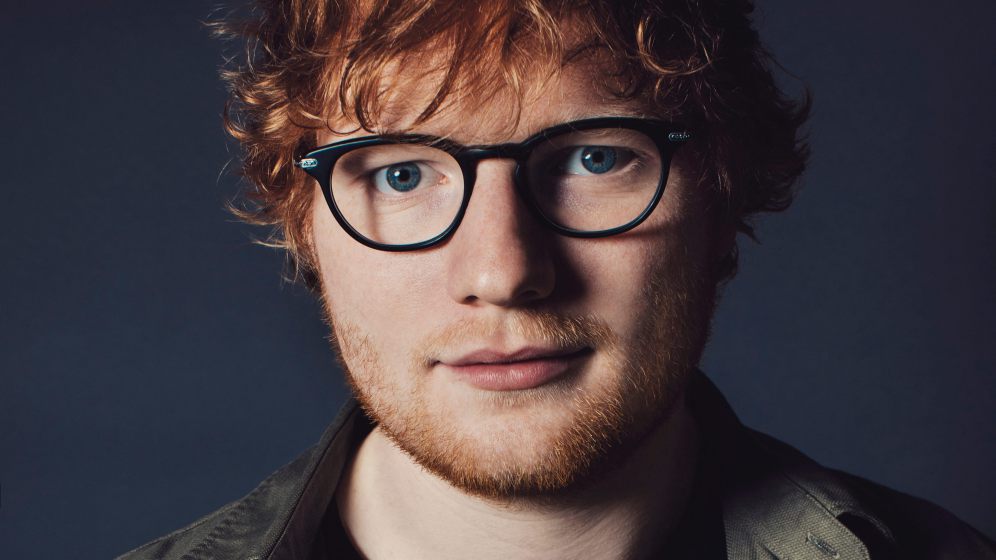 Pop sensation Ed Sheeran is back in the SAR with two nights in the unique new outdoor venue, Fantasy Road at Hong Kong Disneyland. Fans who missed Sheeran’s appearance last year due to his unfortunate concert cancellation will definitely not want to miss this chance to see him live. Gates open 4pm.

Craft beer importer Bestbev has watched the local beer scene steadily grow as long as it’s been established itself. Celebrate the 6th birthday of one of Hong Kong’s leading craft distributors with an evening of free-flow craft beer, pizza and giveaway prizes on the hour, and explore a new beer (or three). (Image credit: Elevate/Unsplash)

Hong Kong’s two-day Jazz Day Marathon is billed as the greatest jazz party of the year — in honour of the annual International Jazz Day on 30 April. For 2019, the stellar lineup brings over 60 talents to the Hong Kong stage, performing every flavour of jazz under the sun from swing to bebop, big band to flamenco. Watch out for local heroes of the scene including Ted Lo (“the godfather of jazz” in Hong Kong) and award-winning pianist Patrick Lui, playing against international acts such as NYC-based saxophonist Will Vinson and Angelo Debarre Trio from France. (Image credit: Jens Thekkeveettil/Unsplash) 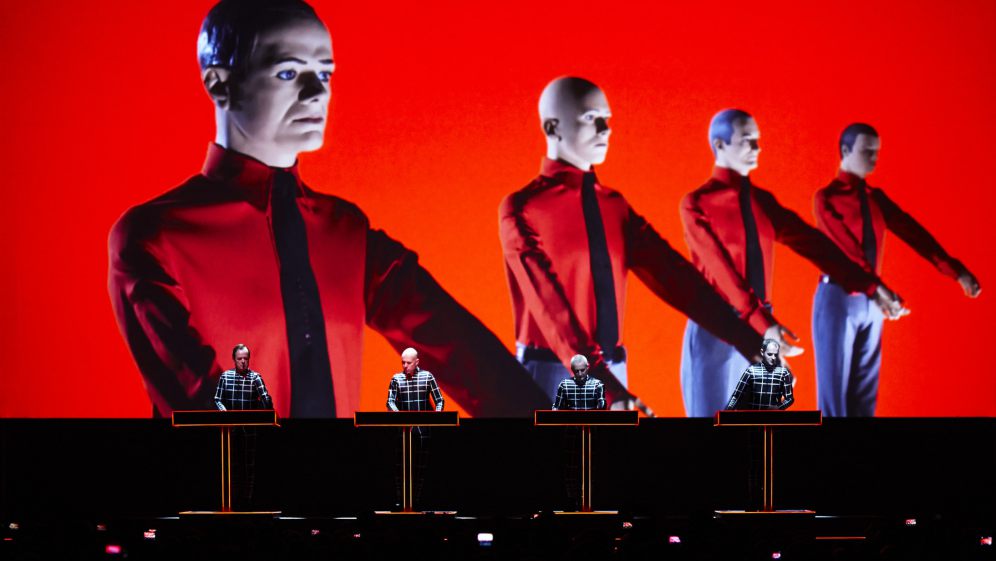 Ravers at this past weekend’s Sónar still craving more time on the dance floor will want to check out Kraftwerk, Grammy-winning German electro-pop giants and pioneers of electronic music since the 80s. Known for their sparse “robot pop” stylings and mesmerising visuals, the critically acclaimed group regularly tours the world’s most prestigious contemporary art venues and institutions from New York’s MoMA to the Tate Modern in London to Walt Disney Concert Hall in Los Angeles. 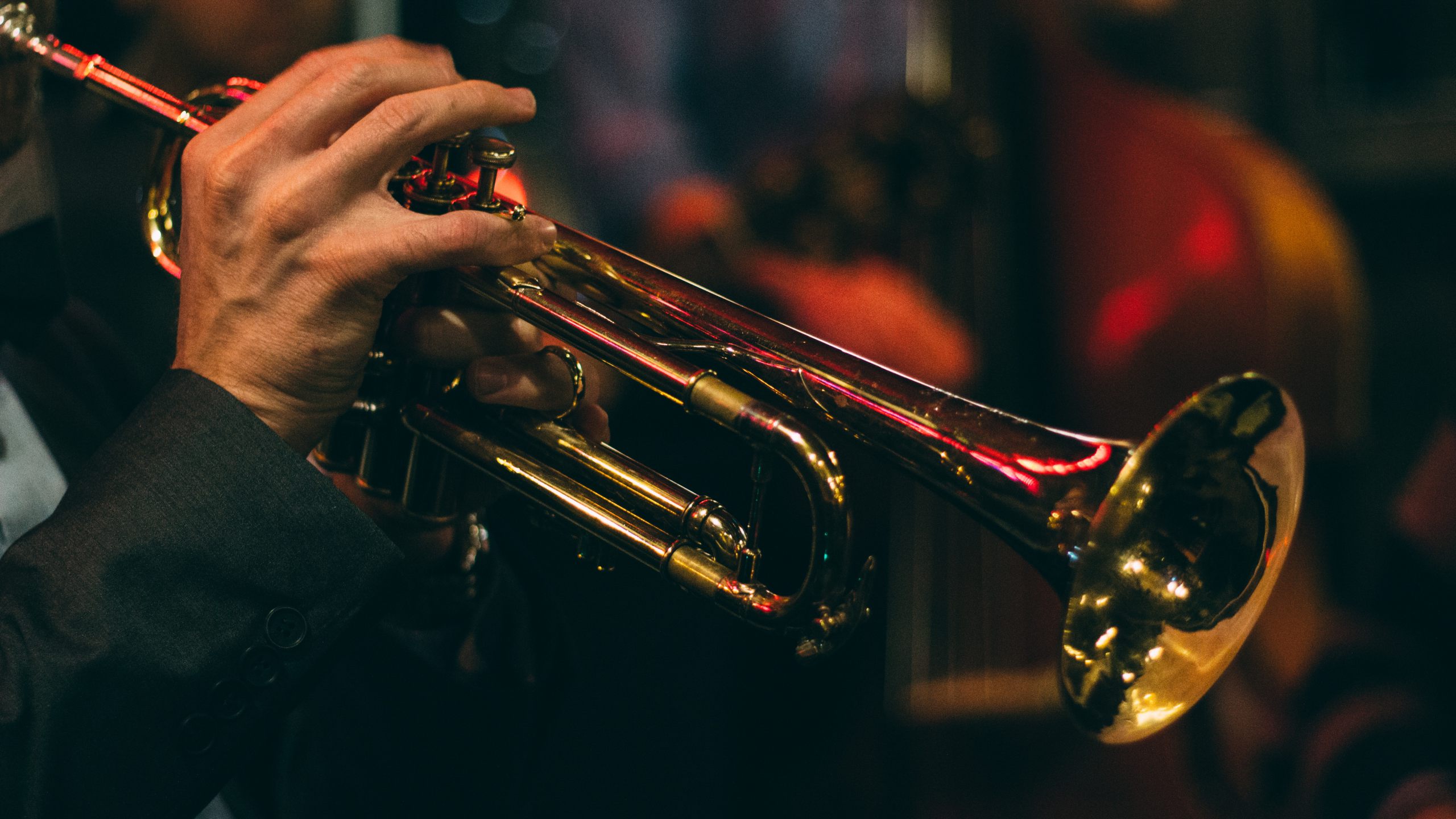 This Side of Paradise

Don your best flapper garb or panama hat and head out for a night of swing dancing for this jazz-infused celebration of the Roaring 20s. Named after F. Scott Fitzgerald’s lauded novel, “This Side of Paradise” features seven of Hong Kong’s most highly acclaimed jazz artists for a night of swing, blues and even a spot of Canto-jazz — featuring the likes of keys maestro Ted Lo, blues harmonicist Henry Chung, guitarist Tjoe Man-cheung and more. Be sure to stop by Colette’s bar for a 1920s-style cocktail. (Image credit: Chris Bair/Unsplash)

“You have pressure, I have pressure,” as the saying goes to describe Hong Kong’s seemingly inevitable high stress living conditions, a city that cites one of the longest average working hours in the world, clocking in at 50 hours per week. Hong Kong mental health advocate Mind HK is bringing to light the dangers of overwhelming stress by partnering with several local workshops in honour of Stress Awareness Month this April. Interested parties can sign up for an array of classes that help alleviate pressure, ranging from pottery to bakery classes. Check out the full programme in the link below. (Image credit: Max Van den Oetelaar/Unsplash)

Support Races To Driver Meets: All The Cool Things Happening During The 2022 Formula 1 Singapore Grand Prix