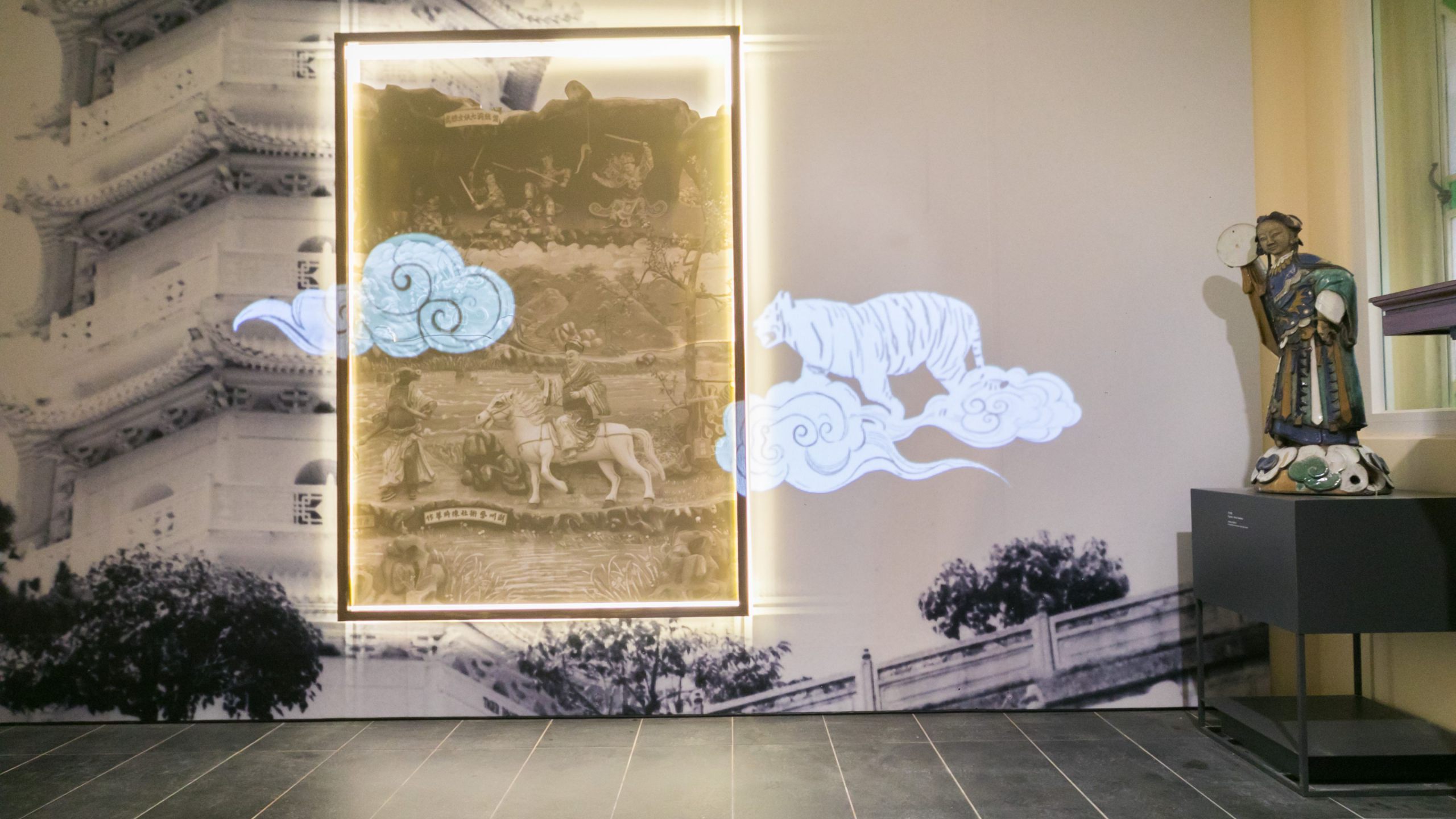 Culture
What to do in Hong Kong: 15-30 September 2019
Share this article
Next article

As autumn starts to settle in, there’s plenty of design, arts, music and wellness to look forward to in Hong Kong this fortnight. From a spot of Shakespeare to some 90s throwback tunes, check below for our top picks of things to do in Hong Kong this September.

Design Trust’s flagship design programme, Design Trust Futures Studio, is a multi-disciplinary think tank that raises dialogue about the positive role of design in modern society. Held at historic Haw Par Mansion this year, this is a rare chance to step into the storied grounds that were the former home of Aw Boon Haw (also known as ‘The King of Tiger Balm’). Famed for its eclectic designs and architecture, the building now houses a music conservatory and is temporarily open to the public for the duration of the exhibition.

Exhibits look at environmental issues and ways that design can improve social wellbeing, featuring the works of the Design Trust foundation’s grant recipients and designer mentees. Items also draw from the archives of the Haw Par mansion, so catch plenty of whimsical pieces featuring tigers, tying in with the history of the space. The exhibition is presented in collaboration with Tai Ping — a legacy company specialising in bespoke carpets and art tapestries since 1956. Catch public guided tours at noon on the 13, 15, 18, 22 and 27 of September.

DC Comics’ beloved superhero is an octogenarian this year, and the legacy of the Dark Knight lives on. Celebrating the anniversary with global fanfare, Hong Kong’s fans will get a glimpse of the Bat-signal across the Peninsula Hong Kong’s iconic facade from 8pm until midnight. On the same evening, Hybrid Group is hosting a Heroes Vs Villains 4km Night Run at West Kowloon’s Nursery Park, where races are encouraged to dress up as a character of their choice: Batman, The Joker or Harley Quinn. More information here.

The HKADC and Jockey Club are teaming up to bring a brand new season of visual arts and stage performances. Returning for the third edition, these productions allow homegrown talents to experiment beyond traditional theatre through new available ways of performance and exhibition. Check out one of the first shows this month: L’Orphelin, which is the treacherous court drama that was initially presented as Peking Opera, but became the first Chinese drama translated into European languages. More information here.

Price: HK$788–1,788 from Ticketflap, with dinner and VIP champagne packages with a secret experience available.

Richard Crawford’s Secret Theatre returns: The interactive theatre company has previously put on shows in New York, London and Hong Kong to great acclaim, with thrilling storylines that place the audience at the centre of the drama, giving them full power to decide the evening’s outcome — no two shows are the same! Billed as ‘Silence of the Lambs’ meets ‘Black Mirror,’ the show’s premise is that a serial killer is on the loose, and it’s the audience’s job to interview the suspects and find him. This year’s production takes place at Tai Kwun, the former Central Police Station, so we can expect the tale to trace its spine-tingling history as an olden-day prison block. Ticket-holders can choose for a pre- or post-theatre dinner at Aaharn, a world-class Thai restaurant by celebrity chef David Thompson.

This September and October, the Intangible Cultural Heritage Earthpulse Society and LCSD are collaborating once again to bring the fifth Hong Kong Culture Festival. This year’s festival is themed ‘Oriental Impressions’: Working with Inner Mongolia, South Korea and Japan, the festival aims to bring a stunning array of visual arts and performances to Hong Kong, illustrating the intricate fabric of cultural gems throughout Asia. First up in September, check out the Hong Kong Ink Art Walk, featuring an exhibition of artists from the Chinese Ink Painting Institute Hong Kong who visited Jeju Island. The show is guest curated by ink veteran Wucius Wong. More information on the full programme here.

The fall edition of Iris: Your Escape, also known as Hong Kong’s largest wellness festival, returns to Central Harbourfront this September, for what is set to be the most therapeutic weekend this fall. Expect star-studded yoga and fitness instructors with more than 80 activities on site, as well as a free-entry wellness marketplace with over 70 health and lifestyle vendors. Highlights include the Silent Disco, the Zen meditation garden, and the Iris Insider talks and workshops section, with a particular focus to inspire visitors to explore more sustainable ways of living.

The world’s largest Russian Science show brings six performances to Hong Kong this September, presenting an array of jaw-dropping scientific demonstrations fit for all ages. Developed by top talents from Russian universities, Hong Kong is the first international outpost for the hugely successful interactive science show, which saw more than 300,000 visitors from across the country during its previous runs. This time in Hong Kong, you’ll get the rare chance to see the might of a 3-metre-tall lightning strike from Tesla generators; an eight-barrelled ball-gun; a multi-atmospheric nitrogen gun; and even a tornado machine.

Dedicated fans of the 90’s pop rock sound featuring song sirens such as Sheryl Crow and Natalia Imbruglia will want to jump at the chance to attend this off-Clockenflap gig: Glaswegian duo Texas, set to rock the stage this September. Founded in 1987 by singer Sharleen Spiteri and bassist Johnny McElhone, Texas have sold more than 40 million albums to date, releasing their ninth studio album in 2017. The pair heads to Hong Kong to meet their ardent fanbase for the very first time this fall — expect the greatest hits from their back catalogue, including ‘In Our Lifetime’, ‘Summer Son’ and debut single ‘I Don’t Want a Lover’.

Shakespeare’s Globe returns once again with yet another trio of the bard’s best loved plays. This time round, the stories explore themes of refuge and displacement, with actors crossing seas, losing their families, and finding out whether they belong in stories including The Comedy of Errors, Pericles, and Twelfth Night. For an extra tinge of excitement, head to the Audience Choice show on Tuesday 24 September where the show that plays is entirely in the hands of those watching — the loudest cheer wins, and the action starts right away. Be sure to head there early to secure a good spot. Just like in the actual Shakespeare’s Globe theatre, The Yard offers free seating to all ticketed guests, available on a first-come, first-served basis.

Interstellar wouldn’t have been the nail-biting epic it was if it weren’t for him. We wouldn’t have fallen for Captain Jack Sparrow had it not been for his swelling violin strings. Nor would have The Dark Knight Trilogy, The Lion King, Rain Man, The Holiday, and plenty more Hollywood hits have gained their credence without his music. One of the most recognisable names in film today, the multiple award-winning film composer Hans Zimmer heads to Hong Kong this September to perform his best loved cinematic scores, presented by a live symphony orchestra. Film and music buffs definitely won’t want to miss it.