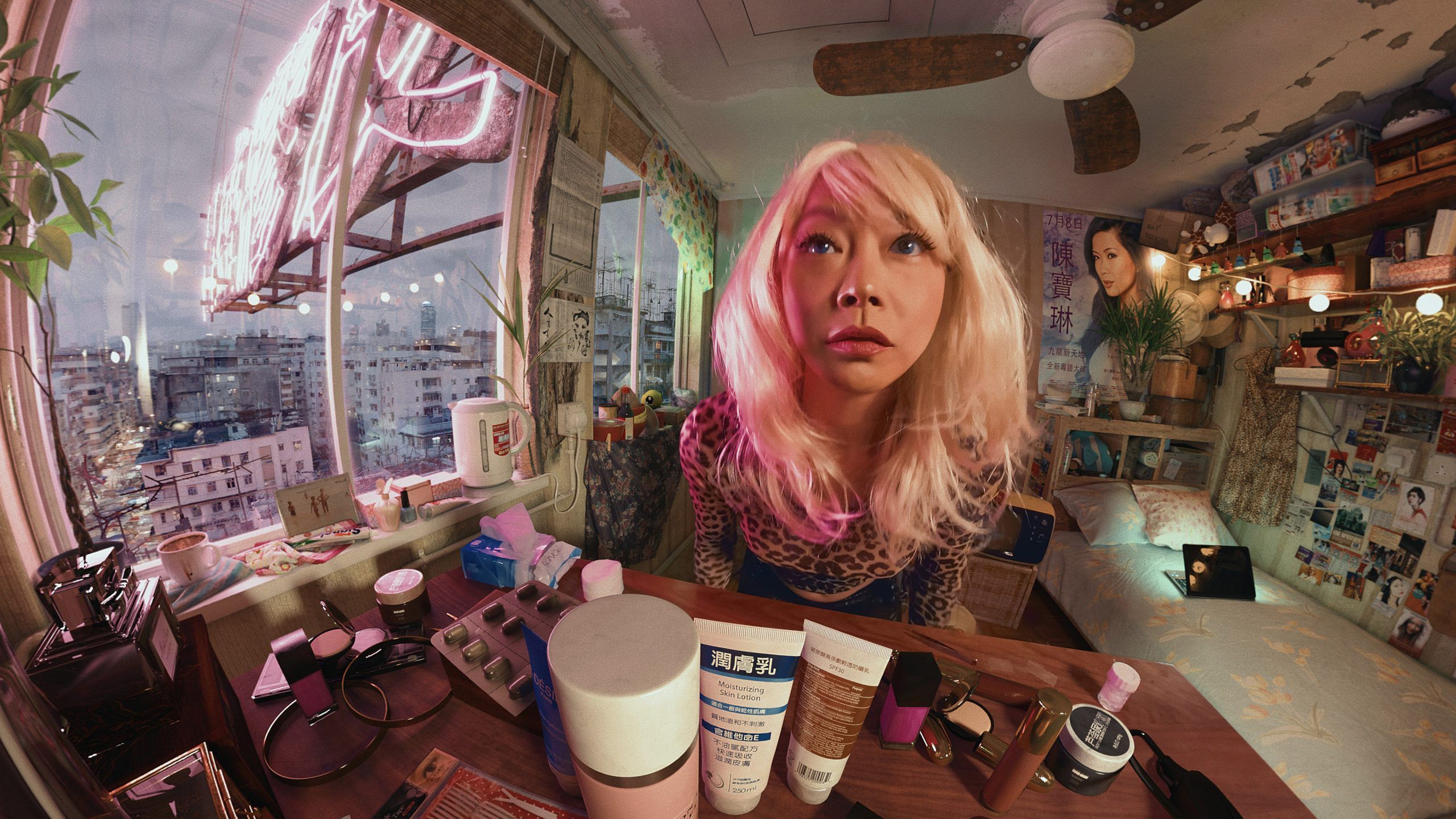 Comic acts, ballet, pop gigs and female-led activism abound this month in Hong Kong. Whether you’re looking forward to Cavalleria Rusticana, or the Chainsmokers, August’s remaining calendar days are sure to be full of exciting plans. Here’s our pick for the best things to do in Hong Kong this August.

The highly anticipated Women’s Festival returns for its second edition at Eaton HK, bringing ten days of events celebrating individuality and female empowerment. Hosted by Reel Women — a Hong Kong female film festival — and intimate lifestyle store Sally Coco, events are as cultural as they are practical and fun. With special guests ranging from sex therapists to divorce lawyers, the programme of seminars and workshops cover topics from financial health to fertility; aesthetic surgery and beauty to self-expression and confidence.

When: 21 August
Price: HK$ HK$588–1,088 from HK Ticketing
This show brings The Daily Show host Trevor Noah to Hong Kong — known for his stand-up roots and cutting hilarity when it comes to recounting current events. While official tickets are sold out, if you’re a huge fan of the South African funny man, you can still pick up re-sell tickets — at a significant price jump of course (we’re seeing tickets priced at least double the original value).
Grand Hall, Hong Kong Convention and Exhibition Centre, 1 Expo Drive, Wan Chai, Hong Kong

Opera Hong Kong is bringing a semi-staged double bill of two single-act opera masterpieces to the Hong Kong stage: ‘Cavalleria Rusticana’ and ‘Pagliacci’. ‘Cavalleria Rusticana’ is a turbulent story rife with betrayal and bitter revenge. Set in Sicily on an Easter morning, Santuzza contends with her lover Turridu’s infidelity, which soon results in a fatal duel between Turridu and his mistress’ husband. ‘Pagliacci,’ which translates to ‘Clowns’, is a play within a play that ends up with an equally bloody fate. Inspired in part by ‘Cavalleria Rusticana,’ the opera is also based on a real murder case from the late 19th century, where an affair within a traveling drama troupe ends in violence. Set to be a thrilling edge-of-your-seat programming for all kinds of opera fiends.

Grammy-sweepers and Billboard chart-toppers The Chainsmokers are once again here in Hong Kong, as part of their seven-stop World War Joy Asia tour — and while maintaining their Wynn Nightlife Residency in Las Vegas to boot. It’s not just ‘Closer’ — the duo’s de facto summer anthem featuring Halsey (who descends on the Clockenflap stage later this year in Hong Kong). The Chainsmokers are also behind some of the biggest breakthrough songs in recent years, with multi-platinum hits including ‘Roses,’ ‘Bouquet’, and ‘Don’t Let me Down’, as well as their latest 2018 smash hit ‘Something Just Like This’ featuring Coldplay, which won the group a 2018 Grammy nomination. Get practicing by hearing their tunes, and get ready to chant along with fellow screaming fans.

Celebrating the esteemed 40th anniversary of the Hong Kong Ballet, the new season kicks off with the Asian premiere of Septime Webre’s Peter Pan. It’s a fresh and energetic take on the old J.M. Barrie classic — transporting you to a world of pirates, native Indians, crocodiles and a gang of boys who don’t want to grow up. It’s already shaping up to be the most popular production in the 2019/20 subscription season, with a majority of tickets already snapped up.

The production will be staged at the Hong Kong Cultural Centre at 16–18 August, and at Sha Tin Town Hall during 23–25 August. The cast of Peter Pan will also be taking over Lee Gardens in Causeway Bay to give Hongkongers an exclusive behind-the-scenes experience of the production: catch the ballet exhibition through 31 August; as well as a sensational public performance at Hysan Place on 31 August, 4pm.

An Eclectic Sense of Tom Dixon

When: 23 August–1 September
As Tom Dixon’s Coal Office becomes a multi-sensory lab in September focusing on sights, sounds, smells, textures and flavours, Hong Kong’s own Tom Dixon flagship also pays homage to the senses this month by introducing its new family of scents, ‘Eclectic’. A new pop-up lounge is dedicated to the sense of smell, filling the air with new Eclectic diffusers as guests explore the range of soaps, lotions, oils and candles. Shop HK$800 worth of the new bath and body range and you’ll get treated to a marble art manicure.
Tom Dixon, 52 Hollywood Road, Central, Hong Kong, +852 2882 2068

There’s VR gaming, but now you can delve as deeply as possible into the world through the silver screen with Osage Hong Kong’s world premiere of Alexey Marfin’s virtual reality film, ‘Kowloon Forest’ set right in Hong Kong. In contrast to VR films that place the viewer in expansive environments, ‘Kowloon Forest’ puts you up close and personal with the protagonists during moments of intimacy across all walks of life — from a Hong Kong musician to a Filipina domestic worker to a South Indian astrologer to Chinese businessman.

Marfin drew inspiration for the film from when he lived in the infamous Chungking Mansions when he first arrived in Hong Kong, as well as doing laundry on the rooftops of congested Sham Shui Po. Tours are available every Tuesday, Wednesday and Saturday from 11am–5pm, with a maximum of 15 people per tour, so register quick! More details here.

When: 25 August
Price: HK$338 per person
Celebrate the literal dog day of summer as Ovolo Southside throws a ‘pawty’ in honour of International Dog Day. From noon until 3pm, Ovolo Southside’s regular rooftop brunch at Komune gets a fluffy twist, featuring a pup-friendly event. Each dog can enjoy a BYOB (build your own doggy bowl) plus a complimentary Puppy Colada or Watermelon Julep ‘dogtail’ so pets can enjoy a liquid brunch together with their humans. Puppy parents can soak up the laid-back vibes overlooking Wong Chuk Hang with one of Komune’s signature cocktails in hand. Jonesing for some puppy cuddles without a pup of your own? Head to any of Ovolo’s properties around town on Monday 26 August, where friendly canine hotel ambassadors are stationed.

When: 30–31 August
Price: HK$120–280 from Urbtix
Founded 55 years ago, the Hong Kong Ballet Group is a non-profit arts organisation founded by a group of local ballet teachers as a platform to nurture young local talent. Celebrating its momentous anniversary, the group is performing ‘La Sylphide’ — one of the most romantic productions in the ballet canon. Directed by Vivi Flindt, former Principal Dancer and Ballet Mistress of the Royal Danish Ballet, the production features over 150 local ballet students aged six to 22 years old. The performance is followed by a fundraising gala dinner on 1 September.

Fans of crooning vocals and soulful melodies will want to keep their evening open for Jordan Rakei — one of the most hotly tipped talents emerging out of Australia in recent years. The New Zealand-native was put on the map ever since his collaborations with fellow young talents Tom Misch and Disclosure, and has an exceeding online following for his timeless sound. With over 100 million Spotify streams and voted the number two Album of the Year at the venerated Gilles Peterson’s Worldwide Awards, Rakei is making his rounds at major festivals and gigs around the globe.

HK Ballet The Chainsmokers Women's Festival Trevor Noah Opera HK
Evelyn Lok
Managing Editor
When not trying out the latest beauty and wellness trends, Evelyn is likely enjoying a perfectly balanced negroni or exploring some of Hong Kong's best new places to eat and drink. At Lifestyle Asia she covers everything from the biggest events in town to interviews with Hong Kong specialists, with topics spanning art, food and drink, health, tech, and travel.
Beauty Wellness Events Art Drinks
Sign up for our newsletters to have the latest stories delivered straight to your inbox every week.