What to do in Hong Kong this March

Between Art Basel, Art Central, and the ongoing Hong Kong Arts Festival, March — otherwise known as Hong Kong Arts Month — is the peak time of year for culture vultures. But that’s not all that’s going on: It turns out there’s still more to mark down in your diaries this month. The next 30 days are packed with activities, whether you’re determined to make the most of this month’s arts calendar, want to catch a one-night-only concert, or are looking for the chance to sample some exquisite tipples. Check out all our best picks for the month below. 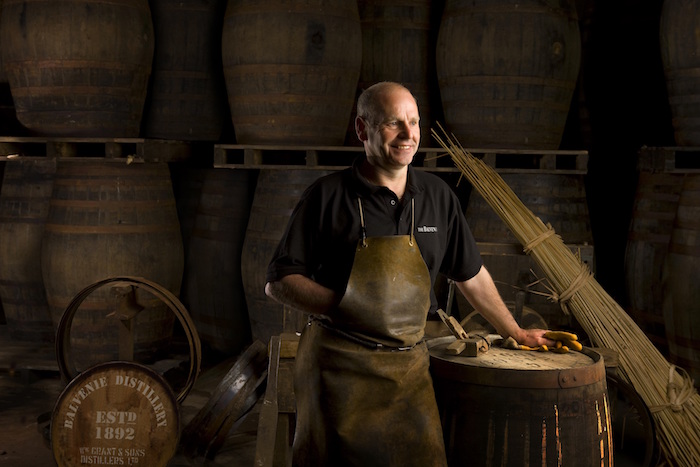 Returning for its second year at the InterContinental Grand Stanford Hotel, the Hong Kong Whisky Festival will feature more than 400 whisky expressions from 110 brands for you to sip and sample. This year, there’s also the chance to explore what whiskies come from unusual places like Taiwan, Germany, Sweden and India. 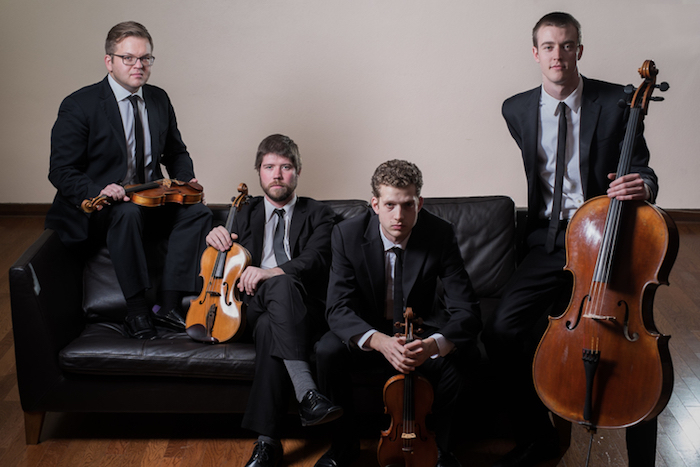 Spearheaded by conductor and composer Bright Sheng, the annual Intimacy of Creativity is an event bringing together musicians and composers in an effort to close the gap between writing and performing music. Each edition sees selected composers in conversation with performers, HKUST students and faculty, as well as the public on how best to portray each piece they submit.

For 2017’s season, the pieces are inspired by the work and influence of legendary conductor, composer and pianist Leonard Bernstein. To fold in a more contemporary element, this season will also introduce the new Contemporary Song Festival section, which is presented in collaboration with the New York Festival of Song and Asia Society Hong Kong. This culminates in a concert titled “Arias and Barcarolles” on 5 March at Asia Society Hong Kong, as well as the Instrumental Chamber Music Festival World Premiere Concert at the Hong Kong City Hall Theatre on 23 April.

Tickets are HK$300, available from asiasociety.org/hong-kong for the IC2017 Contemporary Song Festival, or from urbtix.hk for the IC2017 Chamber Music Festival. More info here. 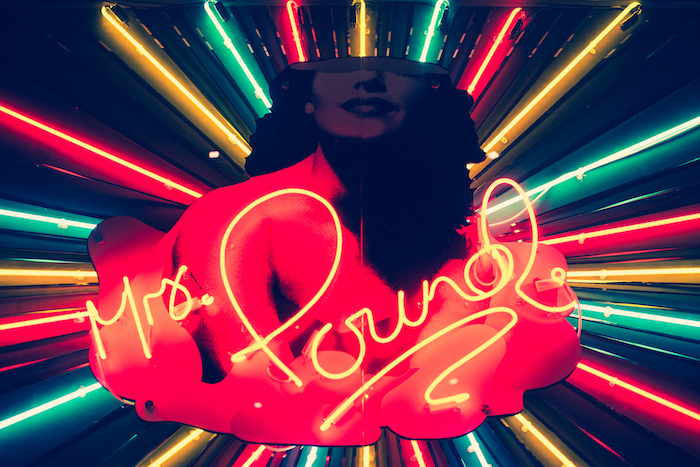 Sheung Wan speakeasy Mrs. Pound and Benefit Cosmetics are joining forces to celebrate International Women’s Day — because nothing says powerful ladies more than expertly done brows and a good cocktail in hand, of course. Ladies will be able to redeem one free drink, and eyebrow waxing and makeup stations will be set up on the night for you to achieve your best arches. The first 50 ladies who arrive to the event will also receive a Benefit goodie bag worth over HK$250. RSVP to the event here. 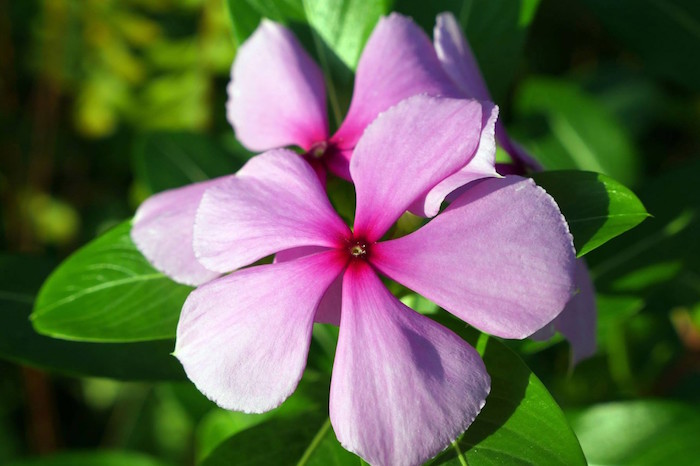 Floriculture fiends, take note: The city’s biggest flower event arrives this March at Victoria Park. Themed “Blossoms of Love” this year, the spotlight will be on the rose to express Hong Kong as a beautiful city of love and romance — with plenty of lighting and 3D effects to enhance the sentiment, too. Also look out for a special garden exhibit dedicated to West Kowloon Cultural District, in whichfragrant herbs and vibrant blooms will reflect the development of the cultural venues there, such as the art park, the Xiqu centre, Freespace and the M+ building to come. 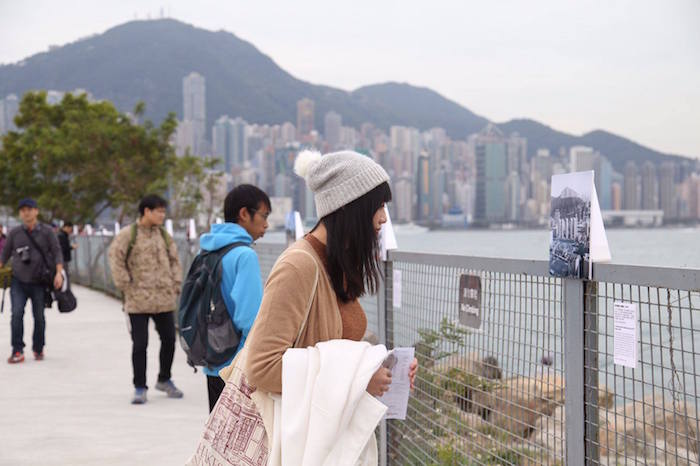 Closing this season of monthly Freespace Happening events, the final event will see West Kowloon once again filled with live indie bands and arts and crafts markets at the picturesque Nursery Park. Visitors are encouraged to stay overnight, with stargazing and storytelling workshops as well as family-friendly games for all overnight campers. There’s also a dog-friendly section for those who want to spend the weekend outdoors with their pups. Admission is free, but registration may be required for workshops. 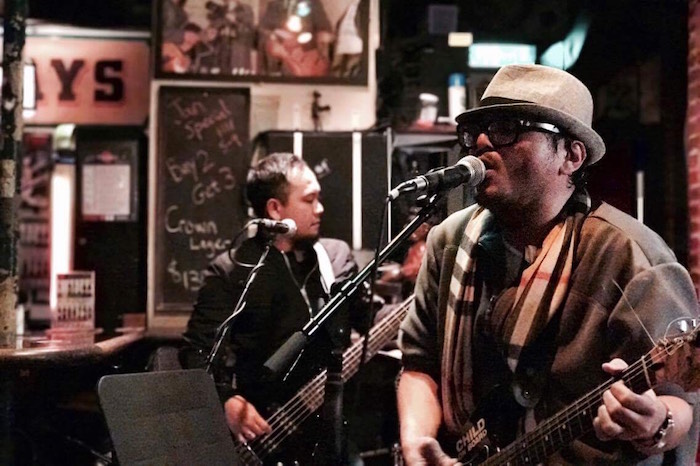 Proving that Hong Kong’s indie-music scene never rests, The Underground is about to launch a new series of gigs at a new home, Sheung Wan’s Morrison Café & Bar. Titled Underground Rustic, the new foot-stompin’ series will be one to watch for fans of folk and country. Debuting this month on 11 March, Ronnie Lynn will be kicking off the night with her sweet vocals — catch her before she makes it big with the release of her upcoming EP. Acts to follow include rock band Time Though and country-blues quartet William Elvin & the Circus Tour (pictured above), before the evening rounds off with campfire sounds by troubadour Ziad Samman.

Morrison Cafe & Bar, ​​284 Queens Road Central, Sheung Wan, Hong Kong. Tickets are HK$110, available at the venue or from undergroundhk.com; HK$150 at the door. Both include one drink. 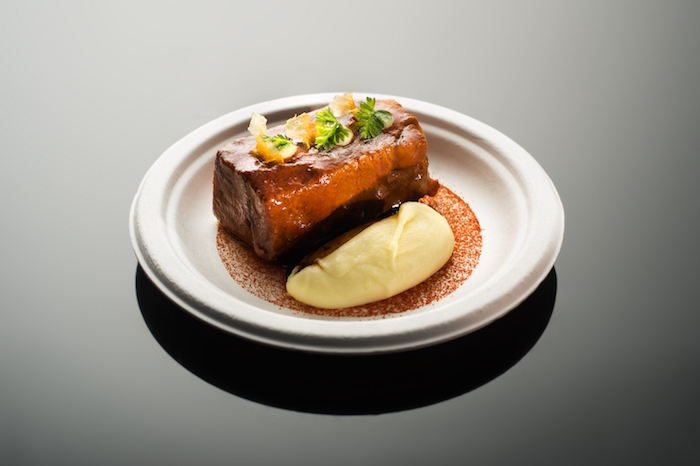 For one weekend in March, Central Harbourfront is set to be the best place to eat in Hong Kong, as the biggest gastronomy festival of the year, Taste of Hong Kong,  returns after its wildly successful debut last year. More than 50 signature dishes (including some festival-exclusives) will be on offer from Hong Kong’s most distinguished restaurants, including Amber, Kaum at Potato Head, Mercato, Okra, Rhoda, Tin Lung Heen and plenty more. Between savouring delicious bites and sipping bubbly by Laurent-Perrier, there’s also a gourmet market with more than 60 vendors who will be introducing a range of goodies, from fine wines to produce, craft chocolates to kitchenware. 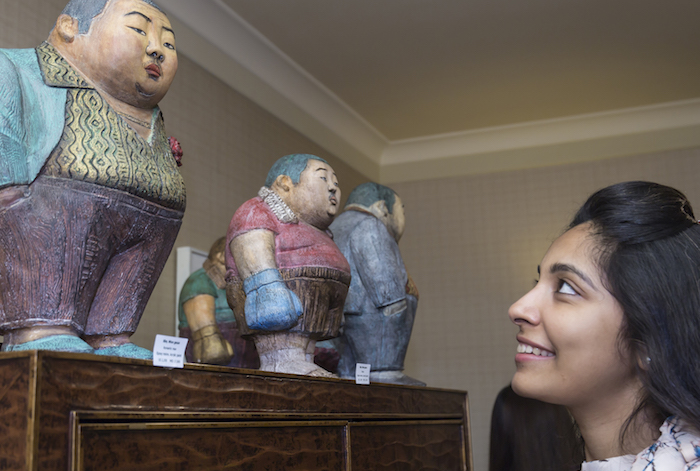 The spring edition of ACAS returns to the Conrad this March, so get ready for four floors of rooms filled to the brim with art from emerging and established regional artists. Advance tickets admit two for one, otherwise they need to be separately purchased at the door. 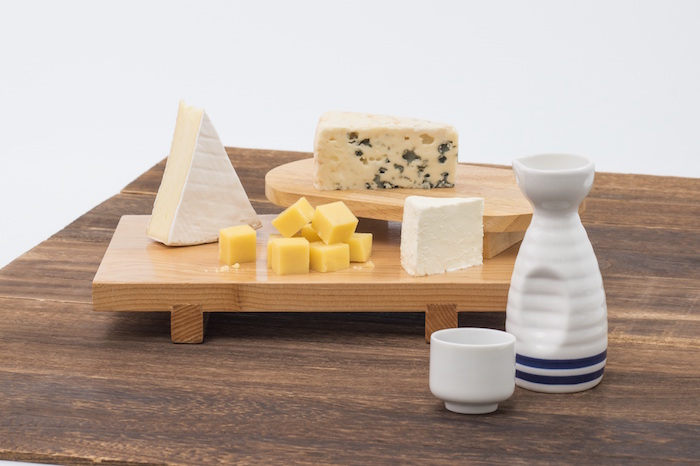 Sake lovers can get their fix at City’super’s annual Sake Festival — now in its 18th edition. Aside from being able to sample and buy from a selection of 150 kinds of sake from all across Japan, workshops and pairing dinners will also be held as part of the programme. A Huaiyang cuisine and sake-pairing dinner will take place at Wan Chai’s Empire City Huaiyang on 10 March. If you’re looking to learn more about drinking the rice wine, check out the workshop on the 12th, teaching you to appreciate sake at different temperatures, and another on the 18th, which is an unusual cheese and sake pairing class. 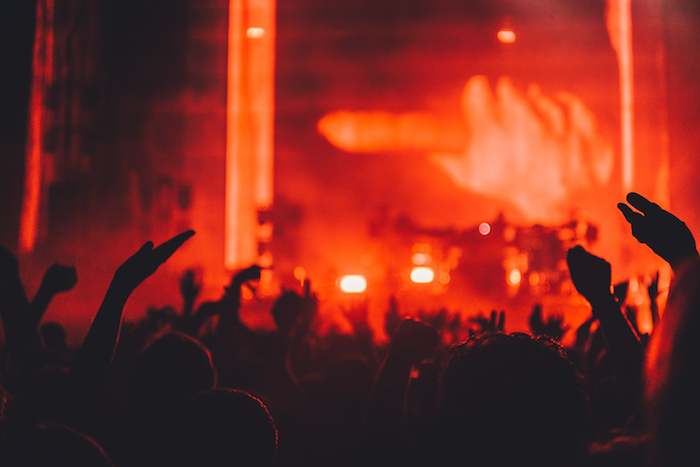 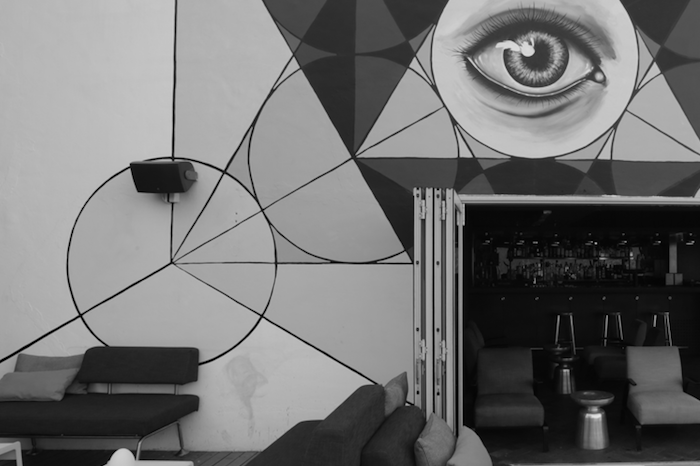 Before the outdoor indie-music festival returns in May, you can get a taster of what international and Hong Kong DJ acts have to offer at Ovolo Southside hotel this March. Organised by FuFu Creative Agency, this is set to be an electrifying party, equipped with a top-of-the-line Funktion One sound system. The hotel will be split into two stages: One at rooftop bar Above, and one at events warehouse space G.I.G.

Tickets start at HK$300 from ticketflap.com/shifumiz-march. 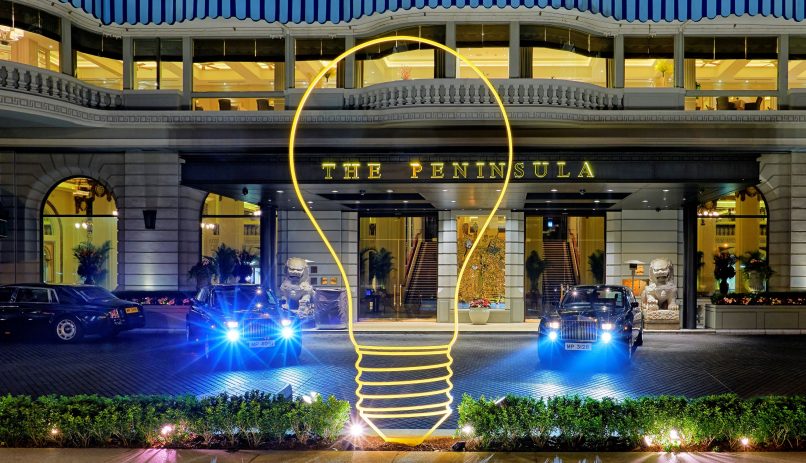 Collaborating with the Royal Academy of Art for the third year in a row, this month The Pen celebrates art by commissioning a piece by none other than the Godfather of Brit art, Sir Michael Craig-Martin RA for the hotel’s “Love Art at The Peninsula” programme. Best known for his 1973 work An Oak Tree, which was essentially a plain glass of water displayed and challenged to be perceived as an oak tree, Craig-Martin has continued his work with everyday objects — drawing them (and then creating sculptures based on those drawings) in a minimalist yet vivid style that is distinctly his own. At The Pen, the artist will be installing a site-specific piece, Bright Idea, depicting a 4-metre-high lightbulb that towers over the hotel’s fountain and will remain on display until 31 May. For avid fans of his work, don’t miss the artist’s talk on 20 March at the University of Hong Kong’s Lee Shau Kee Theatre, where Craig-Martin will be speaking with Tim Marlow, the RAA’s artistic director, about his groundbreaking career. 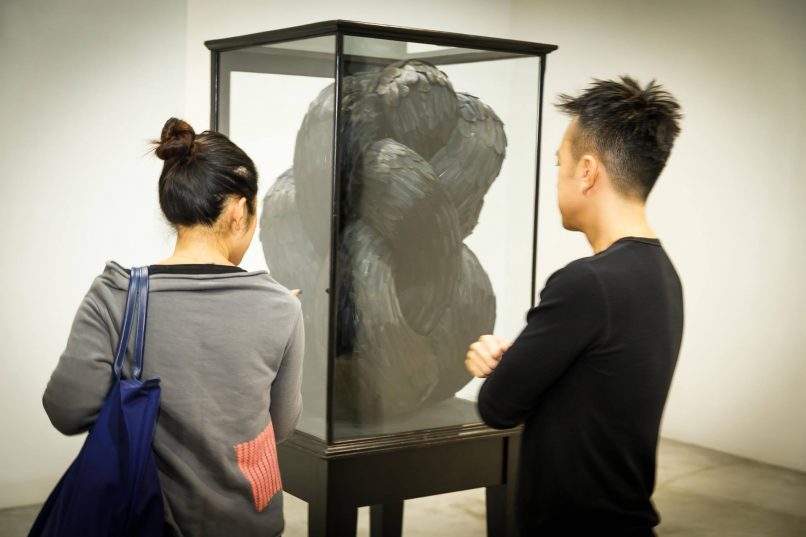 Every year come Arts Month, the Hong Kong Art Gallery Association opens up its member galleries for an evening of extended hours where you get to sip wine, appreciate art, and chance upon some special events, performances and cocktail receptions — with a few artists likely present as well. See the full list of participating galleries and more info here.

Hong Kong’s in the presence of jazz elite this month as the 22-Grammy-Award-winning American pianist Chick Corea brings us a touch of jazz fusion with his band. Known collectively as the Chick Corea Elektric Band, the group comprises drummer Dave Weckl, guitarist Frank Gambale, saxophonist Eric Marienthal, and, returning to the band just last year in time to celebrate its 30th anniversary, bassist John Patitucci. 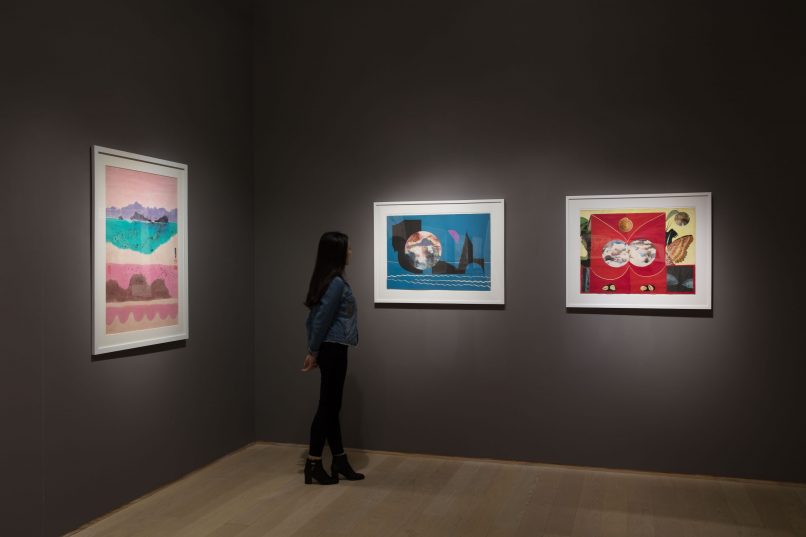 As part of Hanart TZ Gallery’s fantastic two-part retrospective exhibition of one of Hong Kong’s greatest modern art luminaries, Luis Chan — part one is the landscape exhibition through 11 March, and part two includes figural works from 17 March–13 April) — the gallery is also hosting an exclusive evening of jazz. It’s part of the Art Basel Hong Kong VIP programme, but it’s open to the public. Go for the swoon-worthy tunes, stay for Luis Chan’s masterpieces. 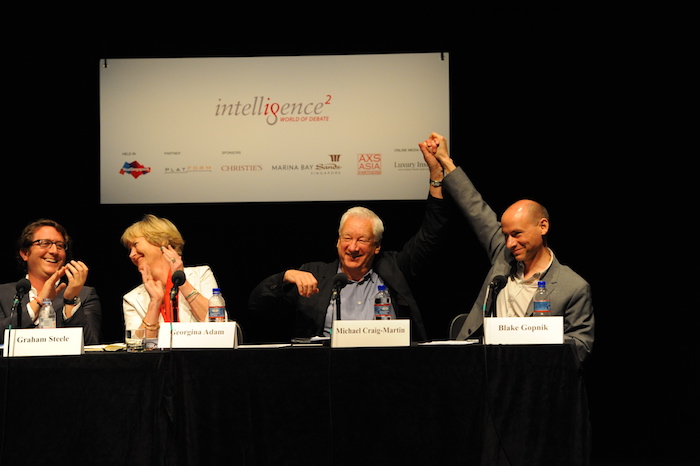 Every year, held alongside Art Basel Hong Kong is a thought-provoking debate by Intelligence Squared Asia, which was founded in 2009 to instigate forums of political, economic and cultural debate. This year’s topic: “Social Media is Killing Art”. Speakers will be exploring ideas of the consumption of art online, unjustifiable acclaim or criticism after a piece goes viral, and the idea that we should fully embrace the internet as the art medium and essential commercial tool of today’s art market.

Board an Art Tram 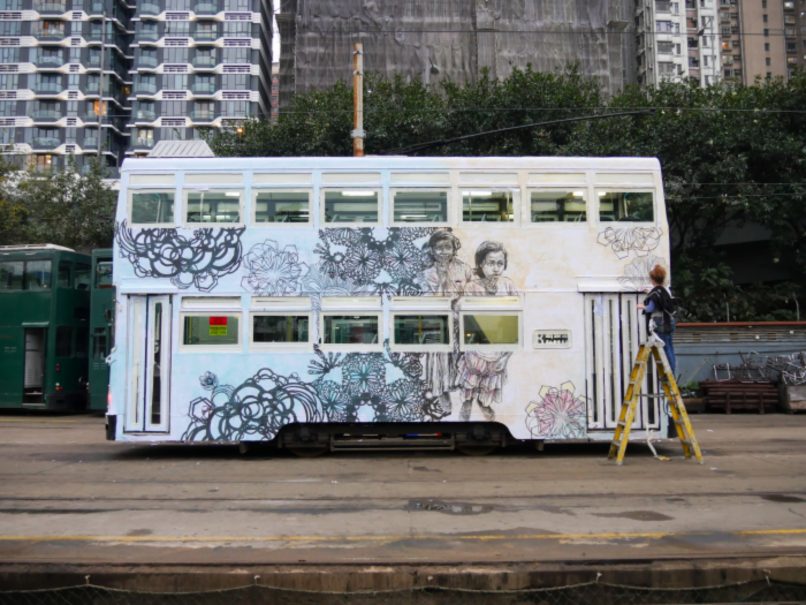 When: All month long

What better way to showcase public art than on one of the moving symbols of Hong Kong’s long heritage — the humble tram? During this exciting month we’re getting not one, but two sets of trams transformed into places for art and introspection. Thanks to the city-wide street art festival HK Walls which continues for the whole month, one tram has already been painted by New York artist Swoon, who continues his portraiture style to depict people of the city. Two other trams have been built into moving installations by Hong Kong artist Kingsley Ng, meant to explore the idea of time travel and the mediation between contrasting ideas.

Art Culture Music Live Music Taste of Hong Kong Arts & Culture what to do in hong kong arts events cultural events hong kong taste of hong kong 2017
Evelyn Lok
Managing Editor
When not trying out the latest beauty and wellness trends, Evelyn is likely enjoying a perfectly balanced negroni or exploring some of Hong Kong's best new places to eat and drink. At Lifestyle Asia she covers everything from the biggest events in town to interviews with Hong Kong specialists, with topics spanning art, food and drink, health, tech, and travel.
Beauty Wellness Events Art Drinks