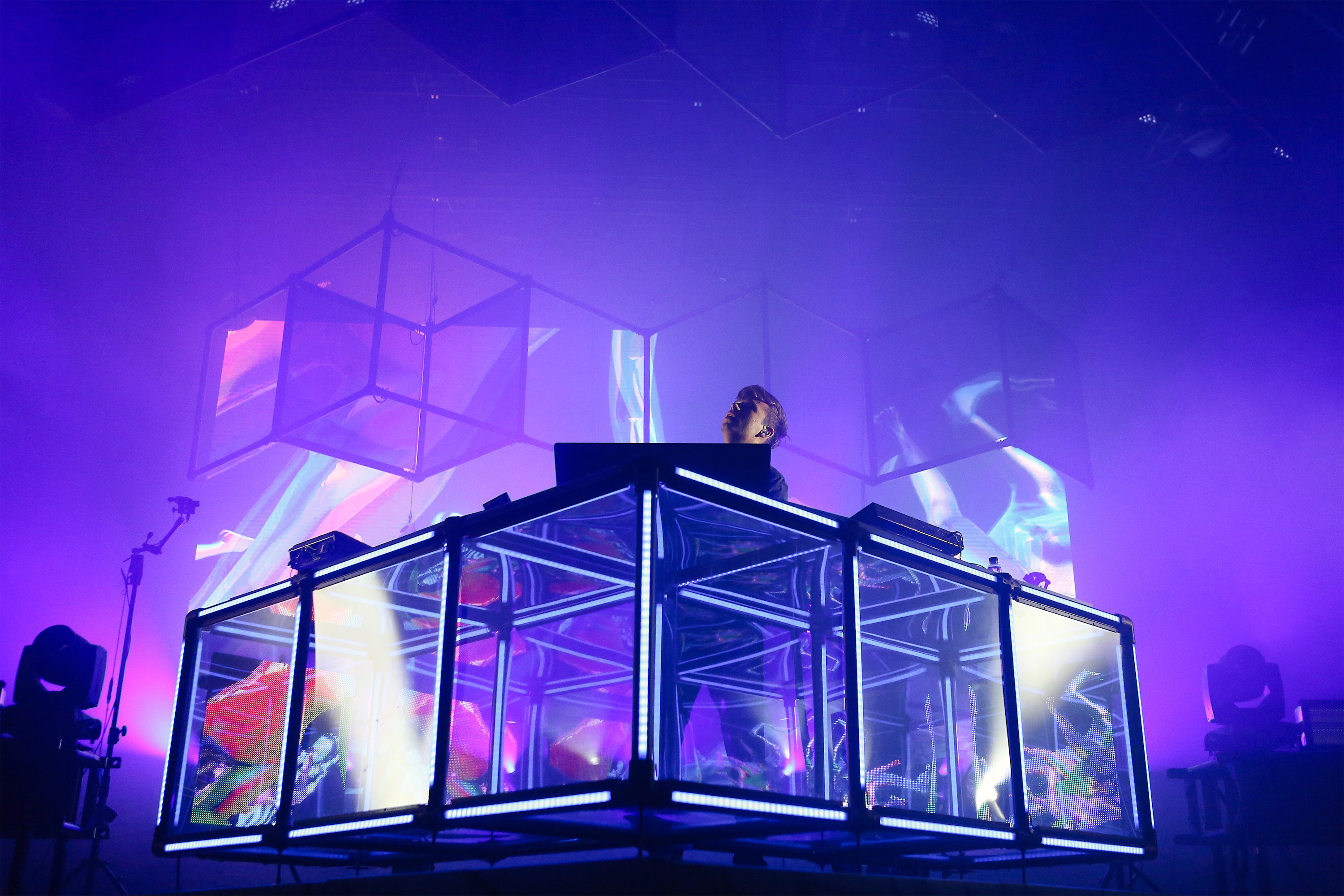 What to do in Hong Kong this April

The madness of March’s art-heavy calendar is becoming a distant memory, spring has sprung, and now April is here with an eclectic bunch of events to fill up your diary. From Hong Kong’s most anticipated annual film festival to a world-famous electronic music festival to the ultimate obstacle race, here’s everything you don’t want to miss this month.

Forget April Fool’s Day: Barcelona’s famed electronic music festival is finally here after months of anticipation. Brought to Hong Kong by the folks behind Clockenflap, we can’t wait for the fantastic lineup, featuring electronic dance music pioneers such as DJ Shadow and Gilles Peterson, as well as up-and-coming acts like grime queen Lady Leshurr — and plenty of dizzying light effects.

The biggest annual film festival in Hong Kong is heading our way, featuring a lineup of more than 200 titles, and the roster is packed to the brim with cinematic gems (as usual). The festival opens with Love Off the Cuff, the third film in Pang Ho-cheung’s beloved Hong Kong rom-com series; it closes with Giddens Ko’s Mon Mon Mon Monsters, a black comedy exploring themes of friendship and the consequences of school violence that’s also a follow-up to his high school puppy-love drama, You Are the Apple of My Eye. There’s plenty of international must-sees as well, one in particular we’re excited for is the Hong Kong premiere of Loving: the inspiring story of Richard and Mildred Loving, the first interracial couple to break down US state laws barring interracial marriage.

Outside of the festival, it’s an amazing month for film nonetheless — be sure to catch the harrowing, but essential, Mad World (opened 30 March), starring Shawn Yue as a man recovering from bipolar disorder, as he reconciles with his estranged family.

Didn’t get the chance to pick up an art piece to your liking at Art Basel last month? Auction house Sotheby’s will presenting their spring sales in Hong Kong during the first five days of April, when you can bid on more than 3,500 exquisite lots of art, artefacts, watches and jewellery — including Andy Warhol’s famed Mao silkscreen, estimated to fetch HK$90–$120 million. Other highlights include curiosities such as an extremely rare Allosaurus dinosaur skull from the Jurassic period; Zhang Xiaogang’s Mother and Son No.1, part of his seminal Bloodlines series, and many more.

Antiquities enthusiasts will have been counting down the days for the fourth iteration of Asian Art Hong Kong: The week-long, city-wide celebration of traditional Asian arts and antiques returns with an extensive list of talks and tours, covering everything from Chinese lacquer crafts to a furniture masterclass to paper-making to antique and contemporary fashion.

If you’re planning in partaking of the annual Sevens madness, all we can say is we hope you have your costumes ready. This year’s Cathay Pacific/HSBC Hong Kong Sevens will feature stadium stalwarts Australia, Fiji, New Zealand, Samoa, and more. This year’s championship has also invited newcomers South Korea to fill the 16th team spot, while the Hong Kong team will be first up against Uganda on Friday. Even if you’re not celebrating the festivities at the stadium, be sure to download the official app to enjoy complimentary food and beverage deals at partner restaurants all around the city.

For those fascinated by the totalitarian regime of North Korea, you can hear stories first hand from Yeonmi Park, the woman who escaped from the regime in 2007 when she was just 13. Park will be in town for a few days for a handful of talks, on 4 April, 5 April and 6 April at various locations around town. If you haven’t read her memoir, In Order to Live: A North Korean Girl’s Journey to Freedom, perhaps this will give you the inspiration to do so.

Pure Yoga For All

Exactly as it says on the tin: Pure Yoga is hosting its monthly open yoga sessions — free for non-members — at assorted locations throughout the month. Check the website for the full details. Registration opens two days before the class, and you can sign up at any Pure Yoga location or by phone at +852 8129 2200.

Love wine? This is your gig. The first-ever Asian Wine Festival is hosted by none other than The Flying Winemaker, and it will offer you the chance to sip, swirl and learn about the top trailblazing wineries and varietals across Asia at the moment, including those from Japan, China, Israel and elsewhere across the continent. A gala dinner will be hosted on the 18th to kick off the event, with tickets open to the public.

For many of us, sprinting through a muddy obstacle course is probably the last thing we’d want to do on a Saturday. But for those looking for a real physical challenge, the Spartan Race is once again back in town to test your limits: A relatively short, 6-km sprint with 20–23 obstacles ranging from muddy paths to barbed wire to even jumping over fire. Don’t think you’re on par enough to take part? Spectator tickets are also available, so you can watch and learn from the pros.

Arts buffs can celebrate their joint admiration for the silver screen and some of the art and design world’s luminaries in The Metroplex’s arty curation of documentaries this month. Four offerings trace the stories of modern masters including Salvador Dalí, Yohji Yamamoto, David Lynch and Toshiro Mifune (the Japanese acteur who became the inspiration for Star Wars’ Obi Wan Kenobi). Tickets are already on sale.

Tickets are now on sale for two Broadway musicals coming to Hong Kong this summer: A modern take on Romeo & Juliet arrives in the form of West Side Story  (18 May–11 June), performed by an all-American cast. The company is directed by Joey McKneely, who trained under the original choreographer, Jerome Robbins. The music will be conducted and directed by Donald Chan, a stalwart under Leonard Bernstein who’s got more than 3,000 performances of West Side Story under his belt.

In September, the Tony Award-winning, show-stopping drag extravaganza Priscilla Queen of the Desert will be here to shake some glitter on things, from 29 September–15 October.