Home > Culture > Events > What to do in Hong Kong this July

What to do in Hong Kong this July

This month, the city is abuzz with celebrations for its 20th birthday, also known as the 20th anniversary of the Handover, with plenty of events honouring Hong Kong’s homegrown culture as well as the longstanding and new efforts to conserve local heritage. With that in mind, we’ve put together a list of the best ways to rediscover Hong Kong this month, learning a little more about the city and the people living in it through a host of cultural, art, music and heritage events. To celebrate the establishment of the Hong Kong SAR on the 1st of July, a street carnival will take place all along Hollywood Road — one of the earliest roads in Hong Kong — with happenings starting at PMQ and spreading through Hollywood Road from Aberdeen Street to Wyndham Street, as well as Sheung Wan’s Upper Lascar Row. There’ll be handicraft stalls, stalls selling traditional Hong Kong snacks, a cheongsam show, street performances, guided tours, workshops and exhibitions. You’ll also get to learn more about the revitalised historic buildings in the area.

Made in Hong Kong Street Carnival Another salute to Hong Kong’s unique culture takes place over the pond in Kowloon, at Lai Chi Kok’s design and food hub D2 Place. Organised by Lawsgroup partnering with major institutions such as the HKTDC, SPCA, Kowloon Bus, Star Ferry, G.O.D. and more, the Made in Hong Kong summer carnival will host 20-plus street stalls for games and Hong Kong’s most beloved snacks, as well as street performances and live tunes. On the roof of D2 Place Phase One, you’ll also find a neon sign exhibition, so be sure to head up top for the best Instagrammable snaps. Select carnival stalls will also remain through to the end of August for D2 Place’s Summer Festival. Indie rockers take note, it’s that time again for the yearly Planetrox competition — where independent bands from all over the world duke it out to perform at the Envol et Macadam alternative music festival in Quebec. This year, the votes are in for the China finals, where five Hong Kong bands are going head to head to be able to represent China at the festival and a chance to make it big on the international scene. Playing on the 7th of July in front of judges will be Carrier 帶菌者, NastyDudes, Something blue, Turing Apples and Wanchai Road (pictured above). Part of Pure Yoga’s #YogaForAll Community Classes, this month you’ll get to downward dog together with your best furry friend on the West Kowloon lawn, together with like-minded paw parents. The event is to support Hong Kong Dog Rescue, and suggested minimum donations of HK$100 will go towards their efforts in raising awareness about animal abuse and homeless dogs. No registration needed; just bring your own mat, water, and your pup (on a leash) for a sunny day of wellness by the harbour. 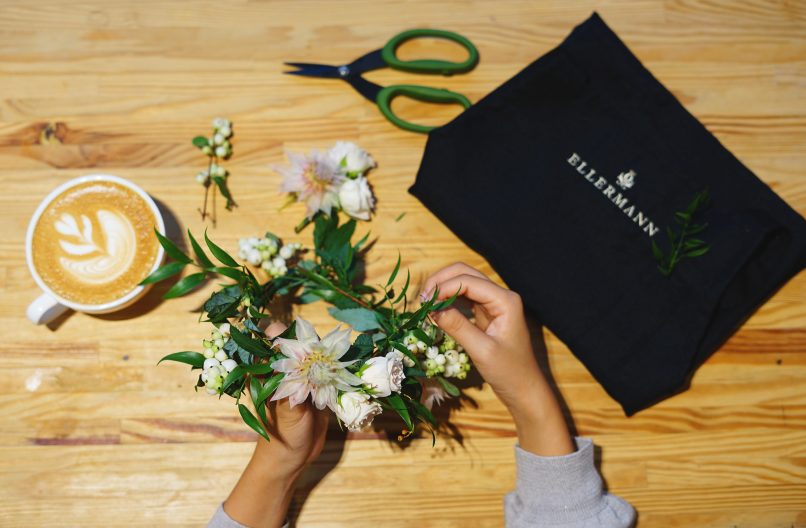 Put away the SnapChat filters and round up your girlfriends for this workshop hosted by Ellermann. You’ll learn to make a fanciful, real-life flower crown for a gorgeous summer accessory, which can make for a handy skill for brides-to-be or inspiration for spring-themed parties in the years to come. Admission to the class includes an Elephant Grounds brunch or afternoon high tea set with coffee. It’s that time of the year to stock up on your reading lists. The Hong Kong Book Fair returns for its 28th edition, this year with a major spotlight on Hong Kong travel writers, as well as promoting cultures from all over the world, with guest speakers from the UK, France and Spain. A ticket will also get you access to the inaugural Hong Kong Sports and Leisure Expo at the HKCEC Grand Hall, dedicated to trending sports, summer activities and athletic products. Story Party is an award-winning comedy production that has spread from its home in San Francisco to all around the globe including New York, Berlin, Belgrade, Prague and Bucharest. This month, it lands for one night only in Hong Kong. Everyone loves a good dating horror story, and during this fun-filled evening, you’ll be hearing the best of them from a dedicated roster of comedians and volunteers. The hour-long show, aside from promising plenty of laughs, drinks and maybe some hard truths, is also a chance for you to connect with fellow funny individuals. Bring a friend, or maybe make a few new ones by the end of the night. We could always do with brushing up on our cocktail shaking skills. Held at Cucina every last Thursday of the month, the Raise the Bar Monthly Mixology Masterclass is led by chief mixologist Maurice Bekouchi. With over 15 years of bar experience up his sleeve and many accolades for his creative cocktail-making, Bekouchi will be sharing tried and true techniques and his knowledge of spirits and liquors. You’ll start by making classics like Manhattans and Bloody Marys, but come out with the knowhow to create your own delicious concoctions — complete with a certificate at the end of it. The hour-long class also includes an Italian aperitivo spread and free-flow wine. Another way to celebrate the 20th anniversary of Hong Kong’s establishment is learning to appreciate the art of Chinese dance. In an effort to promote art diplomacy between Hong Kong and the mainland, the Shanghai Dance Theatre will be presenting the fantastical dance drama, Crested Ibises — often referred to as China’s Swan Lake. Debuted in 2014, it’s a story that carries a strong message of harmony, namely for humans to live in harmony together with nature. If you’ve played and excelled at an Escape the Room puzzle before, you’ll want to check out Glo Station in Causeway Bay. Claiming to be the world’s first hyper reality escape room experience, you’ll be strapping on helmets and VR goggles to gun down the undead, survive and escape the horror-filled Deadwood Mansion, and uncover the dark secrets within. Last but not least, unless you’ve been living under a rock for the past month, you’ll be aware that there are a number of world class pop concerts and shows coming to Hong Kong to round out the remainder of the year, including Ariana Grande (21 September), Ed Sheeran (4–5 November, sadly sold out already), UK comedian Michael McIntyre (27 November), Shawn Mendes (13 December), and of course, the biggest music festival of the year in Hong Kong, Clockenflap (17–19 November), which is now selling early bird discount tickets. Don’t say we didn’t remind you.