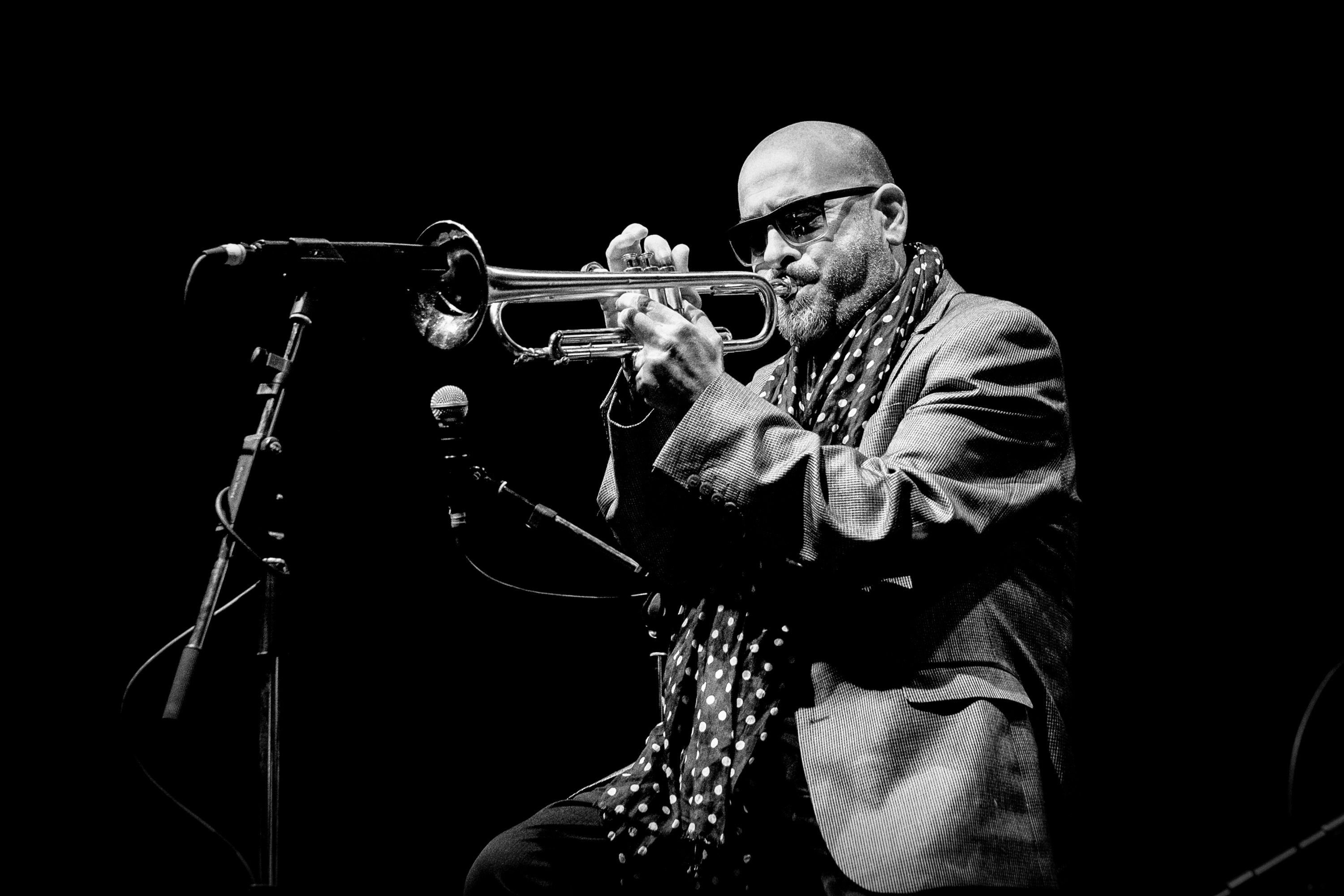 What to do in Hong Kong this May

This month, we have not one but three holidays, but don’t worry if you haven’t planned any trips, because there’s plenty to do in Hong Kong, from the Cheung Chau Bun Festival at the start of the month to the Dragon Boat Festival at the end of it. There’s plenty of pop-ups, shows and exhibitions in between as well, largely thanks to the annual month-long cultural festival Le French May. Now, get out your diary and get ready to plan with our top 10 picks of what to do in Hong Kong this May. 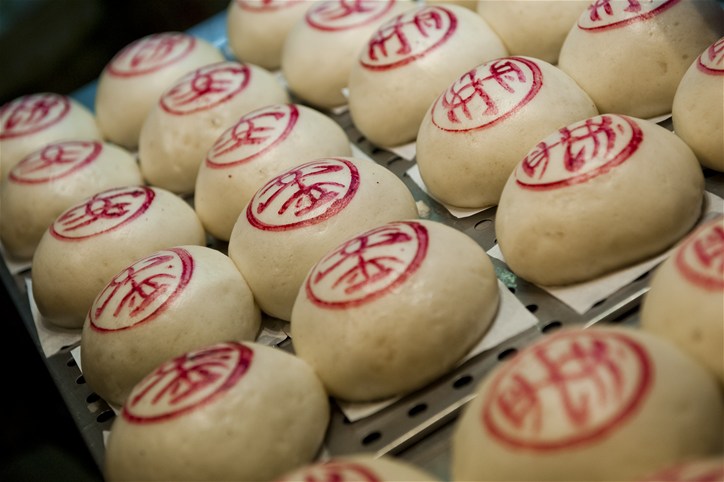 Cheung Chau’s got buns this month — thousands of them in fact — to kick off the bun-scrambling carnival that takes place next week on the island’s Pak Tai Temple Playground. For the uninitiated, every year Cheung Chau hosts a bun festival which originated as a Taoist ceremony coinciding with the Buddha’s Birthday, and was a way for our ancestors to pray to Pak Tai, the island’s patron God, for safety from pirates. These days, it’s a massive showcase of usually over 60,000 traditional steamed buns, which are stacked up on towers made of bamboo for a tower-climbing spectacle at the end of the occasion. Currently, the event space is home to stall games, handicraft workshops, as well as of course the highlight bun towers — where you might be able to catch a climbing demo or two. 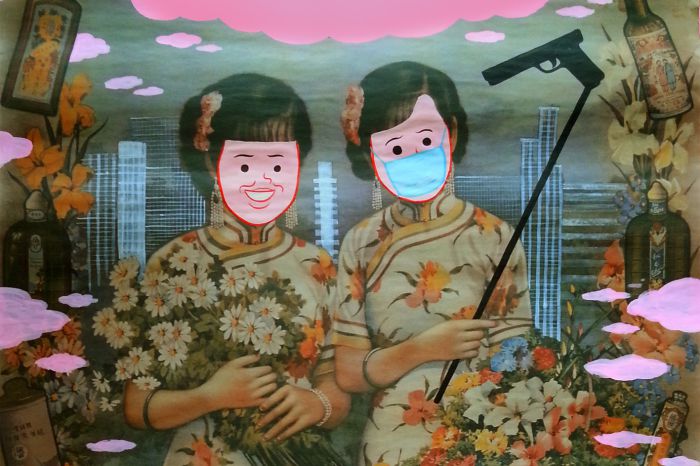 The king of pitch-black humour and dead-eyed smiles, Spanish illustrator Joan Cornellà, is back once again this year following a super crowded, sold-out exhibition last year. Spending a month here in January this year, Cornellà did a lot of observation to figure out what makes Hong Kong tick — and subsequently will tickle its underbelly with 38 brand new works shown at this exhibition. To avoid the overcrowding of last year, this year’s tickets are sold by time slots, so book yours early.

A Night with Iris Apfel 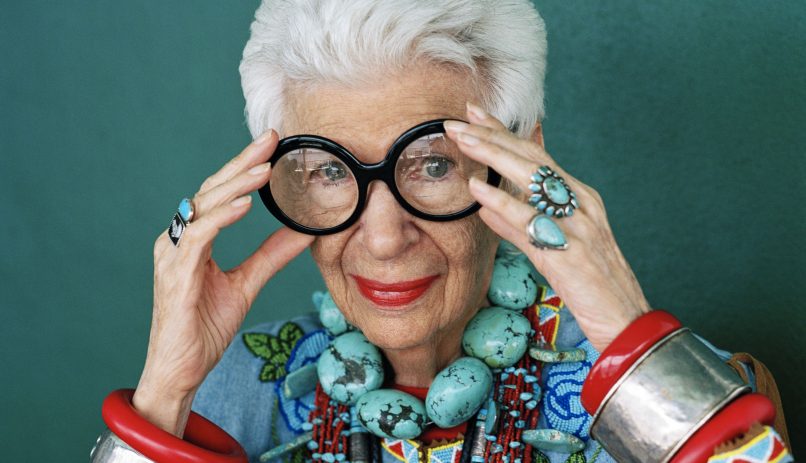 For all the diehard fashion geeks out there, chances are you’ve already caught wind of a visit from fashion royalty in Hong Kong: Iris Apfel, the stylish nonagenarian will be participating in a panel talk alongside Hong Kong and Chinese fashion designers and artists to discuss topics of originality, style and creativity. Register for the event here. At the same time, the Landmark Atrium will play host to pieces from Apfel’s personal style archive from 12–21 May.

Paris Ballet Legends: A Night with the Stars 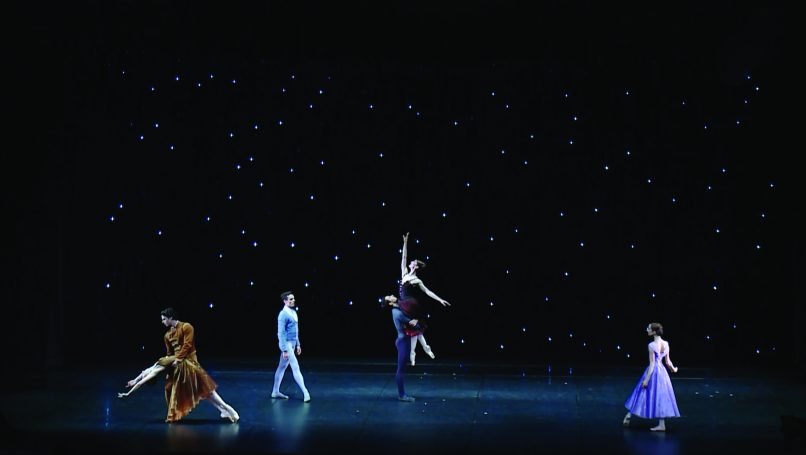 Etoiles from the venerable Paris Opera Ballet as well as Spanish National Dance Company, Berlin State Opera and the Hong Kong Ballet combine to dance legendary pieces set to glorious music celebrating the City of Lights itself — this performance is one not to be missed during this year’s Le French May. Expect flirtatious pas de deux and dramatic set pieces from stories ranging from Giselle to Black Swan to neo-ballet La dame aux Camelias, then rounded out by New York City ballet master Jerome Robbins’ In the Night set against Chopin’s Nocturnes, performed live. 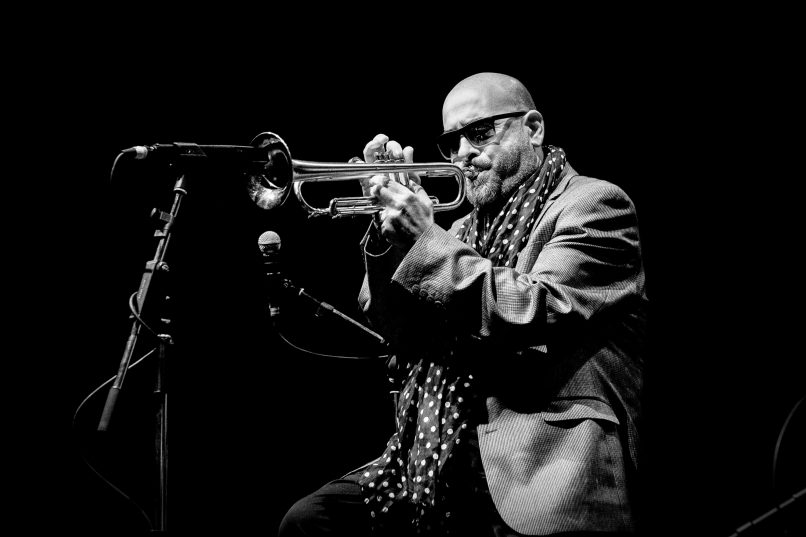 Le French May’s Live Jazz Series brings three jazz virtuosi to town to showcase and celebrate historic jazz greats. It starts with alto saxophonist Geraldine Laurent and her quartet performing “At Work,” (12 May) which is an album of the same name paying homage to jazz legends. On 13 May, jazz pianist Paul Lay will be dedicating his concert to Lady Day in “Billie Holiday, Passionately,” set against beautiful archive footage of Holiday edited by Olivier Garouste. The final night will be a tribute to Chet Baker by jazz trumpet player Stéphanne Belmondo, who met the legend and played together in Paris in the ’80s. 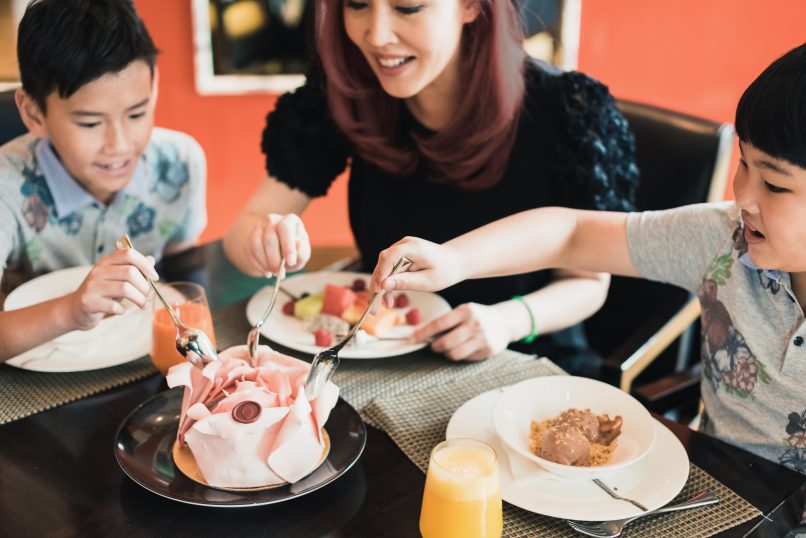 You can make mama proud in myriad ways this Mother’s Day, from showering her with gifts, pampering her and buying flowers, but of course nothing beats being able to sit down and have a great meal together. For a classy treat, bring mum to brunch at MOHK’s Clipper Lounge (HK$588 per head with free flow Ruinart champagne for HK$300), an always excellent choice for a little bit of everything.

For mamas with sweet tooths, COBO HOUSE by 2am:dessertbar is an obvious choice. It’s four-course menu is priced at HK$598 per head, and includes a Clarins Beauty Gift Box for mum.

Conversely, for the health conscious, the Restaurant by The Kinnet has bright and healthy brunch goodies such as ricotta pancakes and avocado eggs benedict. The menu only sets you back HK$300 per head, and includes one access to a group class at The Kinnet.

For the cool mums who want to enjoy some bubbly in the sun, head to Ovolo Southside’s Cirqle for a casual affair in Wong Chuk Hang (and some more free-flow rosé) for just HK$290 per adult and an additional HK$148 for free flow beverages. 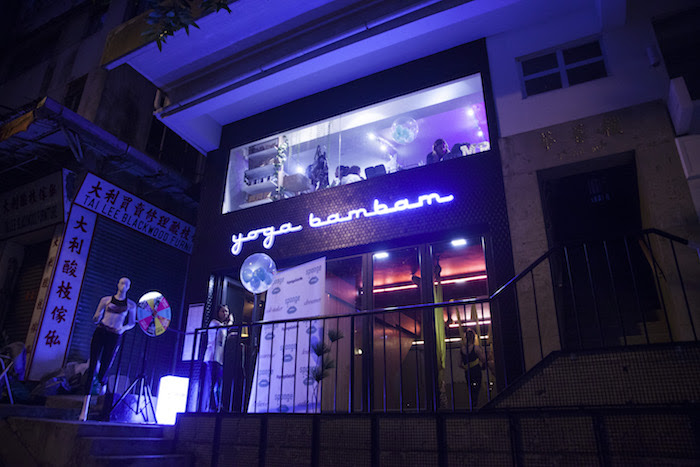 The e-tailer selling every fit girl’s favourite gear at the moment is holding a three-month pop-up in Sheung Wan. Aside from being able to shop from their gorgeous ranges of print sports bras and leggings and try them out in-store, you can also try healthy snacks from Coco Paradise, which is sharing the pop-up space. Come May, the brand is launching a brand new Unicorn Collection designed by guest artists. As well, on the 6th of May you can drop in for Saturday Brunch Club, which will include a la carte brunch, and a chance to check out new brand INVISII — the world’s first underwear made for fitness. 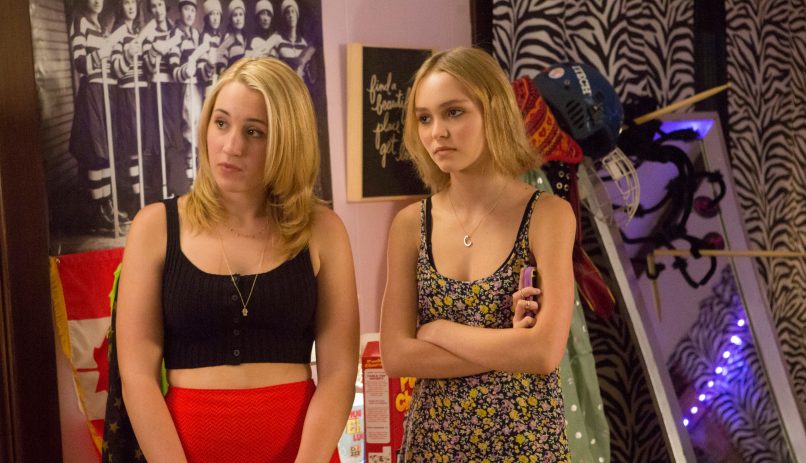 Gearing up for the main party that is the Sundance Film Festival: Hong Kong this September, The Metroplex and the Sundance Institute are teaming up to showcase independent movies every Friday night through to 11 August. Films chosen were all selected from the Midnight section of the principal film festival held in Utah earlier this year — a category filled with peculiar and bone-tingling story premises. The four films, screened on rotation, include The Greasy Strangler — pinned the most disgusting movie of 2016 by Rolling Stone; Under the Shadow, which was UK’s entry for the Oscars’ Best Foreign Film category; The Blackout Experiments, about the world’s most hardcore haunted house in Los Angeles; and Yoga Hosers, a film by cult classic Clerks director Kevin Smith, who made his return to Sundance this year. 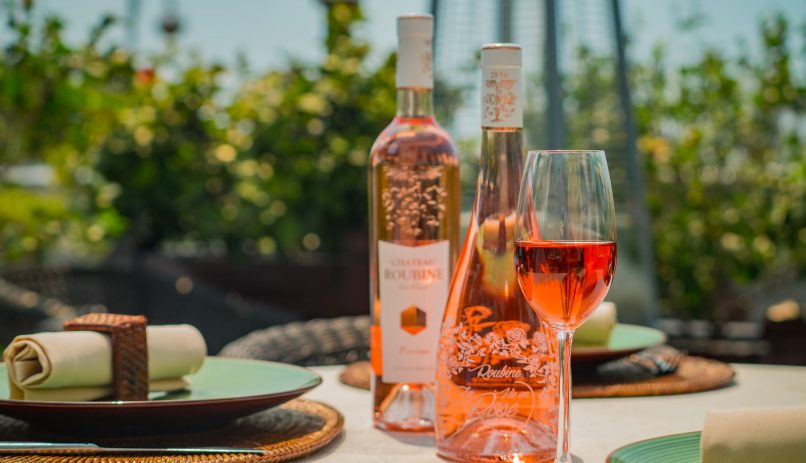 ‘Tis the season to drink pink, and appropriately, the Asia-wide rosé festival hosted by The Flying Winemaker returns this summer for its seventh iteration, with a slew of events across Singapore, Tokyo and Hong Kong. On 25 May, the Rosé Revolution kicks off with a premium rosé pairing dinner at Fofo by el Willy for HK$888. On the 27th, head to The Repulse Bay hotel to sample and sip from a selection of more than 30 world class rosés. VIPs seated at The Verandah will get to sip a Pont des Arts’ 2016 limited edition from a collaborative collection with Spanish artist Miquel Barceló. 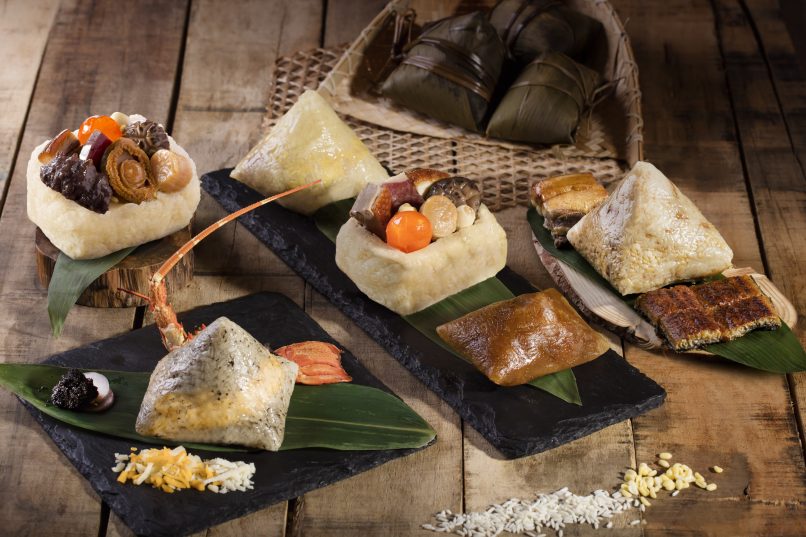 As dragon boat season rolls to a close, it’s finally that time of year to eat some zong. If you don’t have time to make them from scratch, good news, you have two choices: You can start pre-ordering your Dragon Boat Festival dumplings now; more delectable promotions should be popping up soon, but for now, the Royal Plaza Hotel has got traditional and more fusion tastes available, so whether if you enjoy premium abalone and sea cucumber in your zong, sakura prawns, Kurobuta pork and Japanese grilled eel, or just the humble pork and conpoy variety, you can pre-order them from the hotel, with a starting price of just HK$90 each. Order before the 24th for a discounted rate.

If you’re looking to learn to make rice dumplings from scratch, there’s nowhere else better to learn than at two-Michelin-starred Yan Toh Heen at the InterContinental Hong Kong. As part of the hotel’s Cooking with the Culinary Stars series, you can learn to make sweetened glutinous rice dumplings from executive chef Lau Yiu-fai on the 27th of May, and receive a book of recipes, an apron, and an official certificate from the chef himself.

As for where to watch the dragon boat races? For more serious spectators, they can catch the races at Stanley Main Beach on the 30th of May — Dragon Boat Festival day itself. If you happen to miss it, you can still catch the revelry at the Carnival hosted at Central Harbourfront in the weekend on 2–4 June, complete with game tents and lots of beer along the promenade. 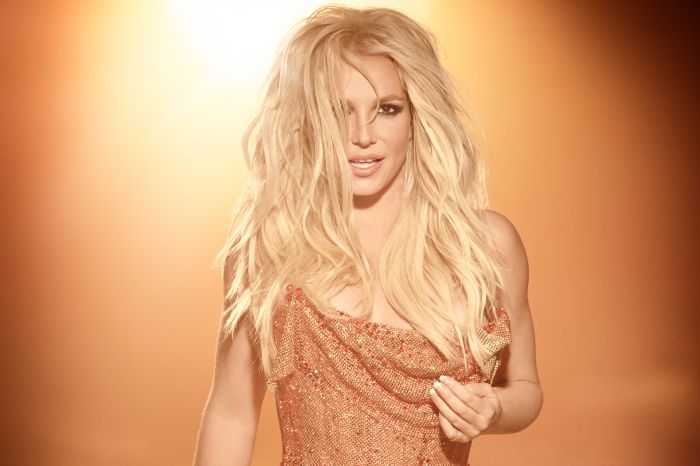 The news exploded earlier in April that, yes, the princess of pop is back: Britney Spears will be headlining AsiaWorld-Expo on the 27th of June. You should have gotten your tickets, like, two weeks ago, but here’s the info again just in case: