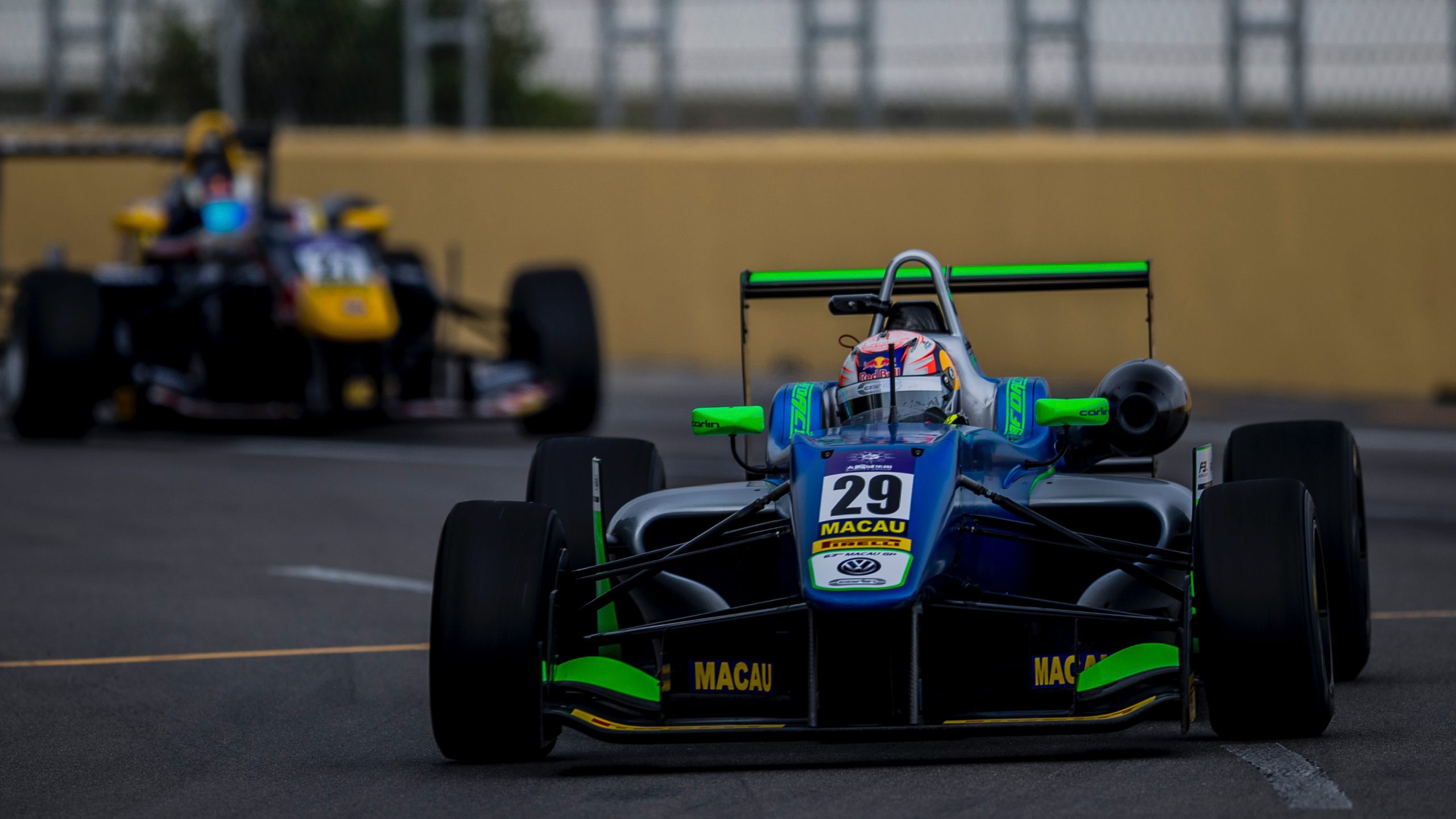 What to do in Macau this month: The 66th Grand Prix, MOP28,888 wine dinners and more

Culture
What to do in Macau this month: The 66th Grand Prix, MOP28,888 wine dinners and more
Share this article
Next article

Macau is the ultimate setting for some high octane fun this weekend with the return of the annual Macau Grand Prix, now heading into its 66th year. As the city is pulsing with adrenaline, there are plenty of gastronomic highlights as well as the creme de la creme of lifestyle experiences to keep on your radar. Here are all the best events to check out in Macau this month.

The annual mecca for motorsports is back: Macau opens its venerated 6.2km Guia Circuit as the annual Macau Grand Prix edges into its 66th edition. Veteran and young drivers alike are descending on the SAR for the ultimate glory across three headlining races — the Formula 3 Macau Grand Prix, the FIA GT World Cup, and the FIA WTCR, also known as the Macau Guia Race. Sunday’s Grand Prix finale will have all eyes on some of the world’s best racers such as F3 world champion Dan Ticktum as he returns to the spotlight to vie for his third consecutive win at Macau; alongside newcomers such as David Schumacher, nephew of seven-time Formula 1 winner Michael.

If you’re not watching from the Grand Stand or the thrilling Lisboa Bend Stand, for a vantage point to catch all the action in comfort, you’ll want to head to the Grand Lapa for its annual Grand Prix Live BBQ Buffet all weekend from 16–17 November, which will also be broadcasting live on mega screens.

There’s nothing better than a steamy hot pot dinner during the cooler months: Head to Broadway Macau for a foodie extravaganza of Macanese delicacies for its fourth Hot Pot Street promotion for an eclectic taste of the Cantonese winter tradition. The hotel’s flagship food street introduces 20 authentic varieties of hot pots showcasing a full spectrum of broths, casseroles and winter warmers from an array of international cuisines, paired with spreads of fresh seafood, organic produce, and premium beef from all over the world.

The latest hot opening adding to the epicurean haven that is Taipa Village is none other than Barcelona, an innovative new Spanish restaurant and bar by chef Hector Costa Fernandez. Dishing up modern tapas and refreshed Spanish classics, Barcelona is a three-storey venue with a stylish ground floor bar and chef’s table overlooking an open kitchen, a first-floor dining room inspired by its eponymous city, and an exotic rooftop bar offering views over the vibrant entertainment area below.

‘Facialist to the stars’ Margie Lombard, founder of Margy’s of Monte-Carlo brings an exclusive spa experience to Morpheus this autumn. Famed for her gold mask facial, Margy’s upgrades her ultimate skin rejuvenating treatment with a new platinum mask treatment that is solely available at Morpheus Spa. Book into one of only six suites for an exalted 110-minute session of pampering with the Prestige Facial with Platinum Mask (MOP3,980), and watch as the chainmail-like platinum mask does its work to retexturise skin for an unbeatable lasting radiance. The Platinum mask is also available as a 20-minute add-on (MOP2,500) together with Margy’s prized bespoke Stem Cell Illuminating Facial (MOP3,800), which uses a new serum featuring the regenerating power of Swiss Apple stem cells.

City of Dreams’ two-Michelin-starred Alain Ducasse by the eponymous legend is home to some of the most exclusive French haute cuisine menus in this part of the world as it is, but this autumn the restaurant is presenting two unprecedented wine-pairing dinners, billed as featuring some of the greatest vintages of all time. On 16 November, guests can look forward to five rare vintages from Domaine de la Romanée-Conti, as well as a prize draw to win a bottle of 1997 Grands-Échézeaux. On 25 January next year, guests can also book in as they celebrate Bordeaux’s landmark 1982 vintage with a horizontal tasting of Château Pichon Longueville Comtesse de Lalande, Château Mouton Rothschild, Château Margaux, Château Cheval Blanc and Château Lafite Rothschild — and have the opportunity to win a bottle of 1982 Château Margaux. Priced at MOP28,888 per person, these exclusive wine dinners will feature a tailor-made seven course menu and kick off with a glass of Dom Pérignon 2009, followed by five rare vintages and Grand Crus. Make your reservation by email to adam@cod-macau.com or call +853 8868 3432.

The St. Regis Macao’s Iridium Spa has unveiled its newest treatment, a session that combines both mindful and physical therapy by allowing guests to create their own blended diffuser scents and body scrubs. After spending time learning more about the healing powers of aromatherapy, the guest is given a 45-minute massage and body treatment that’s sure to melt away all the tensions of the mind and body.

what to do in macau macau grand prix
Evelyn Lok
Managing Editor
When not trying out the latest beauty and wellness trends, Evelyn is likely enjoying a perfectly balanced negroni or exploring some of Hong Kong's best new places to eat and drink. At Lifestyle Asia she covers everything from the biggest events in town to interviews with Hong Kong specialists, with topics spanning art, food and drink, health, tech, and travel.
Beauty Wellness Events Art Drinks