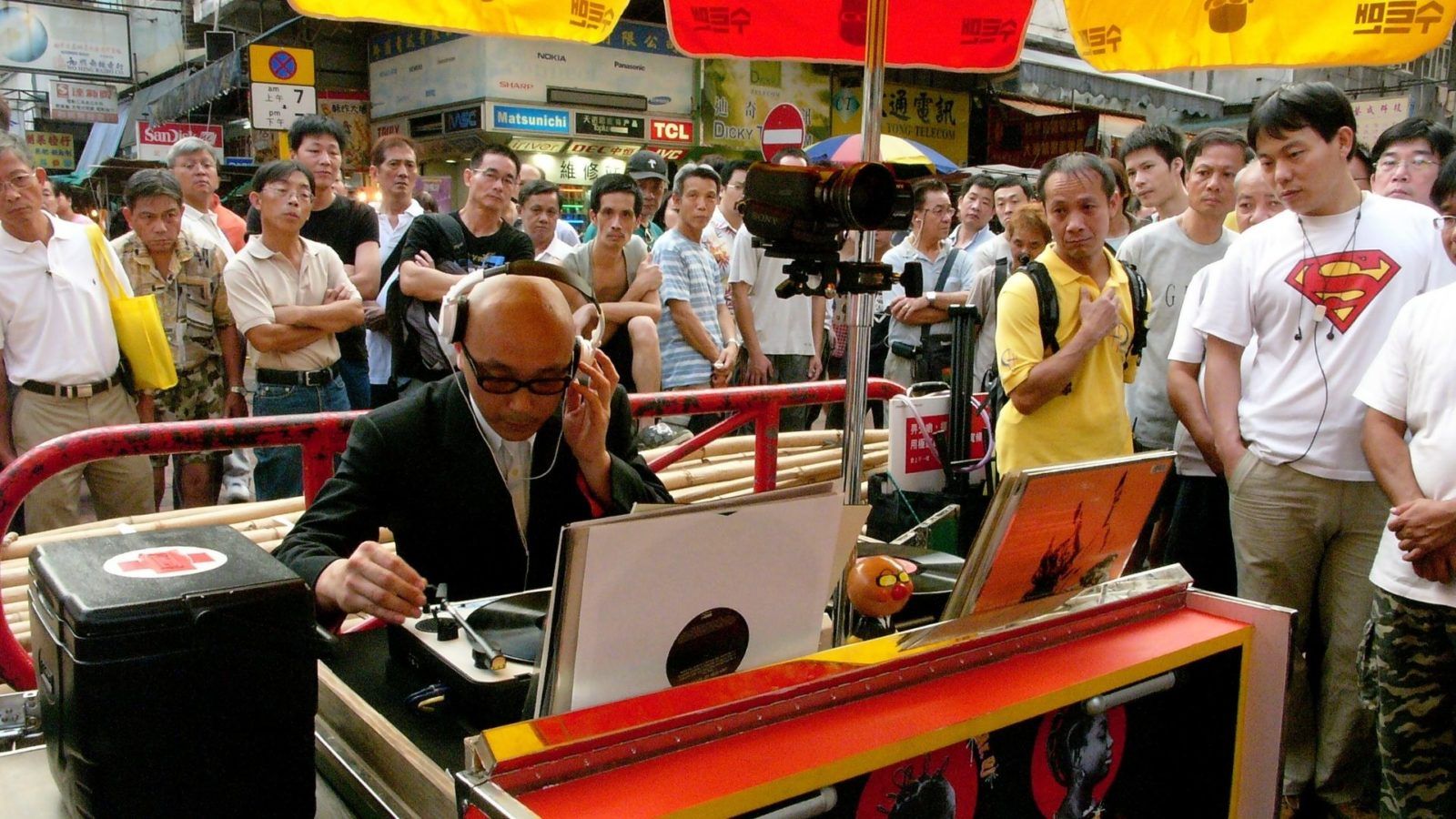 In 10 Tracks, we link up with and get to know the movers and shakers of nightlife, then we ask them for a mixtape. This week, we talk to Suitman, Hong Kong’s own Rasta Tiger and “living art created by Young Kim”.

New York City was a dangerous place in the 1980s — some might say it still is — but it’s where Young Kim found the inspiration for Suitman, a “living art” alter ego that has taken him to galleries, venues and street corners across six continents to share music and spread a simple message: Love and unity.

Your friendly, neighbourhood, eternally dapper Rastafarian Korean-American with his own Dub Truck (more on that later), Suitman has been spinning in Hong Kong’s streets since 2008, starting with “outlaw parties” from Kennedy Town to Sham Shui Po — just don’t call him a DJ.

“I am a Roots Reggae Selector,” says Suitman. “Therefore, I play what makes me happy.”

As it turns out, what makes Suitman happy makes plenty of others happy, as well — his Rasta Tiger style has made him a wanted man everywhere from Seoul to Singapore, Tokyo to Paris. At least, before the pandemic slowed down life here in Hong Kong and everywhere else around the globe. But finally, two years later, Suitman is about to bring his show on the road once again.

Before heading on the road to Los Angeles and New York City, Suitman’s Love & Unity Tour kicks off tonight at Soho House Hong Kong, and it’s not a moment too soon for a city that is more than ready to let loose and enjoy life again.

“The show will be a combination of performance, installation and market,” says Suitman. “Also, there will be performance collaborations with local young Hong Kong creatives and Korean students from Korean International School.”

After the performance, the Rasta Tiger’s Den will remain in place from 6 – 22 May at Soho House Hong Kong’s ground floor Soho Friends Studio, offering merch, retro Korean vinyl records and limited edition collabs with Sticky Monster Lab, Balansa Busan and Kompakt Record Bar in Seoul. Plus, Suitman’s own first vinyl release, A Man With Yellow Glasses will be available for purchase. (For more, check out his online shop.)

Before Suitman sets off on the tour, we caught up with the artist to talk reggae, rasta and outlaw parties. And as always — he made a mixtape to take us into the weekend.

Suitman is a living art created more than thirty years ago. Together, Suitman and I have traveled through six continents, over thousands of destinations interacting with all walks of life, gathering inspiration for our art. Our work, including photography, film, installations, performances and design objects are insightful, personal, highly engaging and always surprising. Suitman and I together have been published in a wide range of culture, art and lifestyle publications. We have exhibited solo and group exhibitions in museums and galleries in New York, Paris, Tokyo, Hong Kong, Seoul, Singapore, Taipei, Shanghai, Beijing and other cities.

What sparked your interest in music?

When I lived in New York during the early ’80s, the city was dangerous. Everyone was on edge. The atmosphere of the city was filled with tension and violence. But, one of my fond memories from that era was about an old man in my neighborhood. Every weekend, he would set up a folding table on the sidewalk where he placed a plate of pasta, a bottle of wine, and a boombox. He sat down, played some music, and enjoyed his meal. Over a period of time, he became a fixture in the neighborhood. This old man was a breath of fresh air amid the gloom surrounding the era. This memory of an old man is my inspiration to create a mobile sound system and share my music selection with the community.

How did you develop your style?

Reggae music calms me and I am a believer in the message of the Rastafarian religion which is based on love and unity.

Tell me about the dub truck.

So far, I have built three mobile sound systems in the last ten years. The latest system, Rasta Tiger’s Dub Truck, was completed during The Pandemic lockdown period in 2020.

When did you start playing music?

Since 2003. I used to set up makeshift outlaw parties around Hong Kong and invite friends and passers-by in Central, Kennedy Town, Causeway Bay, and New territories in the beginning. Got positive responses from the communities and I had a great time exploring Hong Kong and meeting new people.

What was your best gig?

There are so many great events that I can’t say one stands out.

What was the worst?

One makeshift event, police unplugged my speakers and blew out the fuse — had to replace the new mixer.

2020. This pandemic lock down made me realize there are inspirations everywhere. I don’t need to travel too far to seek inspiration.

Is there a set or performance that you’ve seen that had an important, lasting impact on you?