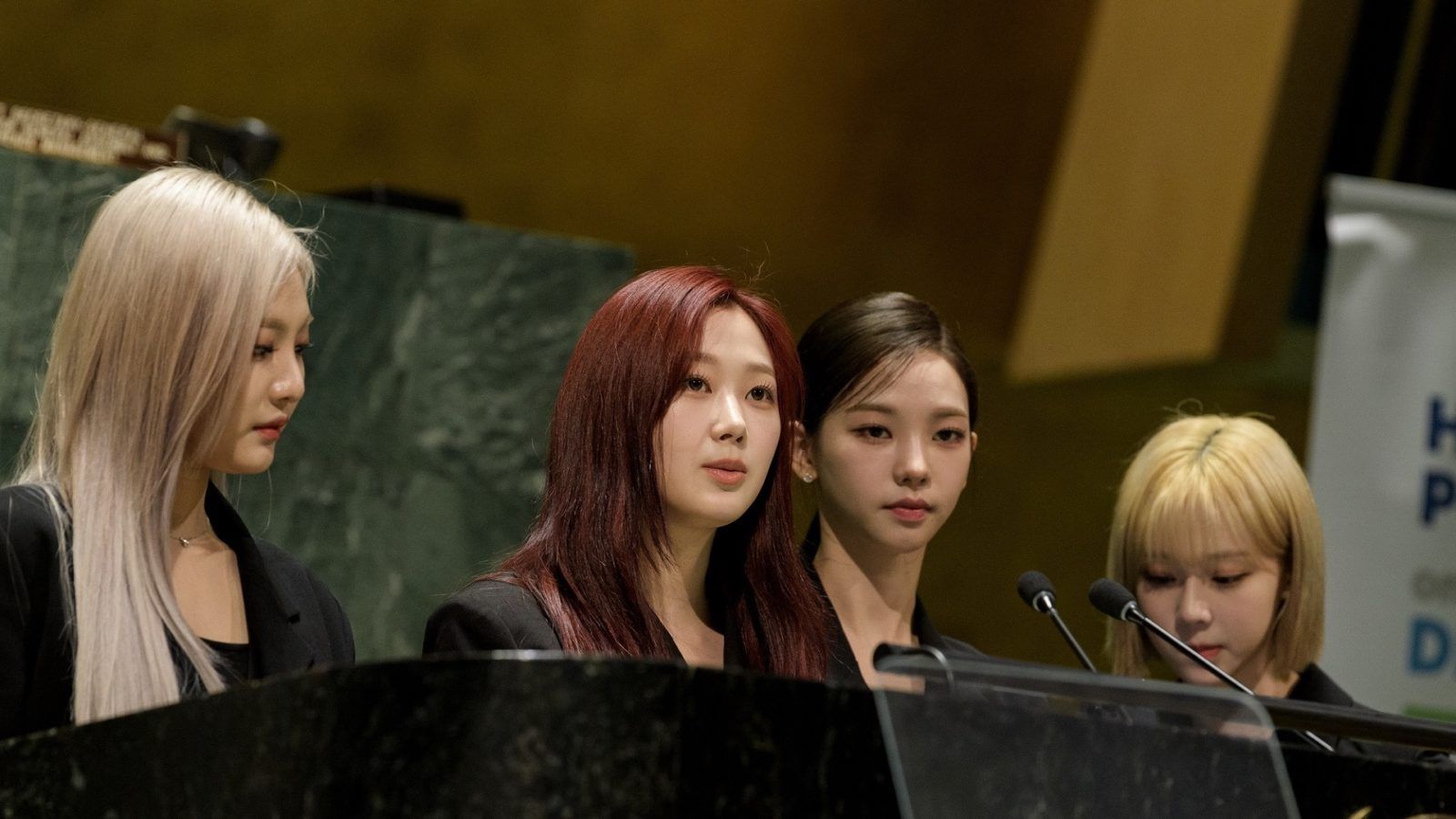 All-girl K-pop group aespa delivered a speech at the United Nations’ High-Level Political Forum on Sustainable Development in New York, US, on 5 July.

In their address, the group underlined the sustainable development goals (SDGs) with a special emphasis on their significance in the metaverse.

According to Korea JoongAng Daily, aespa introduced itself as a “metaverse girl group” in their speech, which was delivered in English.

“People are paying more attention to creating the best possible metaverse world. It transcends many boundaries — reality and virtual reality, time and space, and genres and generations,” said Giselle, one of the members of the quartet.

Karina, Ningning and Winter, the other three members, were by her side as she spoke.

“As the metaverse accelerates, we have to ask the question: ‘Are we working just as hard to create the best possible real-world?’” she added.

In the speech titled ‘Next Generation to the Next Level’, the group said that since the “metaverse reflects reality,” it would be difficult to sustain the possibilities of the virtual world if the real world is not sustainable.

“Without sustainable ecosystems or equal opportunities for quality living, there will be no real world to be mirrored,” Giselle said.

Urging the next generation to support the SGDs, the group told the gathering that it will create music as well as “represent sustainable goals in reality, hence, within the metaverse.”

Following the speech, aespa performed its 2021 single “Next Level”.

The Metaverse is at the core of aespa’s concept, which revolves around its members having their own avatars in the virtual world through which they interact with real-world people.

United Nations Metaverse aespa Sustainable Development
Manas Sen Gupta
Manas enjoys reading detective fiction and writing about anything that interests him. When not doing either of the two, he checks Instagram for the latest posts by travellers. Winter is his favourite season and he can happily eat a bowl of noodles any time of the day.
Travel Culture Entertainment Food
Sign up for our newsletters to have the latest stories delivered straight to your inbox every week.