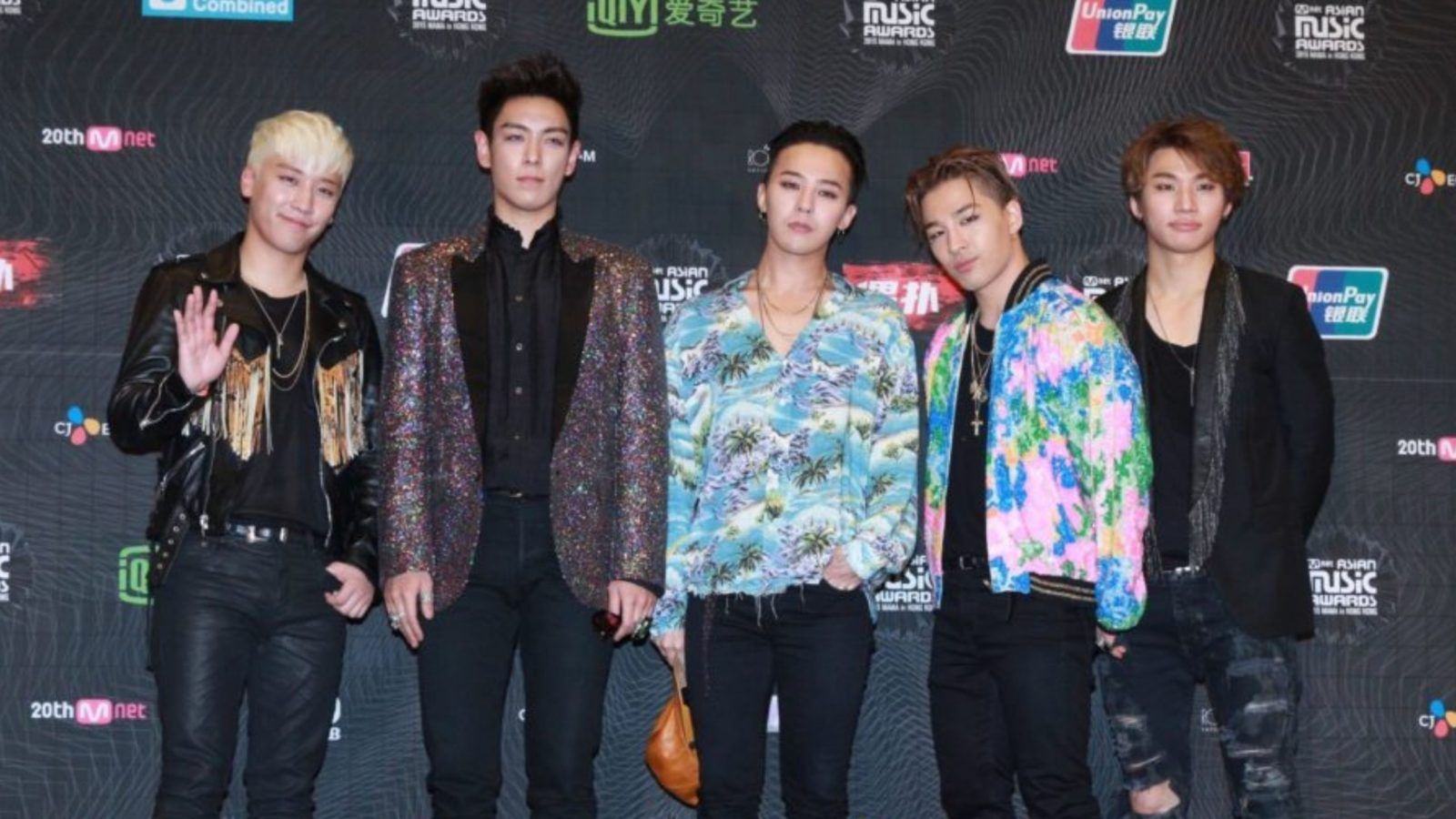 BIGBANG is one of the best-selling Korean boy bands of all-time, known for their live vocals, fashionable outfits, powerful performances and infectious energy.

The group made its debut in 2006, managed by the South Korean multinational entertainment agency YG Entertainment. BIGBANG started with five members — G-Dragon, T.O.P, Taeyang, Daesung and Seungri — and went on to record over hundred songs in ten years which earned them several awards. Some of the most famous songs include “Lies”, “Bang Bang Bang” and “Fantastic Baby”.

BIGBANG was also the first Korean band to win “Best Worldwide Act” at the MTV Europe Music Awards in 2011.

After a four-year hiatus, the band has announced a comeback this spring. The label, in a statement released on 7 February 2022, said, “We have finished recording the new song and are currently about to shoot a music video.”

However, the agency also stated that T.O.P is parting ways with the group as his “exclusive contract with YG has ended, and he will be taking on a wide variety of new challenges as both an artist and an entrepreneur.”

While we wait for their new song, let’s look at five classic performances by the group.

Loyal fans definitely have “Haru Haru” on their playlist. Penned by G-Dragon, the song became famous instantly and is known as one of BIGBANG’s memorable ballad pieces. After all, it earned them legendary status in the Korean music industry and inspired many budding artists to make covers of the song.

What makes this performance of the BIGSHOW BIGBANG LIVE CONCERT in 2010 unforgettable is the unique stage setting which first features Taeyang playing a melodious tune on the piano and is then joined by other members. BIGBANG set the stage on fire with their fashion and dance moves.

It was a feast to watch BIGBANG and Wonder Girls put up two fabulous KBS’s Music Bank special acts in 2007. The immensely popular bands came together to make history with this iconic live performance.

In the video, fans can be seen screaming with excitement, which proves how electrifying the collaboration — WONDERBANG — was.

Although “Tell Me” by Wonder Girls and “Lies” by BIGBANG were already topping the charts at the time, what stood out was the live mashup of the boy band’s vocals with that of Wonder Girls and their synchronised choreography.

It was a delight to see each of them put their best foot forward. Once again, G-Dragon proved his mettle as the songwriter of “Lies”.

When BIGBANG graces a music awards stage, you witness art in motion. The 12-minute live performance at the 2015 Mnet Asian Music Awards night was nothing short of a spectacle. This mashup of “Loser”, “Bae Bae”, and “Bang Bang Bang” showcased the band’s talent and creativity.

The spotlight moves from one band member to another as they appear on stage, enchanting the audience with their voices and synced choreography.

Their knack for good fashion and stage presence will give you goosebumps when you watch the YouTube video which has over 88 million views. Fans wave their “Bang Bongs” as BIGBANG seamlessly breezes from one song to the next.

The catchy beats of “We Like 2 Party” along with the uber-cool denim costumes of the BIGBANG boys made the entire crowd feel as if they were grooving at a summer party. Even the members seemed to be having fun while keeping it simple on the stage of M COUNTDOWN in 2015.

The relaxed choreography the group an opportunity to goof around and be in their element, and their passion for the craft also resonated with their fans, who couldn’t get enough of this chilled-out stage presence.

The stage lit up as the band began to sing “Loser” at the 2015 Made in Seoul concert. The song, themed on self-pity, showcases BIGBANG’s vocal prowess and is one of the most heartfelt performances by the band. The five talented singers also looked smart and enigmatic in their MV featured outfits.

Entertainment Music Live performances Kpop BIGBANG
Moyena Parikh
Moyena loves exploring personal development and spirituality. She believes in the power of words. She is also passionate about food, dancing, finance, and her family.
Lifestyle Culture Entertainment Wellness
Sign up for our newsletters to have the latest stories delivered straight to your inbox every week.