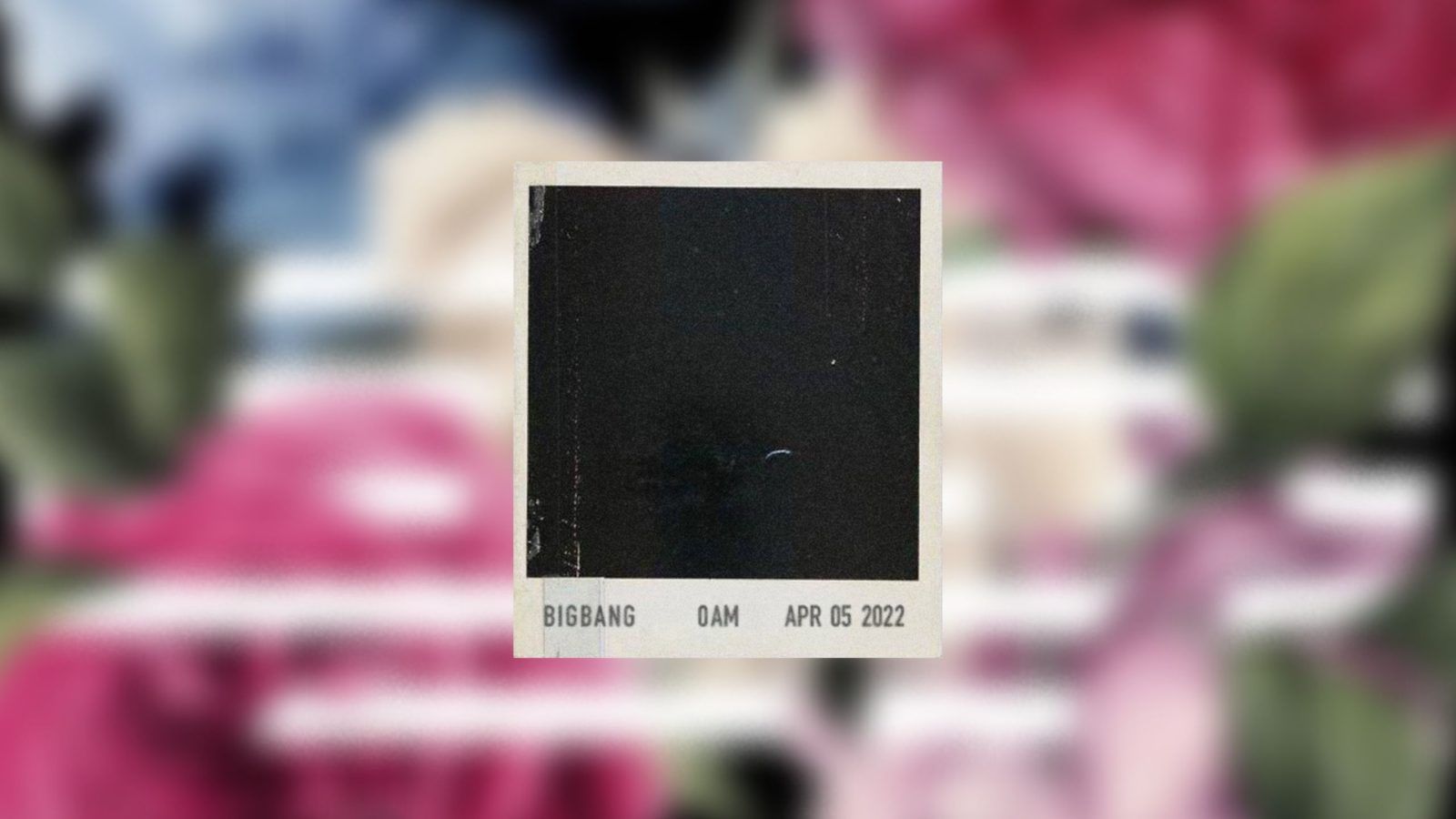 BIGBANG and YG Entertainment’s official accounts have announced that the band will make its long-awaited comeback on 5 April, 2022.

BIGBANG will return — and soon. Over the weekend, the social media accounts for BIGBANG and their label, YG Entertainment, have made it official: the beloved Korean boy band will return on 5 April, 2022. It comes on the heels of the news confirmed earlier this week that the band’s remaining four members — G-Dragon, T.O.P, Taeyang and Daesung — will be bringing a new music video and single with them.

In a post shared across Instagram and Twitter, the details were sparse — just a simple black Polaroid picture, with the words “BIGBANG 0AM APR 05 2022” stamped across the bottom. Both cryptic and revealing, it’s not clear if 0AM is a song title or a timing reveal (or both), but will certainly give their fans (known as “VIPs”) around the world plenty to discuss in the days to come.

What we know about BIGBANG’s comeback single and music video

BIGBANG has been making plenty of headlines since the news first broke in February that the band would be making a comeback this spring. Subsequent to that announcement, it was also revealed that rapper T.O.P would be ending his 16-year exclusive contract with YG Entertainment. However, the label made it clear that it wouldn’t be the end of T.O.P and the band, saying in a statement, “As long as the conditions are right, [T.O.P] will always participate in BIGBANG’s activities whenever he is able.”

Breaking a five-year silence in an exclusive interview with our sister publication, Prestige Hong Kong, T.O.P added his own thoughts on the matter: “Being super honest with the fans, I really don’t want to say this is my last,” he says. “But even more frankly, it might be a long while until I come back as T.O.P of BIGBANG. Over those five years, our music tastes and activities probably differed a lot, and now BIGBANG music and T.O.P’s music are quite different. I’m at the stage in my life where I want to awaken to fresh new challenges, stimuli and transition.”

If it sounds like an indication that the comeback may be short-lived, fans of T.O.P will take comfort in knowing the rapper feels like he’s “about to start the real thing” in his career as an artist, with his debut solo album, a feature film and much more on the way.

In the Prestige interview, he also leaves open the possibility of yet another reunion with the group, attributing that to his love for his band and the personal connection he shares with G-Dragon, Taeyang and Daesung.

The new single and music video will be BIGBANG’s first release since March 2018’s “Flower Road”, when the group went on hiatus to complete their mandatory South Korean military service. As the lyrics said then: “This is not the last time for us. Please, let us meet again when the flowers bloom.”

It appears the flowers are ready to bloom — whatever happens after that remains anyone’s guess. Have a listen to “Flower Road” below.

Hong Kong Music K-pop Big Bang Kpop Korean pop star Music releases K-pop boyband BIGBANG K-pop Band t.o.p
You might also like ...
Culture
5 things we learned from T.O.P of BIGBANG’s Prestige cover story
Culture
Here are T.O.P of BIGBANG’s 9 most memorable songs
Culture
T.O.P of BIGBANG breaks five year silence, announces solo album
Culture
Watch Now: 5 of BIGBANG’s most memorable live performances
Nathan Erickson
Editor-in-Chief
Made in Seoul and based in Hong Kong, Nathan has covered food, fashion and music from New York to Paris to Oaxaca. He enjoys street photography, buying too many hooded sweatshirts and he'll never turn down a tequila soda. Catch him on weekends hiking trails all over Hong Kong in hopes of finding his idol, Chow Yun-fat.
Sign up for our newsletters to have the latest stories delivered straight to your inbox every week.