Home > Culture > Music > Coachella is back! Here’s how to experience the best of 2022’s festival online 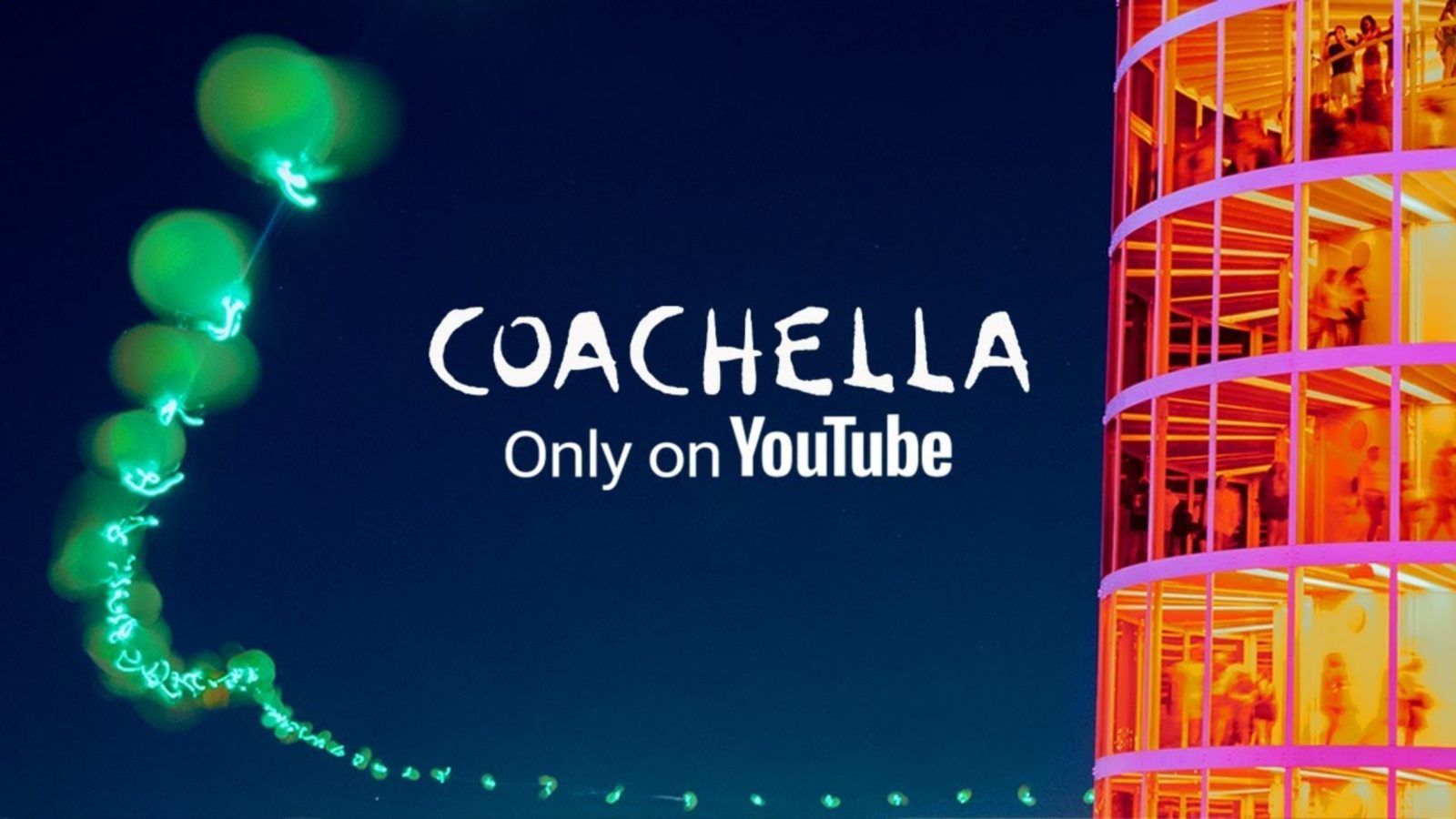 Coachella is back! Here’s how to experience the best of 2022’s festival online

Culture
Coachella is back! Here’s how to experience the best of 2022’s festival online
Share this article
Next article

After a two year hiatus, the Coachella Valley Music and Arts Festival makes a long-awaited return to Indio, California with acts like Harry Styles, Billie Eilish, Swedish House Mafia x The Weeknd as headlining acts. There’s no need to succumb to FOMO, though, if you, like so many of us, are land-bound to Hong Kong.

Coachella is one of the most eagerly awaited music festivals every year. In 2022, it will be held through two weekends: 15–17 April and 22–24 April.

But not everyone can travel to the Empire Polo Club in the desert of Indio, California, to attend the musical extravaganza, can they? Which is why YouTube is bringing Coachella 2022 to viewers via mobile, desktop and the YouTube Music app.

It is the 10th year of YouTube presenting events from Coachella. The video-sharing platform will be airing live performances, behind-the-scenes, interviews of artists and exclusive content on the platform over the two weekends.

For the first time, those enjoying Coachella 2022 from home will get to interact with other virtual viewers in real-time through YouTube’s Live Chat, as well as purchase exclusive Coachella and artist merchandise via YouTube Shopping.

Merchandise offerings include items by performers such as Billie Eilish, BROCKHAMPTON and Flume, along with Coachella’s own collection.

Popular YouTube creators will be present at the event to cover it live from the YouTube Shorts Compound. Among the creators are Benoftheweek, Kaiti Yoo, Kirsten Titus, Lauren Giraldo, Alyssa McKay, Gunnar Deatherage, Hannah Montoya and Milad Mirg.

Derek Blasberg, YouTube’s Head of Fashion and Beauty, will be covering Coachella fashion, beauty trends and other topics in one-on-one interviews with artists and creators.

As for performances, YouTube will be giving music fans the option to choose from three livestreams — all covering different performances.

While the festival livestream event will be co-hosted by Joe Kay, Quenlin Blackwell, Therapy Gecko and Veronica De La Cruz on the first weekend, Kay and De La Cruz will return on the second weekend with a Coachella Curated livestream.

Among the top performers at Coachella 2022 are Harry Styles and Billie Eilish.

Kanye West, now known as Ye, was supposed to perform at the festival but backed out. On 6 April, Coachella announced that Ye’s two Sunday slots have been taken over by the EDM group Swedish House Mafia and R&B singer The Weeknd.

Reminders can be set at YouTube’s Coachella Livestream or the official YouTube channel.

The Weeknd livestream Harry Styles youtube YouTube Music Billie Eilish coachella 2022
Manas Sen Gupta
Manas enjoys reading detective fiction and writing about anything that interests him. When not doing either of the two, he checks Instagram for the latest posts by travellers. Winter is his favourite season and he can happily eat a bowl of noodles any time of the day.
Travel Culture Entertainment Food
Sign up for our newsletters to have the latest stories delivered straight to your inbox every week.