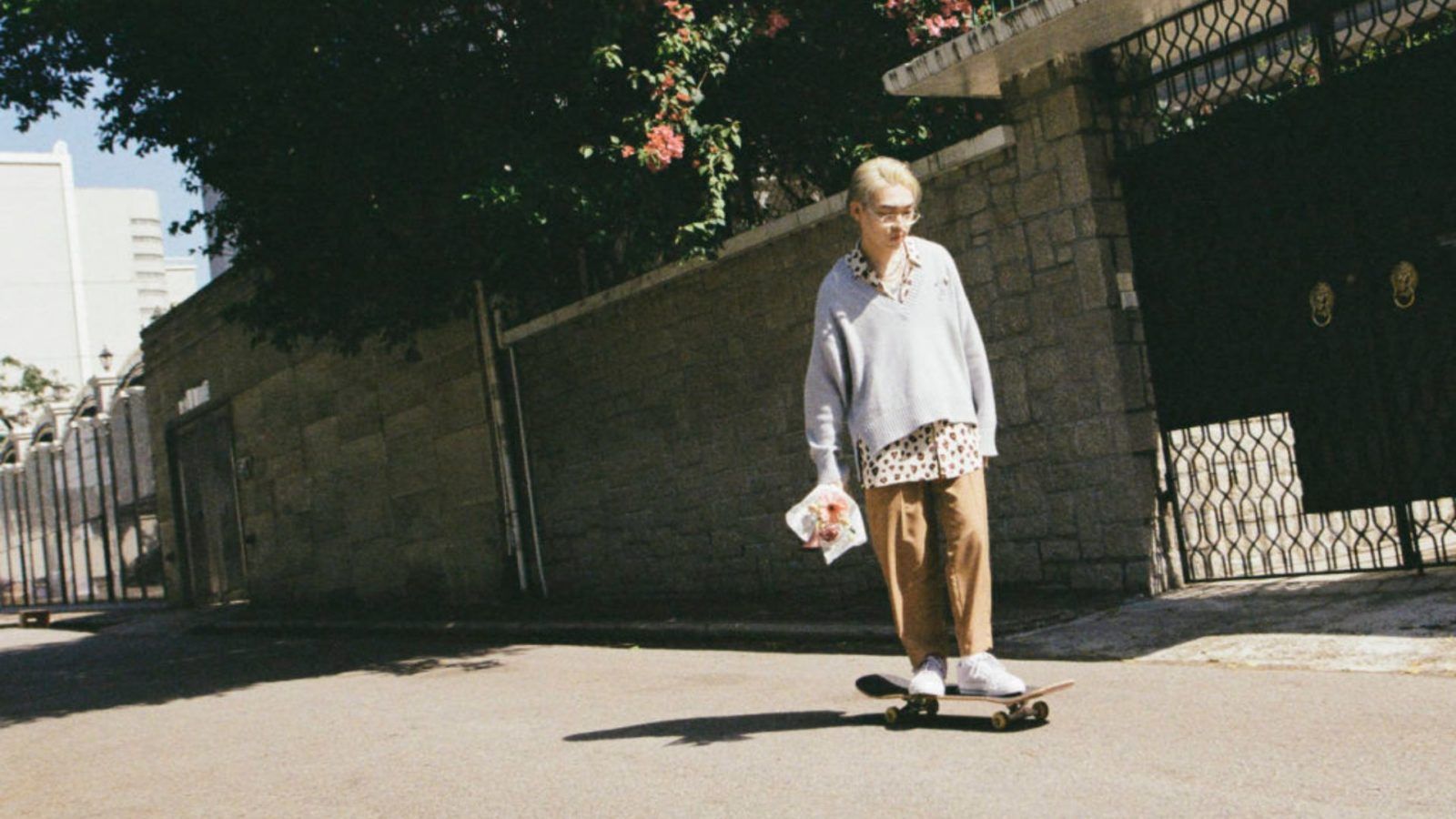 Tuning In: Dessy is your friendly, neighbourhood R&B loverboy

Culture
Tuning In: Dessy is your friendly, neighbourhood R&B loverboy
Share this article
Next article

A cross-cultural kid who grew up between Toronto and Hong Kong, DC/Dessy/Desmond Chan (he doesn’t mind what you call him) is one of the city’s rising artists. He sits down with Lifestyle Asia to discuss his music career, touching on the types of sounds he finds inspiration from and his ambitious plans to release one track a month for the rest of the year.

Blonde hair, rimless glasses and a funky sense of fashion; Dessy is nothing but stylishly eye-catching when he’s cruising down the streets of Wan Chai, where he works full-time. We meet after a long day of nine-to-five (well, nine-to-six here in Hong Kong) at a nearby Pacific Coffee. Honestly, I am not sure what to expect — will I meet Desmond Chan, the suited white-collar worker, or his alter-ego Dessy, who has over 20k monthly listeners on Spotify?

Well, I get my answer as the Toronto-born artist strolls into the coffee shop. Desmond Chan is Dessy — there’s no alter-ego. His recognisable blonde hair is slicked back, his rimless glasses are perched delicately on his nose and most importantly, he’s not wearing a suit but an oversized pink t-shirt — a toned-down version of his signature vibrant, y2k-inspired look. And he is nice. Many singers I know can be a little arrogant, a little vain, but not Dessy. He is friendly and polite from our first interaction until we finish the interview.

At 26 years young and with only two years of making music under his belt, Dessy has already made a name for himself as an independent Hong Kong artist. With nine tracks out, including bangers like “香港地pt.2” and “Noble Wine“, the up-and-coming star is well on his way to taking the city by storm with his jazzy, electronic and R&B sound.

Dessy is that nice, friendly next-door neighbour you pass by every day. I grew up in Toronto, and what’s different there is that everyone is on talking terms with their neighbours — something that isn’t common at all in Hong Kong. That’s the warm, friendly vibe I want Dessy to have.

I didn’t come from a musical background; I only began experimenting with music two years ago. I remember I was posting the stuff I made on Instagram, just playing around, nothing serious. But then a few dudes who were in the music community in Hong Kong “discovered” me, so to say, and asked me to make more. And that’s how it all started.

At the time, I was listening to Trippie Redd, Juice WRLD, South Korean artists like Dean and Crush — just a lot of soulful stuff, not Cantopop where you hear the same arrangement over and over again. I remember thinking, “I could try making stuff like this too; I have nothing to lose”.

I wouldn’t say I’m good, or at least, not good enough yet. For now, I’m still figuring myself out, practising every day and trying to make music whenever I can. My philosophy for success is to acknowledge that you gotta put in the hard work, believe in yourself and one day you’re gonna make it.

Growing up between Toronto and Hong Kong, I can definitely feel how different the attitude is between the two cities. In Hong Kong, people are visibly tenser and keep to themselves like they’re afraid of being judged. It’s not necessarily a bad thing — it’s just the culture here. But studying in Toronto really gave me another perspective, so I think in comparison to the average Hongkonger, I’m more open and straight-up. And this translates to my music as well.

“Wonderwall” by Oasis. This song was a real eye-opener for me. It’s pop with a dash of indie, the sort of vibe I loved back in the day.

“香港地pt.2” — I recommend it because it’s upbeat, funky and kinda stupid at the same time, and message-wise, I feel like most Hong Kong people would be able to resonate with it. Like, I hate going to work, but I gotta make ends meet. When I’m at work, I gotta pretend to be someone else, I can’t be my own outrageous self. And that’s just how things are in Hong Kong.

Oh, and it’s named so because there’s already a song called “香港地” by Edison Chen.

I love Tyler, The Creator and his performances at the Tiny Desk. There’s something about the way he interacts with singers and creators — it gives off so much power.

I wouldn’t call myself an artist or a musician — I’m just someone who loves music. But I feel like making music has taught me so much. I learn something new every day when I’m experimenting with new sounds. At the same time, music is a motivator for me to continually improve myself. When I reach a certain spot or achieve certain goals, I’ll set new ones and continue learning, because you can never learn all of it.

I usually get my ideas from my own life experiences, which is why I make music about life in Hong Kong often. Sometimes I’ll try and look at things from a different perspective and imagine I’m looking down from above, sort of like a bird’s eye view thing. Then I record a demo, take it to my producer and together, we work on the sound we want to create. Lately it’s been leaning towards something more jazzy, electronic and R&B.

Definitely finding the balance between work and making music. I don’t have the privilege to quit my full-time job, so I have to learn to organise my time. It’s good, though, because it’s taught me to treasure my free time after work more than anything else.

Also, I would say changing my attitude towards “making it”. I’m hardworking; meaning, I feel like if I really wanted something, I wouldn’t let anything stop me. At the same time, I’ve learned to recognise my own mistakes and accept that not everything I make will be good. I’m not afraid to scrap what I’ve done and start over if it’s not up to standards.

When I started off making music in 2020, I was trying to get closest to the sounds of the artists I liked by copying and mimicking. Over time, I grew more confident in my abilities and began to find my own sound. Slowly, my music became less basic, less calculated and more of my “own”.

I’ll have a new single out every month until the end of 2022. And hopefully, as a grand finale, I’ll have an EP out. I’m working hard on it right now.

Hong Kong Music tuning in Hong Kong Musicians #lsatuningin lsatuningin hong kong music dessy
Charmaine Ng
Editor
Charmaine enjoys eating steamed broccoli and knocking back cups of spearmint tea, all in the name of health.
Sign up for our newsletters to have the latest stories delivered straight to your inbox every week.