Home > Culture > Music > Tuning In: Rap trio TomFatKi is not afraid to die young doing what they like 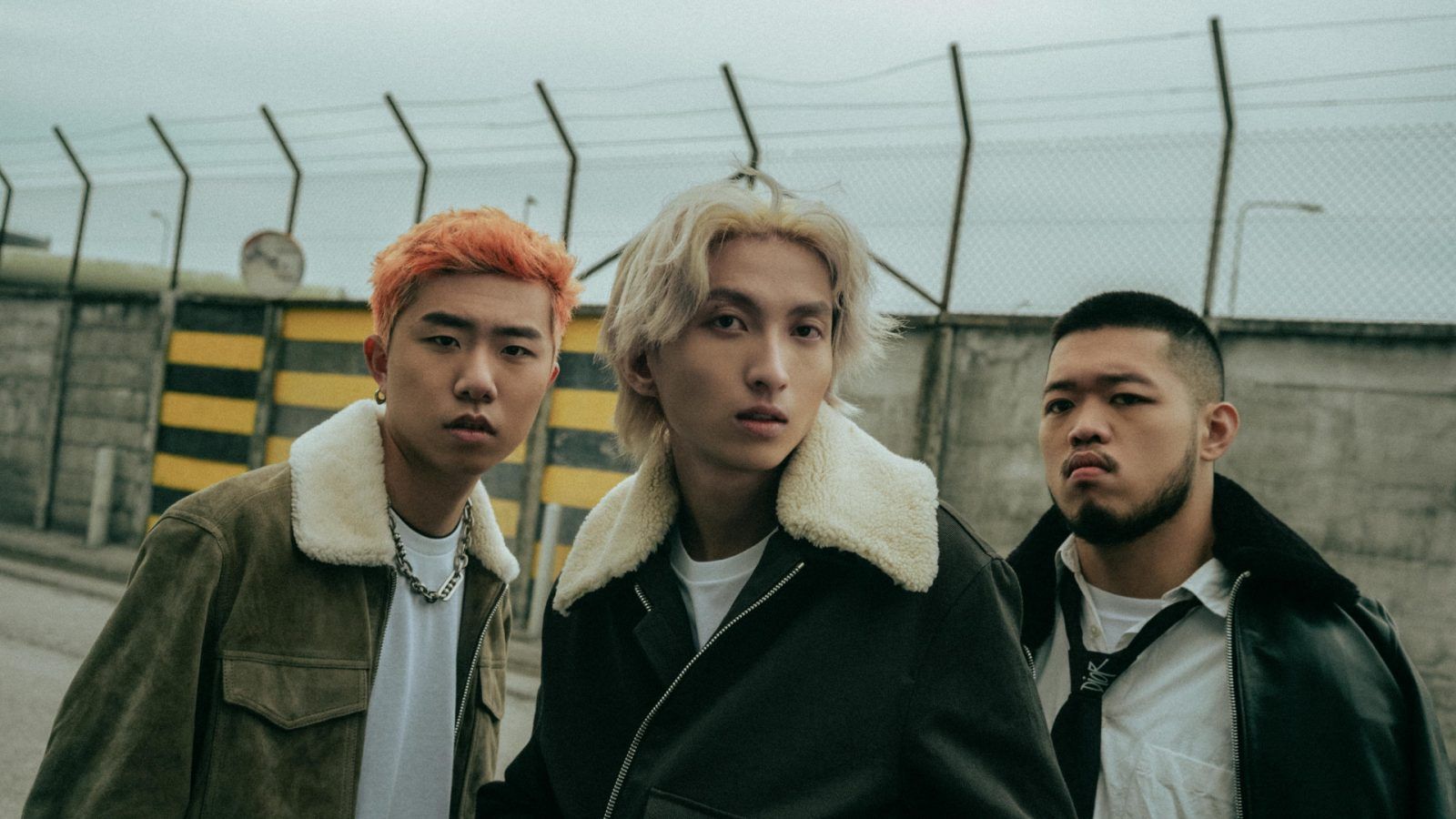 Tuning In: Rap trio TomFatKi is not afraid to die young doing what they like

Culture
Tuning In: Rap trio TomFatKi is not afraid to die young doing what they like
Share this article
Next article

You might not know the name TomFatKi, but you must have heard of their viral hit “Tin Shui Wai Gang Gang”. From a vlogging channel between three friends to headliners of ViuTV’s Chill Club Awards, TomFatKi is walking proof that hard work pays off.

In today’s Hong Kong, people don’t necessarily cheer you on as you chase your dreams. Friends Tommy, Fatty Tai and Ki started out like any other — with a day job that pays the bills, and a casual YouTube channel documenting their downtime mischiefs and occasional travels. Everything was just fun and games, even their first musical production “Rep That Sun Flower” was a try at making something of their leftover footage.

“We chose the hip-hop style because that’s all we listened to,” TomFatKi explains. What began as a care-free side project quickly evolved into a turning point in their career. Heaves of positive reviews and an influx of supporters opened the trio’s eyes to a path they didn’t think was possible. As their passion for content creation burnt like wildfire, their decision to forgo their stable full-time jobs soon solidified.

On TomFatKi’s journey to success, in their company were also disapproval and doubt. The trio released “Rolling Now” as a heartfelt declaration of their will, and from that point on they have always looked forward.

“When it comes to music, we’re just newbies,” TomFatKi says with humility. “We’ve been making music seriously for two years. There’s a lot to learn, and we do our best to show people that it’s not a game to us — music is where our passion lies, and we’ll keep working hard on it.”

For those who don’t know, who is TomFatKi?

TomFatKi is a vlogging-channel-turned-music-group. We came across hip-hop and then made something unique to us, I guess you could call our style “urban”. As for our Cantonese name 光頭幫 (“Skinhead Gang”) — which you’ll notice all of us have a full head of hair — it came from a prank we pulled on each other on a trip to Vietnam. Tommy shaved Ki’s head as a joke and vice versa, then Fatty Tai decided he would join our rank as well. That’s how the name came to be.

What brought you together? And what’s your first-ever song as a group?

Tommy: We’ve known each other since forever — Fatty Tai and I were primary schoolmates, and Ki and I met on a skateboarding ground in our teens. Originally I started the vlogging channel because I enjoyed taping videos as I hiked, and eventually Fatty Tai, Ki and myself became the regular cast.

Our first go at music was this one time, we wanted to show our viewers a beautiful field of sunflowers, but when we got there the flowers were all withered. We didn’t want the footage to go to waste, so we wrote up some rap lyrics and laid an XXXTENTACION beat on it, making our first-ever (albeit crude) song “Rep That Sun Flower”. That’s 4 years ago.

Tell me about your “rising to fame” story.

When we started out, we didn’t really have a particular goal in mind, hitting more than 10k views on a video was already a lot to us. But somewhere down the line we entered a bottleneck period. It really affected us, and we decided to make a song called “Rolling Now” with JNY as the producer. The song encompassed our determination to go big or go home doing what we loved, since we all quit our full-time jobs at the time to pursue creativity. “Rolling Now” brought us a larger audience, and it continued to build up as we released “Tin Shui Wai Gang Gang” — in our opinion, this marks phase one of our growth.

This levelling up, however, sort of led us astray. We felt lost, not knowing what our next move should be. But luckily we got out of this state of confusion after a few months. Then time went on and we welcomed our phase two, which was our performance on ViuTV’s Chill Club Awards 21/22. It allowed us to reach a more mainstream audience who is willing to understand our creation.

There’s no doubt that most people know you from “Tin Shui Wai Gang Gang”, how do you feel about it?

As successful as it was, we still felt a bit lost after the song got viral. It felt as if we were at a crossroads — should we write more personal, emotional songs or keep writing fun, relatable hits that resonate with more people? But as our audience grew, we began to put a lot of thoughts into the stuff we put out there, and thought of ways to improve as a team. The conclusion we’ve arrived at is to just keep working and working hard, for it will lead us to the right direction.

Do you try to replicate the formula of “Tin Shui Wai Gang Gang”, or do you try to do new things when writing subsequent hits?

It’s actually tricky to balance “expressing your emotions” and “being relatable and fun” while making music. Our strategy right now is to put a bit of both elements in our EPs and albums, so there’s something for everyone. But truth be told, you can’t “plan” a viral hit — it’s not gonna be good if you force it.

Where do you usually draw inspiration from?

From what happens in our lives, what happens in the world and what we observe. In most cases, the songs we write are an extension of what we feel at the time, and when that’s done right, it helps the audience to connect with our message and feelings.

“TFK Party”. We have Tommy on the chorus singing about the importance of time and our gratitude to our fans, Ki on the verse with his usual humorous spin on self-expression, and Fatty Tai as the narrator of what we went through as a team. It’s a tribute to all the times we felt lost and misunderstood, and how we persisted and came out on top.

Tell us about your most unforgettable gigs.

The Chill Club Awards performance was hands down the best. We never thought “Tin Shui Wai Gang Gang” would make it on air, plus it’s not everyday you see us dressed so nicely!

But we’ve also played for less than 20 people in a university gig. We didn’t really think it through, and were pretty sure no one even knew who we were. It was just the worst show — in terms of audio, atmosphere and everything. It was so awkward, but the silver lining of this experience is that it drove us to become better live performers.

Do you have a favourite song out of your entire discography?

“Dim Dim Sum”. It tells the story of having a dim sum breakfast at the break of dawn with your homies after a night of hustling. The idea of burning your life doing what you’re passionate about really hits home for us — as we believe we will die young living the way we do — and “Dim Dim Sum” captures the sense of satisfaction we savour in a moment of tranquility.

Which artists would you love to collaborate with in the future?

Last but not least, on behalf of all fans: anything you’re working on? Will we see you at a concert?

We’ll be releasing a song called “Chai Wan Kok Street” soon. It’s where our studio is located, and it’s our way of saying “We’ve officially made it beyond Tin Shui Wai!” There will be jaw-dropping scenes in the music video, and six singers of vastly different styles. Do stay tuned!

As for Tommy’s solo project, there are two songs in the works now, one about the goodbyes we say as a result of Hong Kong’s emigration wave; the other one about the amplified loneliness we feel when night falls.

In August we will have our concert that was unfortunately postponed because of Covid. It’s gonna be a party; and for those who weren’t able to grab a ticket, we hope to see you real soon in our future shows!

Hong Kong tuning in Hong Kong Musicians #lsatuningin lsatuningin tomfatki hong kong music hong kong hip-hop
Michelle Chan
Editor
A girl who got one (1) nostril piercing and let it dictate her entire style journey. Email me anything interesting!
Sign up for our newsletters to have the latest stories delivered straight to your inbox every week.