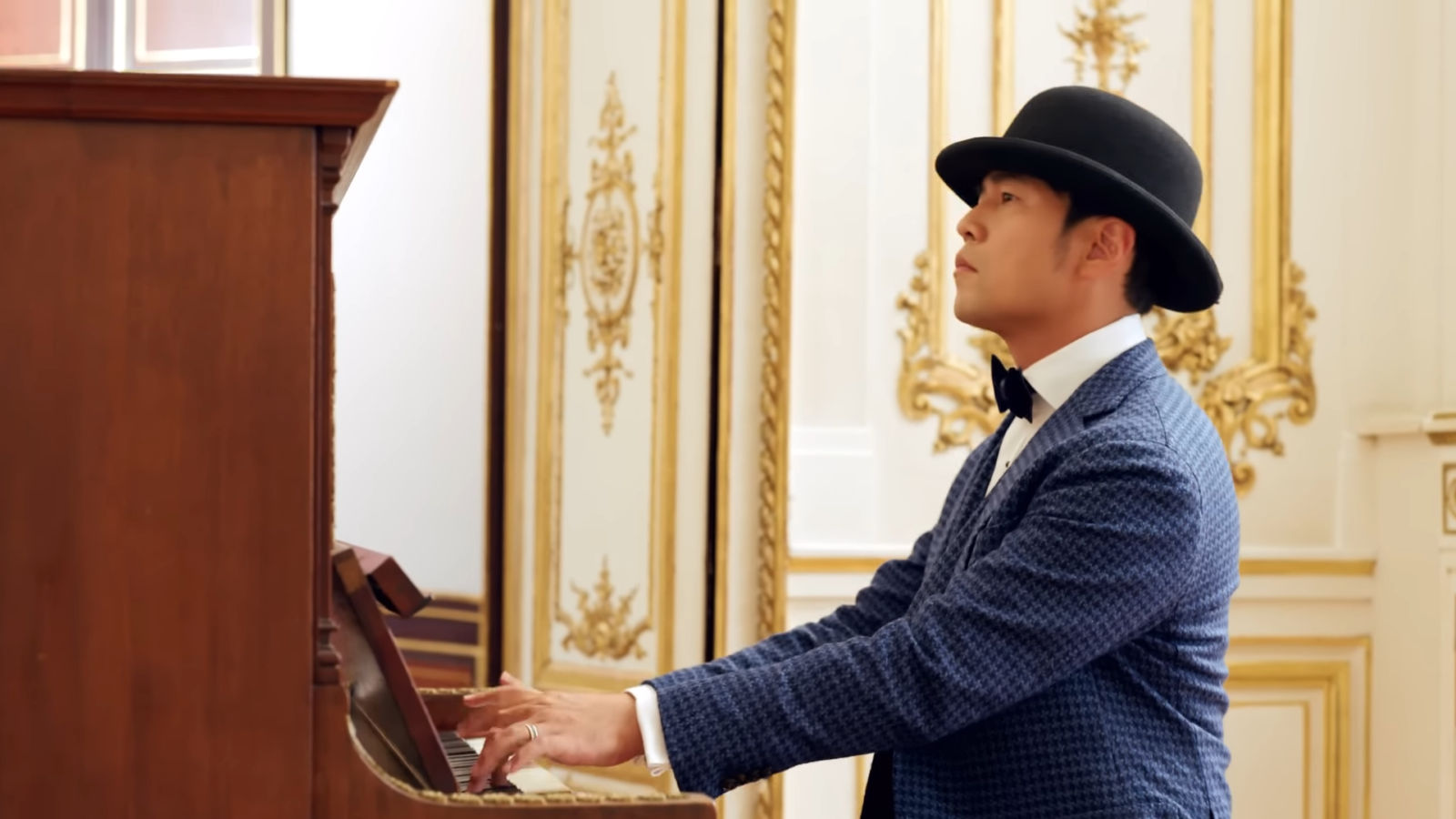 Six years later, the King of Asian pop is releasing his new album Greatest Works Of Art on 15 July. Before that, let’s have a first look at Jay Chou’s self-directed music video for the title track.

Did somebody mention art? Jay Chou just shared the music video for “Greatest Works Of Art”, the title track of his upcoming album set to release on 15 July. The magnitude of art doesn’t stop here — set in Paris’s very own Samaritaine department store with themes of magic and time travel, this five-minute number is a whimsical short film in its own right.

Referencing Salvador Dalí, Matisse, Monet and Van Gogh in his lyrics, Chou begins the music video with his signature piano solo — both a flex and an acoustic marvel — which holds the power to wind back the clock. Through five consecutive wardrobe changes, the dapper time traveller waltzes down the opulent French interior, impressing everyone on the way with tricks of magic.

The climax, however, lies in the piano battle between Chou and Chinese pianist Lang Lang starting at the 2:31 time stamp. A tentative mirroring of classical melodies gradually escalates into an intricate duet, drawing to a thrilling close by hi-hat sounds of the modern day. And scene.

Witness the “Greatest Works of Art” in its full glory below:

Jay Chou Asian Music mandopop greatest works of art asian musicians taiwanese musicians
Michelle Chan
Editor
A girl who got one (1) nostril piercing and let it dictate her entire style journey. Email me anything interesting!
Sign up for our newsletters to have the latest stories delivered straight to your inbox every week.