A recent Halloween celebration in Seoul’s trendy Itaewon district turned into a tragedy when over 150 victims died in a stampede. According to local reports, the buzzy nightlife hotspot was packed with as many as 100,000 revellers — mostly young people in their 20s and teenagers — during the event on October 29 2022. Officials believe the situation became dangerous after the crowd spilled into a narrow alley next to the Hamilton Hotel. Some partygoers fell down, leading to a domino effect as others stumbled and began pushing out of panic to escape and avoid getting trampled. With no way out, multiple people perished in the crush. Among the casualties whose life was sadly cut short was Lee Ji Han, a budding k-pop star and former contestant on South Korean talent search tv show Produce 101.

Lee’s agency 935 Entertainment announced the news on October 30 via an official statement: “It is true that Lee Ji Han died during the Itaewon accident on October 29. We hoped it wasn’t true, but we were extremely shocked when we heard the news.” The company also posted a tribute to him on Instagram, describing the 24-year-old as a “sweet and warm friend to all”.

Tributes also poured in from Lee’s Produce 101 cast mates Kim Do Hyun and Park Hee Seok. The latter expressed his sorrow in an Instagram story and post. “I’m sorry and I love you Jihan,” he said.

Prominent South Korean celebrities such as G-Dragon and Psy also expressed their condolences to victims of the Itaewon tragedy.

Lee’s funeral will take place today, November 1. The South Korean government has also declared a national period of mourning until November 5. Here we look back on the journey, achievements and other noteworthy things about the late K-pop star Lee Ji Han — a young life taken too soon.

Lee Ji Han: The K-pop star’s life, facts and other things to know

Lee Ji Han was a Pan Entertainment trainee when he joined Mnet’s hit reality TV show, where 101 aspiring male singers vie to be selected to form a K-pop boy band. Lee, who was only 19 then, impressed viewers with a cover of EXO’s “Overdose”, which he accompanied with slick dance moves.

He was eliminated in the fifth episode with a ranking of #98, and the top 11 participants of the show were put together in a group called Wanna One.

His acting debut was for ramyeon brand Nongshim

He may not have made it far on Produce 101, but Lee was on the cusp of greater things. In 2019, he scored the lead role in web K-drama Today Was Another Nam Hyun Day, which was produced by instant noodle company Nongshim. You can watch the entire series in the video below.

He also starred in a massive Indonesian coffee campaign

In 2021, Lee was the face of an advertisement for prominent Indonesian company Luwak White Coffee, which is famed for its signature delicacy of coffee made from beans that are eaten by and fermented within civets before being excreted. Indonesian celebrities Mawar De Jongh and Cut Beby Tsabina appeared alongside him. 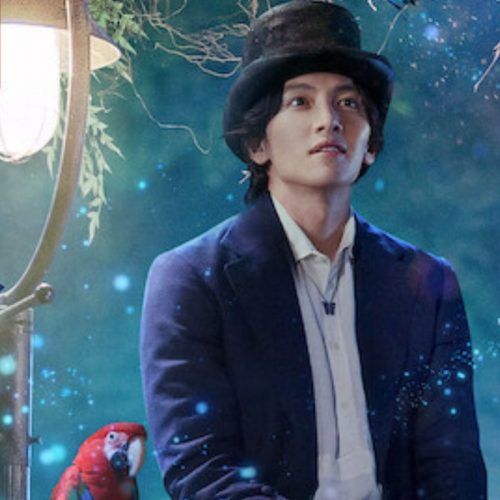 Titled The Season of Kkokdu, the fantasy K-drama by MBC also stars Kim Jung-Hyun and Im Soo-Hyang and revolves around the love story between a grim reaper and a doctor. According to reports, Lee plays a supporting role as the ex-boyfriend of Im’s character and completed filming for around 10 episodes. MBC has temporarily put production on hold following his passing. The show’s cast and crew also visited his mourning altar at the funeral home in Myongji Hospital in Goyang, Gyeonggi on October 31 to pay their final respects to Lee.

Not to be outdone by Spotify, Apple Music releases 2022 Replay Roundup