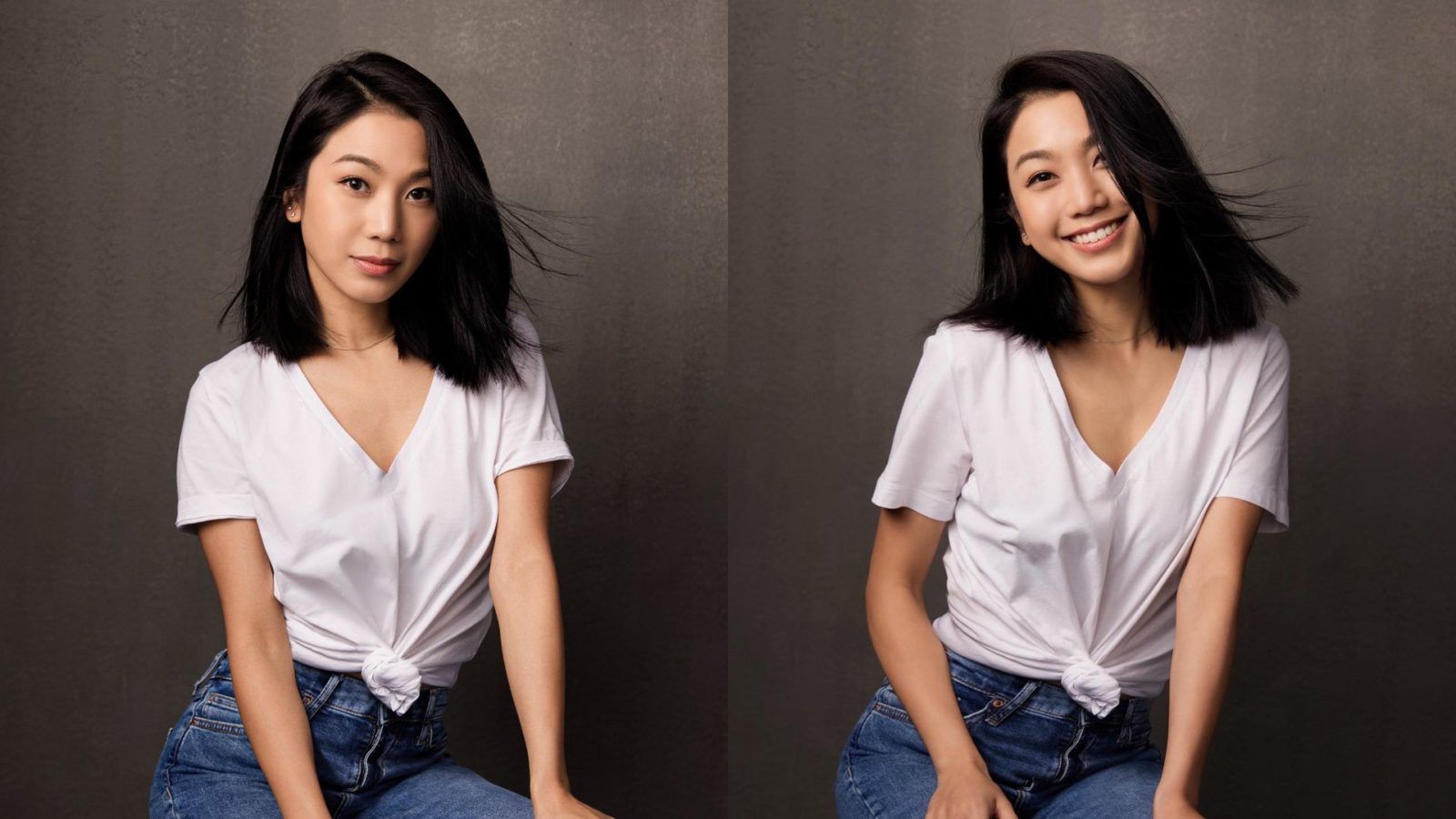 The artist, actress and mental health advocate opens up about her music, heartbreak and sharing her journey to help and heal others.

You may know Lesley Chiang the actress and singer, famous for records like “爸爸放心我出嫁” (PAPA)” or “Until We Meet Again“. You may even know her as the daughter of a famous Hong Kong actor. But I first knew her as Lesley, depression survivor. Before we spoke, I was already deeply moved by her sharing on YouTube with local mental health awareness organisation Talking Mental on accepting and loving herself. It can be easy to put on a face and act like everything is great because other people expect us to be, especially in a high-pressure place like Hong Kong — something she addressed in her video, openly and honestly. And when I had to chance to interview her, I jumped.

“Most people have this misconception that Lesley’s good now, but they don’t realise that depression is truly a lifelong battle,” she tells me. “It just depends on when it comes back, how heavy it is this time, your brain chemicals and what’s triggered you.”

Next year marks the 10th year of Lesley Chiang’s battle with depression. After a difficult breakup in 2013, she thought her feelings were normal symptoms of sadness and heartbreak. But after a few months, she began to realise that her thoughts were getting more dangerous and scary. And that’s when she decided to seek help, and was diagnosed with severe clinical depression — starting her journey toward a healthy and happy state of mind.

One thing that’s clear when speaking to Lesley Chiang is how much she wants to spread positivity and raise awareness when it comes to mental health issues. As someone who’s gone through depression before, I’m touched by how open she is to share her own experience.

“Understand that there’s no hate involved, there’s nothing wrong with you and it’s not your fault. Everybody has their own timing and journey when it comes to this tough topic. We just need to be more aware, patient and kind because there’s no blaming, no comparing. It’s not a game. It’s just simply a sickness,” she adds.

When did you first realise you had a talent for music?

I feel like I came out of my mom’s body and was just [singing] ‘ahhhhhhhhh’. I was born a singer. My first memory was dancing and singing in front of the TV, imitating Janet Jackson and Madonna. I told my mum I wanted to be a performer when I was 3. I cannot imagine life without that idea, and thank God, I’m 36 and this is still the biggest passion in my life.

What shaped your musical tastes?

I was deep into the ’90s, so I loved Britney Spears, NSYNC, 98 Degrees, Mariah Carey. When I started writing songs, I was super into J-pop like Aiko and Mr. Children. Even up until today when I’m writing, there’s a hint of that ’90s girl in there that I love. I’m also the first Chinese songwriter to ever write a first theme song for a K-pop group, so I’ve also gotten my swag from that.

Are there any Hong Kong artists who have inspired you?

I love Joyce Cheng’s journey. I’ve known her since I was born and we grew up together in Vancouver. To go from having imaginary concerts in the basement to seeing her having her Hong Kong Coliseum concert, that’s both inspiring and touching for me because I know how destined she is to live this amazing life she’s living right now.

What’s the first song people should listen to when they’re getting to know you?

If you want to know my journey, you should listen to “Until We Meet Again”, it’s my love letter to heartbroken people. I hope it reaches people going through bad breakups and heartbreaks to let them know that they are not alone and it’s normal to feel these emotions. Or “Tonight”, and then go on to listen to my new song “Papa” — hopefully that can encourage the listeners to believe how things can change.

Where does your inspiration come from when writing?

Ever since I started professionally writing songs at 16, I can finish a song within 10 minutes. I would say 90% of my song ideas come from my dreams. I have had very musical dreams since I was a teenager. The other times would be when I’m in a mood; whether I’m happy, sad or angry, I like to sit on my piano and jam it out.

How has music helped you through your mental health journey?

My music has become more layered, deeper and more meaningful after my depression, in a positive way. People do say, with something really sad comes beautiful music. I released two of my favourite songs at the height of my depression: One is called “Until We Meet Again” and the other one is “Tonight”. This is the song that saved my life. “Tonight” was going to be my final goodbye letter to the world. I was writing on a balcony and all of a sudden I thought about what chords would go with this song, so I ended up going back into the house to complete it.

I hope that through this terribly sad song, people not only feel not alone, but they hear it ’til the end because I recorded the last few seconds of the song years later and it was much happier. It’s a sad song, but at the end, it still has a very uplifting message.

What systems have you developed to support yourself emotionally?

My first method is to humanise my depression, so I named him “Borat”. When you give your emotions a personality — of being an asshole, a compulsive liar — it’s easier to brush off the nasty thoughts in your head. “Oh that’s Borat talking”, “that’s Borat’s personality”. When I feel that I’m not worthy, I just go like, “Shut up Borat“. My second system is that everyday, I write down a number. “0” means I’m totally fine, “10” means the apocalypse. When I’m not in the mood to talk about my feelings, I can just send a number to my friends and say “Sorry it’s a 4 today”. Then my friends will immediately understand.

How has your family supported you through depression?

Being Canadian, I’ve always been open to mental health. At the beginning of my journey, I was a bit worried with worrying my father — a traditional Chinese man in his 70s — to let him know that I was struggling. After opening up, I realised how accepting my father is, because his love for me is so big. I also come from a multi-racial, cultural family, so that helps because thinking back to my grandma’s generations, they’re already quite vocal about their feelings. And that’s hard to come by.

Anything else you want to add?

I really hope that schools all over Asia and Hong Kong will open up their budget a bit more for mental health education and awareness. Because for the past two years, the suicide rate with students went up 44%, which is the scariest number. It should be both a serious topic and a topic that can be talked about casually, normally, and regularly, as if it were talking about a pimple. It’s the most healthy thing on earth to be aware of where your mind is at, so I encourage the schools to prioritise this.

If you are struggling with mental health, there are a number of resources that are available to help, including the Suicide Prevention Services 24-hour hotline (+852 2382 0000). For a full list, click here.