Home > Culture > Music > Tuning In: minor. on their obsession with The 1975 and finding themselves through music 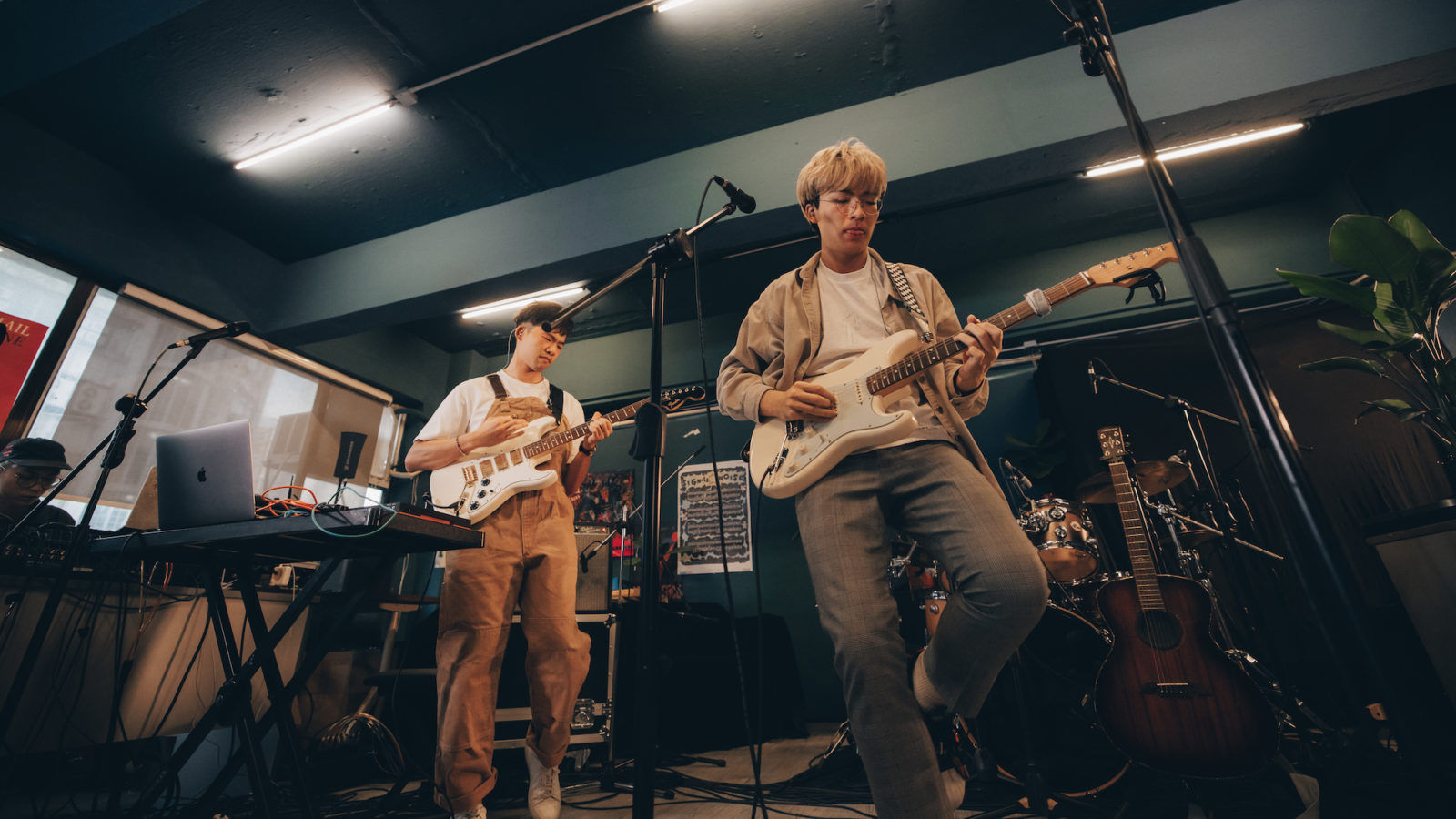 Culture
Tuning In: minor. on their obsession with The 1975 and finding themselves through music
Share this article
Next article

Him Tang and John Leung, the voices behind minor., have been dominating Hong Kong’s indie playlists for the past two years. They sit down with Lifestyle Asia Hong Kong to discuss their love for The 1975 and letting go of the past through music.

Formed in 2020, minor. is a music project by two Hong Kong artists, Him Tang and John Leung. After growing up between Hong Kong and England, the two met at university in London and found their interests in music aligned. In the beginning, Tang and Leung were simply messing around, experimenting with different sounds. But as graduation approached, the project snowballed into something bigger, and eventually the pair decided to give it a real try.

Writing about the minor sentiments we all experience in life, minor. finds inspiration from a mix of artists, including Tang and Leung’s personal favourites, The 1975 and Joji; to ’80s musicians they listened to growing up, like Anzen Chitai and Beyond. Two and a half years into their musical journey, minor. has secured a soft R&B sound with a tinge of electropop. Get started with their most popular songs, “SOUL”, “92” and “Whenever I See You”.

Tang: It’s a homage to the little things — the minor things — in life that catch our attention.

Tang: I started learning piano at a young age, like, three years old or something. Then when I was in Year 5 in primary school I took up the guitar as well. In secondary school, I joined the Chinese orchestra. Aside from instruments, I grew up listening to Cantopop classics like Beyond, as well as western pop like Green Day and Twenty One Pilots.

Leung: Likewise, I began learning the piano and the violin at a young age. I was never really interested in classical music, but y’know — Asian parents. Eventually, I moved to England to study and was exposed to the UK music scene, where house, hip-hop and grime were popular. England not only opened my eyes to the different music genres out there but also allowed me to really let go and enjoy music for the first time.

Tang: My Chinese name, “Him”, actually means humble so I don’t want to say I’m “good” right now. But I do think I’m slowly building towards that statement as we make more music.

Tang: I listened to music from all over the world growing up, so it all has an influence on my current sound. From my parents, I learned about Cantopop classics and J-pop; I played African percussion when I was young; and I preferred Latin music, blues and jazz as a teenager, as opposed to my peers who were all into K-pop.

Leung: When I first went to England for school, I began going to a lot of underground or indie music concerts. I remember seeing a lot of small artists back then, and now they’ve grown into superstars playing at Coachella and the likes. Living in England taught me that there’s not just one formula to music like it is with Cantopop, but that music can be done in a lot of ways and people will still enjoy it.

Both: “92” — there’s nothing that really stands out about it, it doesn’t catch you by a word or phrase, but it’s peaceful and subtle and that’s what we’re about.

Tang: “DH00278 (Live from The O2, London)” by The 1975. It’s a live recording that liberates me as a performer. It teaches the kind of energy or emotion I should put on stage. The main singer, sort of my role model, is very dynamic and I feel like he really connected to the people in the O2.

Leung: The titular album “The 1975 (Deluxe Version)” by The 1975. I listened to it a lot when I was younger and it just makes me feel so nostalgic whenever I play it now.

Tang: For my entire life I’ve had difficulties when it comes to expressing my emotions. There’s so much I want to say but I tend to keep it bottled up inside. Music is the only way I’ve managed to channel it out. I’ve also learned to open up more with music. So, I would say it’s like my spiritual food, my salvation.

Leung: Music is something that can get me to sit down and focus and I don’t really have to try too hard for it. It’s a good way to express my creativity and energy.

Tang: For me as a writer, inspiration strikes anytime, anywhere. Sometimes it’s a phrase I hear or just a word that pops up in my mind, other times I go to my workstation, mess around and make beats. When it becomes something catchy and workable, I pass the baton to John, who then does the arrangement and production.

Leung: Before a show, I like to listen to music that gets me pumped. And after, I can’t say no to a good beer.

Tang: The beer’s just for John. Post-show, I like to talk with our fans and just get to know them.

Tang: I would say it’s myself. I feel chained by my past and the things that happened. I’ve always been timid, so now, standing in front of over 40 people performing my own songs, it’s sort of like I’m trying to let go of the things that have always held me back.

Leung: Mine is less deep. I would say creating sounds I’ve never heard before is one of my biggest challenges. Because there’s such an abundance of songs out there, it feels like everything has been done. So I’m constantly looking into different sounds, different arrangements or different dimensions.

Tang: Our sound started off very rough and instinct-driven, and we made a lot of lo-fi music. Over time, though, we began to understand the kind of sound we like, and now we’ve narrowed it down to electropop with R&B influences. Sometimes you just gotta start and only through experience will you uncover what you really like.

Tang: We’re actually taking a two-month hiatus — a summer break, if you must. We got sort of burned out a while back so we don’t want to force anything. But when autumn comes, you bet we’ll be back!

Hong Kong Music tuning in Hong Kong Musicians #lsatuningin lsatuningin hong kong music minor.
You might also like ...
Culture
Tuning In: Kiri T on finding inspiration from different cultures and binge-eating skewers post-show
Culture
Tuning In: kiyu on being a “genreless” artist and how Hong Kong shaped his sound
Charmaine Ng
Editor
Charmaine enjoys eating steamed broccoli and knocking back cups of spearmint tea, all in the name of health. Covering art, beauty and music :)
Sign up for our newsletters to have the latest stories delivered straight to your inbox every week.