Home > Culture > Music > Listen up! Here are all the new Spotify updates in 2022 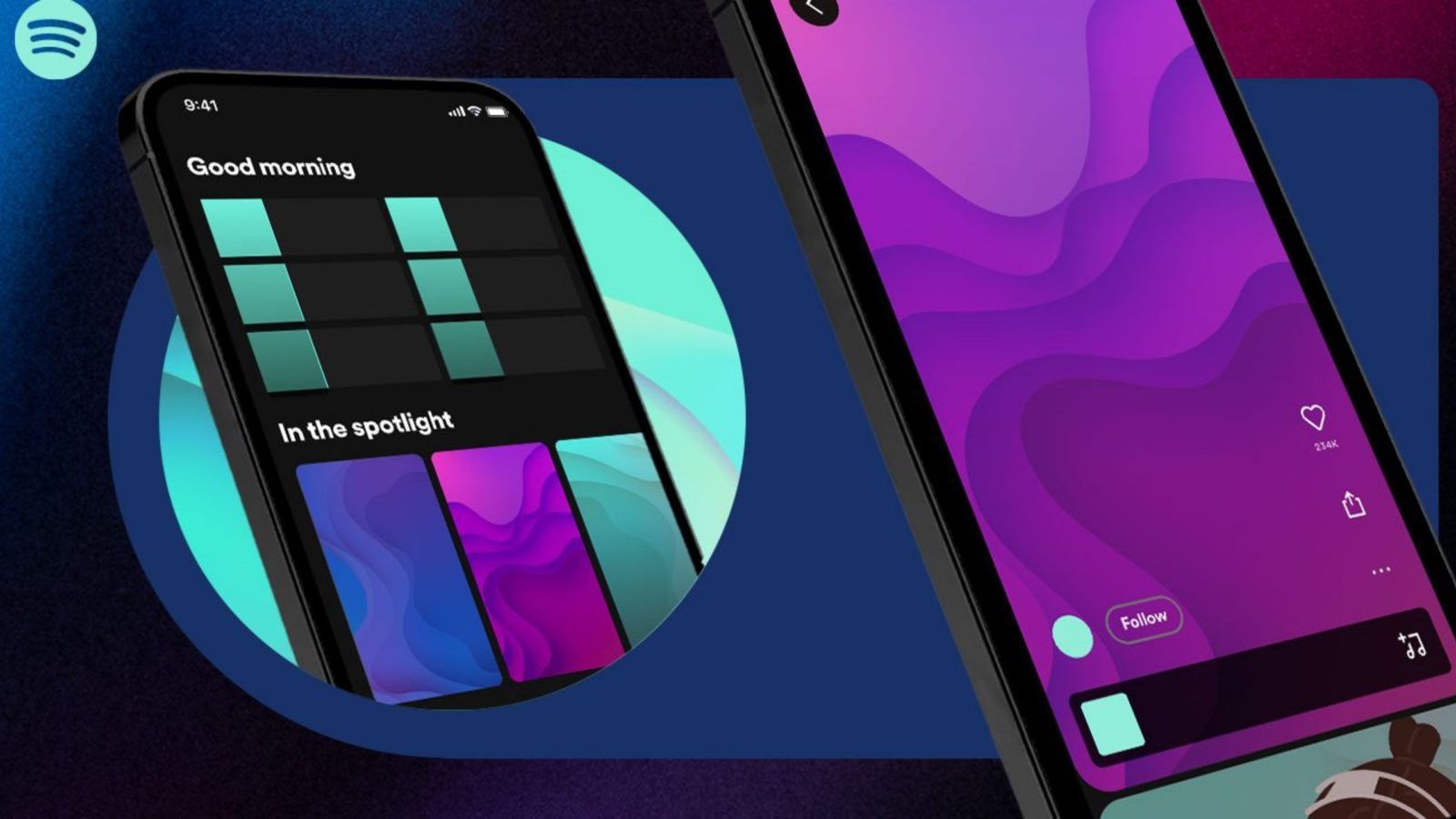 Culture
Listen up! Here are all the new Spotify updates in 2022
Share this article
Next article

Noticed something different about your Spotify app, but can’t really put a finger on what it is? It might be the app’s new icons. Here are all the new features introduced to Spotify in 2022.

In 2008, Spotify changed the way we listen to music when it launched with millions of tracks and podcast titles on its free and premium versions. According to its website, Spotify is a “digital music, podcast and video service that gives you access to millions of songs and other content from creators all over the world.” As the world’s most popular audio streaming, it boasts a powerful community of 406 million global listeners across 184 markets today.

The makers of the app have been able to achieve this feat by constantly enhancing creator as well as user experiences by introducing new features and upgrading its tools and interface. For instance, 2021 saw new features such as video podcasts, Q&As and Polls, shared playlists called Blend and the voice-controlled in-app experience “Hey Spotify”.

Additionally, with curated playlists such as RapCaviar, featuring star rappers, and Discover Weekly, listing fresh music every Monday, the audio streaming app is vying to create personalised playlists for its users.

With innovations like these, Spotify gives listeners newer ways to engage with music and podcasts.

All the New Spotify Updates Introduced in 2022:

You may also like…
Culture
You can now listen to your favourite Netflix soundtracks on Spotify
Gear
Apple’s latest iPad Air works hard, plays hard and everything in between

In January 2022, Spotify introduced a new ad format called ‘Call-to-Action Cards’ that focuses on podcast listeners. Supported by its streaming ad insertion technology, the feature will show visual ads when the audio ad starts playing. Additionally, users will be able to see these ads while exploring the app.

With this feature, advertisers can use eye-catching images, customisable texts and clickable buttons like ‘Shop now’ in these ads. Meanwhile, the streaming ad insertion feature enables the visual ad to appear on the screen along with what users are listening to, making podcast ads interactive. This also helps listeners to easily recall the brand, product or service they may have heard about earlier while listening to their favourite podcasts.

The ‘Call-to-Action Cards’ cards are available for US advertisers on Spotify Original and Exclusive podcasts.

Icons get a new look

A brand’s typography plays a major role when it comes to its branding and recall value. Keeping this in mind, Spotify rolled out a refreshed look for its icons after six years of its major redesign in 2016.

This time, again, the app’s design systems team Encore Foundation partnered with iconographer Rob Bartlett to create a fresh set of icons. The new icons will have bolder strokes to enhance readability. This means the weight of the strokes has been increased and made thicker.

Spotify has opted for two icon sizes — 16px and 24px, which will have stroke sizes of 1.5 pixels and 2 pixels, respectively. In doing so, the audio streaming app has further simplified its icon system. All other sizes of icons will be in accordance with these to align them with Spotify’s current typography.

The changes have already been implemented on mobile and desktop apps and will be seen on Spotify’s other platforms (and devices) gradually throughout this year.

With just a couple of taps on any app store, we can download various apps that entertain, inspire and help us stay connected with others. Digital distribution platforms, such as Google Play Store, act as a one-stop-shop for downloading complementary and freemium apps for our usage.

Thus, Android users who have downloaded the Spotify app from the Google Play Store will have the option to pay for the app’s premium subscription services with either Spotify’s payment system or with Google Play Billing.

Seen as a first, the two options will be available side by side in the app, allowing consumers to purchase using either payment option. The first version of ‘User Choice Billing’ is likely to be released later this year.

Through this multi-year partnership with Google, Spotify aims to improve consumer experiences for premium users and “allow developers to grow and thrive.”

Spotify launched ‘Blend’ in 2021. It is described as a “shared playlist that combines the best of Spotify’s personalisation capabilities and collaborative playlist functionality into a single shared playlist, making it easy for users to get into a listening session that is made just for them” by Spotify.

In March 2022, the audio streaming service introduced two new updates to Blend. While the first one enabled users to ‘blend’ with up to 10 of their favourite people in a group, the second update allowed them to do so with some of their preferred artists. Both will be updated daily for free and premium users.

To use this feature, you need to search for Blend in the app and then send invites. Once your invitations have been accepted, Spotify will generate songs and recommendations in your Blend playlist according to the preferences of all users in the group. You can even share the collaborative playlist on social media through a custom share card received through Spotify.

On the other hand, fans of BTS, Charli XCX, Lauv, Megan Thee Stallion, Tai Verdes, Xamã, Camilo, Diplo, Angèle, Badshah, Kim Loaiza, CRO, Benjamin Ingrosso and other musicians just need to click the link in their names, and Spotify will merge the artists’ preferences of music with your playlist. This will help you to ‘blend’ with these artists and learn about their creative influences.

Spotify is always brimming with creative and original content to provide the best audio experience to its users. But now, Spotify is looking at playlists created by its users and influencers.

Throughout April, Spotify will be testing the Featured Curators pilot that will highlight popular user playlists existing on the platform along with playlists created by Spotify.

While this feature is made available for certain curators, who have established followings and popular playlists on the recommended in-app and its homepage, it will be upgraded throughout the testing period.

At the Spotify ‘Stream On’ virtual event in February 2021, the company had announced that Spotify HiFi will be rolled out for its users later that year. However, Spotify CEO Daniel Ek, during their quarterly and annual earnings release in February 2022, hinted at a further delay of the HiFi subscription tier over licensing issues.

Whenever the feature releases for users, we hope it follows Apple Music’s upgrade to the spatial audio and lossless music offerings.

Spotify spotify podcasts google pay rapcaviar discover weekly
Moyena Parikh
Moyena loves exploring personal development and spirituality. She believes in the power of words. She is also passionate about food, dancing, finance, and her family.
Lifestyle Culture Entertainment Wellness
Sign up for our newsletters to have the latest stories delivered straight to your inbox every week.