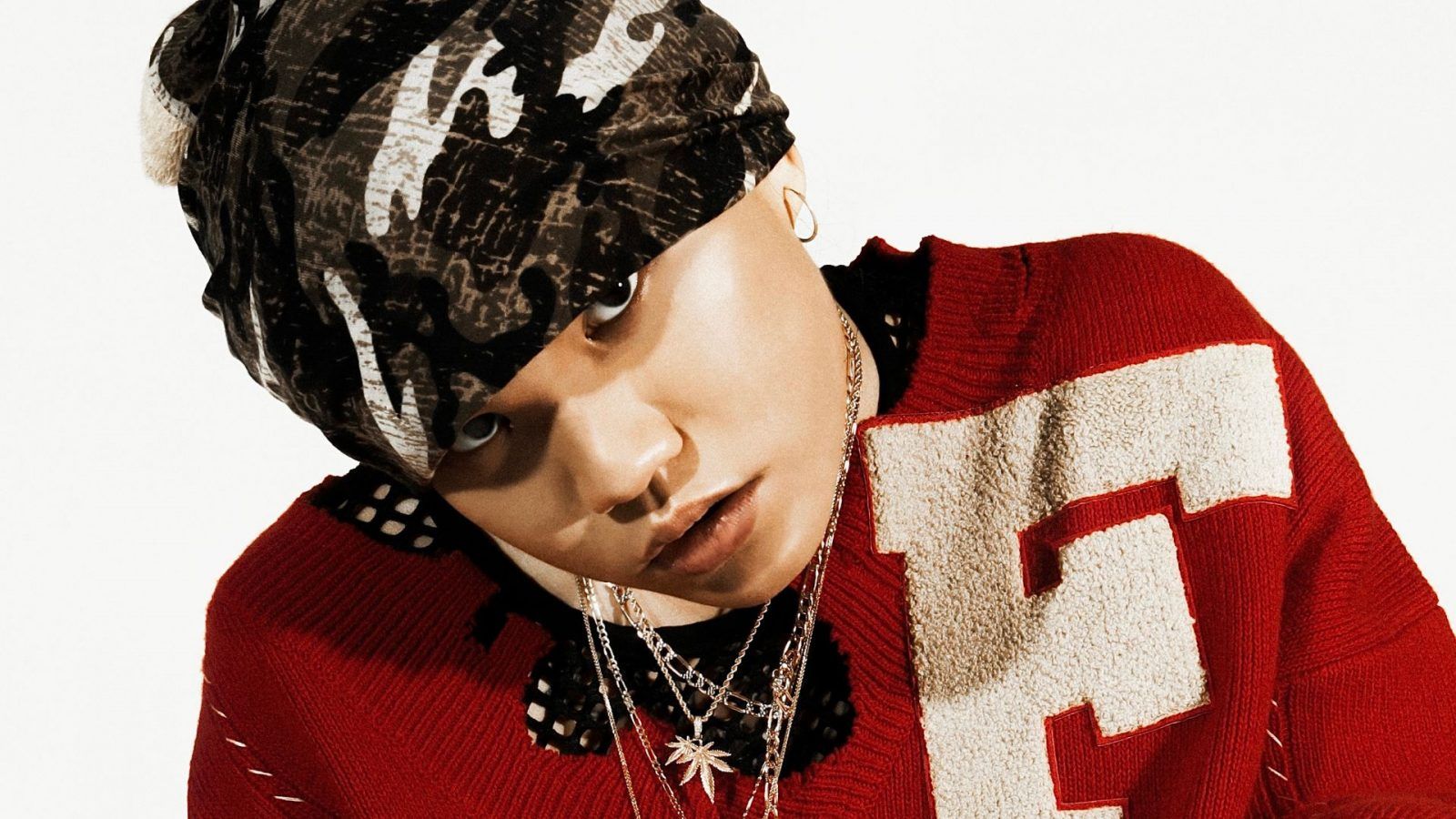 Born and raised in Hong Kong, the rising artist and designer Novel Friday talks to Lifestyle Asia about his musical beginnings and how art helped him find his identity.

You can learn just about anything from YouTube. And if you’re Novel Friday, the silky smooth, Canto crooning, Hong Kong hip-hop Casanova, you can even make a career out of it.

“I learned and experienced everything about music from YouTube,” says Novel Friday (or just ‘Friday’), who signed with Hong Kong independent label Greytone in 2020, dropped his first solo album Under the Sun (在陽光底下) in 2021 and has already started 2022 with a bang, dropping singles and features alongside rising stars like Teriver Cheung and Anna hisbbuR. He’s even working on a clothing line — Friday Is A Mood — to explore his interest in design.

Not bad for a self-taught musician.

With heavy spins on Spotify and Apple Music, numerous live shows lined up this summer (“stay tuned on my IG,”) and plenty of new music (“over sixty songs,” he adds) ready to drop at any time, we caught up with the rising star to talk about his beginnings, finding his identity and gratitude for the journey he’s on.

You may also like…
Culture
10 Hong Kong hip-hop musicians to add to your playlist in 2022
Culture
Tuning In: Luna Is A Bep on the origins of her name and rapping in Cantonese

People around me used to listen to Cantopop; my Mum keeps playing Thai music. Family members used to switch on the radio and television, with mainstream music only — I was raised under this atmosphere.

When did you realise you were musical? Was there a moment when you realised you were good?

I started exploring the world of multimedia creation since I was 18, which began with painting and illustrations. Suddenly I felt like I wanted to try on songwriting and composing — and a bit of clothing design — and music, it seems it’s what people love Novel Friday to do, so that’s why I keep working on it. And I am grateful for those people I got to know in this journey.

What’s the first track someone should listen to get introduced to your sound?

People in Hong Kong, such a small city with high population density, they are rather conservative and keep distant from one another. In Thailand, I was in tiny village with around 50 people only — even though I have not been back for few years, the neighbours would remember me and be able to call my name.

As a third culture kid, art is the way that I could find my identity. And music is a channel to express myself, to tell my emotions and my words. It’s the best communication tool for me.

“I fall in love too easily.” — Chet Baker

What’s the first song you ever learned by heart?

Who are your favourite musicians or artists? How have they inspired you?

Chochukmo, Tyler, the Creator and Ellen Joyce Loo. Their music is outstanding, each show a comprehensive worldview and value. I am honoured to be influenced by them and raised in the environment with their music.

I have been producing in the studio day and night, it is a timeless space for me. I have made four albums with over 60 songs — those are not released yet.

Where do you find inspiration outside of music?

Recently, I’m focusing on t-shirt printing (@friday.is.a.mood) — it’s something new and interesting for me. I did crossovers with different artists, jammed together and created something good, surprisingly. Please stay tuned with us.

When can we catch you performing next?

I have been waiting for my show in Madison Stadium, which I did also announce to my fans before. But there are too many performances, it’s hard to mention them all. Please stay tuned on my Instagram and Twitter.

Hong Kong Music Live Music Interviews musicians tuning in Hong Kong Musicians lsatuningin lsamusic hong kong music hong kong hip-hop novel friday anna hisbbur teriver cheung greytone
Nathan Erickson
Editor-in-Chief
Made in Seoul and based in Hong Kong, Nathan has covered food, fashion and music from New York to Paris to Oaxaca. He enjoys street photography, buying too many hooded sweatshirts and he'll never turn down a tequila soda. Catch him on weekends hiking trails all over Hong Kong in hopes of finding his idol, Chow Yun-fat.
Sign up for our newsletters to have the latest stories delivered straight to your inbox every week.

Tuning In: Tomii Chan on Doraemon, D’Angelo and becoming a soul singer